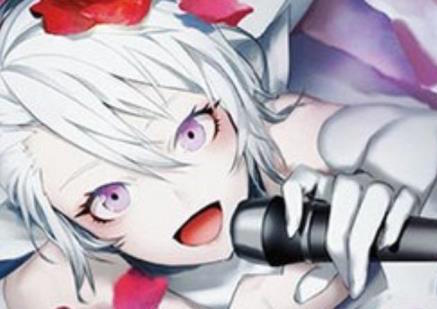 Aquria, the developer of Sword Art Online: Hollow Fragment, and FuRyu, the publisher/ developer behind Legend of Legacy and Lost Dimension, are collaborating on a PlayStation Vita JRPG that, quite literally, instantly sung out to me as a game that I will adore.

Now, the game itself will apparently have nothing to do with the Roman emperor or that film, but as I read more details about it, I was being sold on it more and more. It’s being written by the same guy that wrote Persona and Persona 2 (Tadashi Satomi), and it has a theme with real potential: according to Gematsu: “‘Caligula’ refers to wanting to see things we’re not allowed to see, or do things we’re not allowed to do.”

Sounds like it could be exquisite, right? Well, it gets better. In the game, the protagonists are locked up in a virtual reality world where all humans are turned into ideal high school students and spend their time repeating high school life. Which sounds like it will tap into a pet area of study for me – the idea of constructed reality through art.

But wait, it gets even better. The virtual reality world that the characters are inhabiting is the construction of a vocaloid.

No wait. Let’s let that set in for a second.

This is a game in which people are trapped in a virtual reality world created with a vocaloid and forever get to be high school students enraptured with her voice. Sounds like it’s part Danganronpa, part every Hatsune Miku fantasy I’ve ever had (and Miku producers, such as Oster Project, are participating in the project too), and then written by the dude smart enough to invent Persona.

So, like I said. This game has the legitimate potential to become my favourite game ever. Hopefully someone (hi, NISA!) picks up localisation rights.

Review: No Pineapple Left Behind (PC)