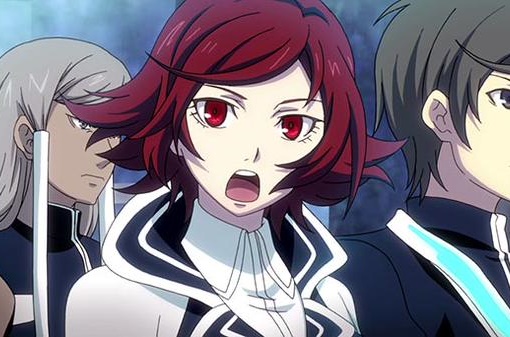 When I started playing Lost Dimension, I thought I might find myself enjoying my time with it. It seemed it was setting itself to be a mix of Danganronpa-style game theory philosophy and tactical RPG, and that’s a kind of game that I will always have time for.

As it turns out, I was right. Lost Dimension is indeed a mix of narrative-heavy Danganronpa-style game theory concepts, including the likes of the prisoner’s dilemma, and tactical RPG. The two very different styles of play complement one another better than I might have expected, too, so while the art aesthetic is woeful, under its ugly exterior Lost Dimension is a clever, focused, and sharp little game (and an excuse to break out the old PlayStation 3, which is always welcome).

There’s a bad dude launching nuclear missiles around and generally threatening annihilation. This dude’s name is The End. Not the most subtle way to set yourself up as a smart, philosophical game (in fact I think calling the character “Iam Nihilism” would have been less obvious), but it’s an effective enough premise in highlighting to players that yes, Lost Dimension wants to be taken at least somewhat seriously as a smart, philosophical game. The End has holed himself up in a tower, and the desperate leaders of humanity send a crack team of heroes in to try and deal with him, each representing a specific kind of special ability that, the human leadership hopes, will combine to do to The End what entire armies of peon soldiers wouldn’t be able to. 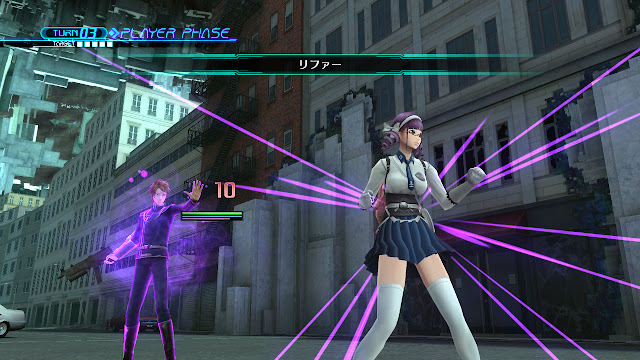 There are a lot of characters in the game, but just to use some examples of the special powers at play here; one of the heroes has the power to set stuff on fire, or alternatively freeze it. She basically works as the team’s sorcerer. Another is a medic with magical healing abilities who… behaves like a medic (sorry, but these character classes will always be the boring ones). Another is a crack shot over a long distance, but my personal favourite is a fellow that has the ability to teleport as he moves, meaning that he can pop behind enemies to stab them in the back, or move to the top of towers with a mere thought. He is effectively the team’s assassin/ fast moving scout type.

Now these characters need to work closely with one another in order to progress through the tower. Enemies have a lot of health and tend to hit hard, but here’s the beauty of the game’s system: it’s a turn based game, and if one of the heroes should attack an enemy, each other allied character that is within range will also initiate an assist attack. It’s quickly evident that the only way to take down bosses is to carefully position allies around them so that they can assist one another in the attack, while also keeping them spread out enough that potential counter attacks don’t decimate the entire team.

Each character develops down a singular, focused skill tree, so it makes sense, mechanically, to have an emphasis on characters combining attacks to take down enemies in order to encourage some complexity in terms of tactics and how teams are put together. It also fits closely with the core theme of the narrative, that the characters, who had never met one another before entering the tower, are meant to form bonds of trust to take down an enemy that threatens all of humanity. Upon entering The End’s tower, they find that they are trapped within its walls anyway, so given that they are prisoners it only makes sense that they try to get along (though not all of them are the friendly types that you would necessarily want to be imprisoned with). 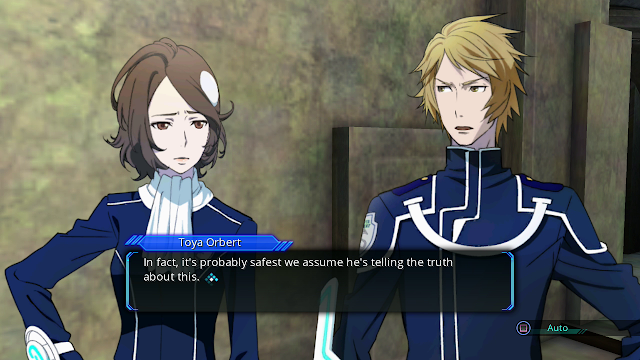 Then The End, majestic in the way he dominates the screen whenever he makes an entrance, throws a curve ball at the team: one of them is a traitor. Bam. Just like that the mind games start, as each participant tries to figure out who the traitor is, and who they can actually trust in battle.

After a couple of tough battles, the characters find the stairway to the next floor of the dungeon. Before they can progress further, however, they are drawn into a very Danganronpa-like court room scenario, where they each need to vote for who they believe is the traitor. Unlike Danganronpa, this doesn’t play out in quite the same linear-narrative-with-minigames-thrown-in manner, however. Rather, players need to consider the clues that they collect following each battle to determine who on the team is the traitor, and then use that information to influence the vote against the culprit. This system is more interactive than courtroom scenes in Danganronpa, and while the narrative around it isn’t nearly as well written, the detective work is a fun process. For people who have played the classic board game, Mastermind, it works like that. For people who haven’t, it’s not as complex as it sounds and in most cases it won’t be too difficult to figure out the traitor. Once the traitor is dealt with, the team can move on through the tower, only to be told that, yes, another one of their number has also turned traitor.

Despite the different approach in gameplay, Lost Dimension is another game in the growing stable of titles that take a look into the human condition through the behaviours that game theory predicts. The idea that in our modern, capitalist world (which so perfectly fits human nature), that an individual will exploit, take advantage of, or betray another when faced with the possibility that someone else would betray them first is a narrative hook ripe for the arts in general, as it implies a criticism of the human condition while also enabling the author to investigate the potential (and potential reward) for humans to deny those natural urges. 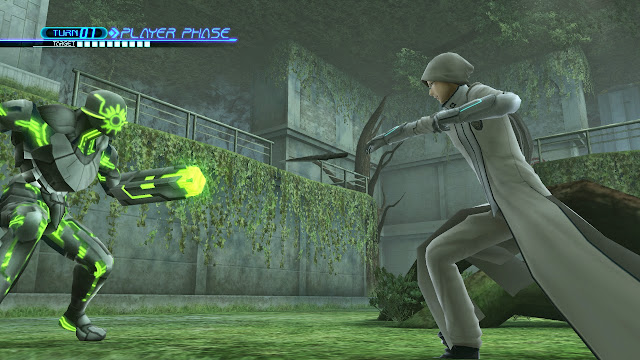 It is a reality that Lost Dimension isn’t written as well as some of its contemporaries, however. It’s filled with too many obvious and easy lines that simply scream out “please take me seriously, because I’m philosophical!” Stuff like when one character says: “Truth doesn’t require proving. Whether you believe me or not doesn’t change the state of reality,” which, while a thought bubble well worth exploring and/or debating, is just so forced that it’s hard to enjoy on any meaningful intellectual level.

Later, the healer character says, bluntly “I get what you’re saying [to the idea that you’re needed in the team as a healer], but this is a place of death and destruction. The people that are here are not worth healing.” Characters also have their own personal philosophies about what’s going on around them, and while it’s noble how many different philosophical pies Lost Dimension has its fingers in, the sad consequence to this is that too many ideas are also underdeveloped. Danganronpa had its own moments of narrative weakness, but the overall picture was focused and single minded enough that it could engage with its ideas on a far deeper level. Lost Dimension, by contrast, is trying to juggle far too many balls in a far too limited time frame.

The actual combat side of things is relatively straightforward, but enjoyable. Characters eventually become multi skilled, because once one character has been revealed to be the traitor they are “removed” from the game, and another character can pick up their abilities so the team doesn’t go without. Developing each character is a fun, albeit relatively simple process, and while each individual level is quite limited in size and length, the difficulty level keeps things interesting. 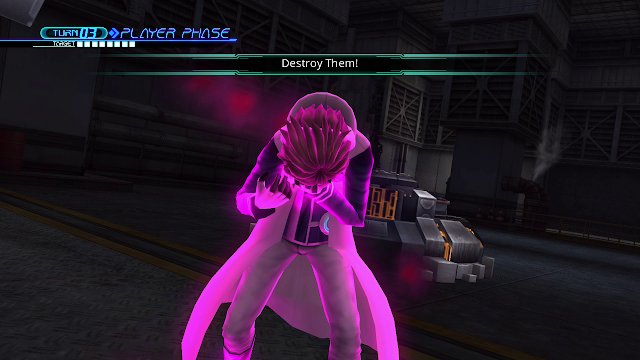 As I mentioned at the start, Lost Dimension isn’t an attractive game, with character portraits being the cheapest grade of anime-style work that I’ve seen in some time. Environments are also very simple in design, and for some reason there are extended loading times, even for the most simple of attack animations. This is very much a budget production, and it’s sad that people won’t look past that, because for its weaknesses the overall narrative does compensate for the more budget visual and audio presentation, and it’s a very replayable game, as the traitors are actually randomised with each play though, so you’ll not be able to predict who the traitor is at any given time.

Lost Dimension was a commercial failure in Japan, and I can’t see it finding a massive audience in the west. But it’s worth a look as a solid, enjoyable tactics RPG, backed by some solid, albeit occasionally laboured storytelling. As a weekend buster, I can’t really ask for more than that in a game.