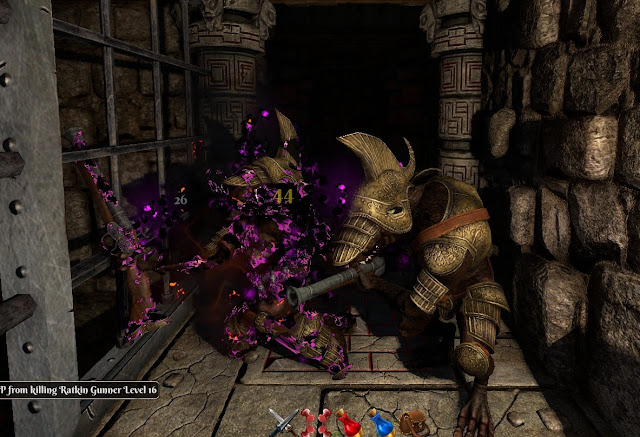 While The Fall of the Dungeon Guardians is clearly an indie effort, it does a lot of what fans of the dungeon crawling genre look for. With a lot of exploration, deep character progression to sink your teeth into, and a nice twist on the typical combat one finds in these types of games, this is a game that is worth looking at twice.

So first and foremost, the familiar. As with most dungeon crawlers, you have a first-person view of the world as your party moves about a dungeon that is broken up into a  grid of squares. Mapping is something of a mix between modern gaming conventions (as in: more forgiving) and classic (as in: more punishing). When you enter a new dungeon level, you have no real means of mapping it at first. You have to find the map and then it automatically shows you where you have been. Additionally, there is usually a second, more detailed map that can be found that shows you everything, secrets and all, but it is usually much harder to find. So you will have good navigation skills for a good part of each level, which brings to mind days with classic titles such as Wizardry and Ultima: Exodus, where a pad of graph paper was all but mandatory to make progress.

There is more of a focus on surviving combat here than solving puzzles, which is just fine as Dungeon Guardians does an excellent job making combat different than most crawlers. Loot is plentiful, and it appears to be completely randomised. This can be both good and bad, as I have had some amazing drops somewhat early in the campaign, even if a few of the combinations make very little sense from a character-building standpoint. There is also an adherence to the four primary classes of warrior, wizard, healer and scout. Races include humans, dwarves, elves, dark elves and halflings, each with their own statistical peaks and valleys. 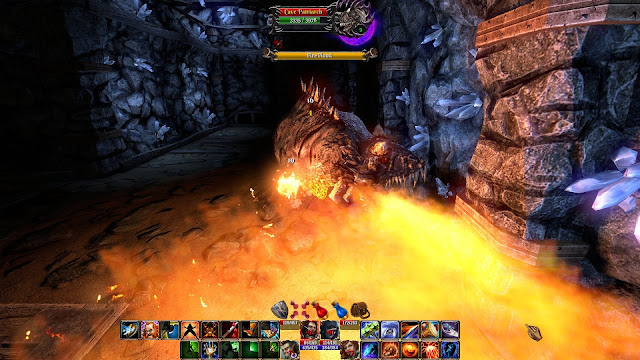 The narrative, as is often the case for games like this, starts simply enough. Your primary character is a new member of the guards tasked with keeping peace inside a dungeon prison underground. Of course, your very first night there, chaos breaks out and the warden hauls arse out of the dungeon and basically leaves you in charge to figure things out. That is when you encounter other similarly green soldiers such as yourself that can be recruited into your party. You can run with a one that is already assembled from pre-generated characters, but I love customising my own characters in RPGs, so I went that route.

As soon as my party encountered their first set of enemies, that was when I realised some of the major differences in the game compared to the genre’s norms. As previously mentioned, combat is an important part of progression, and here combat is real-time with a pause menu that can be used for queuing party commands. Think Legend of Grimrock combined with Baldur’s Gate. Instead of relying on front rows and back rows with your party, where you would stick your warriors on the front line to protect the magic users that would get hit less often in the back, everyone sits on the front line.

Instead of that back rock, Dungeon Guardians tries to leverage a more familiar system of tank/healer/DPS that we seen in a lot of MMOs over the years. Your tank is responsible for drawing the attention of the enemies, your healer has to keep your tank alive, and the other characters need to inflict damage on the enemies. It takes some of the random nature out of the combat, giving you more control over the ebb and flow of it. Of course the boss battles and some larger encounters really can test your ability to manage these aspects of combat, but I came away with the distinct impression that Dungeon Guardians was more fair than many other similar structured titles. 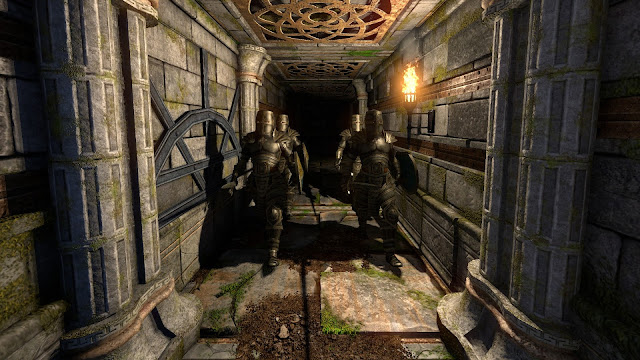 Character progression is solid, because you have a dozen different specialisations that they can branch into. Picking new skills and perks works well, and when combined with loot, it gives your four person party plenty to work with through the roughly thirty hours of play I spent with the game. Visually this is an indie game, meaning it is serviceable without ever really blowing me away. Spell effects look nice and there are some settings that you can tweak to make the game look even better, though the entirety of the game does take place deep underground. This means that there is a lack of variety in the scenery and there is a sameness that starts to settle in after a couple of dozen hours of play. That is not to say that the environments are unappealing, as the use of colour dark tones makes for a solid visual atmosphere, but it never really changes up over the journey.

Related reading: Might & Magic X is well worth a look for people looking for a crawler with greater production values.

The story serves as more of a backdrop, never really becoming a focal point in your actions, but the overall combat and sense of exploration provide exactly what fans of the dungeon crawling genre look for. With mod and map editing support, there are options to expand upon the base game, which is always nice to see for those looking for more beyond the core game. The Fall of the Dungeon Guardians offers up familiarity while still managing to work in some new wrinkles for the genre and is a welcome addition to the genre, despite some of its other shortcomings.

Oh look, the Liberal Party of Australia is now pretending it cares about games