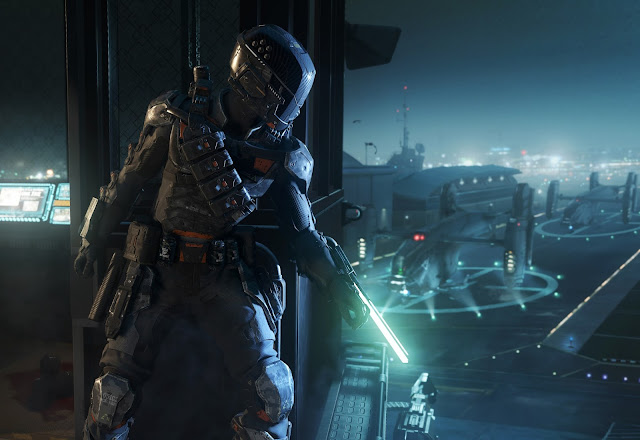 The risk with an annual release is that the lines might start to blur, and the titles begin to feel less inspired from one another. Having different developmental teams on a cycle of releases however, has helped Activision avoid this problem because the different teams often release games that borrow from one another, while still offering their own distinctive takes. Last year’s Advanced Warfare actually did a great job of shaking up the tried and true Call of Duty formula. This year’s Call of Duty: Black Ops III, meanwhile, works great on a technical level, but is lacking that unique twist I was really hoping for this year, however.

I think part of the problem is the eerily similar starts seen in Black Ops III and Advanced Warfare’s campaign modes. Now I know there are a lot of people who only play the Call of Duty games for the multiplayer, and that is completely understandable. But I like to start in the campaign. It helps me to understand the setting, and often serves as a tutorial of sorts as well – which is quite useful if there are in fact new mechanics to learn.

I was a big fan of the story in the original Black Ops, but here in Black Ops III, this is a sequel in name only. None of the events or characters from before make an appearance, and the story itself is something of a misfire. It poses some interesting ideas about artificial intelligence and the repercussions of becoming too reliant on technology. For the briefest of moments, it almost looks like there was some genuine attempt to build a narrative with earnest meaning. Unfortunately these threads do not really come together. Whether it is due to the writing itself, the plot elements, the weak ending or the cast of flat characters, the end result was a campaign that served as a quality tutorial, but not as a memorable experience. 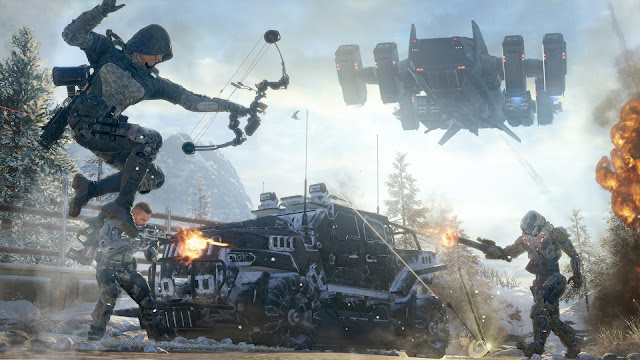 And it doesn’t help that it far too often falls back on old tropes of the series. There’s an unquestioning hero worshipping of the military and military values. The opening level once again positions the American military as the liberating hero, with the “good guys” elsewhere in the world (Egypt in this case) completely lost without these knights in shining armour. This kind of thing doesn’t frustrate me beyond how completely generic it is, but I know editor-in-chief Matt finds this particular trope intensely grating, and I’m sure he’s not the only one.

That being said, there were some aspects to the campaign that I found interesting. The cooperative component is solid and characters get access to technical enhancements, called Cyber Cores, that allow for a degree of character customisation to suit personal play styles. The abilities unlocked by these present a more tactical side to the combat that also gave me some ownership over how I played my character. Level design is solid, but while you unlock abilities that give you the ability to run on walls or make higher than normal jumps, to me the maps looked as though they were designed for the standard ground-bound skirmishes. The levels themselves have been opened up from prior games in the Call of Duty series, and I appreciated the ability to go at enemies from different angles at times, but the campaign is still rather linear and it still boils down to shooting all of the bad guys within a specified region.

Another thing that the campaign gets right is length. This is not a four or five hour campaign, and rings in closer to ten hours or so. Beating the game also unleashes a Nightmare variant. This variation is to present the original campaign in missions that are almost identical to before. Except… with zombies. It is a neat bonus for the company that really struck a positive note with fans years ago with its zombies mode, and the inclusion here for an alternate campaign is actually pretty entertaining as a New Game+ for Call of Duty, so kudos for that. 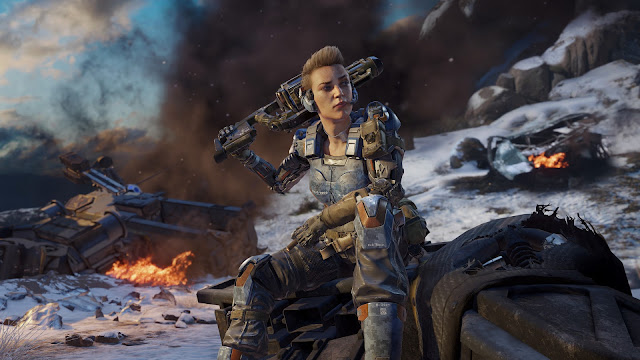 Meanwhile, the dedicated zombies mode: Zombies: Shadows of Evil plants you (and others) on the streets of a city fending off innumerable zombies. This mode has always been an acquired taste and as much as I know others love it, I spend the least amount of overall time with it overall. My son absolutely loves it, and has his early tactics down to a science in the prior Black Ops games, and the same holds true here as well. You explore the layouts, you learn where items are at, which windows to barricade and which directions offer a reasonable opportunity to escape when things inevitably go south. The better you perform, the better equipment and perks you can purchase. One new twist is the Cthulhu-like beast you can become that allows you to manhandle (or is it tentacle-handle?) zombies and bash through sealed doors.

Last, but hardly least, we have the multiplayer modes. What’s your preferred flavour? Team Deathmatch? Free-For-All? Domination? Capture the Flag? They and many more are back and as good as always. The action is absolutely breakneck, with all the speed, wall-running and ridiculous jumping we have come to expect since Titanfall and Advanced Warfare. However, the multiplayer maps are something of a mixed bag. On the one hand, they are well-designed for ground warfare. Appropriate choke points, elevated perches and open spaces as needed show that a lot of time and effort went into these. That being said, I found myself frequently hitting invisible walls and being kept from going places that looked as though they should be accessible using my abilities. And this became quite frustrating over the longer term.

Now, given my preferred method of play online (sniping/camping/don’t judge me), this increased pace and movement sure makes that style harder to succeed I was surprised then, to see just how much fun I had with the online multiplayer despite having to man up, grab a proper short ranged weapon and move about the map as quickly as possible. The progression system, the abilities and the variety of modes really helps to elevate this year’s offering. 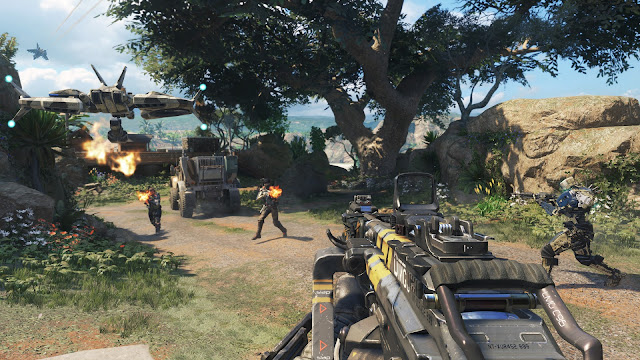 Call of Duty: Black Ops III manages to miss the mark with the narrative in the campaign, despite what looks to be genuinely good intentions, but the tight gunplay mixed with cooperative options and customisations still made the experience fun, if somewhat shallow despite the solid campaign length. Call of Duty: Black Ops III tries to do several things, and does so with differing degrees of success. It all boils down to what you look for in the series. I put most of my eggs in the multiplayer basket and it delivers, but your mileage may vary.

Review: Rise of the Tomb Raider (Microsoft Xbox One)

Review: The Fall of the Dungeon Guardians (PC)