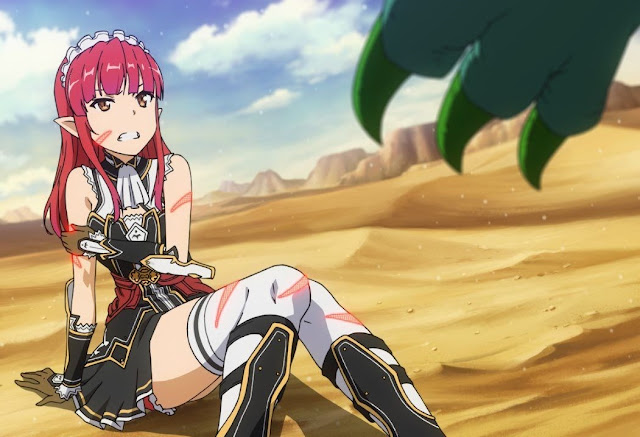 Sword Art Online: Last Song hits a lot of really comfortable notes along the way, making some improvements to gameplay over the original game that should make it more accessible to most players. However, the target audience here is clearly fans of the source material, and others might not come away with as favourable of an opinion .

The characters are the greatest strength of this tale, but unfortunately the story itself fails to stand out. I can appreciate that this is a unique story that is not part of the actual Sword Art Online mythos as we follow the exploits of Kirito and his companions some time after the events of Sword Art Online Re: Hollow Fragment. While there is some exposition here and there, usually told through Kirito’s internal monologue, Lost Song assumes that you are familiar with the setting and the structure of Sword Art Online. Kirito talks a bit the prior game’s events, how they were trapped in a game while their bodies atrophied due to inactivity.

Now, as much as I love video games, if one had tried to eat my mind, I would be a lot less likely to sign up to do it all again. However, that is precisely what Kirito and his friends have done here. Inexplicably they are now playing a new game that has a lot of similarities to the Sword Art Online world – this one called Alfheim Online. And if that little summary doesn’t make sense to you, then the game won’t either, though of course it will make perfect sense to existing fans. Basically, in the fiction of Sword Art, people are literally plugged into the games they play, meaning their avatars are them… and what happens to them in the game also happens to them in real life. 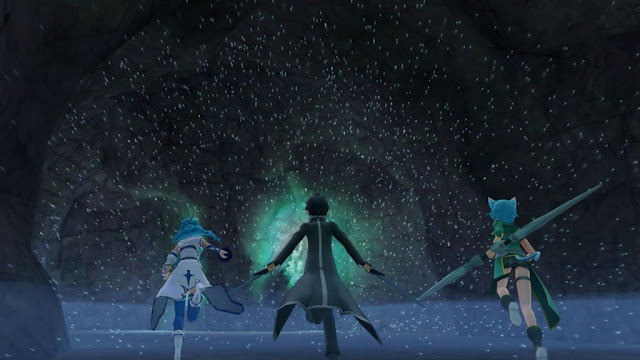 As a way to explain all new mechanics, the new setting works and makes logical sense. Now the characters are fairy-like creatures that can fly about the landscape. This adds a really entertaining vertical element that was lacking in Hallow Fragment. Combat has also been retooled. Instead of the MMO-like cooldown based combat found in Hallow Fragment, Lost Song is focused on a more action-based experience.

What works less effectively is the narrative weight. Instead of literally fighting for their lives (since in Hallow Fragment dying in the game meant dying in real life), there is this constant realisation that Lost Song is, at the end of the day, just a game. The crux of the story is a competition with a guild called Shamrock, and Kirito and his companions are racing against this other guild in an effort to see who can clear the game first. I am not saying that all JRPGs need to be heavy life and death affairs, but the tone of Lost Song is in such sharp contrast with Hollow Fragment that the story never really hooked me in.

Thankfully lacklustre narrative is rescued by characters who often amused me with their playful banter. Many familiar online gaming truths are the topic of discussions between characters, and while some miss the mark despire clearly gunning for humour, the majority resonated quite well with me. I also simply enjoyed most of Kirito’s companions. Their interactions often brought a smile to my face, so I was able to invest in them, even if the story itself was a different matter. 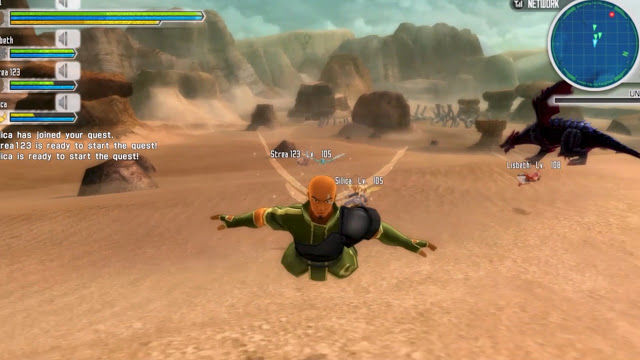 Additionally, the real-time combat system is far more accessible than the one found in Hollow Fragment. The mechanics basically alternate between powerful timed melee attacks and ranged attacks meant to whittle away at enemies. The different areas are filled with enemies, which should appeal to fans of grinding. This does however, limit exploration for the very same reason. You can of course try to circumvent combat, but it is often unsuccessful and at the end of the day, I just found it quicker and more effective use of my time to barrel into enemies. While this system is far easier to get into, this ease of access also comes with limitations. By the end of the game, the combat begins to show how shallow and repetitive it can be. Do not get me wrong, I enjoyed it, but the sense of character development was too slow for its own good.

The visuals and music really compliment the setting nicely. The bright, colourful characters and backgrounds are both details and fluid. There is plenty of variety in how outfits and weapons look and combat is often an eye-pleasing spectacle, and that is something that not a lot of JRPGs that don’t come from Square Enix can claim. The music also appealed to me, with a lot of soft, subtle tones that worked well for exploration and then would rise to the occasion for combat. When I was flying around the world and diving into battle, the music, visuals and controls came together to create an enjoyable experience over the nearly two dozen hours I spent with the game.

The multiplayer component is worth mentioning as well, because there are a couple of options. One is to of course topple big bosses with a party of friends in a style that will no doubt remind of Monster Hunter games (but admittedly, less epic). There are also competitive option that plays out against other players. It is fun, but were not enough hooks to keep me coming back to that mode very often. The one against one battles at least provide variety when compared to the more predictable AI/monster fights, but it was more a distraction than a fully fleshed out mode of play meant to absorb several hours of your time. 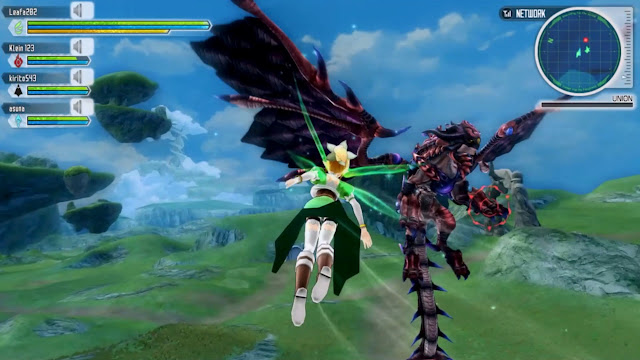 Sword Art Online: Lost Song is an interesting title, because its intuitive combat is an easy way for newcomers to experience the game. At the same time, it has a story and history that really is geared towards those who are already familiar with the series and the prior video game entry. Those two items are somewhat at odds with one another, but if you can get past that and the middling story, I found the actual characters and humour engaging.

Funcom’s The Park coming to consoles early next year