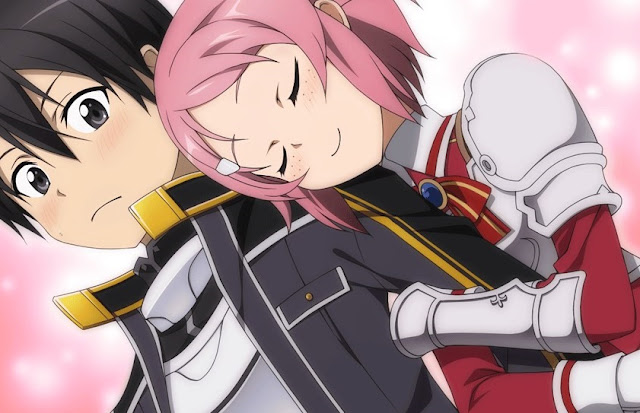 An exciting combat system and lots of hours of gameplay help compensate for a very ho-hum story. Sword Art Online Re: Hollow Fragment is not the most accessible action RPG out there, but it gets enough things right along the way to make the experience worthwhile.

Having played the PlayStation Vita version of the game last year when it released, a lot of my thoughts mirrored Matt’s when he reviewed it. It is interesting to see how the world of SAO looks and feels the part of an MMO, without actually being one. That much is the same here. The visuals are certainly an improvement on the PlayStation 4, but they have a simple, clean, colourful look that is more pleasant than spectacular.

Unfortunately one of SAO’s biggest technical hurdles is visual stuttering that I do not recall from the Vita original. I’ve got no idea what has causes this to happen, as we’ve certainly seen the PlayStation 4 handle more complex, demanding games than this one, but this was especially noticable in town and during busier battles and visually active stages. The most likely cause is poor optimisation or a rapid development cycle, but it’s just not good enough. 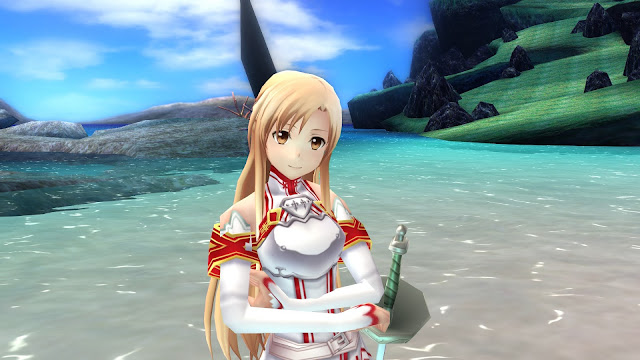 With regards to the game itself, there are a handful of systems at play that I found to be really interesting. The tremendous number of weapons and the skills that unlock with them really allow you to customise your character in a exhaustive variety of ways. I love to tinker with my characters and study my progression options, and so the complexity of this system was a hit for me. Additionally, while the visuals were upgraded, so was the localisation. It is not an exaggeration to say that the Vita version of the game last year suffered a genuinely broken English. Re: Hollow Fragment has remedied that with what looks to be an almost wholesale update to some areas of the text, and the experience is far better for it for two reasons.

The first and primary reason is that there is a lot of dialogue in SAO. And I do mean a lot, with almost visual novel-reading involved at times. I certainly do not mind that… in fact, I prefer lots of narration, but that’s only going to ever work if the basic rules of English are followed in the writing. The other area the improved localisation helps is in the game’s learning curve. Tutorials and backstory make a great deal more sense now than they did on the Vita release, which makes for a far less frustrating initial impression.

The story that the game follows means that it makes sense that it also gives off such a clear MMO vibe. It is supposed to be a world that is for all intents and purposes an MMO. The combat is brisk with multiple layers of strategy to it. Just hammering away at your attack button is not going to win the day, as there is timing and continually changing conditions to account for. Things become even more challenging during the tremendous stage boss battles. 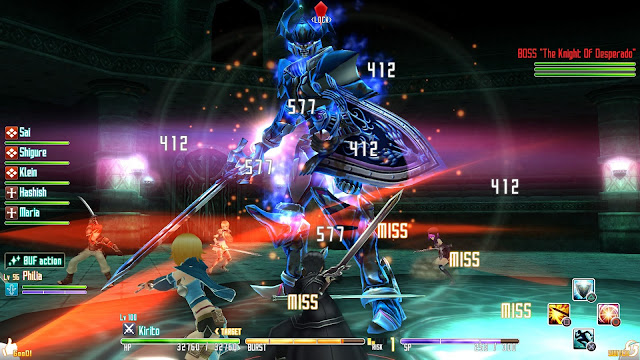 Here your character takes on impressive fiends who cannot be felled by one or two people. This becomes a large battle involving lots of other NPC participants. This play out like the raids of more traditional MMOs like Final Fantasy XIV. Not only does all of this character management add a new wrinkle to the combat itself, but it also really helps to sell the impression that the boss is truly no joke, and that it is going to take a concerted effort to beat it.

Now anyone who has played an MMO for any length of time is likely familiar with the often simple quest structure. While sometimes there are interesting strings of quests put together that do something new and different, most MMO quests boil down to either bringing so many of a specific item back to a particular person as a fetch quest, or to kill a specified number of a specific critter. This is effective in giving players a sense of progression, but it also means repetition can set in, and for better or worse the quest lines in SAO are very similar. This again helps to sell the whole MMO vibe, but it may turn people off it in the longer term.

The world of SAO is actually quite huge, and there are an incredible number of side objectives to complete and places to go, but the above mentioned repetition starts to creep in around the game’s midpoint. In MMO’s these kinds of quests make sense. It is a shared world with other players and even when players doing the same repetitive things in the gameplay itself, the interactions with other, real people help to keep the experience varied. Thankfully, though SAO lacks the player interaction, the flavour of the quests is at least more varied than in most “real” MMOs. 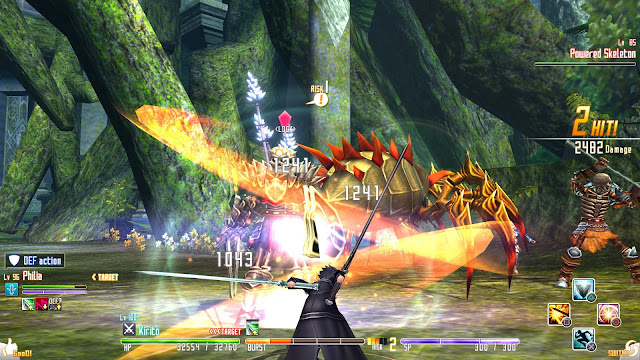 Sword Art Online: Re: Hollow Fragment is a better game than its Vita predecessor. The team has included the DLC content, improved the quality of the graphics and listened to fan feedback and taken notable strides towards bettering the game’s translation. The game itself isn’t an especially memorable one, but for fans of the anime, this version at least does them justice.