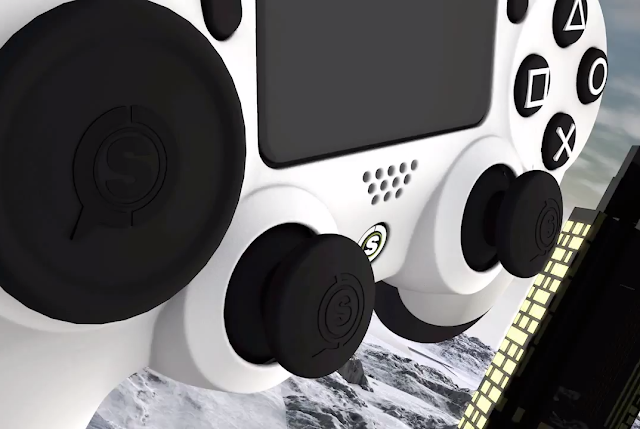 I can think of no single gaming genre more competitive than the shooter right now. Certainly there are games out there such as MOBAs, MMOs, sports and more that have their intense, passionate fan bases, but as someone who has friends who adhere to just about every genre out there, none are more competitive about it than those who play first-person shooters. That is where the SCUF 4PS comes into play.

We recently had a chance to kick the tires on the SCUF Infinity1 for the Xbox One, and frankly that controller not only met, but exceeded my expectations. Did it definitively make me a better gamer? Admittedly I was sceptical going in. I am a good, but not great player when it comes to the genre. I have friends (and a son) who can generally outperform me. I suspect that these controllers are geared towards the most passionate of fans, those people who want to shave milliseconds off of their reaction time, because it can mean the difference between a kill, and being killed.

Now I had used the Infinity1 for about a week at the time of my review, and I certainly enjoyed it. However, I have also noticed that my kill/death ratios in games like Call of Duty have improved over the last week. Is it greater familiarity with the game and practice? Sure, that can be a factor. Is it the controller? Hard to say, but I cannot help but feel as though it is also a factor.

So that leaves me with a new controller on a new console. As with the Xbox One model, it’s possible to customise a great deal of this controller, right down to its construction. I customised the 4PS with different options, so I could try a different kind of experience. It started with the appearance. I chose Digital Camo Red – which I actually think looks very sweet. Red and black are my favourite colour combinations, and visually this is probably the coolest controller I own right now. 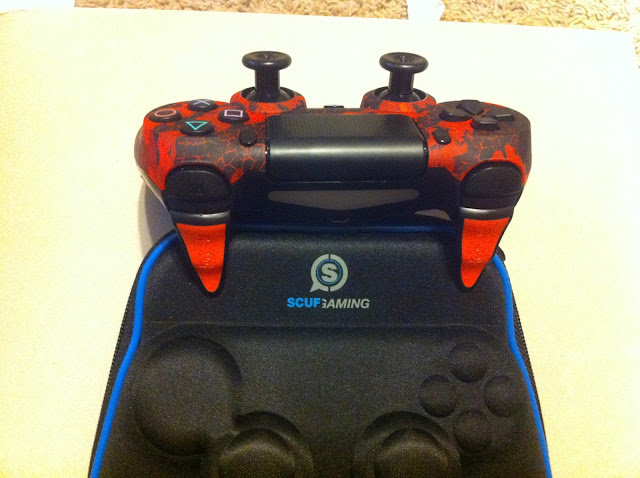 The most defining feature of the SCUF controllers are the back paddles. The idea behind them is brilliant, even if having to retrain my muscle memory takes both time and effort. Of course, having been using a similar controller over the last couple of weeks, I felt that the transition to the 4PS was an easier one this time around. That being said, there is a major difference. The Infinity1 has four paddles – one for each face button. The 4PS only has two paddles on the back, which makes the magnetic paddle remapping even more important. By default, the paddles mirror the X and O buttons – which makes a lot of sense since they are the most heavily used regardless of game. After all, they are usually used to confirm or cancel choices/actions. Remapping is actually quite simple as you use the key and press it up against the symbol on the controller. Then you depress the paddle in question and then the appropriate button you want it to correspond with. Frankly it’s a brilliant system.

Next up were the triggers. I wanted this to be a somewhat more versatile controller than the Infinity1, which I decked out with shooters specifically in mind. This time I left the triggers as you find them on a normal controller, though I picked up the Fang Extenders (Red to match the controller). These are interesting. They seem like a largely cosmetic change, that allows you to snap on plastic extenders to your bottom triggers. The idea is that you have more surface area with which to tug at your triggers. To that end, they certainly succeed, and the wavy/grooved form fit the curl of my digits nicely. That said, while it’s a good thing that they snap on and off (which I think is better than something with an adhesive), if you do slide your fingers too far down the fang, you can unsnap them from you controller mid-game. Frankly I don’t know why you would want your fingers a good inch south of the controller’s bottom, but I wanted to mention it as a potential issue for those that do.

I opted for the SCUF Pro Grip (Red, to continue the aesthetics of it all), and that is quite comfortable. I really like how it feels, especially given that the PlayStation controllers always feel a bit small in my hands. The PlayStation 4 DualShock 4 has lessened the issue for me, but the grip was a welcome addition. Of the same note, I got SCUF concave long sticks for both sides. I have large hands, so I wanted to try a taller set of sticks on the controller. It is really kind of amazing how a few millimetres of length can make a difference. Now that said, this is completely a matter of preference. I love the elevated length on these, my son absolutely hated it.

I skipped a couple of the other options along the way such as the control disc or making buttons a solid colour (as opposed to the usual button symbols found on a standard DualShock controller). There were also some nice accessories that came with the controller, including a nice, thick braided connection cable for the PlayStation 4 and a carry case (though you do need to take the Fangs off before tucking it in there). The directional pad for the PlayStation 4 is so good, I did not feel the need to try the disc this time. So, when it was all said and done, how do I feel about the controller? 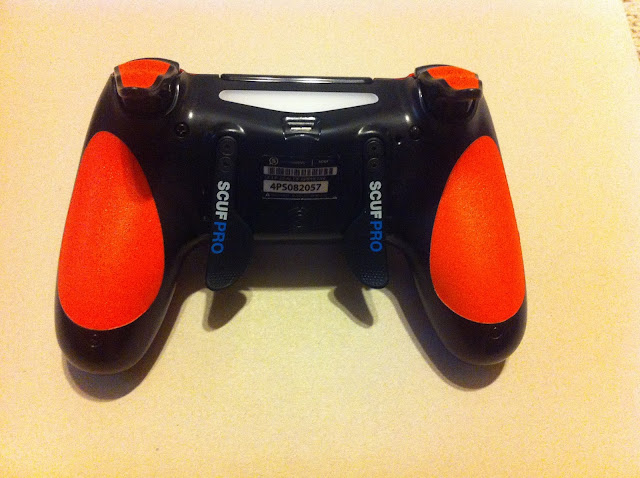 Quite favourably, would be my answer. There were fewer options in comparison to the Infinity1 for the Xbox One, and for a controller that sells itself on customisation, that’s a bit of an issue, but the build quality and the customisations you can make make it well worthwhile.