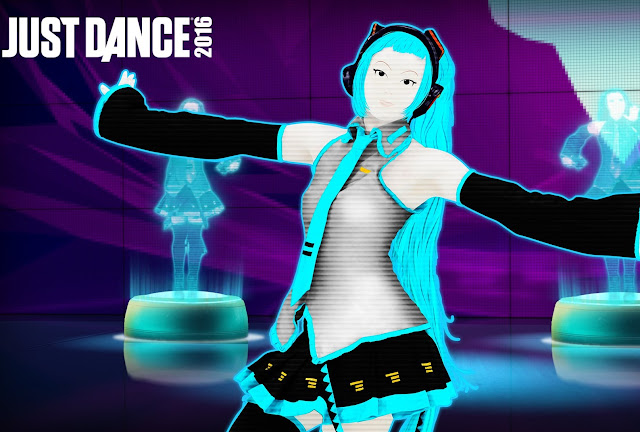 There is nothing wrong with Just Dance 2016. By now the series is well-established, and people know what they are more or less getting out of it each year. Fans of the series will no doubt feel right at home with the music and modes, though an argument could be made that series fatigue could be starting to set in for all but the most dedicated fans.

New game modes and a diverse track list punctuate this release. Battle mode is still conspicuously absent, but World Video Challenge and other methods of play do a nice job of filling the gap. If you are familiar with the series, then the same kinds of bright, colourful visuals punctuate peppy, popular songs and encourage players to get up off of the couch and let their inner dancer out.

World Video Challenge is not for the meek, as the mode has the videos of your dancing uploaded to the community. Needless to say if you happen to be playing Just Dance by yourself in your underwear, you don’t want to be playing this mode. Showtime is a loose way to try and crate your own music videos while Dance Party is a cooperative mode made to encourage teamwork to get a better score. Dance Quest has taken the idea of dancing for higher scores into a competitive mode against the computer where you try to score higher and thereby place higher at the end of a three song set – a fairly common mode in a lot of rhythm games, but one that fits right in here. 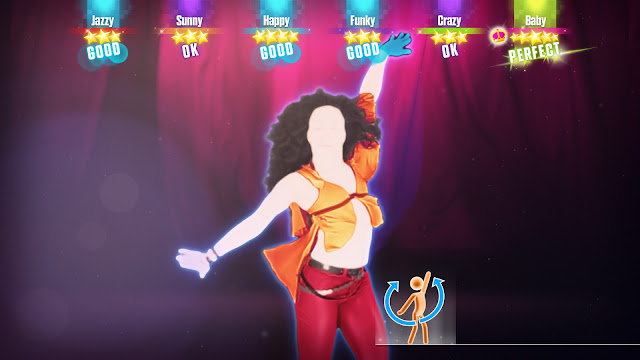 The interface is not all that agreeable. It wants you to pick up a controller to make your choices instead of giving you a hands-free option. On the one hand, that makes sense, because the controller is quicker and more precise. On the other, if I’m sweaty or already moving about the living room controller-free (one of the things that the hands-free Microsoft Kinect is actually pretty good for in titles just like this), then having to stop and turn around to pick up my controller from the couch is not ideal. It just seems like there has to be a better, more reliable way of navigation that does not fly in the face of the rest of the experience, right?

The song selection is obviously going to be a matter of preference, just as it is in other music games such as Rock Band 4. You will never please everyone, so I can support the idea of picking a wide range of songs, and while many of them are of the current variety, slightly older tunes work their way into the mix as well. This page gives you a good idea of the song selection if you are curious. Another similarity to Rock Band 4 is the impression that the series will be moving away from physical releases and instead adopt a subscription service called Just Dance Unlimited. I suspect that the theory here is that the core gameplay really does not have anywhere to go, and so this title will act as a gateway to future content.

The biggest issue for the Just Dance series, is that it just has not had much growth over the last couple of years. In fact some could argue that the choreography has taken a step back over the last year or two. Perhaps the subscription service will be the breath of fresh air that the series needs. Certainly the Guitar Hero TV addition opened up the series to some new possibilities, so perhaps that will occur for Just Dance 2016. There is an option to use your smart phone and the free app to connect your phone to the game and use it as a camera. This is a cool idea, but one that was unnecessary for the Xbox One that has a Kinect. 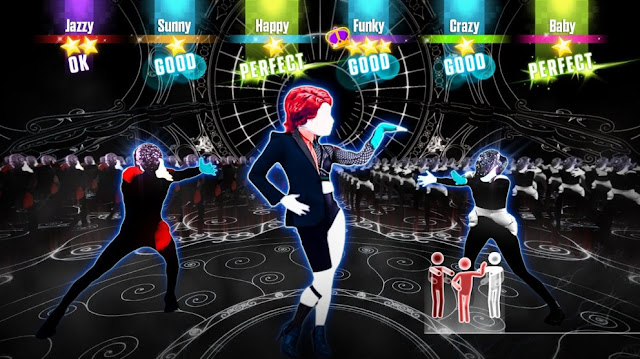 Just Dance 2016 is by no means a poor game and the game delivers on everything it promises to. It has however reached the point that the Guitar Hero had several years ago, with regular releases and spin-off releases that oversaturated the market. Fans of the series looking for new songs to dance to will no doubt enjoy what is still a technically solid and fun game, but with so little new to offer other than modes that basically dress up the same core content in new modes, I worry that fan reception may begin to dry up. However, if you have been looking for a reason to use your Kinect and move around the living room to some new songs, this is a perfect reason to do so.

Do you enjoy dancing or rhythm games?

Japanese cinema: A cultural export opportunity in preparation for the 2020 Olympics