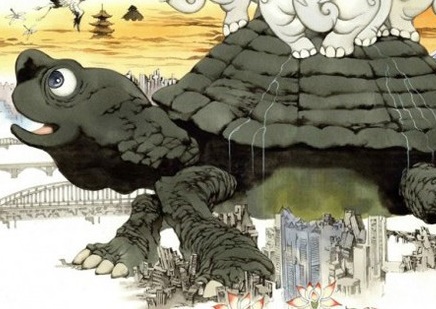 The Japan Film Festival, that runs through all of Australia’s major cities each year, is always a highlight of the year, as it gives Australians some of the best opportunities to experience Asian entertainment and culture being brought locally.

This year, the lineup has been especially strong. Headlined by Sion Sono’s drama, Love & Peace, the festival program also covers comedy, action, drama, horror and anime. And from Japan’s equivalent of blockbusters through to its smaller, independent films, it’s also an opportunity to experience films that may well never get a release in Australia otherwise.

It’s hard to come by these films at times, because if there has been one common thread to Japan’s film industry, it’s that there has been a reluctance to really export the films into overseas markets. In some cases, it’s quite a justified resistance, as, in servicing the local market, Japanese filmmakers do tend to create works that are simply too unique to Japan’s culture to resonate overseas.

“One of our biggest considerations when we put together the Japan Film Festival program is whether the audience will “get” each film,” Margarett Cortez, Program Coordinator of the Arts & Culture Department of of the Japan Foundation, Sydney, said. “All of us on the team watch the different films and vote on what we see, and at times we do end up deciding that a given film will be incomprehensible to people who are not familiar with Japanese culture.

“You are correct when you say that their drama has a particularly Japanese quality to it. It’s more than just the references within the film, but rather the way it’s made.”

However, it seems that the Japanese film industry is starting to realise the potential it has in overseas markets. With filmmakers like Quentin Tarantino being immensely influenced by Japanese cinema, and artists like Sono starting to develop a cult following (because you can’t help but love a film like Tokyo Tribe), there seems to be an understanding within the decision makers at Japanese production houses that there is international demand for the kind of experience that their local filmmakers can offer. And, Cortez said, the Japanese film industry is responding.

“We’ve started seeing a few more films that are almost catered to an international film audience,” Cortez said. “And in dealing with the Japan Film Industry, we have seen that they have started employing more English speaking staff in the last couple of years. This new focus on overseas markets is why we are seeing a lot more Japanese films being displayed.”

So why might Japan be increasingly interested in sending its films overseas? One reason might well be the Olympics. With Tokyo playing host to the Olympic games in 2020, it seems that the country itself is starting to open up and try and export its culture into overseas markets, perhaps to try and drive interest and generate visitors for the games.

Japan has, for example, identified a desire to increase sake sales overseas fivefold in the leadup to the Olympics for that precise reason. Beyond that, there’s also an increasing interest in Australia from Japan. NSW’s largest trading partner is Japan, and the investment opportunities coming into the country are resulting in a lot more Japanese people living and working in Australia.

“There are a lot more foreigners are working in Japan, and a lot more Japanese are going overseas either for business or working holidays,” Cortez said.

As for the films themselves, the Japanese Film Festival has always tried to satisfy a brief to offer something for everyone. Based on the feedback that the festival gets, that strategy appears to work, too, with the films that are proving to be the most popular are not the ones you might expect.

“In order, the most popular genres have proven to be drama, comedy, and then anime and action,” Cortez said. A fascinating result, since when you think about Japanese films, you’re generally thinking about the hyperviolent work of artists like Takeshii Miike.

Are you a fan of Japanese cinema?

Review: Tales From The Borderlands: Episode 5 – The Vault of the Traveler (Microsoft Xbox 360)