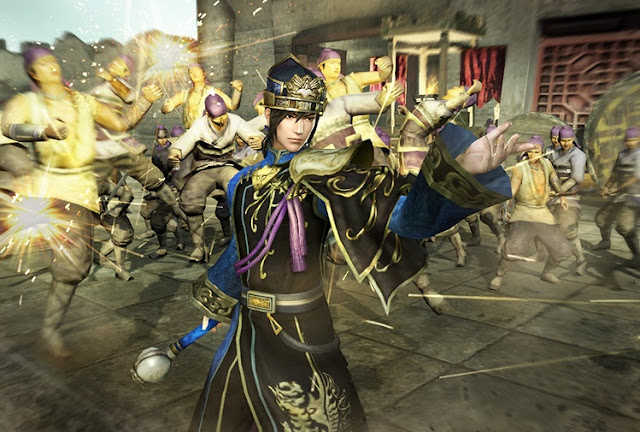 Around nine months after the game landed on the PlayStation 4, Koei Tecmo has finally launched Dynasty Warriors 8 Empires on the PlayStation Vita. Chances are, if you’re a fan of the Warriors games, you’ve already played this on console, but it’s worth double dipping, because it suits the handheld platform perfectly.

If you haven’t played one of the Warriors Empires games before, then you’re in for something that’s quite different from the “main” Warriors titles. The main games are predominantly action and narrative-based affairs, where you’ll follow the fortunes of one (or many) historically important heroes through the historical battles that they fought in. Being able to juggle multiple objectives on a fluid battlefield requires more strategic thinking than many people give the series credit for, especially on the higher difficulty levels, but nonetheless, outside of the battlefield action there’s not a whole lot to those games.

The Empires games, meanwhile, have an additional layer of strategy over the top, whereby you’ll need to manage your territories, build up armies, form alliances, keep your generals happy, and go to war with rivals in order to, eventually, conquer all the land (China for the Dynasty Warriors series, Japan for the Samurai Warriors series). That additional layer is what makes this sub-series my favourite of all Koei’s Musou titles, though it’s also the one that potentially can alienate others. 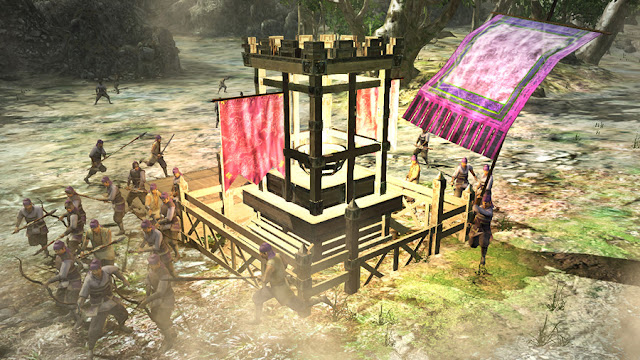 For a start, the emphasis on storytelling is greatly reduced. Players can choose between a couple of different scenarios, which determines the starting territory and context for the game. So, for example, at the start of the Yellow Turban rebellion, if you choose to play as Sun Jian, you’ll start out with a fair sized army, and single territory in the south, and a call to arms to take down the Yellow Turban rebels.

But from there the game releases its stranglehold over the real history, and allows you to play things out as you see fit. There’s still historical authenticity reflected through the occasional event, as well as the characters that you’ll meet on the battlefield, but the game designers have no way of telling who you’ll go to war with, and when, and so they can’t exactly provide a great number of scripted moments. Armchair generals, and those with a deep understanding of the history of the Three Kingdoms, will be fascinated by the ability to write their own history with their favourite characters, and perhaps right their strategic mistakes. But for those that like having a narrative in order to contextualise the battles they are fighting, the Empire games can feel a little cold and clinical in execution.

That impression won’t be helped by the masses of menus to wade through. In between battles, each month you’ll get to make a “turn” in which you can select from a wide range of actions for your empire. These actions might be building new facilities for a city, or recruiting additional heroes to lead the armies, or it could be forming an alliance with another kingdom, organising marriages, or invading other realms. Though the menus are well laid out and provide the information in a clean, clear manner, they lack the depth and nuance of what we see in a proper strategy game, such as Nobunaga’s Ambition or Romance of the Three Kingdoms, and consequently the month-to-month management of the empire does become somewhat monotonous over the longer term. It can be challenging on the higher difficulty levels, but if this was all Empires offered, it would still be monotony. 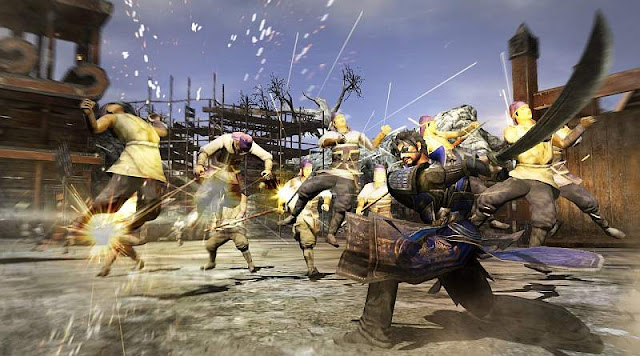 Thankfully, there are battles to break that up, and they are vintage Warriors entertainment. Before each battle, you’ll assigns a number of your generals to participate (filling the field with soldiers), before taking control of your main character and getting involved personally. Each battle involves capturing key points on the way to the enemy’s base, and the large battlefields allow players to be strategic about how that move through the space. The enemy’s own generals will be participating too, of course, and at times you’ll need to beat a strategic retreat to shore up some defensive lines that are in danger of breaking down, or even recapturing strategic points that have been lost.

Additional to Empires 8, and something I really loved on the PlayStation 4, was the ability to set a number of strategic cards to your character. These have a wide range of effects, from leaping you to the frontlines (or warping you back to home base for some defensive manoeuvres), through to boosting your character’s fighting skills, healing his/ her allies, or setting down defensive turrets to help protect key areas. Making effective use of these stratagems is key to success, but because they’re limited in use (requiring you to build up an energy bar through combat), timing their use is also important. Managed well, these stratagems can turn the tide in a closely-fought battle, which is a clever way to add on-field battle strategy to the context of fast action.

Devoid of narrative these battle scenes can be a little limited in scope after a while, however. Special events, such as fire attacks or floods that occur in the real battles that the main Dynasty Warriors games emulate don’t happen here, leaving players with a very vanilla Dynasty Warriors experience. That’s not to suggest it’s a bad thing, as the controls and action are tight, and, again, the challenge can be significant when you turn the difficulty up. Rather, it’s simply worth acknowledging that the battle scenes do lack the cinematic edge, because it does lend the action a different tone. This again will resonate more strongly with Warriors veterans than newcomers, who will want a stronger context to really relate to what’s going on. 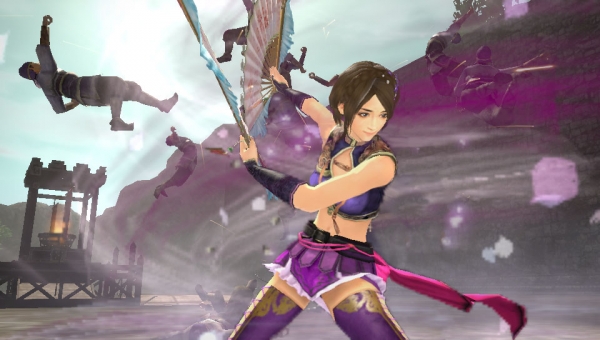 The PlayStation Vita is obviously not as powerful as the PlayStation 4, but Empires looks good nonetheless. On the battlefield, there’s significant pop-in of characters, but it’s a worthwhile tradeoff in keeping the framerate up, while the character detail and animation is really quite impressive, and well beyond what would have been necessary for a game on a screen as small as the PlayStation Vita to “look good.” One of the more enjoyable ways to experience an Empires game is to create your own hero and have him/ her conquer Japan, an there’s certainly a nice, comprehensive character creation mode to mess around with and you’ll be able to create an avatar that you enjoy using and will suit your sense of aesthetics. You’re going to spend a lot of time reading menus and text to play Empires 8, and while I feel a little more optimisation would have been welcome to make the text more legible, I was able to play this for hours without getting eye strain.

Related reading: For people looking for a more hardcore strategy experience, be sure to check out Nobunaga’s Ambition: Sphere of Influence. Nick’s full review.

More than anything else it’s nice to see Koei Tecmo continue to support the PlayStation Vita. Dynasty Warriors 8 Empires won’t convert anyone who isn’t an existing fan of the series, and I’ve got to admit that after playing the recent Nobunaga’s Ambition, I can’t help but wish Koei localised the PlayStation Vita version of that instead, as I’ve already got a lot of Warriors games on my Vita, but nothing that approaches the depth of Nobunaga’s Ambition. Those personal issues aside, this is a content-loaded, engaging, and entertaining entry into the Warriors series, and well worth playing for anyone who likes their action a little more cerebral.

Ghost in the Shell: Stand Alone Complex – First Assault Online will be available on PC soon