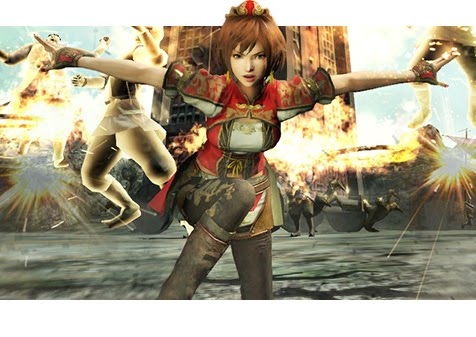 Of all the Dynasty Warriors games, the Empires series is the most complex and involved, and is also the least renowned. These games generally come last in a release cycle for the Warriors franchise (and come immediately before the next numbered game in the series), and that trend would also seem to be the case with Dynasty Warriors 8: Empires. We can expect it to be the last “Dynasty Warriors 8” release, and it takes things out with a bang.

What distinguishes the Empires games is the light empire management mechanics that are overlaid on top of the on-field action. Players take on the role of a ruler of a territory (or even a landless general with ambitions of conquest), and need to extend their empire outwards by building alliances, managing troop numbers and officer loyalty, and, of course, through conquest.

This expanded focus breaks the game into two sections; for half the game you’ll be wading through menus. Each month of in-game time you can select one action for the ruler to undertake. It could be building facilities in town to upgrade the fighting capacities of units, or it could be engaging in espionage against an opponent. Or it could be recruiting and training more soldiers, or launching an invasion of another territory. This management is quite simple on a strategic level – certainly more so than a game like Europa Universalis or Koei’s own Romance of the Three Kingdoms franchise, but you’ll nevertheless need to think carefully to come up with a strategy that will keep units and leaders happy, while building the economy so you’re not overwhelmed by better equipped opponents, and developing strategic alliances so you’re not invaded by multiple fronts at once. 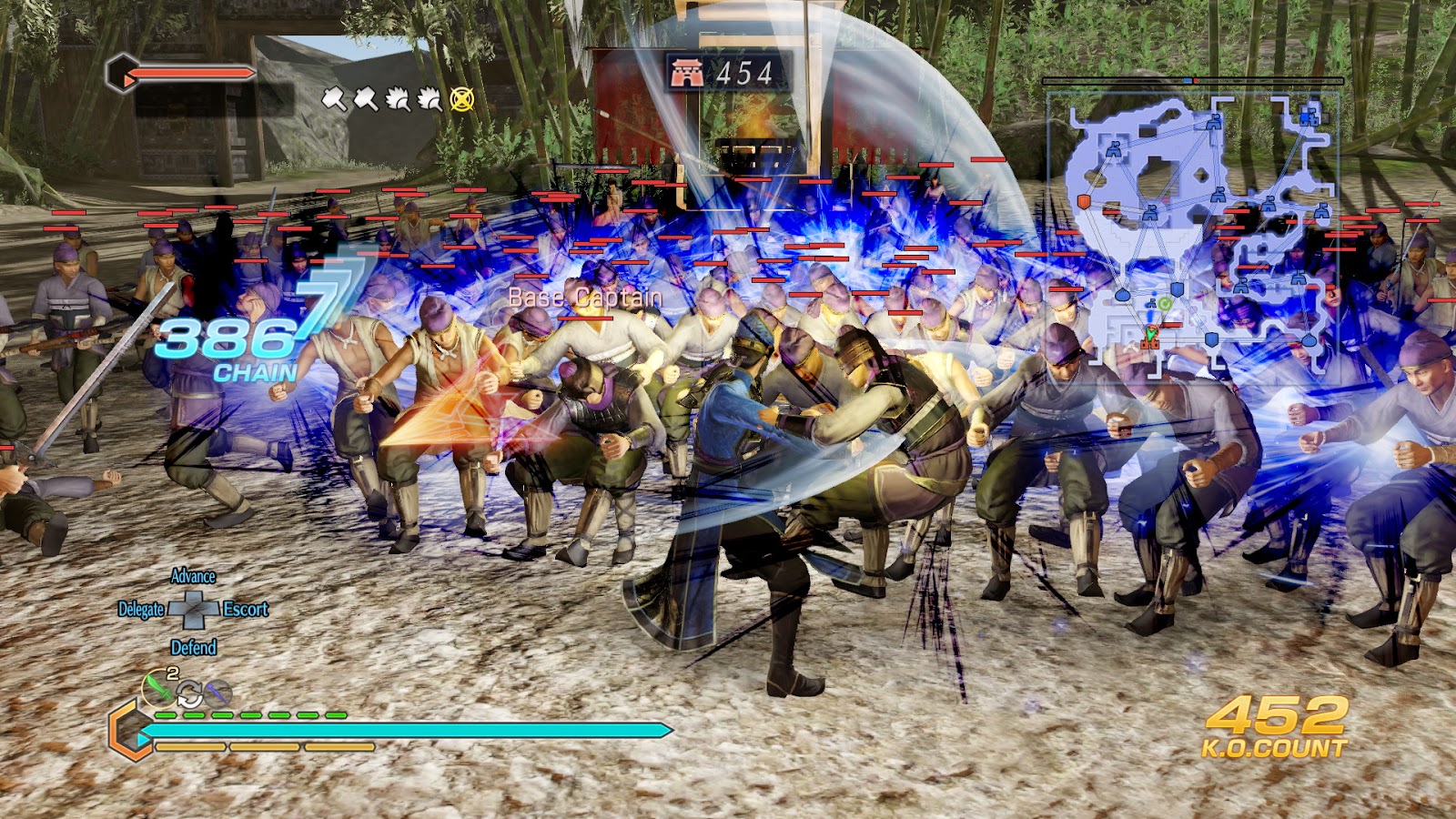 The other half of the game is on the battlefield, which plays very much like a standard Warriors game, with a couple of important additions. Leaders – your own character included – have access to stratagems – cards that they can take into battle and activate to gain a temporary advantage. These stratagems range from simple healing effects, through to a command to launch a volley of arrows on the enemy, through to the construction of a tower to aid in the defence of a specific point. Because Empires’ battlegrounds are large, it’s impossible to be everywhere at once, which is why it’s important to be good at the empire management side of the game – as good as you might be personally in fighting battles, you are going to need to hope that the rest of your force can do its job too.

In most scenarios you’ll start out with one (or no) territories, but as a campaign goes on (they can run 50 years of in-game time), you’ll acquire more and more territory. This obviously means greater resources, but by the same token it becomes more and more unwieldy and complex to manage. Despite being a Warriors game, Empires is quite slow paced when working through the menus, and players might find the mix of fast combat and slow empire management difficult to resolve in their minds at first, as it can be an ugly clash.

A good example of this is the occasional mission that one of your allies, potential allies, or retainers might bring you. Requests such as “infiltrate a castle” or “rescue a merchant from the clutches of the enemy” would be a simple statistical process in a standard strategy game. If you decide that you’d like to do the mission, then the game engine would crunch some numbers and a little box of text would pop up and tell you whether you’d been successful or not. This structure works fine as small decisions like this would become laborious to play out manually when you’re looking to simply focus on building an empire. 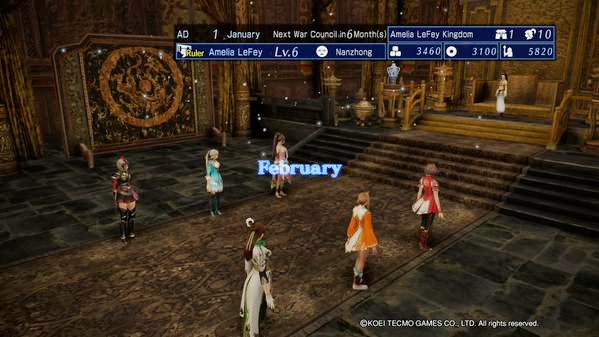 But with Dynasty Warriors 8: Empires, you need to complete each of these missions yourself. The infiltration mission, for example, will task you with moving through a map without being spotted by a couple of groups of enemies on patrol. A defence mission will pit your hero against a couple of small groups in a skirmish that will only last a minute or so. These are the low points of Empires, as the engine isn’t subtle enough to handle stealth missions, and the combat mechanics work better for grand battles than small skirmishes, and having to play these out (mostly at the start of each campaign when you’re scratching for resources and support) becomes a frustrating waste of time.

But on the other hand being able to take a much greater level of ownership in the flow of battle is always appealing, and using a combination of quick thinking, good application of stratagems, and personal skill to beat odds and defeat more powerful enemies as the underdog is something that a lot of strategy games struggle to enable. Watching the empire grow and become more powerful is also far more appealing than simply following along with a story, as you do in the vanilla Dynasty Warriors releases.

It’s possible to play default scenarios and command generals from a massive database of historical counterparts. If there is an even passing mention of a warrior from back in the Three Kingdoms era, then it’s likely that they are present in this roster. Because of the length of each of the five pre-set campaigns (50 years of 12 months a year equals 600 turns if the campaign runs its full course), there’s plenty of content in just working through the “main” content. Each campaign starts at a certain point in ancient Chinese history, so for example the first one depicts the time when the Yellow Turbans were in full rebellion, while another starts out with the borders of the three kingdoms largely defined. Once the campaign has started, however, the goal simply becomes conquest, with story and historical setting taking a back seat. Selecting a campaign simply determines the starting armies and territories that each general commands. 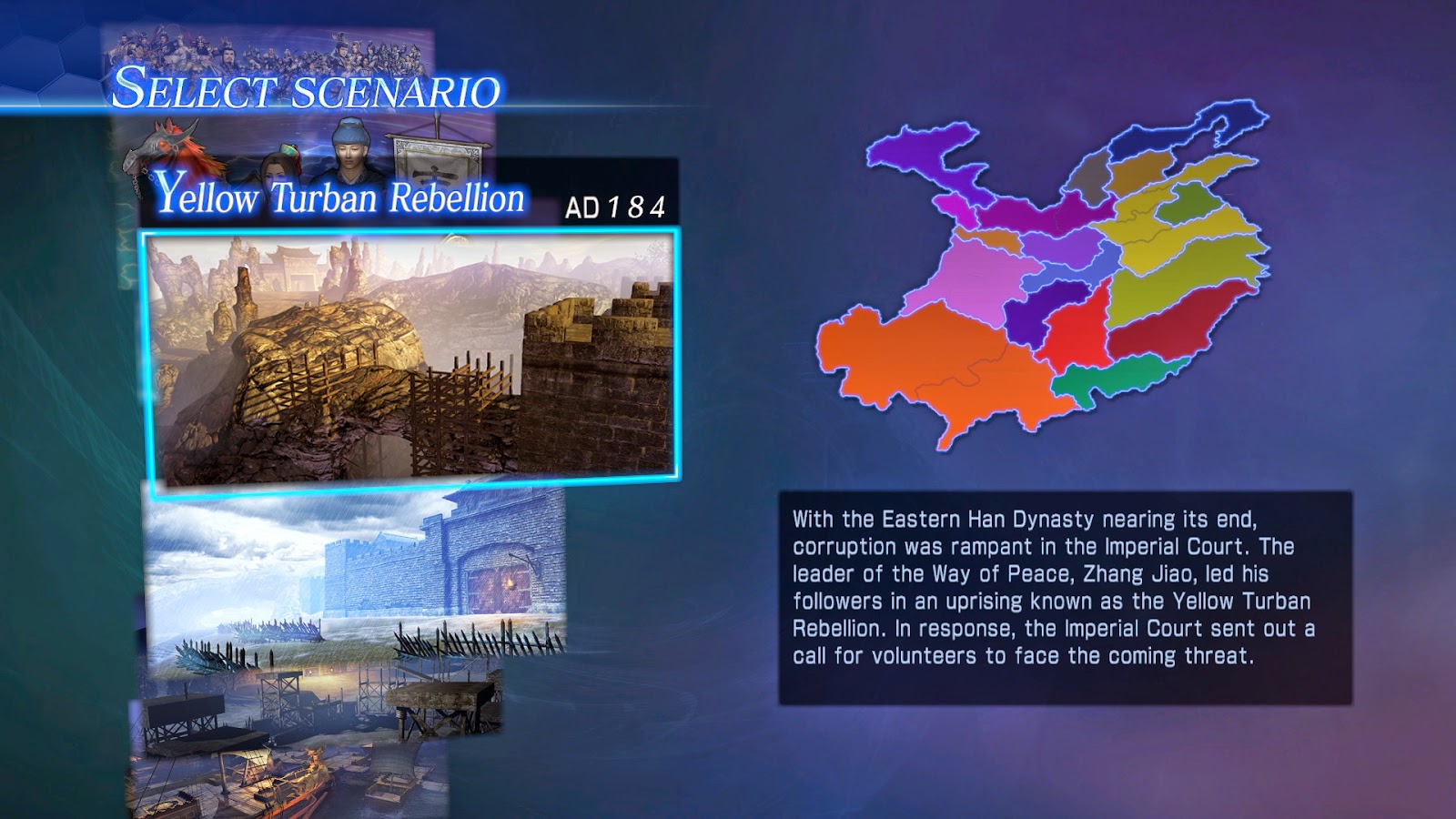 Alternatively (and preferably) you can play a fantasy scenario where China is split up into random territories and you can forge your own imaginary scenarios. My personal favourite is to carve out an Amazon-style empire where all the most powerful generals are women, for example. This fictional mode superficially works a little like Risk, only with less mundane dice rolling and more real strategic decision making and up-close-and-personal combat.

You’re also encouraged to create your own characters in this game – especially for the fantasy scenarios, but it’s also fun to stick a custom character into the historical scenarios (and there’s so much fiction about this period of history that’s hard to separate the facts from the fantasy, so the character ends up fitting in anyway). The character customisation options are truly extensive, and frankly any game that lets me stick a sleeping cat on the head of my hero as a hat deserves props for variety.

It’s hard to make a game that successfully melds genuine strategy and fast action together. There’s always the risk that the strategy could be too simple, or the action would either overpower the strategy, rendering it redundant, or become irrelevant itself because the strategy side of things determines success or failure. Dynasty Warriors 8: Empires strikes that balance where both on-field performance and strategy equally determine success, and while it’s a different flavour to the typical Warriors formula, it’s wonderfully entertaining, and anyone who says the Warriors games “never change” should be sat in front of this until they learn otherwise. 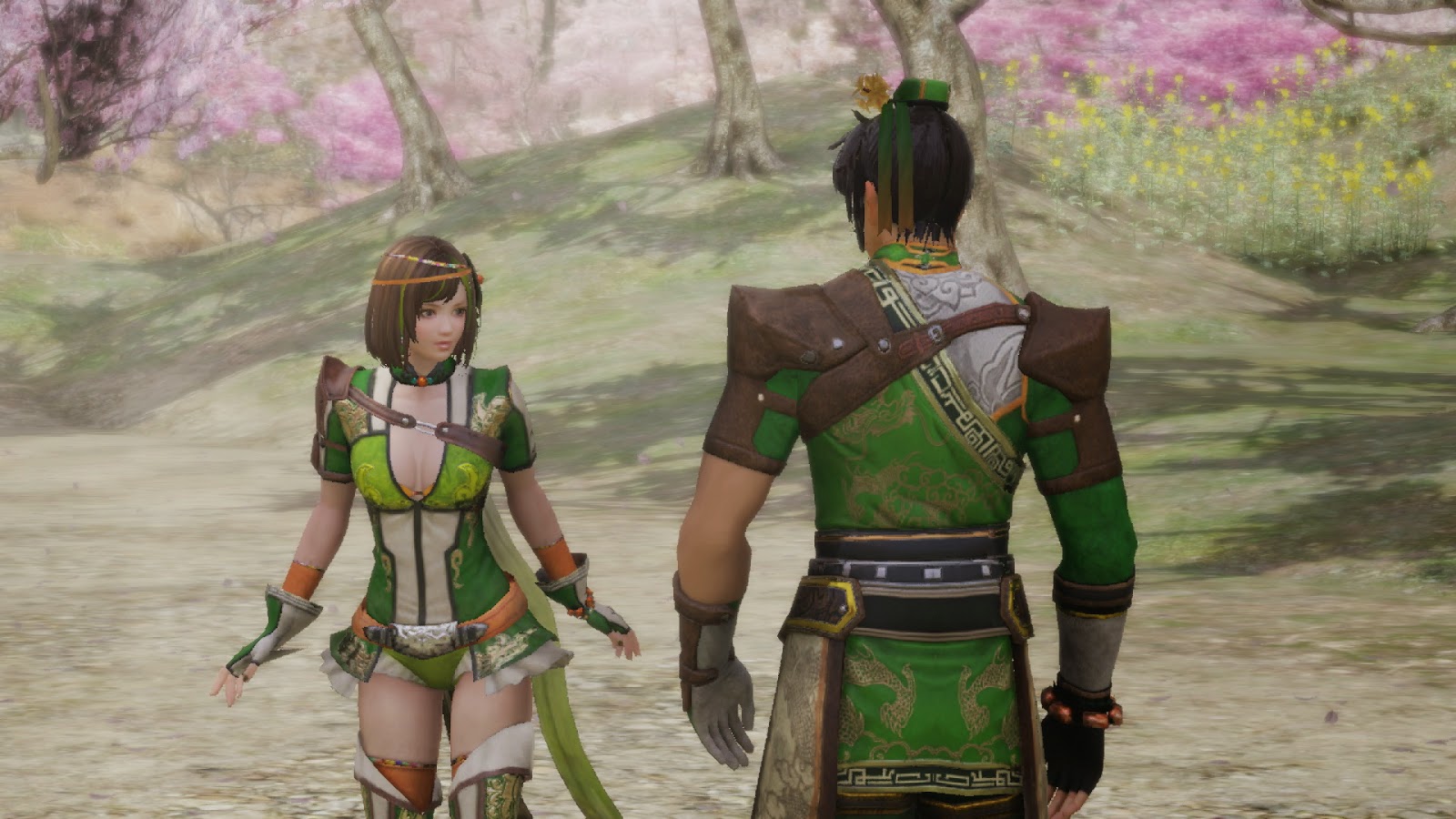 Also, until Koei Tecmo starts localising the Romance of the Three Kingdoms games again, this will be the closest we get to that superb series in English. While I do want to see the Romance games again as well, I’ll take this in the meantime.