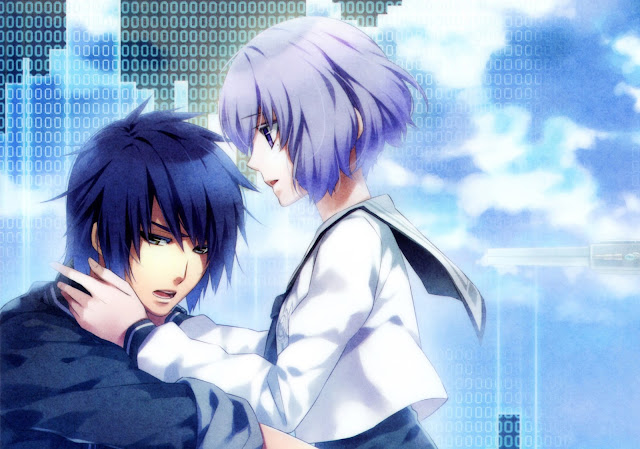 The last couple of months have seen an absolute deluge of visual novels land on the PlayStation Vita. Perhaps because they are relatively inexpensive to localise, and that the only people still regularly playing the Vita are fans of Japanese games, we have seen a real surge of the genre on the console.

Even more impressively, however, is that a lot of these visual novels are Otome games. From being a genre that was almost completely ignored for localisation, much less release on console, to one that has earned decent prominence courtesy of the efforts of Aksys and Idea Factory, it is truly great to see Otome games gaining attention among English-speaking audiences.

And it’s really quite understandable why they would resonate. As a genre designed primarily for a female audience, these games have a distinctly different tone and atmosphere to otaku visual novels. There’s also a very different perspective on the world and relationships between characters that we get when the leads are typically women, and the shift away from fanciful science fiction stories, such as in Steins;Gate, or violence or fan service-heavy narratives in the likes of Tears to Tiara or Danganronpa is refreshing. That’s not to say that I would ever criticise Steins;Gate, Tears to Tiara or Danganronpa for what they are, and you’d be nuts to think I have a problem with those games, but I do love that through all these Otome games we get to enjoy stories about romance, relationships, and the more simple, human, side of life. 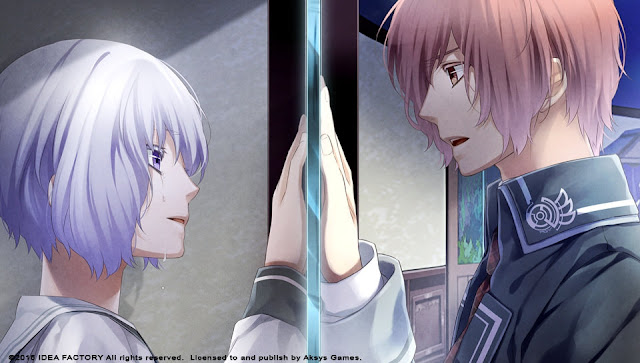 Norn9 Var Commons is the latest Otome game to land on the PlayStation Vita, and it is a good one. Originally a PlayStation Portable game, this new version looks gorgeous on the PlayStation Vita’s screen, and while I’m not sure if there was a US release of the original, I’m almost certain this is the first time we’ve had the opportunity to play it here in Australia. Which is amusing, because its (really very good) music is actually composed by an Australian.

But I digress. Norn9 has an odd set up, whereby a child prodigy finds himself pushed back in time, and then, through a confusing sequence of events involving a girl that can’t remember anything, finds himself on a giant, floating airship that is solely inhabited by a small group of world peacekeepers, each with their own special talent, which behaves very much like a magic power. Once that prologue is finished with, the game shifts perspective and protagonist, and from that point onwards players are following along with the more traditional Otome format, in seeing the world from the eyes of a woman.

Once that story starts in full, a lot of the weirder science fiction elements fade into the background, and the storytelling shifts to focusing on the relationship between the woman that you “control” (you get to pick from three, but as typical for the visual novel medium, you don’t get a great deal of agency over them), and the various men that co-inhabit the giant aircraft. With each play through, you’ll have the opportunity to get particularly close to one of the men, which simply requires that you pay attention to the dialogue and storytelling and answer one or two dialogue options “correctly” every so often as you read on. 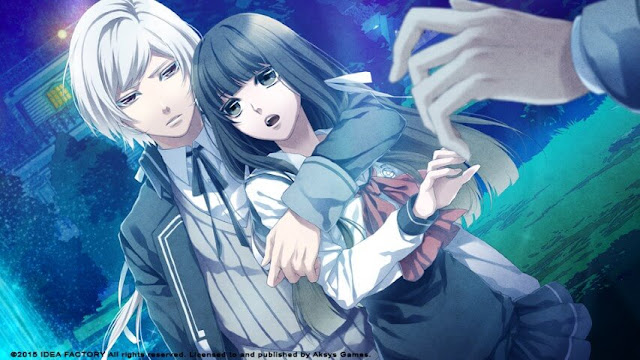 As with all visual novels, it’s the strength of the storytelling that Norn9 lives and dies on, and I’m happy to say that this reads very well indeed, in a kind of pulp science fiction/ romance sense. With the airship standing as a metaphor for the walls that people who are “different” put up to put distance between them and the rest of society, what goes on within those walls is, then, an exploration of each of the character’s feelings of ostracisation and the coping mechanisms they have developed to handle those feelings. As a philosophical core, this idea is often clumsily executed (and is not helped by a translation that could use another run past an editor), but there’s an earnestness about the delivery that is really quite appealing, and the characters are, one and all, gorgeous. It’s a real page turner, in other words, and avoids dropping into trash novel territory thanks to the thinly veiled philosophical musings hanging over the top of it.

The romances develop between characters come as they help one another come to terms with their unique qualities and learn to be comfortable within themselves. The depth of these relationships are, therefore, quite intimate, with each character frequently exposing deeply personal fears and inhibitions in the other. Through a contrivance of the narrative all the characters are split into groups of two, and though other pairs will drop in and out of the narrative as convenient, the real story is being told between the deepening bonds of two characters thrust together and then expected to learn to trust one another. The barest hints of a hostile political environment make it clear that trust is a precious commodity, so that we’re seeing it on display in full between the two characters that we chose to follow make for a really quite emotionally intense experience.

Because each narrative arc focuses so closely on two characters, there is also plenty of incentive to replay the game at least a couple of times, to see how things turn out for each of them. The developers have also gone to some lengths to try an enhance the value of the overall package by providing unlocks and bonuses to “earn,” though they don’t feel much like rewards when there is no actual gameplay to work through to receive them. 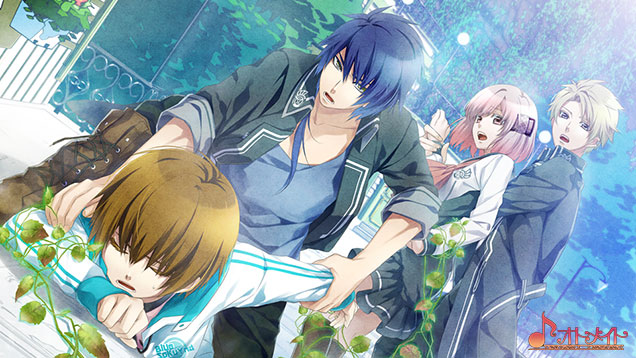 Far from a complaint, however, I appreciate that visual novels such as Norn9 have the confidence to stand by the experience they offer, and don’t try to appeal to people looking for a “game” by throwing in action or mechanics. Norn9 is an intense, in-depth look at relationships and romance, and it’s a really lovely, enjoyable expereice at that.