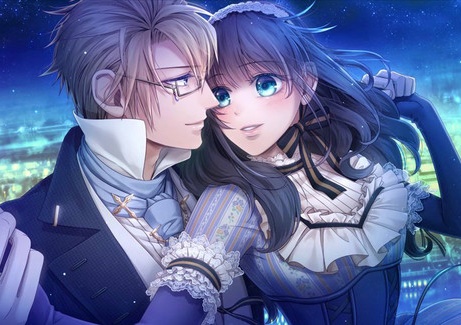 The importance of box art has been relegated in today’s digital marketplace, but the front cover of Code:Realize ~Guardian of Rebirth~ drips such ornate passion it could knock over a shelf of raunchy pseudo-romance covers. Without any hint as to what the heck the title means, the featured couple’s warm embrace is still an identifiably beautiful one that is, upon closer inspection, blemished by a melancholy undertone. The man’s mask and glove can be seen melting away where he comes into contact with the woman and in an instant the depicted tears of actualised love have a subtler meaning that demands further investigation.

Related reading: The PlayStation Vita already has some of the most incredible visual novels of all time. Check out Steins;Gate.

Sure enough, booting up the visual novel reveals said woman, Cardia, to have an ominous side unbecoming of the average well-dressed aristocrat. She begins the story on a thoroughly sour note; she is leading a life of seclusion in a deserted mansion. A deadly poison coursing through her body devours virtually anything her skin contacts, which hardly makes her the kind of person people want to socialise with.
It’s no mystery why being kidnapped by soldiers one day fills inspires apathy; branded a monster and abandoned by a father who dissuaded her from every falling in love (an admittedly well-intentioned warning on his part, what with her skin morbidly disintegrating a dog in the intro), she believes she’s every bit the witch everyone paints her to be. Her world is shook to its core, however, when the famed felonious gentleman, Arsène Lupin (yes, named after that one) rescues her from their clutches. Although his motives are suspect, the man seems genuine about helping Cardia track down her missing father. Before long, they enlist the aid of a quirky engineer, a genius alchemist, a no-nonsense veteran, and an affluent landowner. 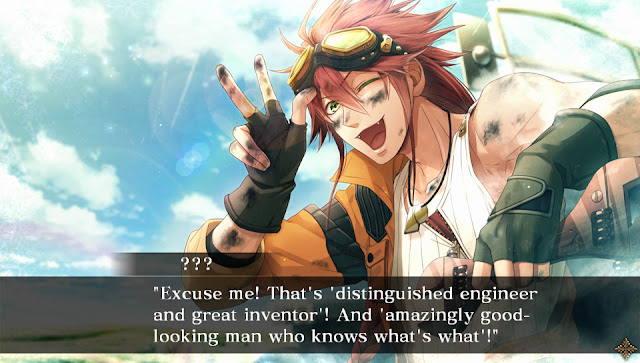 Although Lupin is the man on the front cover, he’s actually just one candidate for Cardia’s impossible love. This being an otome game (a narrative-heavy genre aimed at women and built chiefly around romancing males) she’s piloted by the reader’s decisions. Like Lupin, her other potential lovers happen to be based on classic European literary characters. This means anyone remotely versed in the works of Jules Verne and Mary Shelley will have foreknowledge of the characters and, as such, get a kick out of exploring the varying authenticity of Code:Realize’s characterisations. They’re inconsistent, ranging from very loose with characters like Abraham Van Helsing to tastefully accurate with Arsène Lupin, but this adds a strong element of celebrity fantasy to the whole thing.
Although romancing males is a definite selling point for Code:Realize’s target demographic, Cardia’s journey of self-discovery differs from many otome titles in that she has a solidly defined character. Although dry at the beginning (understandable and entirely suitable given her plight), the character’s ability to emote evolves alongside her tendency to contribute to the plot through her own actions. In fact, Cardia undergoes plenty of physical and mental training throughout the story, which at least limits the damsel in distress role instead of forever leaning on the generous males around her.
She’s a nice deviation from some of the genre’s avatars that exist purely as plot devices. Instead, she’s firing off interesting monologues about the story and folks around her. Her story isn’t without an over reliance on tired tropes at times, admittedly, but I truly appreciate that readers are guiding the actions of a real character. This in turn makes Code:Realize feel like a fleshed out visual novel wherein romance  isn’t intrinsically linked to the one playing. In other words, this is one story anyone can thoroughly enjoy regardless of gender or sexuality. 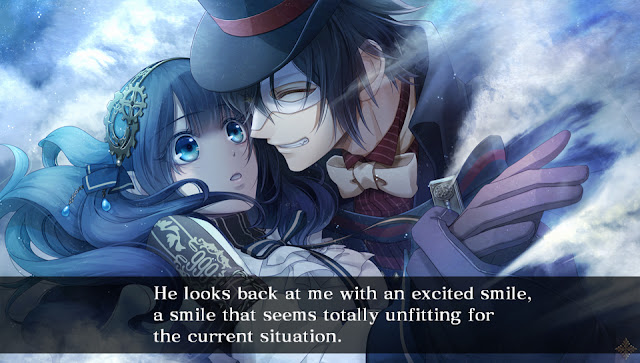 Stylistically, the tale is an irresistibly charming mishmash of aesthetics. There’s a pinch of Gothic horror, a slew of fancy Victorian-era garments, and European locales with a steampunk twist. If you’re going to throw the likes of Doctor Frankenstein and Abraham Van Helsing together, you’d best do it with flair and boy did the writers reach for the stars.
Every last aspect of Code:Realize’s presentation seems meticulously stewed over. That’s never bad news for a visual novel. Ignoring that it features some of the finest quality artwork out there that pops and looks spanking good on the Vita’s OLED screen, there’s a whole lot of love and care that went into designing the aforementioned steampunk aesthetics. Any time there’s a chance in scenery, it’s an opportunity to soak up the atmosphere of what could have would have been generic buildings and greenery in a multitude of other stories.
Code:Realize then goes out of its way to curate emotionally suitable songs for its many diverse scenarios. For instance, when Cardia stops to spin out a monologue in the middle of London’s bustling metropolis, clips of street chatter and city noise can be heard as if to emulate that feeling of wandering the streets and silently contemplating life despite the noisiness at every turn. Combined with the aforementioned top-grade backgrounds that shine as much as the elegant character designs, an extra dimension of depth is breathed into the believability of this world. It’s an experience mere text and character portraits can’t dream of providing. 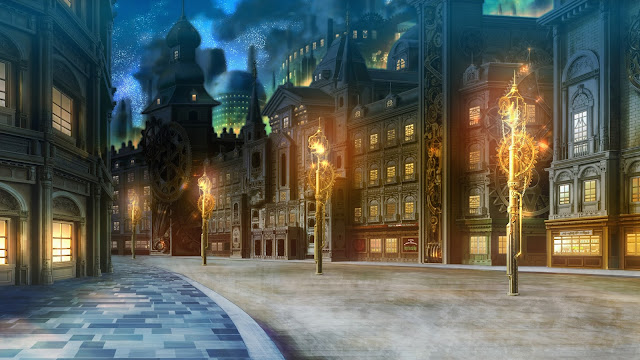 To some, visual novels are repetitive button-tappers devoid of depth, and easy to throw together and sell. Although I deem that assessment ignorant, I can see why this reputation exists in certain corners outside Japan. After all, it’s no Herculean task to throw together static couple character poses, hastily jot down a few hours of dialogue, compose some cookie-cutter music and call it a visual novel when that effort would have been better spent authoring a compelling story with pure written word.

Related reading: Do you reckon you can make your own visual novel? With Tyranobuilder, you can! Our full review.

But Code:Realize is the antithesis of the more cynical, mass-produced drivel that does exist out there. It doesn’t use the character-driven exchanges of dialogue inherent in the visual novel genre to no discernible advantage. No, it explores and relishes the value of every component the medium affords over traditional books. Atmospheric backgrounds, expressive character portraits, stellar voice over work, meaningful reader decisions – they’re all here and they’re all executed like a dream. Heck, there’s even a dynamic rewind function and an easily accessible glossary to help make sense of the more convoluted terms the story throws at readers. Although this narrative is a very long one indeed, it’s going to be well worth the repeated visits needed to romance Lupin and co.
Code:Realize ~Guardian of Rebirth~ is an ambitious, daring otome adventure that takes full advantage of the visual novel format. The lengthy narrative obviously won’t appease anyone frightened of novels, but for fans of the genre, it’s teeming with style and one of 2015’s essential reads.

Developer roundtable: On why Australian development has had its best year ever