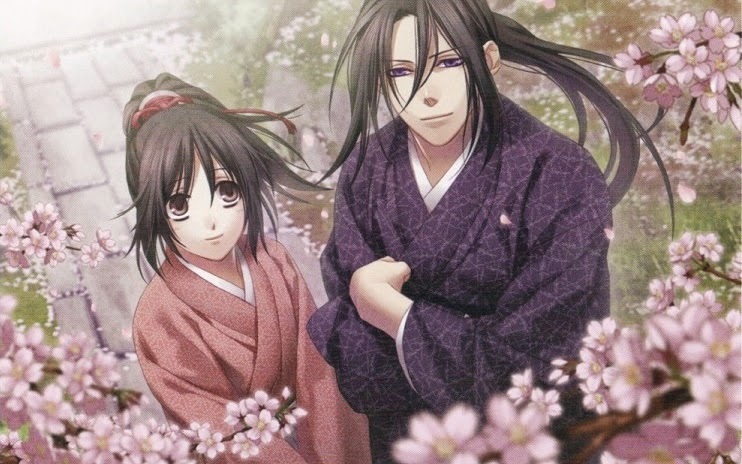 Hakuoki is one of the better visual novels out there. An otome game (as in a game that is targeted towards women, in which a female character needs to form a romantic bond with male characters), Hakuoki comes to us from Idea Factory, and has the distinction of being one of the most prominent otome games in English. There’s even a PlayStation 3 title in the franchise, and it’s excellent.

However, I am especially glad that the game is now available on the iPad. As a platform for visual novels, tablets are an ideal choice, as they don’t require complex button inputs, and the high quality and large size of the screen make for both a good reading experience, and a chance to appreciate the quality still art that a good visual novel should offer. Hakuoki on the Apple iPad is the definitive experience of this game, and I recommend that everyone with iPads pick it up.

For those who have never played one of the Hakuoki titles before, it’s a game that is set back in the time of the Shinsengumi (which, incidentally, places it in the same time period as the likes of Rurouni Kenshin). The Shinsengumi were something of a militarised police force that operated in Kyoto through a time of political tension, and were responsible for protecting law, order, and the Shogun himself at a time where there were plenty of secret societies and individuals trying to do the exact opposite. 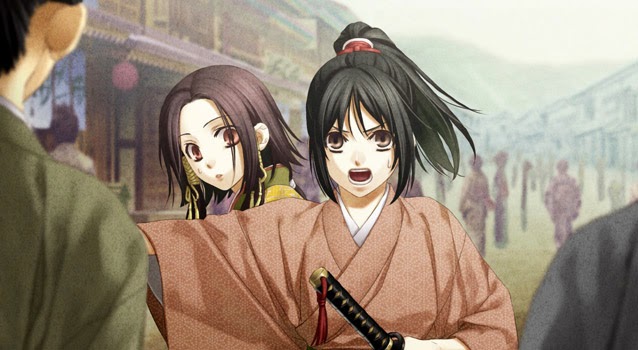 It makes for an exciting, tense period of drama, in other words, and while Hakuoki is a complete fantasy (it does, after all, deal with demons and magic potions and the like), it makes good use of real names and characters from the history books to contextualise and ground the action. Because this is a visual novel, player agency is limited to making a couple of decisions along the way to determine which character your hero ends up falling for, but these decisions do lead to some significantly divergent narrative trees, and as such you’ll want to replay the game a couple of times to experience the full story.

You’ll also want to replay the game a couple of times because it’s so incredibly well written. Obviously the quality of a visual novel depends a great deal on the quality of the writing within it, and Hakuoki is right up there with the likes of Danganronpa in that regard. The pacing strikes the perfect balance between the need to move the storytelling forward and depth, and the various mysteries that the narrative throws up are addressed in a timely, but engaging fashion. I know there’s a nonsense debate out there about whether visual novels are, in fact, games, but regardless of whether this is a game or not, Hakuoki’s storytelling alone is worthy of the price of admission.

It’s interesting on other levels too. Given that it’s a direct reversal of the otaku dating game genre, it’s fascinating to see how Hakuoki treats gender, and the relationship between the genders. The incessant innuendo and focus on sexuality that characterises dating games and otaku visual novels designed for men very much takes a back seat to a slower development to a more intense kind of relationship between the protagonist and her chosen romantic interest here. 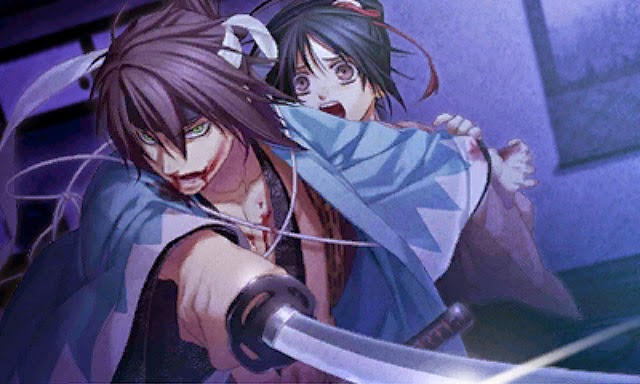 At the same time, there’s this odd confirmation of social expectations that I hadn’t anticipated when I first played through the game on the PlayStation 3, and it still sits oddly with me now. Chizuru Yukimura, the protagonist, is captured at the start of the narrative, and becomes the prisoner of the Shinsengumi. She spends much of her time at the start being constantly reminded of the power that the all-male cast have over her, and is effectively coerced over the threat of death to behave with deference to the men at all times. It is, effectively, an affirmation of patriarchal values whereby men are responsible for the protection of women, who are in turn expected to be grateful for their lot in life.

Later on through the narrative Yukimura becomes a more equal member of the Shinsengumi community, but remains reliant upon them for their support and aid. A story of female empowerment Hakuoki is not, in other words. More akin to classic fairy tales than, say, modern Disney, this game does, through its narrative, expose the traditionalist approach to gender roles that we often see in Japanese society. It’s not a criticism of the quality of the game, because as I said, it really is a remarkable example of interactive writing. Rather, it’s interesting to note that even in those games that are expressly designed to appeal to women first and foremost the lack of energy in deconstructing the way that Yukimura and the Shinsengumi relate to one another shows a commitment to maintaining a status quo.

Nevertheless, Hakuoki is never obnoxious or offensive in how it weaves its story, and men and women alike can appreciate it as they would a good book – and in this it is significantly different to the otaku dating games, which will only ever appeal to a certain subset of the community. It’s a fairly lengthy tale, and those looking at the price on the App store and wondering can rest assured that there is value for the premium asking price. It’s also backed up with some truly gorgeous art and music. Subtle, but effective, the presentation of Hakuoki helps immerse players within the words, and the character designs are spot on to match their characterisation. 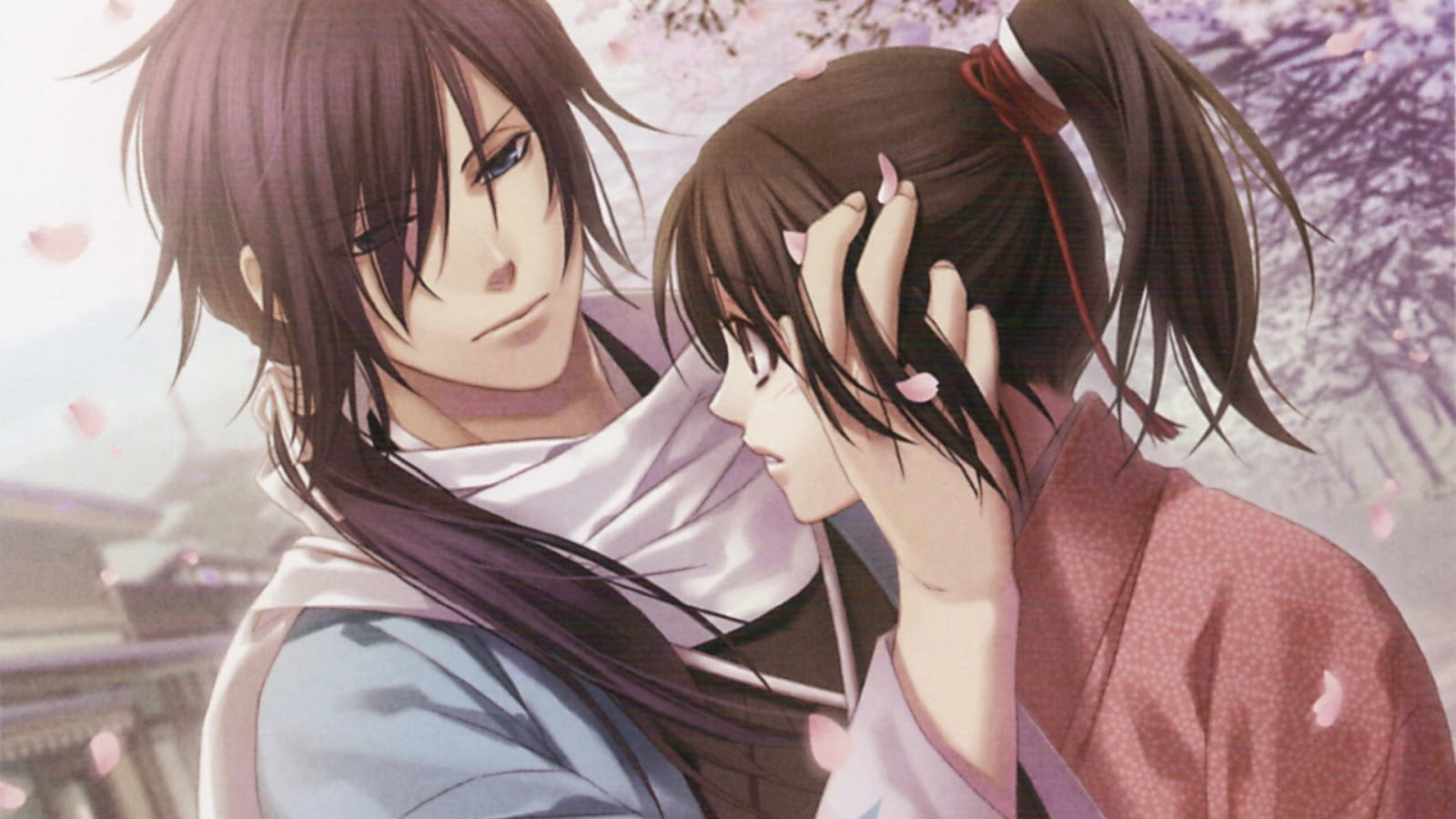 There’s even an mobile-exclusive chapter that people who have played previous versions of this game would not have experienced. Titled A Sweet Opinion, it comes fully voiced and includes six new illustrations, and while it’s not the pinnacle of storytelling in the series, it does enhance the characters further, and by the time you get up to it, you’re going to be invested enough in the characters that you do want the extra content. This extra chapter is reason enough for fans of earlier versions of Hakuoki to dip into their wallets again.

While we don’t get to see many otome games localised into English, it’s hard to think that many of them could top Hakuoki for sheer quality. Just like a good book, it’s the kind of game that you can kick back on the couch with on a lazy Sunday afternoon, or flick through for an hour or so before bed. Regardless of how you experience it, however, Hakuoki is a memorable, deep, and rich visual novel, and one of the finest examples of that particular genre that has ever been produced.