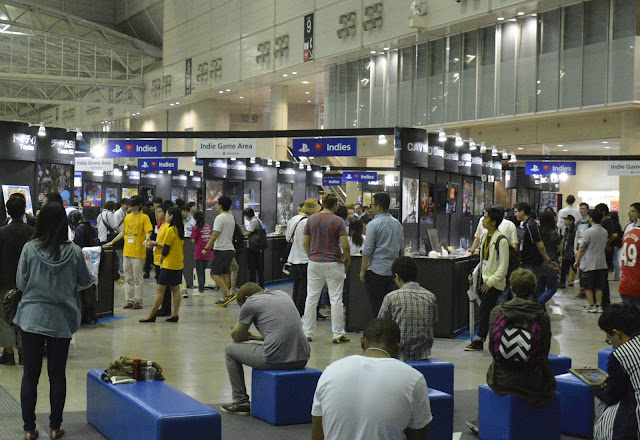 Yesterday, I reported on my top five picks from the main floor of TGS in 2015. This time around, I’m listing my top choices from the indie games section.

This year’s indie games section at TGS was genuinely impressive, with developers from everywhere from Australia, to Scandinavia, Poland, Japan, Philippines, and even the UAE. They were given a lot of space in an area separate to the main TGS floor, but in the same place that the merchandise and food shops, and cosplay competition area. I think this was for the best, as it meant that they indies effectively weren’t competing with the major publishers for attention when people were in that hall (but there were more than enough reasons for people to go to that hall in the first place).

The quality of indie games gets better and better, too. It’s not just that the tools to make games cheaply are getting to be higher quality (though with Unity, Unreal Engine, and so on being quite accessible in price this is certainly the case). There’s better support for indies than ever before, as evidenced by the giant “PlayStation loves indies” flags all over the place in the indie area. Indies are able to reach larger markets with mobile, PC and console being quite accessible to them. Retail is no longer the only way to sell games. All this combines to make indie games a real greenfield opportunity for creativity, and we saw that in force at TGS this year.

There were far, far too many games to list here, but I hope to write about a lot of them (with interviews with the developers) in the coming weeks. But in the meantime, here are my five picks for the indie games of TGS: 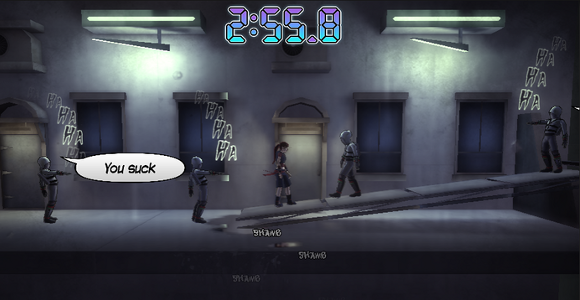 Ninja Pizza Girl is really, really slick. On the most basic level it’s a speedrun-focused 2D platformer in which players need to run, slide, and wall jump their way to make a delivery before time runs out. On that level it’s not much different to Goichi Suda’s Short Peace: Ranko Tsukigime’s Longest Day, only Ninja Pizza girl replaces Suda’s hyperkinetic use of colour with more muted, almost noir tones.

But while I wasn’t able to play far enough to get a sense of the narrative, what really sets this one apart is how it is meant to deal with some really serious issues, such as bullying and depression. There’s the slightest sense that might be the case from the opening levels, but it’s an intriguing thought if the developer pulls it off. And, when the platforming action is this robust and refined, I am confident that this will be the case. 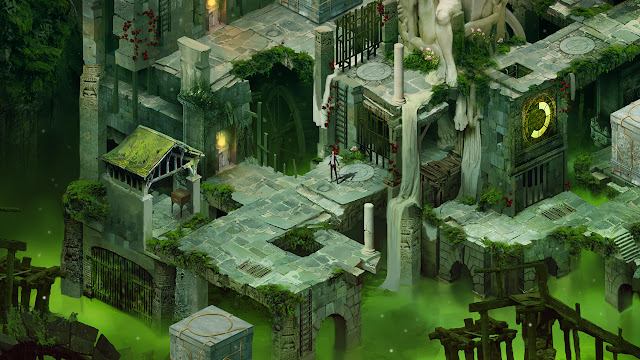 Pavilion bills itself as a “fourth person adventure game.” What this means in practice is that, rather than manipulate the lead character directly, what you do is manipulate objects around him to help him progress through a level. For example, the man won’t run through an unlit area, so your task is to manipulate lights so he can dart through. Fans of the Nintendo 64 classic, Blast Corps, will be somewhat familiar with this idea, though here it is far more sedate and less stressful in pacing.

From the early levels I played, it was easy to see that this game would offer some quite intricate puzzles as it went on. And it is a truly breathtaking game to look at and listen to. Equal parts serene and melancholic, the ruins that your little hero are exploring in the early stages carry with them a real sense of both mystery and wonder, and it’s the kind of game that will be at the forefront of my mind until I can play the full thing and unravel the mystery for myself. This game was more immediately interesting than almost anything else I saw at the show, indie or blockbuster. 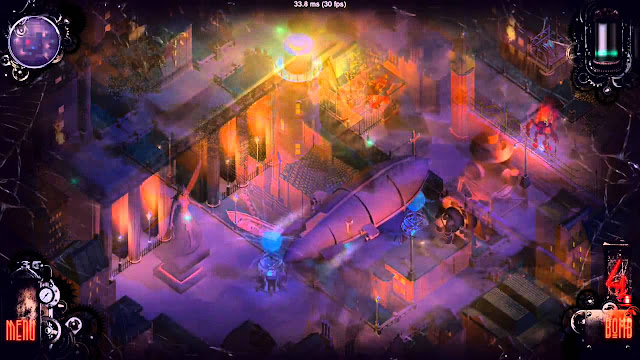 Who doesn’t like a bit of dark steampunk? Steamville has that in spades. Part stealth, part puzzle game, Steamville tasks players with navigating around a level, collecting orbs while avoiding robots, which will instantly kill the player’s hero if they get too close. With no way of directly combating them, the hero’s only option is to throw little glow balls on the ground, which attract the attention of the robots, and then use those like a trail of breadcrumbs to lead the robot to a glowing pillar, which will destroy them.

There was no real sense of narrative in this from the demo, and it will assuredly need a narrative given the quality of its environments, but Steamville is immediately appealing stuff. It seems to offer a challenge, and the levels are well designed. It is one to keep a very close eye on as it comes closer to release. 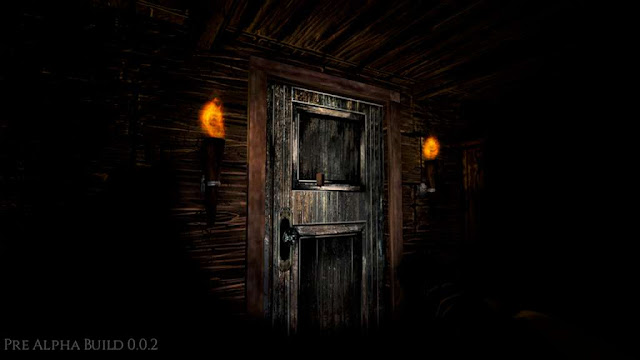 This is a game that has caught the attention of Square Enix, and was brought in to its Square Enix Collective system in order to help it get both the support of the community and funding through crowdfunding. As, perhaps, the highest profile game from the Philippines to date, it is certainly shaping up to be one creepy horror game.

Players take on the role of journalist, Ara Cruz, as she undertakes a mission to investigate a mansion that people went missing from. Anyone who has any experience with Asian horror knows that the best examples of the genre are far more terrifying than you’ll find anywhere else, and Nightfall, for an added touch of authenticity, is based on Philippine folklore. In other words, this is shaping up to be one of those cultural artifacts that I always look forward to as representative that the games industry is maturing as an art form… while being a load of fun at the same time. 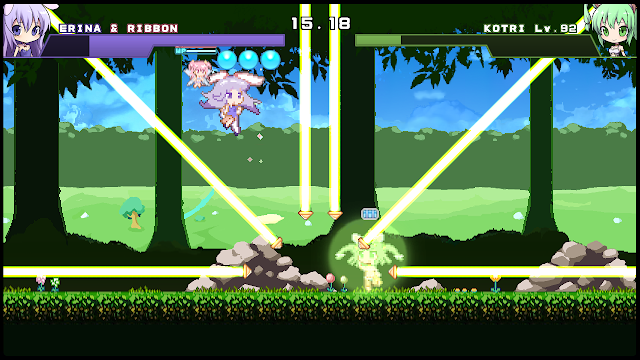 I’m not usually a big fan of retro-style platformers, brawlers, or bullet hell shooters, but somehow when you combine all three I end up having a great time. Rabi-Ribi is one of those retro throwback style games, but it does just enough interesting stuff to be worth a close look.

From what I played, the idea is for your hero to take on one opponent in a small 2D arena. Your character has a range of strong, weak, ranged and special attacks to help in their fight, but as does your opponent. Where this one gets really interesting is when the special attacks come, because they fill the screen with projectiles or lasers to avoid, and for a couple of seconds, you need to dodge them as you might in a bullet hell. This merging of styles is laugh-out-loud fun at times, and took Rabi-Ribi from a game I would never look twice at based on screenshots, to one I’m genuinely interested in investing in.

Again, though, I’d like to mention there were more genuine quality indie games then I could possibly mention here. Submerged was on display, but a bit pointless to mention given I’ve already reviewed it. There were rhythm games that I see great potential in, RTS titles, and RPGs. There were even really neat mobile games that I’m not mentioning in the likely even they never become localised into English.

Once again a major gaming convention demonstrates to me that I would rather spend my time playing indie games than almost any “blockbuster” you can think of.