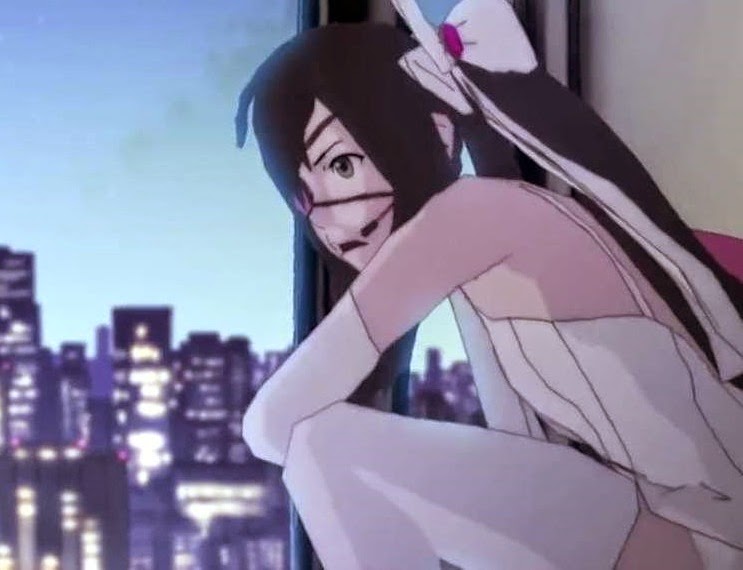 The award for the oddest “game” release on the PlayStation 3 this year will surely go to Short Piece: Ranko Tsukihime’s Longest Day. I say that because it’s not really a game. Not really.

Short Peace is actually four short animated films, and one short game that is more film than game. In practice it’s actually a collaboration between some of Japan’s finest anime artists, including Shuhei Morita (Academy Award-nominated Possessions, Tokyo Ghoul), Katsuhiro Otomo (Akira) and Hajime Katoki (Gundam). These short films travel a gamut of themes that are core to Japanese philosophy – from the Japanese sense of spirituality and their relationship to nature, right through to the conflict between humanity and technology development (manifest as robots). Because the combined run time of these films reaches only an hour, they’re very much a case of “get in, hit viewers a simple idea, get out,” but they’re very watchable despite their simplicity. 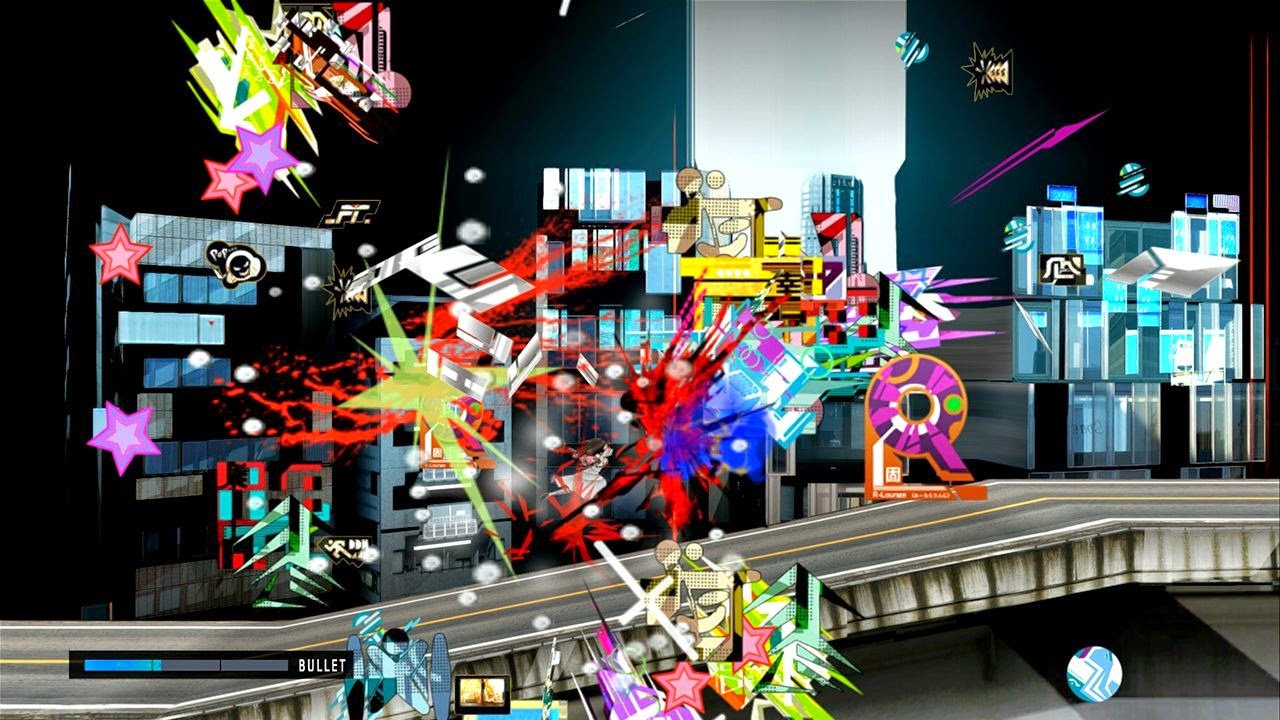 With each of these stories being fundamentally different, each person is going to have their own personal favourite, but on a personal note I’ll nominate Hiroaki Ando’s Gambo. In Gambo, there’s a demon (Oni) terrorising a local population, but a great white bear appears to defend the people against the monster. He’s not a match for the demon’s might, but his stalwart bravery convinces others to also stand up and fight. It’s a very Japanese understanding of the world, and it’s beautiful, dramatic, and sad, in a bittersweet sense of the word.

So the anime shorts are all worthwhile, and anyone with any appreciation of form should find the time to watch them. The game, Ranko Tsukimime’s Longest Day, meanwhile, was written by Goichi Suda and further cements his position as the Quentin Tarantino of game development. Edgy and with more than a hint of Kill Bill in it, Longest Day is at its heart a simple runner-style platformer, but it gets away with that simplicity by being so vibrant and, most of all, fast. 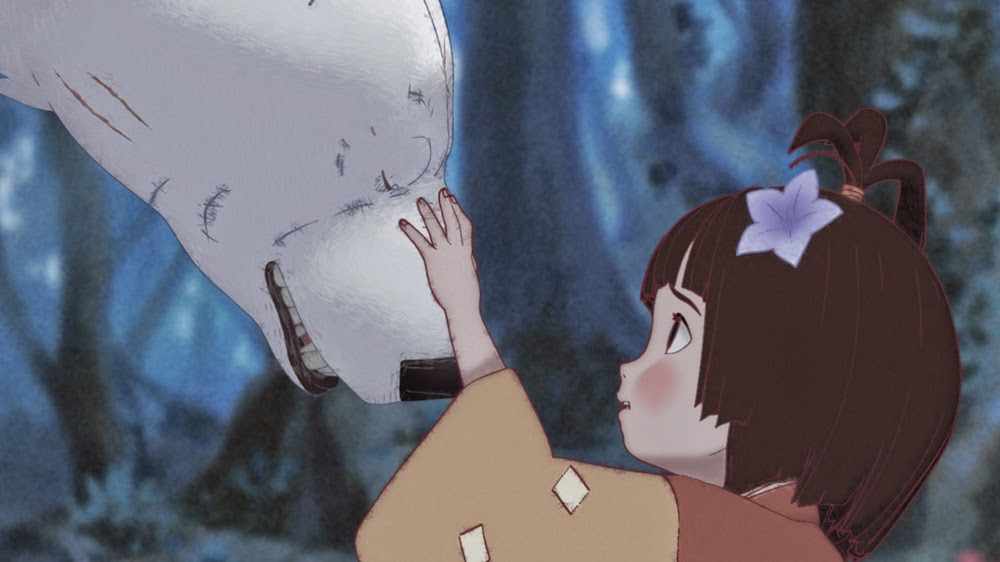 Ranko is an athletic young woman as she sets off on her quest to kill her father (see? Kill Bill). In addition to a sword for slashing (which can create chain effects if the enemy then crashes into another enemy), she can hover briefly in mid air, do ninja-style wall jumps, and increase her momentum by sliding downhill. She needs to keep moving, because there are a swarm of creepy arms chasing behind her that she needs to outpace. Levels have multiple paths through them too, with little bonuses like unlockable concept art to be earned by exploring the harder-to-find paths.

Thanks to the sheer speed there’s a certain visceral reward to getting good at Ranko Tsukigimie. As she’s ducking and diving around the place, offing enemies that appear on the screen almost before you’ve had time to notice them, it’s easy to ignore the relatively pedestrian design of the levels thanks to the sheer energy in which you’ll be doing things.

That’s not the only trick that was used to conceal the lack of depth in the game. Environments are brightly coloured and as enemies are killed there’s an explosion in punk/ street style clashing colours that fills the screen. And as I mentioned at the outset, this is more anime than game itself – the cut scenes are stunning and not always related to what happens in the gameplay. For instance, before the first level the set up made me think that this was going to be some kind of brawler, not a platformer. But I’m glad that those cut scenes are there, because they give us a good sense of Ranko being a character we’d like to see more of in the future, and help break up action that would otherwise be incredibly repetitive. 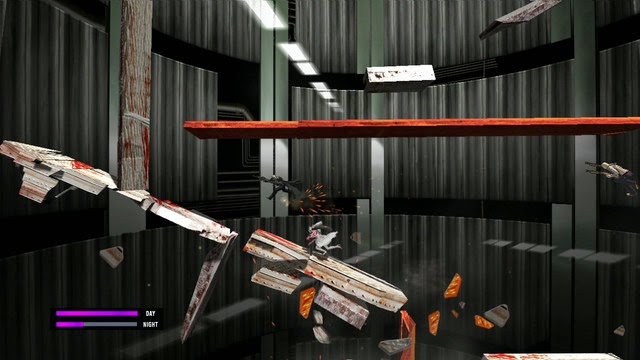 And that’s why Short Peace and Ranko Tsukigime is such an odd package for a PlayStation 3 release. Rather than a proper game, it’s a compilation of anime and a minigame. That minigame is actually quite enjoyable, though people coming to this as a game, rather than an anime compilation, will be ultimately disappointed with how limited it is.

But for anime fans, it’s literally pulling together some of the brightest minds in the industry and allowing them to run free with a very creative format. Short stories are always less inhibited than full-length projects, and if nothing else, everything that we find in the Short Peace package is very creative indeed.