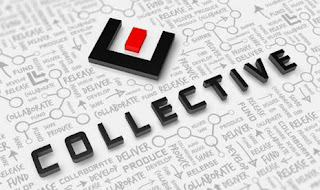 Earlier today Square Enix announced its own crowdfunding initiative; Square Enix Collective. In partnership with Indiegogo, Square Enix is offering independent developers the ability to post up their game ideas, and if they’re popular enough they’ll gain funding via Indiegogo, and publishing support via Square Enix.

If it was just the funding angle, it would be far too easy to dismiss this as a weak attempt for Square Enix to gain a slice of the crowdfunding pie, but it’s that publisher support angle that makes this initiative, potentially, the ultimate route for independent developers to go.

Say what you like about Square Enix, it is a company that knows how to bring games to market. Say what you like about indie games, their developers often have no idea how to bring games to market. Marketing and production are both genuine challenges for the typical independent developer, who is more interested in creating a game, then going through the exhaustive process of trying to sell it to the community.

That’s something that Kickstarter hasn’t been able to help with. Indie developers go to Kickstarter to look for money, but even in the event that it’s successful, selling the completed game outside of the league of backers has remained something the developers have had to figure out on their own. Successful campaigns on the Square Enix Collective program will enjoy far better marketing support than an equivalent campaign on Kickstarter would enjoy.

There’s some significant benefits in the initiative for Square Enix itself, of course. Any publisher worth its salt is on the look out for the “next big thing”; talented developers and game ideas that it can capitalise on. This campaign will give Square Enix a direct line of dialogue with the indies responsible for much of the innovation that we now see in games development. There’s already a sense that the company is using the initiative to try and find fresh blood to work with – it’s offering select classic Eidos IPs to especially impressive indies running campaigns on the platform.

With Sony, Nintendo and Microsoft all competing with one another to bring indie games to market, it was always going to be important for third party publishers to figure out their own platforms for doing that, lest the industry talent get consolidated around the three major console manufacturers. The potential for this program to bring new ideas and talent into the Square Enix fold cannot be underestimated.

I’m looking forward to seeing how this program develops moving forward, and whether indie developers that were considering running a Kickstarter might change their mind to instead try their luck with Square Enix.