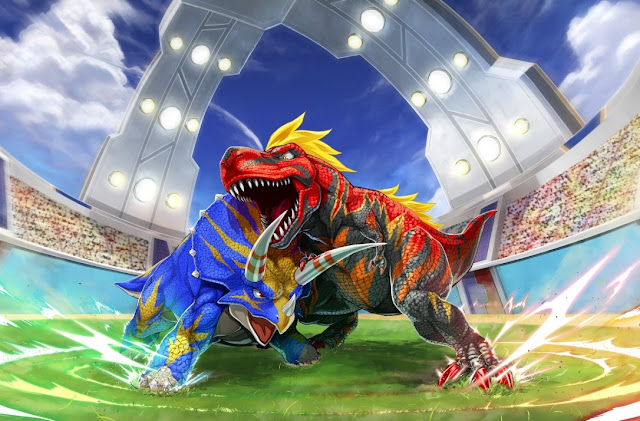 Back when I was a child, I had a mild addiction to a little card game that came, one pack of cards at a time, with a magazine I was collecting about dinosaurs.

The card game itself wasn’t much more than a Top Trumps game, in which each dinosaur had a range of (quite arbitrary) statistics, and you’d play them off against one another, not quite sure what card your opponent would be playing. But I loved that little card game for two reasons: 1) the art on each of the cards was gorgeous and 2) I liked dinosaurs.

It was the kind of game that was educating me by stealth, so that when I was reading about the dinosaurs in the magazine I was recognising names and knowing roughly what kind of dinosaur they were (herbivore, omnivore, carnivore, and other such basic concepts). And that made it a good game, because it had both entertainment and educational value. 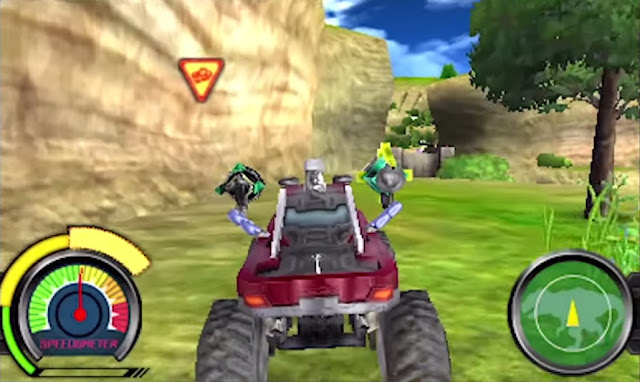 I should have guessed I wouldn’t have a good time with this one from the moment the opening credits started, and my ears were assaulted with a theme song that sounds like it was pulled directly from the cheapest Sunday morning kid’s cartoon you could imagine. That immediately sets the tone for the rest of the game, with the narrative, art style and general flow of the game working like one of those cynical and empty nonsense shows that TVs pay peanuts for and throw up in the morning in order to fill the requisite children’s TV time.

There’s a significant difference from a game like this and one like Pokemon or Super Mario Bros., which are able to resonate equally with both children and adults, and that is that those better games demonstrate a respect for their audience, whereas Fossil Fighters feels like it’s pandering to them. Super Mario Bros. is happy to be a difficult game, but there’s nothing challenging about Fossil Fighters. Pokemon games inevitably include all kinds of monster designs that are quite funny to adults (such as the classic Farfetch’d and his leek, which is a play on a Japanese idiom), while also being charming to children. But Fossil Fighters has none of that subtle sense of humour, focused instead on taking classic dinosaur designs and brightly colouring them to fit with that Sunday cartoon aesthetic. The end result is a game with a vapid and generally uninteresting context, with the most shallow of appeal that grows stale very quickly. 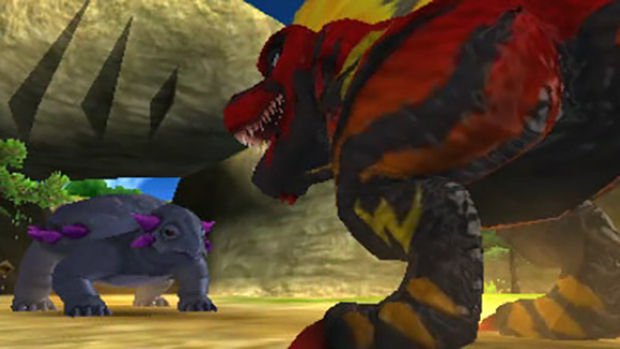 Oddly enough, in terms of the gameplay, Fossil Fighters has no qualms about confusing its target audience. Players are meant to choose carefully between dinosaurs that can attack long and short, are able to compensate for and exploit enemy elemental strengths and weaknesses, and have a range of special abilities to juggle between. But all of this is explained in such a slow and clunky manner that it tested my patience, let alone what it must do to a child’s.

And though there are a lot of different dinosaurs to collect and use in battle, the differences between them are nowhere near as nuanced as you’d find in a game like Pokemon. There’s some thrill involved in finding a new dinosaur, simply because it’s something new, but most of these dinosaurs won’t replace the old faithfuls that you’ll keep returning back to.

If there’s one highlight in the package, it’s the actual excavation process that you’ll go through to find new dinosaurs. In the overworld map (which you drive around in a buggy thing and is single most dreadfully boring way to explore an RPG’s overworld map that I’ve ever experienced) you’ll occasionally come across fossils buried around the landscape. Once discovered you’ll be shifted to a little minigame where you need to use a range of tools via your stylus on the touch screen to chip, drill and dust away at a bit of bone in the rock. You’ll only have a short time to complete the excavation, and a minimum amount of the fossil needs to be dug out. The more successful you are, the more potent the fossil will be when it’s converted into dinosaur form (which happens once the timer has run out). 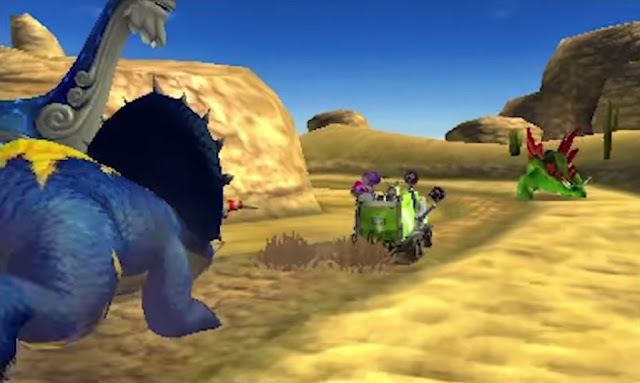 If the fossil is for a dinosaur that you haven’t discovered before, then it will revive you a new dinosaur from scratch. If, however, it’s a dinosaur that you’ve already discovered, then one of two things will happen: the new fossil could be for a new part of the dinosaur (for example, you might already have the skull, and just discovered the arms), in which case the new fossil will add additional power and skills to the existing dinosaur. If it’s an existing part for a dinosaur bit you’ve already got, and the new fossil is of a higher rating, it will simply add extra “experience” points to the dinosaur.

This system is great, and much more fun than throwing a ball at a pokemon. While it does slow down the overall pace of exploration through the game, collecting these dinosaurs are largely the point of Fossil Fighters, so it’s hard to hold that against it. It’s just a pity that the combat and narrative are both much less engaging than they should be.

More than anything else though, what annoys me about Fossil Fighters is that the developers ignore actual dinosaurs completely to come up with these weak hypercoloured monsters. Dinosaurs are cool. Kids love them. Adults are fascinated by them. So why replace them with fluorescent colours and stupid names? Not only does it rip a lot of the real-world context that could have made the game as engaging as the first Jurassic Park film, but it also means that Fossil Fighters’ ability to inspire players to learn more about dinosaurs is limited unnecessarily. It would have been more interesting and more educational if they had have just stuck with real dinosaur names. 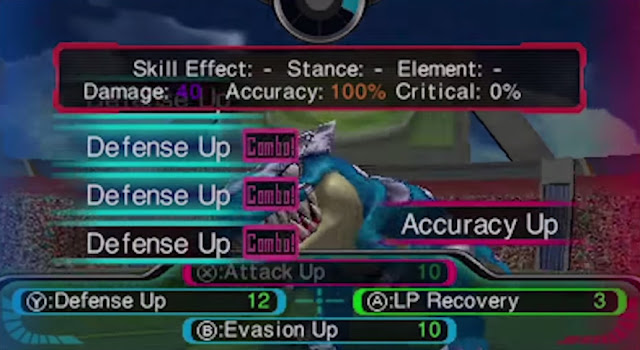 In theory I would love a game like Fossil Fighters, but while I was willing to forgive the original on the Nintendo DS as a good-but-flawed new IP, by now the game should have a far more refined identity by now. There’s still potential in Fossil Fighters, but the series needs to head back to the drawing board for a thorough rethink.