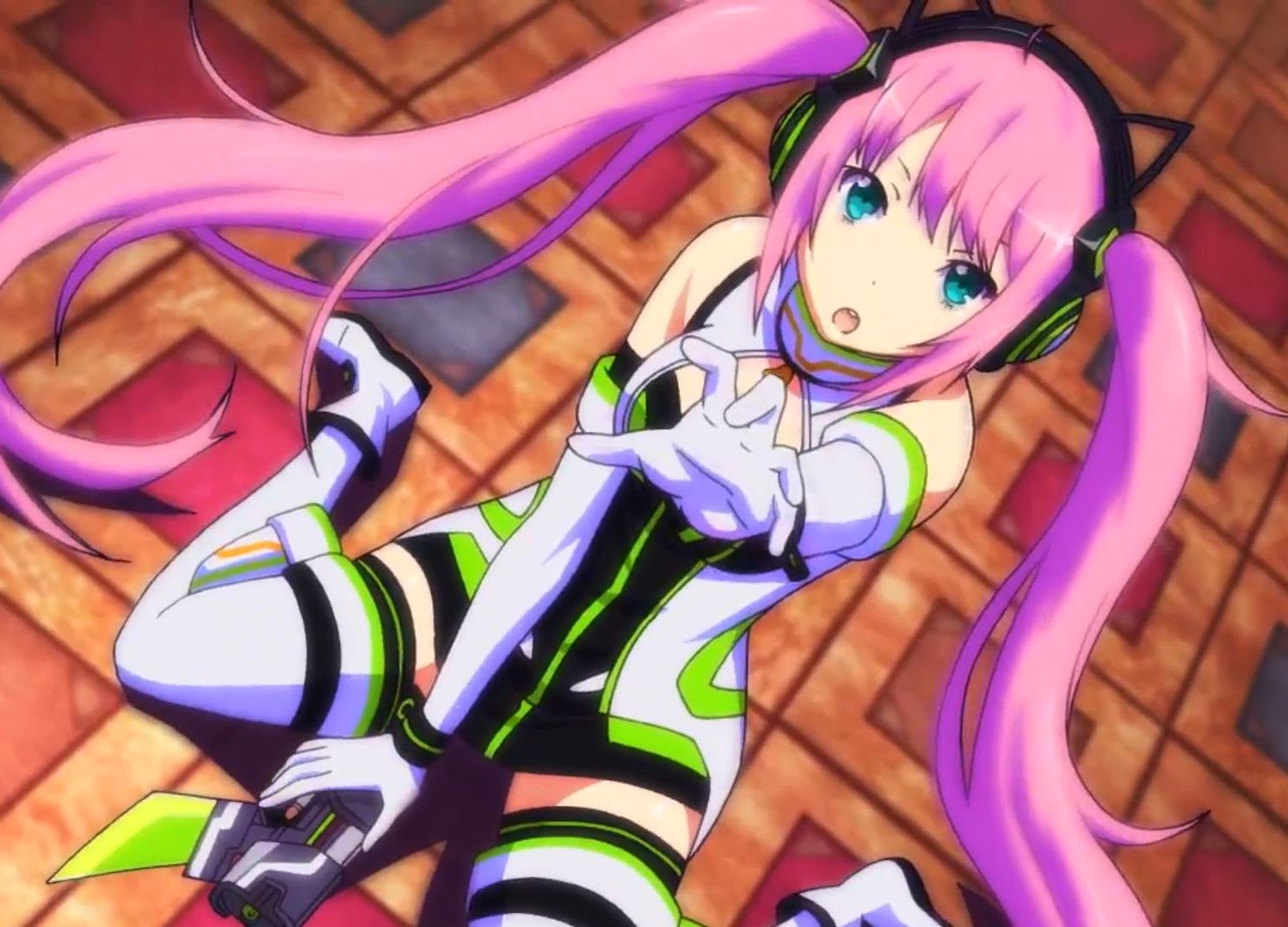 At first glance, Conception II might not look like it is anything special. The story itself is as tried and true as almost any other JRPG as you assume the role of a chosen one with incredible power that will join forces with others to save the world from impending darkness and destruction. When you look a bit below the surface however, that is when Conception II starts to show you that there is some ample substance worth investing in.

The difficulty in looking deeper into Conception is that it embraces plenty of clichés and can create an atmosphere that might be uncomfortable to some players right out of the gates. This is a very Japanese game, with a very strong theme that will resonate more with the Japanese than those in the west. The setting is an academy (school), and the main character is established as God’s Gift (presumably to women) within the game’s introductory scenes. He has incredible power and the women at this academy are almost throwing themselves at him.

At least, that is how it looks at first. While it would be easy to write this portion of the game off as a shallow harem story, the female characters are the focus of the story, and they’re quite an interesting group. There’s a touch of dating game sim to Conception, where players give the girls gifts and spend time with them in order to improve their affection toward you, and their personalities show some endearingly quirky traits as you bond with them. For instance there’s a young woman with all the capability in the world, but suffering from anxiety when having to speak in front of others. It’s an anime trope, sure, but it’s especially well written here. Unfortunately not all of the characters pan out as equally interesting, with some far more likeable than others.

In a sense, this side of the game reminded me of Persona 4 and the need to deepen relationships with the other characters is a primary pillar of success. However, while the characters found in Conception II are a diverse lot, they do lack the depth found in the Persona 4 characterisation. This is not the only place where it feels like Persona was an influence for Conception II. The randomly generated dungeons that serve as the place where combat happens also resemble the quest structure of Persona. 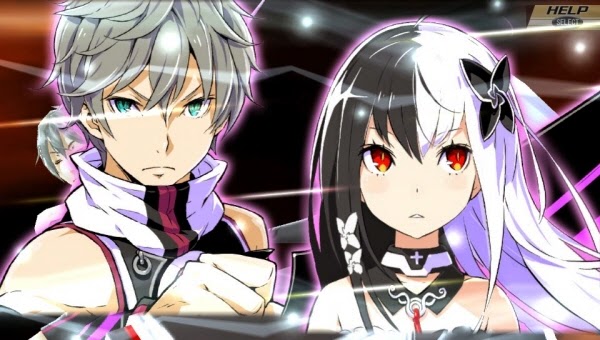 With a title made up of the word “conception”, one does find themselves wondering just how that pans out within the game itself. It is not nearly as dirty as the bouncing chests and pretty faces of the character art that you might have seen in the promotional material would suggest. While dialogue often steers conversations toward breast size and raging hormones, the actual reproduction process – “Classmating” as the game calls it – consists of little more than your hero and his companion of choice holding hands and somehow this creates small children that can then be used in the dungeon hacking. It’s a weirdly innocent way of representing high school relationships and romance, I’ll give it that.

Really, Conception is both a parody and criticism of the pressure that Japanese society is trying to place on its youth to reproduce. Faced with a rapidly aging population and declining birth rate, Japan is quickly heading towards an economic hell if it can’t get produce more children, literally. And so the rhetoric that young Japanese people are constantly exposed to is one that encourages them to reproduce. The idea here, that players “manufacture” children to support the “cause,” and while it is a little tasteless in theory, in practice that’s almost precisely what’s being asked of young couples in Japan.

Combat starts off fairly tactical and entertaining, but it does begin to grew rather repetitive over time. Players build up their team of progeny (called Star Children) and when combat begins, the team falls into four quadrants around the enemy. From there players decide whether to strike at the opponent from vulnerable angles or to try chaining more and more attacks together by taking them head-on. As you would expect, more success in combat leads to greater experience and level gains for everyone involved. When the Star Children reach their maximum level, players are are encouraged to ‘set them free’ within the academy’s city. Doing so helps to improve the city, creating an opening for new and improved children while adding a strategy-like element to the city’s development as well. 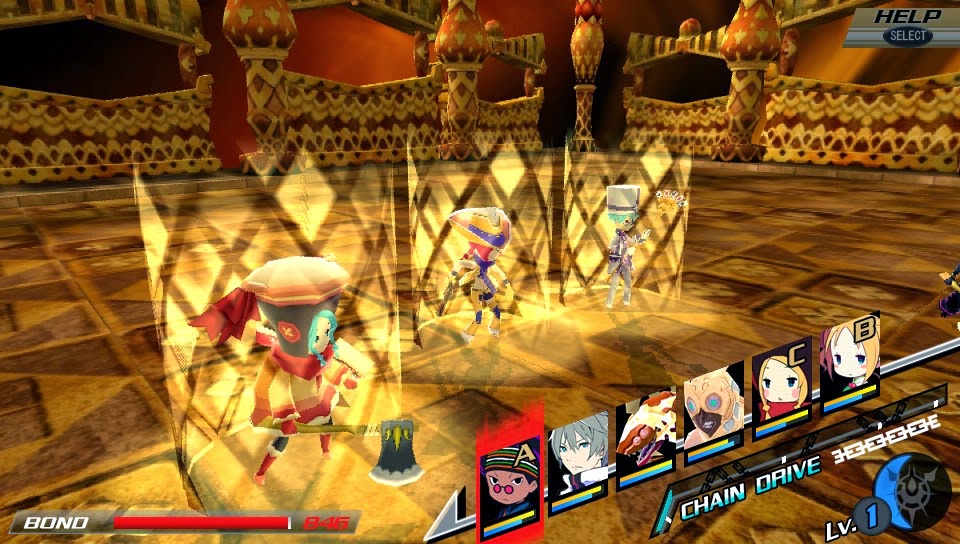 This creation process is also interesting because it serves as a level of party customisation. Neither the heroines nor God’s Gift can be edited, but the children take on the properties of their parents and players can use them to assemble teams however they like.  If you want a cluster of really effective healers or powerful fighters, you can create a team to suit your style of play.

As you progress through the game, you build up stronger relationships with the girls accompanying you. This in turn leads to stronger Star Children, creating a cycle of perpetual growth. The only real flaw to that system is that new children may have a higher ceiling, but they do start off weaker than the progeny they replaced. This tends to lead you toward a grind in the training areas to improve the children instead of progressing with the story. Since the dungeons themselves look somewhat drab and the combat can grow repetitive after a time, Conception II does drag a little. It is rewarding once you have a team assembled and ready to take on the next challenge, but truth be told I enjoyed my time in the academy and city more than the dungeons by the end of the game.

All this drama and character interaction might seem silly, and in truth Conception II does at times seem as though its inhabitants are more interested in their appearances and relationships with one another than dealing with the dire circumstances that brought them together in the first place. I appreciated those lighter moments, however it would be unreasonable of me to suggest that everyone else would see similarly.

With a handful of interesting chances taken with the combat and core mechanics of Classmating, it is a shame that the combat itself becomes a grind. The systems all interact with one another nicely and help to create a fun JRPG experience, though the title should give away that for those offended by cheesy dialogue laced with sexual innuendoes and references, they might not appreciate this game’s narrative as much as others. All that said, the whole is certainly better than its parts when it all comes together, making Conception II a worthwhile adventure for JRPG fans.