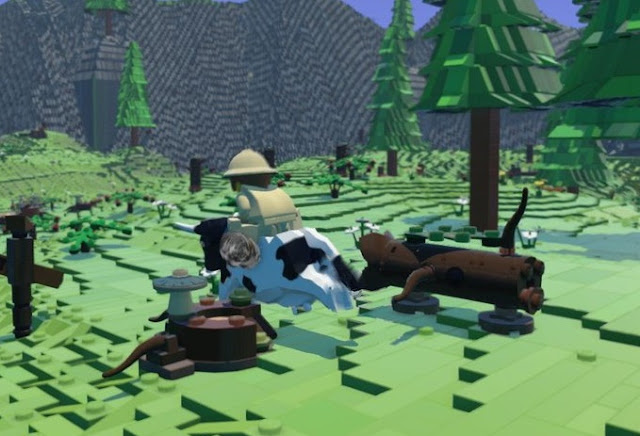 The word LEGO means different things to different people – and that is by design. As someone who grew up with these tiny connectible bricks, I have many fond memories of building a variety of landscapes for my toys to play in. The possibilities were limited by only my imagination – and kids have pretty amazing imaginations. Well, there was one limitation: how many bricks I had in my possession. LEGO Worlds solves that problem by giving you everything needed to build the environments you want while playing with others. It is my childhood self’s dream come true.

If I sound a bit over-the-top about the idea behind LEGO Worlds, you have to understand just how often I was building with them. I had a small table next to my bed that I actually encased with LEGO bricks from top to bottom. I built a castle around my alarm block. Voltron, Transformers and G.I. Joes battled on many different LEGO landscapes. I was mostly working with the generic bricks at the time. Obviously the world of LEGO has become a good deal more advanced since then, with a variety of rounded pieces, figures and pre-built sets that can operate somewhat akin to a 3D paint-by-numbers.

Clearly, LEGO Worlds is meant to be kid friendly, so to test the early build of the game I got all my kids to play with it. My youngest is thirteen so my kids are getting up there in age. It would have been easy for them to turn their noses up at the idea, but I brought them up right – they had plenty of LEGO toys growing up as well. All three (thirteen, sixteen and nineteen) have logged plenty of time with it, and spent their time doing different things. My oldest likes to simply create. She is one of those people who can spend an entire day just creating her Sims instead of actually playing the game. My youngest looks at the social aspects of a game like this, something she can play with her friends. My son is the middle child, and he likes to find the challenges in games, and went about wanting to fight things. 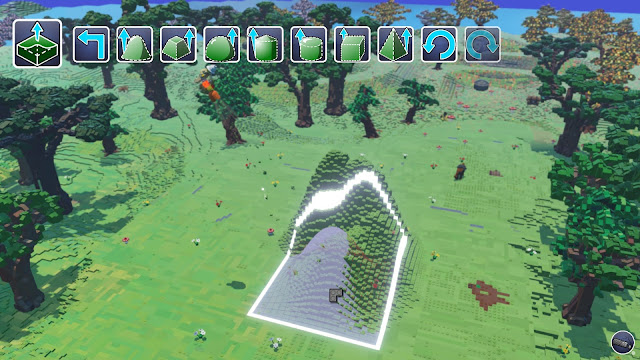 Each of the kids had their own varying degrees of success but seemed to enjoy their time with it. I was interested in the entire package. The easy comparison is to try and line LEGO Worlds up next to Minecraft and tick off a bunch of different boxes. There are similarities to be sure, but LEGO Worlds is not quite as polished at this time (as you might expect). However, it is easy to see that the foundation that the developers have in place could easily surpass anything Minecraft currently has to offer.

Because this is an Early Access title, LEGO Worlds still is in development. With this in mind, the tools for building are generally excellent. Players of all experiences can easily start to assemble some pretty amazing-looking landscapes and buildings. That being said, there is very little actual core game here. You are exploring and unlocking content made by others, or building your own, but there is nothing really in the way of storyline, questing or even more advanced building tools (I love that there are vehicles in the game, but currently you cannot build your own).

The game is incredibly stable, never once crashing on me, and I love that there is controller support that worked great right away. That being said, the controls are overly touchy and could use some options to ease them down. They tend to react very sharply when adjusting the camera, and this was most notable when hooning around in a vehicle. Precision building can also be quite touchy at times. I loved the overall tools, but found myself spending more time fixing mistakes due to input controls than I would have liked. That being said, I still felt the controller worked better than the mouse and keyboard combination – don’t be surprised to see this make its way to consoles later on. 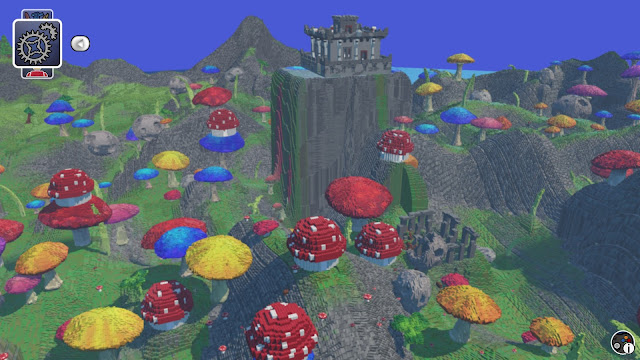 One of the best parts of Minecraft is the ability to play it with friends – especially in local co-op. My kids and I play it constantly, especially on our Xbox One. Right now the lack of multiplayer does make LEGO Worlds feel like a very vast, but also very empty world. I know there are plans to add multiplayer options, but currently this is a big piece that is missing from the experience.

While the game never crashed, some optimisation could still stand to take place. I have a really fast PC, but there were a few points where the framerate dropped considerably. I’ll take that over crashes, and the world can be so much fun to look at, but hopefully they improve on this part of the game.

One of the best features is the character creator. There is a great attention to detail and changing my character around on a whim is a lot of fun. It is also worth noting that there is an attention to detail outside of just the visuals, but also in the sound design. It might sound like a little thing, but hearing those blocks click into place is surprisingly satisfactory sensation, especially in the earlier portions of the game. 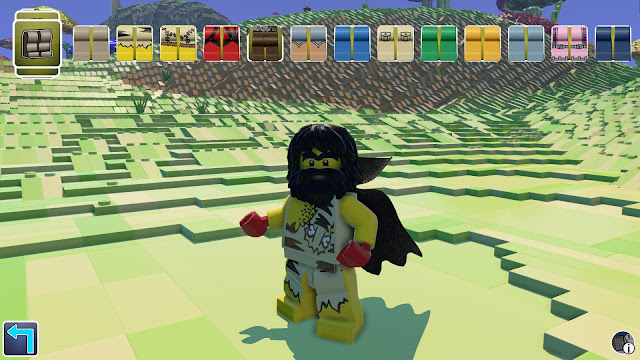 There are numerous directions for this title to go. The pre-built vehicles and various animals you can ride on (I will admit to trotting around on a goat for far longer than I probably should have) have the potential to major features if the developer is to build on them further. Simply put, they can be a great deal of fun.

A great number of people have gravitated away from the physical LEGO blocks to Minecraft over the years because that game leveraged creativity in a way that LEGO blocks have done for decades now, but packaged it in a format that resonated better with the younger generation. Stripping the survival elements out of Minecraft, LEGO Worlds is currently more akin to an open editor at this point, the narrative potential of Minecraft or adventure gameplay mechanics to grab onto. Thankfully, the creation elements are handled quite well and the exploration, creation and saving of worlds when combined with unlocking new tools is incredibly rewarding. It is still early, but LEGO Worlds has the potential to be something very special.