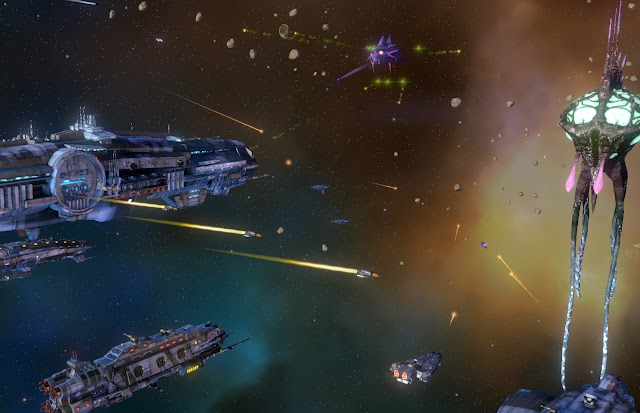 Many years ago now (well, four), a small Australian developer from Perth produced one of my favourite PlayStation Minis games. Black Lab Games’ Star Hammer Tactics was a space faring tactical strategy game that might not have looked like much, but it provided some great value to fans of the likes of Advance Wars and Fire Emblem.

Sadly (and despite an iPad port of the game), Star Hammer Tactics wasn’t a great success. You can’t find it on the various download stores any more either, because it briefly sent Paul Turbett, the founder and lead of Black Lab Games, out of the games industry.

Thankfully, he’s back, and has taken another swing at the Star Hammer franchise with Star Hammer: The Vanguard Prophecy. In collaboration with the hardcore strategy specialist publisher, Slitherine, The Vanguard Prophecy has far better backing and production values than its predecessor, and thanks to a clever mix of RTS and turn based combat, this is a game that I am comfortable recommending to any and all strategy fans out there. 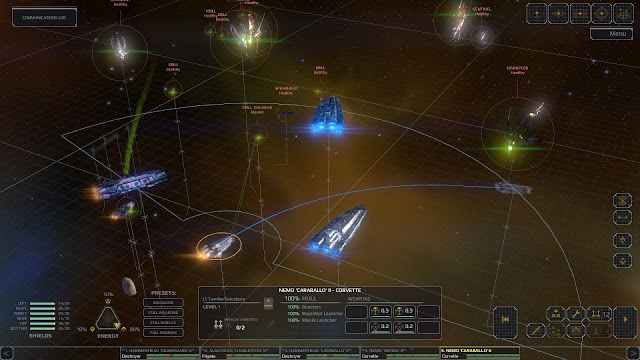 It’s quite a looker, for a start. Space is an infinite place, and as far as I’m concerned, the key aesthetic challenge for any developer of a space game is conveying a sense of scale, even when the player’s only going to be able to experience a tiny fraction of it. Mass Effect did it well: despite presenting players with tiny areas to explore (basically, the size of a typical Call of Duty map), from start to finish players were left with an impression of a vast galaxy filled with places to explore. Star Hammer: The Vanguard Prophecy achieves it too. Unlike Mass Effect you’re not spending most of your time as a soldier on foot, of course, and are instead in command of a small fleet of spaceships, but while each battle map is essentially only the size of a tiny section of space, the free camera allows you to scroll around and see a vast emptiness, with planets and stars off in the distance. A lonely asteroid or two floats past, and there’s the odd space station lying around, but you’re nevertheless going to be left with a cold emptiness that perfectly represents what it must be like to be in space.

While the soundtrack is a kind of generic space theme, and the unit models aren’t going to win awards for innovation (which doesn’t matter so much for the human-controlled ships, but the aliens that they’re fighting against could have used a little more creative thought), Star Hammer: The Vanguard Prophecy is nonetheless a visually vibrant game once the action picks up. Because combat plays out in real time, once enemy ships start fighting at one another, there’s some nice lighting effects and the whooshes and thuds as missiles are launched and hit their marks are enjoyable. Remembering that this is very much an independent project, the atmosphere created within the aesthetics is impressive work indeed.

More impressive is the combat system, which is as nuanced and complex as games made by far bigger and better resourced teams. I was strongly reminded of 2K Games’ Ace Patrol series early on in the campaign, when both my ships and the enemy were fairly stock standard metal space birds. Just like in Ace Patrol I had control over my ships’ vertical and horizontal movement, and because they were big, metal machines, they couldn’t just turn on a dime; I needed to carefully consider turning arcs in order to keep the enemy planes within firing range. 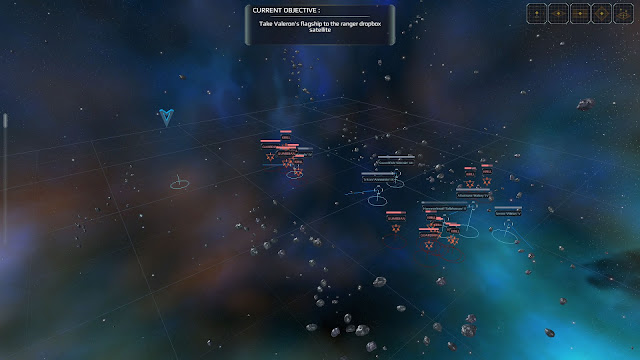 The difference is that Ace Patrol is a purely turn based game, and Star Hammer plays out in an interesting mix of turn based and real time action. You’ll give your units commands, and then watch for a while as those commands play out. Then the action will pause, you’ll issue a new set of commands, and off you go again. This side of things plays out similarly to other games like Frozen Synapse. It’s a more authentic strategy combat model, as it forces players to predict enemy movements, rather than simply react to them. It also allows for a more dynamic visual effect as ships fire at one another in real time.

Later missions feature a greater range of enemies to take on, requiring a number of different strategic approaches, as well as some branching paths through the narrative. The execution of plot arcs are a little clunky, and behave more like a contrivance to encourage multiple runs (and therefore extending the length of the game). Further, to be brutally honest the narrative is hardly a classic, but I found myself tackling the different paths simply because the core mechanics are so solid that I welcomed the opportunity to take on all the different scenarios on offer. There’s about 60 of them, so working through them all did take some time.

Further extending the replay value are the management elements, which involve tweaking bits of each ship, such as its energy core to better focus its defence, agility or assault capabilities. Building up a well balanced fleet is made more challenging by the need to manage the personalities and abilities of the crew members on each of the ships. Because the enemy AI is reasonable (especially when playing through on “hard”) there is a genuine need to pay attention to the management side of things, and the mix between off-field management and on-field tactics is ambitious, to say the least. Thankfully the developer was up to the task, and I never felt like there were obscene difficulty spikes or strategic decisions that I could make that would leave me with impossible missions. 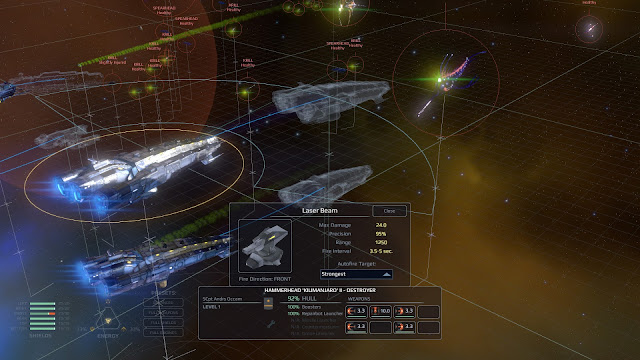 After you’re done with the missions there’s only really a skirmish mode to sustain you afterwards. This is disappointing. I would have loved some kind of multiplayer options in here, so I could pit my space-faring strategies against other armadas. It is understandable considering the size of the the development team that produced the game, but disappointing nonetheless.

Star Hammer: The Vanguard Prophecy is a truly entertaining little strategy game. Offering just enough complexity to test a player’s strategic thinking, it’s backed by steady, effective aesthetic direction and a mass of scenarios that almost – almost! – make up for the lack of multiplayer to make for one of the finest indie games so far in 2015.