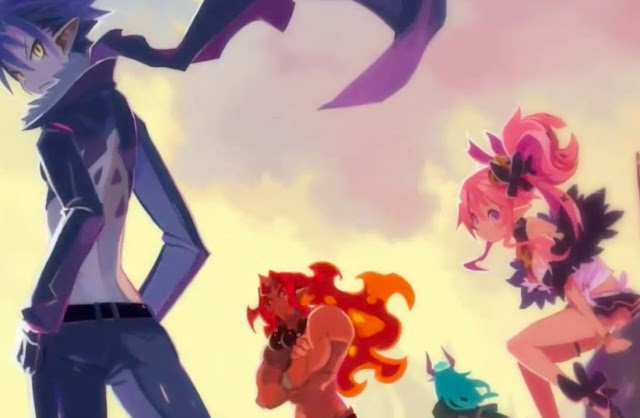 Some news from late last week you might have missed: Nippon Ichi America has announced a formal release date for Disgaea 5: Alliance of Vengeance.

It lands in America on October 6 and Europe/ Australia three days later. It’s a PlayStation 4 exclusive, and should more than scratch the itch for tactics JRPG fans on that platform. After all, each of the previous Disgaea games have literally offered hundreds of hours of content.

Related reading: Have you played Disgaea 2: A Brighter Darkness on the PlayStation 3 yet?

Alliance Attacks: New to the Disgaea series, your relationship with your teammates influences a new battle system called Alliance Attack. These special moves are only available to main characters and only when their relationships are appropriately aligned.

Recruitment: A familiar feature for Disgaea faithful, this system lets you choose from over 40 races and jobs, and identify new party members with the exact traits you desire.

Revenge Mode: A game about vengeance wouldn’t be complete without a character stat boosting system based on revenge, would it? The Revenge Mode empowers your characters with bonus stats when they’ve become fed up of their allies being beat on.

Explore the Netherworlds: While previous games in the series have shown a glimpse of the darkness that is the Netherworlds, Disgaea 5 takes you to a myriad of those dark lands.

Definitely over 9,000: In true Disgaea fashion, Disgaea 5 harnesses the power of the PlayStation 4 to deliver battles with a ridiculous number of enemies and outrageous damage.

It’s worth remembering that this game will not appear on the PlayStation 3 or Vita, at least in this form. At a presentation at TGS last year the NIS developers were very clear that Disgaea 5 would not be possible on those consoles, thanks to the number of units and the size of the levels. While disappointing for people who own those consoles, this game will represent yet another very good reason to upgrade to Sony’s newest console.

Related reading: You could also try Disgaea 4: A Promise Revisited on the PlayStation Vita

So we’re down to a wait of just a couple of months. In the meantime, there’s a neat video that the people at Polygon made showing of 27 minutes of raw gameplay. As you can see in the video, this really is a beautifully colourful game. We can’t wait.