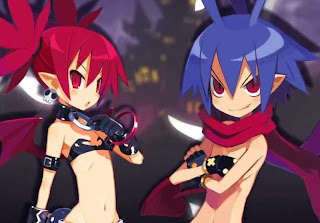 Disgaea is a series that is quite happy with sticking with what it does best. It’s a franchise that isn’t really known for innovation, but then fans keep buying the games for one great reason – it doesn’t actually need improvement. No tactics RPG has come along and managed to outdo Nippon Ichi on its home turf.

Disgaea D2 won’t disappoint fans that go into it with that in mind. The very same insane depth and rich tactical variety remains safely in place, and even if it is a little disappointing that there has been no effort to take the series to some new kind of heights, the new plot is charming enough that people who enjoyed the last games will wade through familiar territory to experience it all again.

The basic game continues to focus on two things; firstly, tactical team play. As with previous Disgaea games, players want to position their attacking characters next to allies that they’ve formed a close bond with. Doing so can call those allies in for support attacks that cause significantly more damage then if the fighter struck out by themselves. Because its possible to pull three allies into an attack, moving characters around in such a way that they can join in to the maximum number of combats give the game an almost chess-like quality in terms of how precise people need to be in making moves. 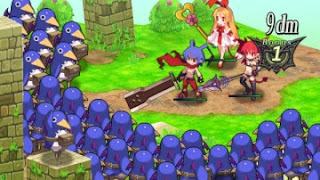 Secondly, players need to work the battlefield. Arrayed around the place are coloured blocks and squares. These squares offer a range of effects, some positive and some negative. Positioning the units to take advantage of these squares is critical for success in the more difficult battles.

Of course, this being a Disgaea game, there is far more depth to the combat then those basics. While I don’t want to go confusing people who haven’t played any of the games before, for starters players can level up into the thousands, and customise their fighters with a truly insane range of weapons and items. Forming the “perfect” team in this game is far more of a learning curve than in most other tactical RPGs. On top of that, different characters and monster types have different attributes that creates a complex rock/ paper/ scissors structure where certain fighters are better at countering others. Characters also have proficiencies across a wide range of different weapon types and having a good mix of weapons in a combat party is another key consideration for an effective fighting force. 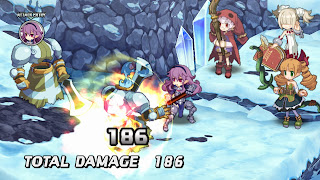 It’s easy to create a big team of soldiers in Disgaea. As with the previous games heroes acquire points in combat which they can use to create new fighters (these points can also be used for a wide range of effects in game such as convincing shops to carry better quality equipment via an amusing “courtroom” system). As such, it’s all-too easy to become overwhelmed within the first ten or so hours of play as unit types and abilities spiral out of control. The more experienced Disgaea player will be able to keep a handle on things, and will likely be better prepared for the amount of menu tweaking that is necessary in this series. A more casual player will be put right off by the sheer weight of stuff that is thrown at them via confused tutorials at a too-fast pace to keep up with.

But then Disgaea was never accessible. The graphics are, to the average player, going to seem incredibly basic. After all, they’re just sprites bouncing across an endless sequences of small grids. On the other hand, the aesthetics of this D2 are superb. Colours are vibrant and characters have a charming personality to them. Cut scenes are, to put it simply, deeply funny, but only if your sense of humour is tickled by watching weird anime. It’s hardly The Last Of Us as a technical marvel, but D2 is a bright, happy game and with patience, it starts to reveal itself as a rather beautiful game as well. 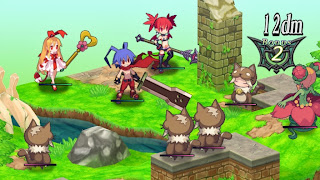 There’s also a consistency to the game that is quite appealing. The highly stylised anime characters fit in with the rather otaku dialogue and plotting. The environments make sense and the music, though lacking a stand-out brilliant track like we saw in Disgaea 3, helps to set the scene.

So, once again, fans of Disgaea will love what D2 offers. It’s very much  case of ‘more of the same,’ but as with other games in the franchise ‘more’ also means ‘hundreds of hours more.’ The problem is that Nippon Ichi is hardly going to win new fans with this game, and in fact the plot loses a lot of appeal if you didn’t know who Laharl was going into the game (you can always catch yourself up via the PlayStation 2 Classics section of the PSN).

I can also see a time where remaking the same mechanics over and over again will start to stagnate the franchise, and that would be a crying shame. It hasn’t quite stagnated yet, though. As a fan of the Disgaea series, D2 is still one of my highlights of 2013.