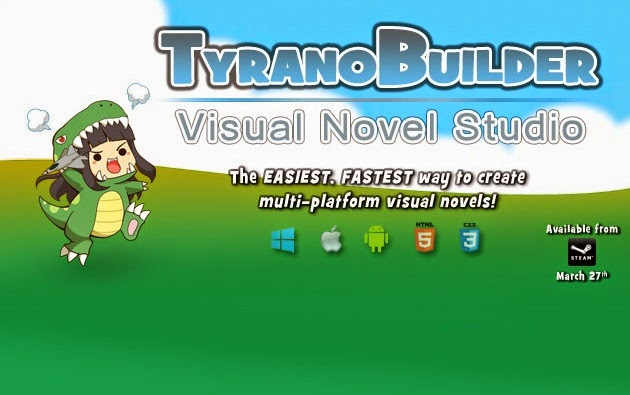 For people who lack coding skills, or those who want to play around with making simple games before the move into real game development projects on Unity or Unreal, there have been simple drag-and-drop software packages like RPG Maker over the years that have allowed them to build their own games and get a taste for the development process.
Of course, these pieces of software are incredibly limited and while more advanced users are able to delve into the coding behind the scenes to customise the game further than you’d expect for such simple drag-and-drop interfaces, you’re never going to go be able to recreate a modern Final Fantasy game on RPG Maker, for example. Nor are you going to be able to build that dream FPSer, for the other limitation of these software packages is that they are by nature specific to a single genre. So you make RPGs with RPG Maker, while something like FPS Creator is there for aspiring FPS develoers.
And now there’s TyranoBuilder, which is a small independent software project that comes to us from localisation specialists, Nyu Media. TyranoBuilder has a different focus to RPG Maker; it’s here to help people write their dream visual novels. Specifically, the kinds of visual novels that come out of Japan and, against all odds, are growing in popularity in the west. 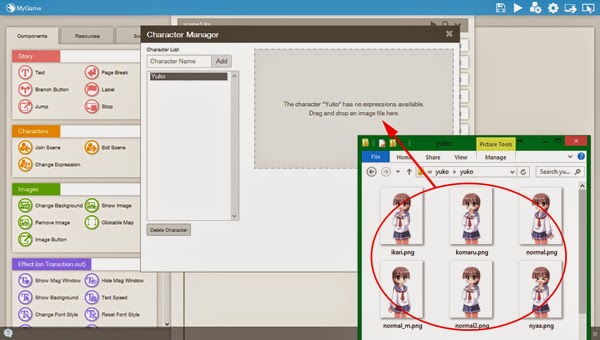 So if you’ve ever played a game like Hakuōki, Xblaze: Code Embryo, or Tokyo Twilight Ghost Hunters, then you’ve got a basic idea of what you could build within TyranoBuilder. The software isn’t really designed for the more complex “gameplay” bits that we see in many visual novels, such as the RPG sequences of Tokyo Twilight Ghost Hunters, or the courtroom sequences in Danganronpa, but you will be able to do the basic branching paths and dialogue trees that form the core of most visual novel games.
But, more importantly, TyranoBuilder makes it ridiculously easy to make these games. Importing background and character art designs is obscenely simple. Writing dialogue and creating dialogue trees, likewise. Importing the music soundtrack is a snap. And then exporting the finished project to PC, iOS and Android platforms is a matter of a few clicks and nothing more. Yep, that’s probably the best feature of all that TyranoBuilder offers; if you write something of sufficient quality then it becomes remarkably easy to commercialise on three of the very best platforms for aspiring game developers to work on. Publishing on additional platforms beyond the PC is something that many of these game maker tools don’t allow, and it does limit their value for people looking to make commercial projects, so bravo to TyranoBuilder there.
Of course, because TyranoBuilder only provides the tools, you’re going to have to provide everything else yourself. With that in mind, how good the end product turn outs to be depends entirely on your abilities as an artist, musician, and writer. That is different to RPG Maker, where there’s a whole range of royalty-free assets that you can use without the need to draw them beforehand. Realistically, few people are good at everything that you need to be good at to make a commercial visual novel, so the better TyranoBuilder projects will be created by small teams. It’s disappointing that the sharing tools aren’t better in that context – it would have been nice for users to be able to share their virtual work spaces, so each person on the team would be able to contribute to a project simultaneously, like you can with something like Microsoft Office when working on a document togther, but that’s a minor complaint. 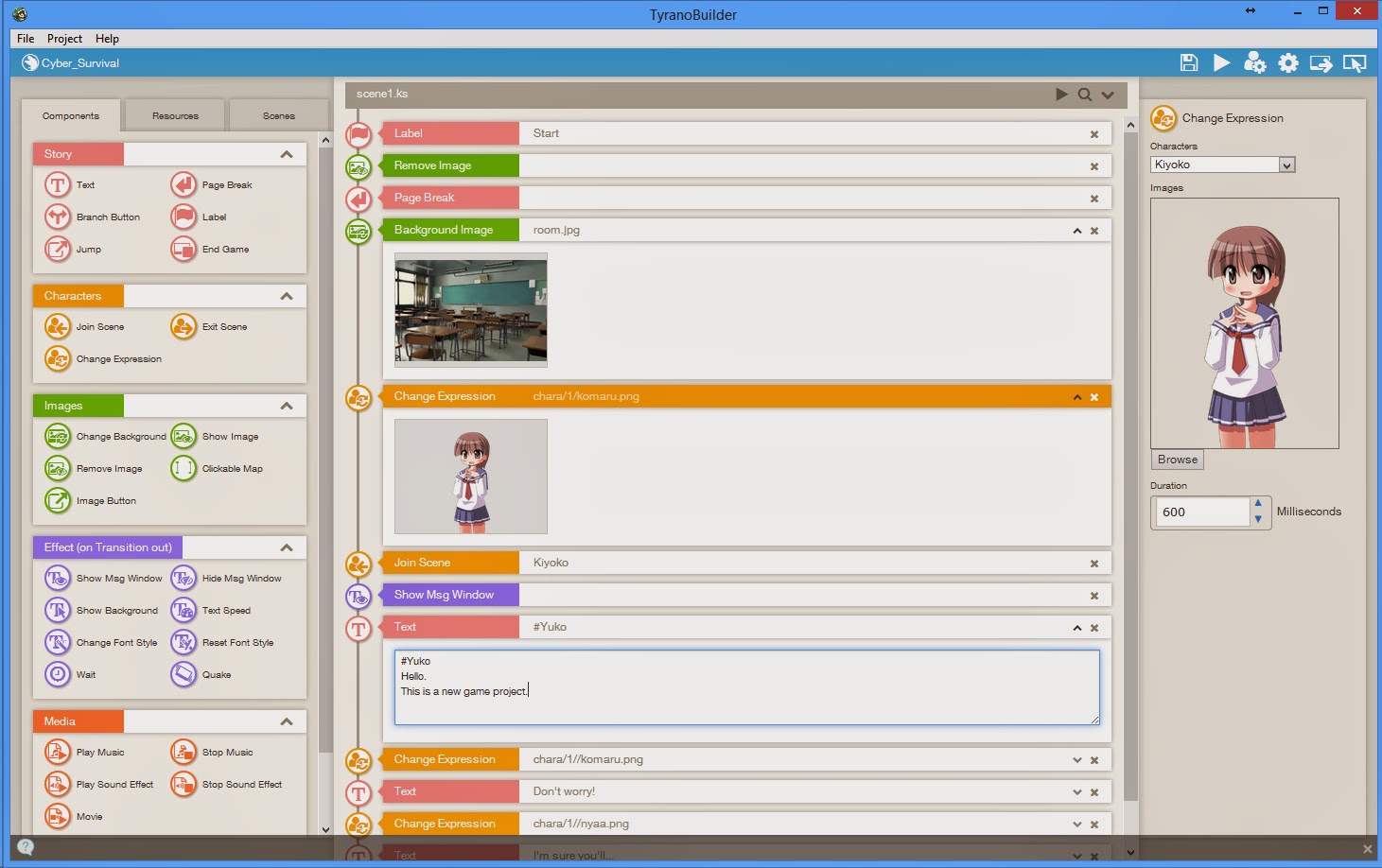 It takes about thirty minutes of reading through the tutorial to have all the knowledge you need to work with the software, and thanks to the easy interface, once you’re clicking around you’ll find yourself crafting killer dialogue rapidly. For people that want to do a little more with their visual novel it is also possible to delve into the scripting to create more complex processes. The scripting engine is JavaScript, so a fairly useful one for aspiring coders to learn anyway, but it’s not essential if all you’re looking to do is tell a story.

There’s something genuinely fulfilling in building your own game, and for people who lack the time and resources to go out and learn something like Unity, or for people who are just starting out and need something basic to get going, software like TyranoBuilder is so very useful. It’s limited, sure, but it’s limited for the right reasons, while giving users just enough to also be creative. There are other visual novel software packages out there, like Twine, but for people who have a specific desire to create a visual novel ‘like the Japanese make them,’ then this is the software for you.