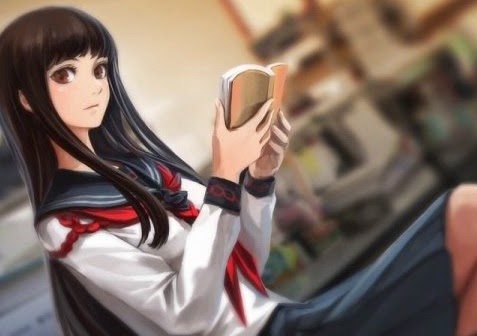 When a console approaches the end of its life, the kinds of games that you see on it are stuff like Tokyo Twilight Ghost Hunters. However, where many of these kinds of budget productions are quick cash-ins on an increasingly starved audience, desperate to play anything new on their fading machines, Tokyo Twilight happens to be quite remarkable and fascinating with some of the experimental things it does with its systems. (Note, the game is also available on the PlayStation Vita, however, it’s fairly clear from the outset that the PlayStation 3 is the leading platform for the release).

Tokyo Twilight is an odd mix of turn-based RPG combat, and visual novel-style storytelling. It follows a bunch of misfits that have formed a kind of Ghost Busters-like organisation, which sells itself out like paranormal mercenaries to deal with other people’s hostile ghost problems. The challenge is that the ghosts are remarkably difficult to see, and so combating them requires some specialised equipment and a ghost hunter’s intuition.

This plays out in one of the most refreshingly original combat systems that you’ll see in years. At the start of each battle you’re provided with a map of the area, which looks like it has been drawn on grid paper. Your team of ghost hunters is able to lay down traps, such as salt, which prevents a ghost from crossing the square where it has been laid down, or various tracking devices, which will reveal the location of the ghost when he/ she passes into the area. Then, you need to co-ordinate the movement of these ghost hunters so they can corner and then combat with the ghost. 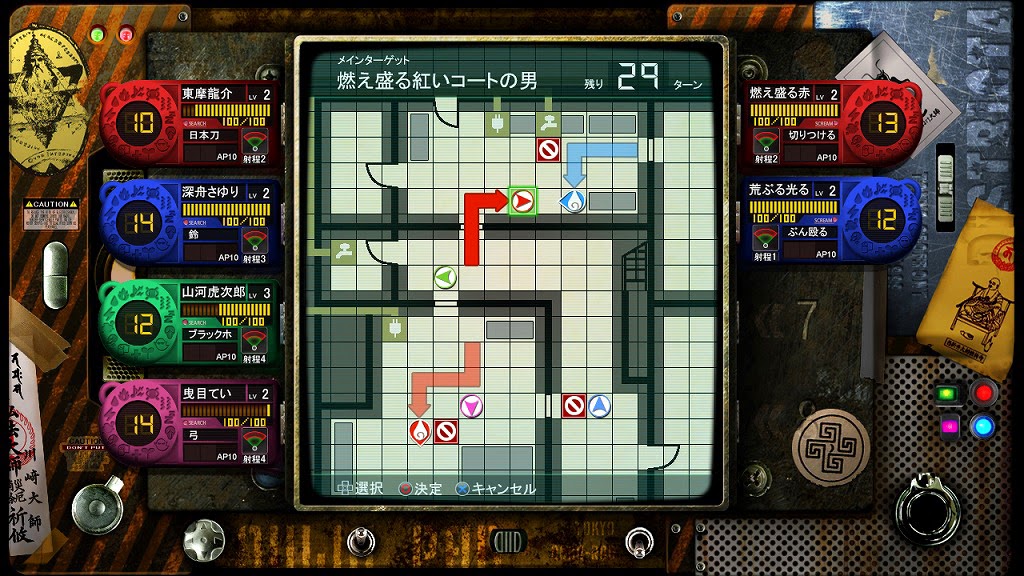 The quirk is that you don’t know exactly where the ghost will be moving. At the start of each turn you’ll give the orders to your team, while the AI determines what the ghost will do at the same time. Once you hit the ‘execute’ button, both side’s movements happen at the same time, and if you’ve read the movements of the ghost wrong, your team of heroes will end up swinging at thin air, as the ghost moves out of range. It’s a clever way of emulating what it must be like to fight blind, and while there is some help (if you have ‘seen’ the ghost, the game provides an indicator on the map of where it might move in a given turn), actually cornering the ghosts, much less hitting them, can be a challenging learning curve. For context, I rushed into the tutorial level, trying to speed past it, and I failed the first two attempts. This is a combat system that requires careful planning, and thinking a couple of moves in advance in order to succeed. It’s a system that actively resists player’s rushing.

While the presentation of this combat is exceedingly simple (characters are just arrows on the grid paper that show what direction they’re facing), there is a lot of complexity to the system, both in terms of the attacks that characters have (different characters and weapons have different ranges on the map), and the items and traps that can be strategically laid about the place to make the mission easier. You can’t go all out with these items, mind you, as each use costs money, and the ‘mission fee’ is rarely enough to cover all the traps that you might want to lay down.

We have seen similar simultaneous movement combat systems in strategy games in the past (Frozen Synapse springs to mind), but throwing it in with RPG-style levelling and party building was an inspired creative decision. There’s plenty of meat to Tokyo Twilight’s bone too. When not in combat there is a board game “minigame” that I would happily play for a physical copy, that works a little like the base mechanics mentioned above, but with players each having a deck of cards to determine what movement and attacks are possible on any given turn. Combined with the main game, I was surprised by just how much gameplay this ‘visual novel’ offered, in a similar way to how I found Tears to Tiara 2 to be a lot more than the read-a-then that I had been expecting going in. 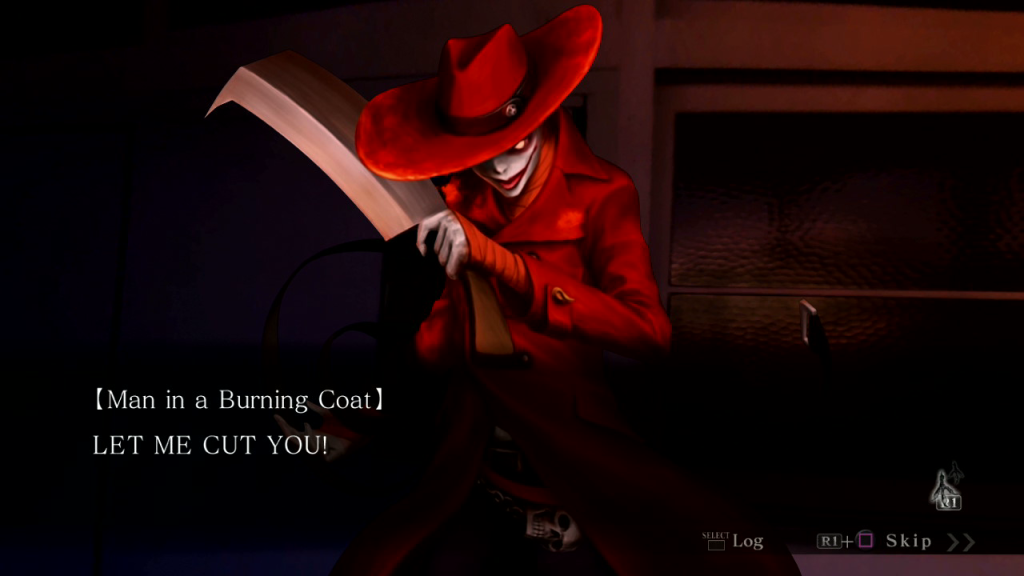 Of course, Tokyo Twilight is a visual novel, so there is a lot of reading to be done, and I have mixed feelings about that side of things. On the one hand, the artwork in this game is incredible. There’s not a lot of animation or movement, even by visual novel standards, but the bold watercolour-like aesthetic is immediately appealing. Characters have a great deal of personality simply from their designs, and it’s quite easy to become invested in the world as a result.

On the other hand, I really expect better writing and scenario design in a visual novel. Perhaps I have just been spoiled with the likes of Danganronpa and Hakuoki standing as proof that games can offer narratives of a standard similar to literature, but Tokyo Twilight is not there, or even close. We have been over the chuunibyou scenario a billion times now, and it is now incredibly difficult for a narrative in which school kids discover they have special powers to stand out. The game is mostly fanservice free, thank goodness, but it checks off almost every other trope in the genre, including the tsuendre leading female, the hardcore otaku nerd that becomes the butt of many jokes, and so on and so forth. Tokyo Twilight presents its story without a hint of irony or subversion – it’s surprisingly dry, a couple of weak jokes aside – and while I don’t mind this scenario in the context of more traditional games, when I am spending half of my time of Tokyo Twilight’s run time doing nothing but reading, narrative weaknesses become that much more relevant to the experience.

The interaction system in the game is also quite awkward. The story sequences play out in first person, as you see the world through the eyes of the main character. At various points you’ll be asked to react to another character’s words or actions, and when this happens two wheels will pop up. The first will ask you for your mood – friendly, romantic, sad, inquisitive or aggressive. The second is for the sense that you’re going to use – sight, hearing, touch, smell, taste. The combination of the two choices you make will determine how your character responds, and it doesn’t take long for the weaknesses of this system to become apparent. There are many situations where no combination seems to fit, and the game doesn’t provide nearly enough information to help guide choices – you won’t be given the slightest indication what response would be appropriate to any given character or how they might react. Heck, you won’t even be provided with a tutorial for how the system works. It’s up to you to simply stumble through the system and hope you’re making the right sets of choices to suit the kind of character that you’re trying to play. 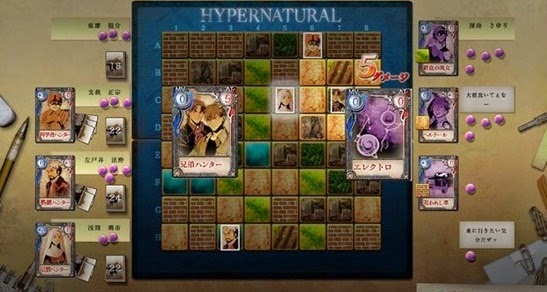 Personally I gave up trying to make good decisions after a while and simply went around selecting ‘romance’ and ‘touch’ for all responses. I upset a couple of the characters, but hey, I’m a friendly guy that likes to share the love around. I did try and ‘romance’ and ‘taste’ one girl once but that didn’t end well and the less said about that the better.

Without the kind of narrative depth that has me cracking out the history books (as I did with Hakuoki) or heading over to the philosophy section of the library (Danganronpa), Tokyo Twilight ends up being a little too simple and teen anime for its own good. That being said, it’s harmless fun, and with an enormously creative and enjoyable combat system, as well as plenty of content, it’s still a very worthwhile game. If original stuff like this is how the PS3 is going to go out, it’s going to be one heck of a graceful death.

The Friday Ten: Ten essential PlayStation 4 indie titles to get stuck into