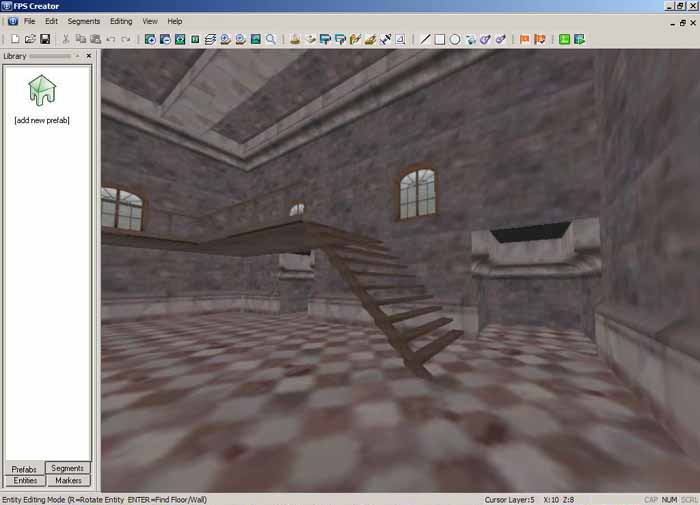 Reviewing this kind of content is always a somewhat tricky affair, because you are not actually playing through a game someone else has made, but using a tool to craft content of your own.

I am a fan of FPS titles, and I have a fair amount of experience with amateur game design. No one is ever going to mistake my efforts for the kind of work that roles out of Bioware or Infinity Ward, but I have used fighter makers, RPG makers, general Game Makers and have been running a MUD for the last twelve years.

There are a handful of things I try to look at when I review software like this: 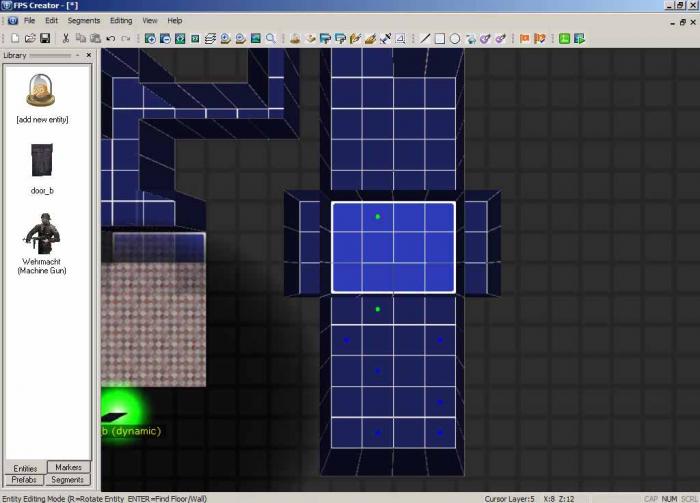 Trying to score aspects like the graphics and sound is a somewhat moot point, because many times you can use your own assets. All the same, I do like to take the quality of the default ones into consideration as well. These ones are fairly old, and lack much detail. You can do some cool things with lighting, but the overall models feel old and stiff. One problem is, you have to buy a lot of them. For example, my son who really enjoys ‘Zombies’ mode in a certain FPS game wanted to try and plug zombies into his, only to find they were additional purchased content he did not have access to. You come to expect that in tools like this, but it was odd you could select the items from the assets menu, even if it was not available to be used.

You can create your own content if you have the right tools, but since we are talking about 3D environments, that task is a bit more challenging than loading up on images or sprites used in 2D games like RPG’s or fighters.

With this criteria in mind, I will start off by commenting on ease of use. Overall I found the editor pretty easy to understand. The grid layout and levels of depth made perfect sense to me and I was able to figure out how to use the default resources without reading any of the directions. Within about ten or fifteen minutes, I had slapped together a couple of connected structures with a handful of enemies walking around and shooting at me.

While the basics were pretty easy to understand, there was some complication when digging further into some of the other settings. For example in one of my sessions, I wanted to create a mostly dark lighting, but it took me quite some time to find that setting. I had an odd glitch where I had no background – I was able to select a skyline from a list, but it did not do anything. It was not until later I realized I had to purchase that one, but it still let me choose it even though it did not work.

This leads into the discussion about depth. There is plenty here, from doing things like customizing your HUD or making different weapons have differing zoom levels or tons of scripting options. A lot of this stuff is somewhat obscure, however. I sometimes struggled to find good documentation on some of these settings that I figured were there, but could not find. One other oddity I found was that many of the settings carry over from one project to another (like overall lighting). It seems like that would reset from one project to another, but I would adjust something in one of my projects, and later my son would open up his and wonder what was going on – and then realized my changes carried over to his global variables.

The engine running this is pretty old by now. The packaged models look okay, but dated. The default AI is pretty simple too. There are some cool things you can do though, like have doors and light running off of switches, or make certain videos or music files play as you walk through a zone and trigger the event. As a huge fan of RPG maker games, this kind of storytelling capability really appealed to me. 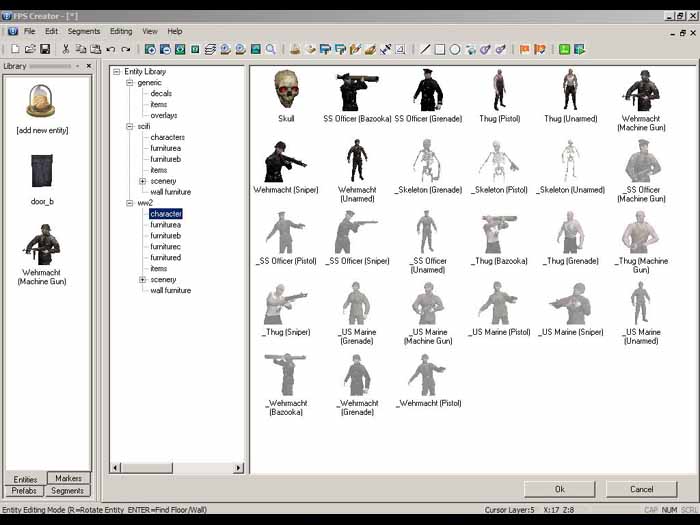 The performance however, was a bit of an issue for me. I run a pretty solid computer – quad core, 8 gigs of RAM, Windows 7 64-bit – but the games would sometimes bog down a lot more than I would have expected. Usually the editor itself remained pretty snappy, but my son designed a pretty large zone with lots of enemies and lighting (but no specialized scripts) and the test run would sometimes hang, or the screen would go blue (not to be confused with blue screen of death) and take a long time to load. One particularly odd point was a room with only two enemies but a handful of staircases – the frame rate would suddenly bottom out and the game would become almost unplayable.

I had a bit more luck with my test sessions, but most of mine were smaller, with lots of scripted events. My son favored large areas with lots of enemies. Still, for software this old I would have thought it would run a bit more efficiently than this. There is a new version of the software being touted for October of 2013. I will be very curious to see what updates are found in that version, because this current one shows its age and inefficiencies a bit too often for me to recommend it to most fans of creation software. There is a ton of potential here, but the learning curve is steep and the technology a bit long in the tooth – but the framework for something solid is here and I will be curious to see where the ‘sequel,’ Reloaded goes next year.

The weekly discussion: How hard do you like your games?