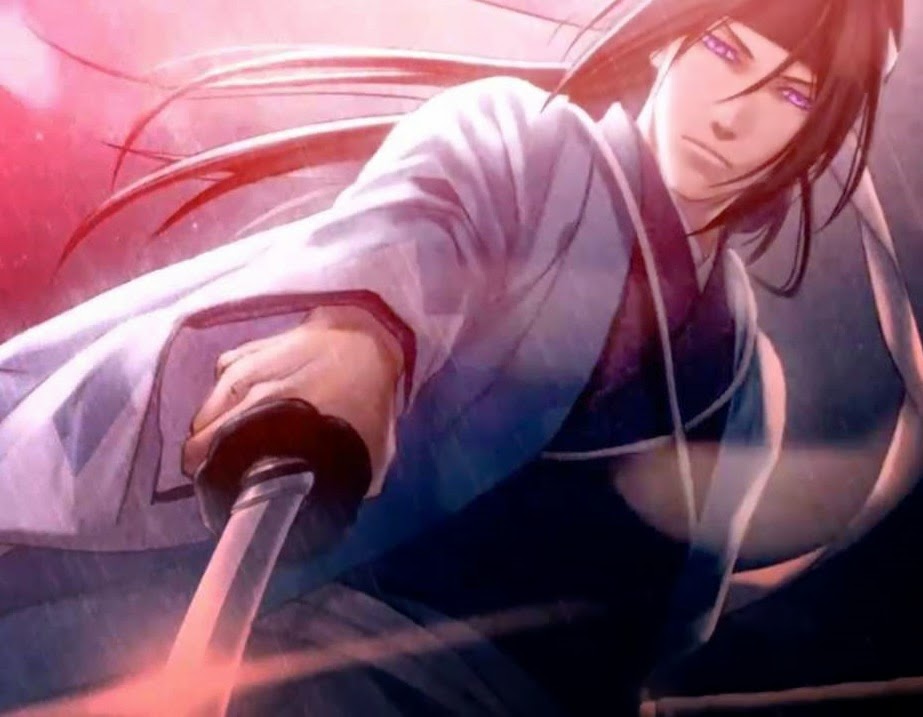 Given that people insist that “walking simulators” like Gone Home are not real games – because, I assume, there isn’t a kill count – I can’t imagine they would consider Hakuōki: Stories of the Shinsengumi is a “game.”

Hakuōki is a visual novel which, for 90 per cent of the experience, involves reading text and enjoying the barely-animated art work and characters in the background. There are a couple of moments (with emphasis on the “couple”) throughout the long adventure where players get to decide between two or three different possible actions, and while those decisions will affect how the plot plays out, it should go without saying that people looking for a “game” in the traditional sense are not going to be satisfied here.

I recognise that Hakuōki is not for everyone, in other words. I also don’t care what those people think about the experience, or whether Hakuōki is, in fact, a game or not. What matters to me is that Hakuoki is a wonderful way to use my time, because it’s an intense and ultimately beautifully-crafted fantasy.

I have to give credit to Aksys for actually taking the risk of localising the game in the first place. There is an extreme amount of text involved in the game, and it must have been a major project for the localisers. Beyond that, it must be a commercial risk, for the very topic is going to put off certain large segments of the market the moment they hear about the game; it is a love story where players follow the experiences of a (generally unseen) girl surrounded by beautiful men. It’s a reverse harem game, an otome experience, and a true rarity to see on shelves outside of Japan. 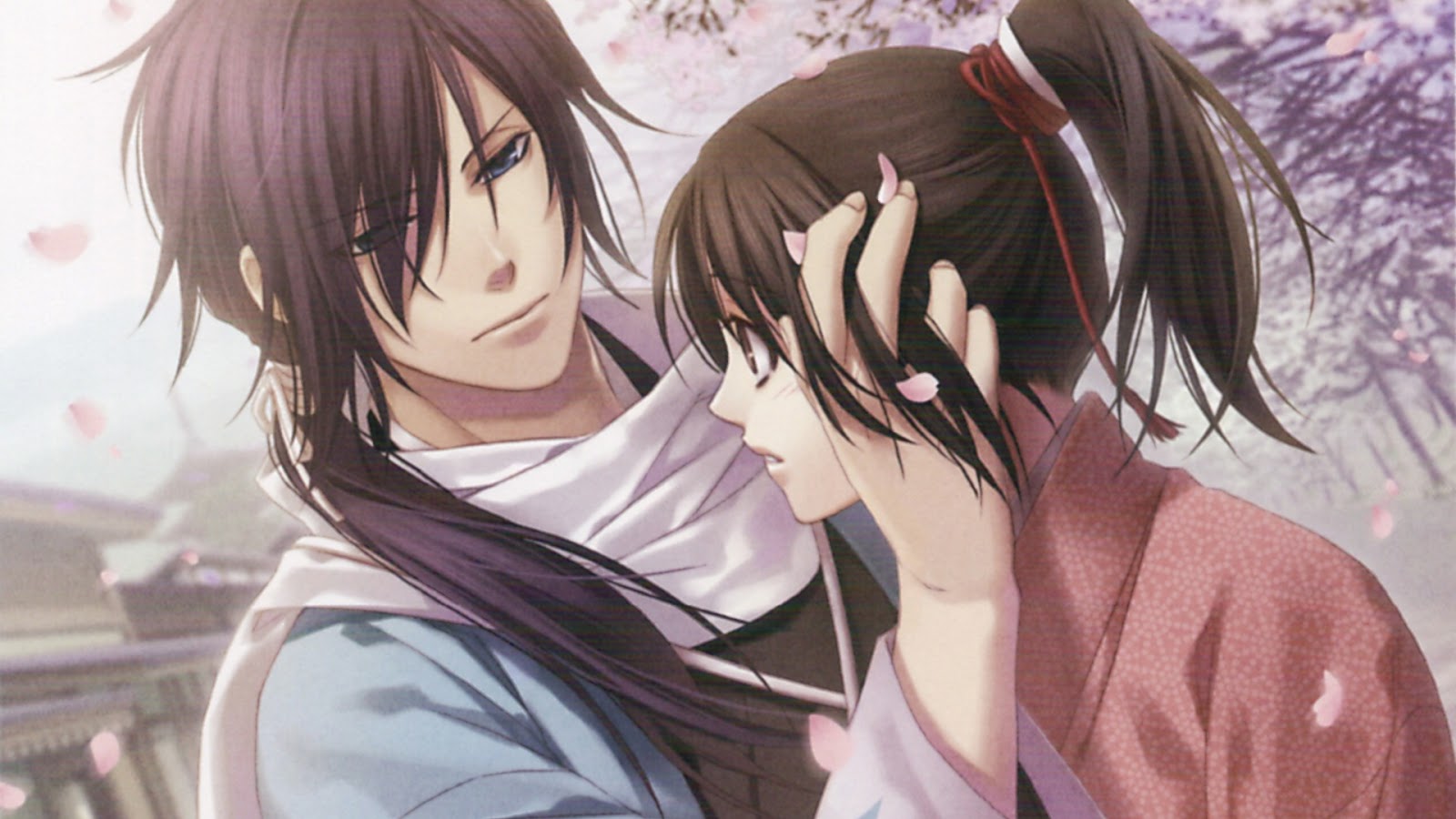 If the “manly” men out there can overcome what they will no doubt perceive to be a challenge to their masculinity, they might just find themselves enjoying this beautifully told story, though. Each and every character is a fully fleshed out and believable human being. Some are frightening, others are charming. Some are enigmatic and others are laid back. Brought together these characters play off one another and build a tapestry of fascinating motivations and personifications that weaves in and out of a classic Japanese political narrative expertly. If Hakuōki were a book, it would be a page turner, filled with dramatic highs and red herrings to defy a player’s expectations just enough to keep them entertained without breaking any kind of continuity. The continuity is important, because if the characters were not believable, then the narrative would fall flat, but because each character acts within their defined roles and personalities, they’ve a very relatable bunch of people.

As the title suggests, this is a story of the Shinsengumi; an armed militia or police force of sorts that really existed in medieval Japan. The Shinsengumi were ronin – samurai without allegiance – and to the Japanese, this status was one to fear and mistrust; many felt that the Shinsengumi were violent killers and bandits. While the story is fantasy, it’s all based in real history, and it’s just as well that there’s a comprehensive encyclopedia within the game to explain events, settings, characters, and terms, because otherwise the typical western reader would be lost.

In reality, ronin were not necessarily bad people, and as a militia, the Shinsengumi acted with the generally noble intent of keeping the peace within a dangerous Kyoto. At the same time, they weren’t nice, and that’s how the game’s story begins; our young heroine accidentally witnesses a midnight fight between two bands of ronin, and is captured and imprisoned by one group. They are sympathetic towards her situation, but it is only the ronin’s respect for this girl’s father, a doctor, that saves her from being killed to order to preserve the secrecy of the order. 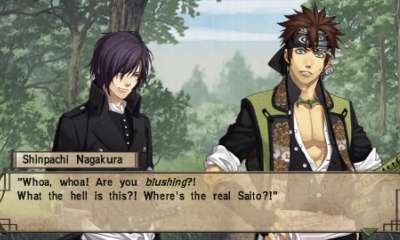 Thanks to the fact that her father is missing, and everyone wants to track down his whereabouts, the ronin allow the girl to survive as a prisoner, while they help her track her father down. Eventually the ronin come to trust this young lady, and some of them develop even stronger feelings for her than that. She accompanies them on their adventures, and recounts the entire story for the benefit of the reader from the first person. Ultimately she becomes an invaluable part of the ronin’s activities, and romance blossoms between her and one of a number of different men. Or so this is how it seems the story will unfurl. It wouldn’t be fair of me to reveal more, but I will say that anyone who guesses where this game’s narrative would go did a much better job than I did.

What makes Hakuoki so engaging, and separates it from a traditional novel, is the additional lengths that the game goes to to make its audience feel directly involved in the story. We as players (or readers, if you will), see the world from the lady’s eyes. There’s the occasional art work that will depict her in third person interacting among the ronin, but for the most part, the game adopts a first person perspective, and the ronin, when addressing the girl, are by extension, looking directly at the player. The developer of the game, Otomate, has been doing these kinds of visual novels for years now, and has refined the delivery of the narrative to a fine art; with Hakuōki, it’s difficult not to feel a part of the experience, because, while the characters never break the fourth wall, the intense involvement of the lead character in every facet of the game’s unfolding events, means we personally feel like we’re at the centre of the plot.

If the writing of Hakuōki was in any way hackneyed or resorted to cliche, then this entire game would be too easy to dismiss. As a side effect of setting up an intense experience which aims to put players in the middle of the action, a game that executes on the storytelling poorly becomes very silly, very quickly. But that never happens with Hakuōki; every character and situation is as well constructed and believable as a good historical fantasy novel. Because there’s very little animation, the quality of the text was always going to be what kept people playing, and it is written with all the narrative confidence of a novelist. 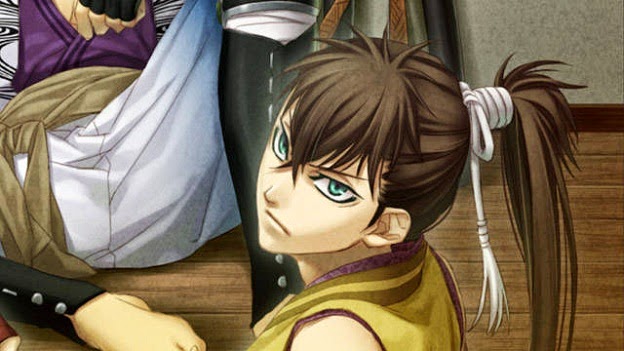 Because there are multiple endings and multiple different romances, there are incentives to play through the game more than once. I would suggest, however, that Hakuōki starts to lose its impact after the first play. Manufacturing reactions to the key decisions that you’re asked to make (so for instance, deliberately choosing a response that you, personally, would not choose), creates an artificiality to the experience; all of a sudden Hakuōki becomes a mathematical process, rather than an organic, character-driven narrative that you’ll experience the first time you play.

I would honestly recommend playing Hakuōki only once, for this reason. Here’s one of the rare games (and I really don’t care if you personally consider it to be a game, by definition it is) that is best approached as though it’s not a game. I would have preferred to play this on my iPad, where the portability and form factor makes it more ideal for long stretches of reading text, but nonetheless this is a refreshing, intelligent, and rich experience on the PlayStation 3, and I couldn’t recommend it enough to anyone who appreciates games as something more than brainless action skill testers.