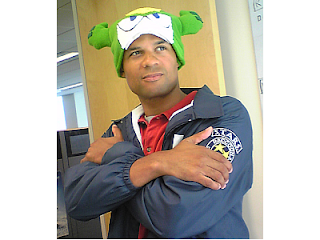 Nyu Media is one of the exciting new startups in the games industry. It’s a localisation company that has already given us the rather excellent eXceed Collection and Cherry Tree High Comedy Club. It specialises in Doujin games (games created by hobbyists), and has a real eye for quality.

I sat down to have a chat with the founder and owner of Nyu Media, Seon King, about what it takes to be a startup in this industry of ours, and some of the trials and tribulations behind localising games.

Also, if you’re reading this Konami, please hire these guys to localise Love Plus for you. They’d do a spectacular job, and the West needs to see that dating games can be good quality.

Digitally Downloaded (DD): What caused you to start up this company? Can you give me a background of your main people?

Seon King (SK): I worked for Capcom in Japan for several years and during that time discovered doujin circle products in stores like Mandarake and Tora No Mon. I was blown away by the quality and professionalism of the douijn products there and I knew at that point that someday I wanted to bring doujin games overseas. It took a while for me to make the step, but in October 2011 I left my job at Capcom and started Nyu Media to follow up on my ambition to work with doujin game circles.

DD: You seem to be specialising in localising Japanese games that other publishers have missed. How do you decide what games to localise?

SK: Looking at our respective line-ups, it seems we’ve taken a somewhat different approach to selecting our games compared to other doujin localisers. Having said that, our process is very straight forward. Between Japan’s Comic Market events and information about doujin games on the Internet, it’s fairly easy to research what’s out there. We research the games that are available, then select candidates based on what games really stand out in their genre and we feel will be well-received by overseas gamers. Then we play the games, build a shortlist, develop a proposal for each and approach the developers to discuss.

DD: What are some of the challenges that publishers face when it comes to localising games? There’s a number of gamers out there that are a bit confused about the cost and time it takes when a fan translation can take a day or two, so could you explain to us the advantages of having a proper translation?

SK: I hadn’t heard of a fan translation taking a day or two, but with the right amount of text and flexible quality standards(!) it would be doable. The biggest priorities for us are hitting the quality and schedule objectives that we set for ourselves. With the exception of Cherry Tree High Comedy Club, for which we had the help of Tezuka Productions, we localise titles in-house, so cost isn’t really an issue – we work for peanuts! The cost and time required to localize a game really depends on how much text there is and how complicated it is. For a quality localisation, it’s necessary to really understand the source material on a deep level so that the localisation will be faithful to the original in intent and not just a bunch of translated sentences. Also, good editing is absolutely vital to avoid typos and maintain consistency across the text.

DD: What are the plans for your company moving forward? Do you see yourself being the new MonkeyPaw Games or XSEED? Will you continue to publish for PC, or branch into console games as well?

SK: We’re looking at a number of growth options at the moment, but we intend to maintain a focus on working with doujin circles and on digital channels. We wouldn’t pass up an opportunity to work on consoles, but we don’t have any specific plans for them. For now, PC is our priority and we’re putting feelers out into smartphones; it’s a saturated market, but the potential is huge and still growing, so it’s too big an opportunity to simply pass over.

DD: So far you’ve released games exclusively as digital downloads. Are you going to start working on retail games as well, or is that outside of the business plan?

SK: No, that’s definitely outside of the business plan for now. We’re happy to avoid issues such as manufacturing, inventory, returns, fighting for shelf space, markdowns, limited in-shop lifespan, etc. and we’re happy to take advantage of the benefits & growth in digital distribution.

DD: What are some of the games that you play yourselves? Ever come across a Japanese game that you would love to translate into English that hasn’t yet been localised?

SK: Other members of the Nyu Media staff are far, far bigger gamers than I am. I have a backlog of hits and classics that I intend to get around to playing sometime, but I’m quite happy with my Steam collection and otherwise tend to play Xbox 360 games. At the moment I’m mostly playing Battlefield 3 on the Xbox 360 and about to start the original Witcher on PC. We have a strong list of Japanese doujin games that we would love to work with, but we haven’t licensed all of them yet, so sorry, I can’t say here! We plan to make an announcement in the not too distant future, but for now we’re focused on locking down the distribution and marketing for our current slate.

DD: Are there some kinds of games that you think will never work in the west? Konami, for instance, seems dedicated to leaving Love Plus in Japan, despite that game being universally acclaimed by critics and fans alike.

SK: Unfortunately, there is a long and star-studded list of games that were critically acclaimed, but commercial disasters. It’s easy to mistake lots of noise for lots of demand, particularly on the Internet, so gauging the actual market potential of a product can be tricky. Effective marketing is hugely important for a game to sell to its potential, but the amount of money that can be allocated to product marketing depends on its actual potential, as represented by a realistic forecast. If the forecast doesn’t justify the cost of localising and marketing the product, then the good (non-money losing) business decision is not to bring the game out.

There’s also the question of opportunity cost of the resources that would be used to bring the products overseas – those resources might be better put to use with a game that has higher profit-earning potential. I would imagine factors such as these that are the reasons Love Plus hasn’t made it overseas yet. But that’s not to say that these problems don’t have solutions, of course.

DD: As a followup to that, Love Plus has also sold remarkably well in Japan. Is there a fundamental difference in mindsets between Japan and the West that mean certain genres of game (in this case, a “dating game”) would never be commercially viable outside of Japan? Or to put it in another way – would Nyu Media consider localising a game like Love Plus if it was of a high enough quality?

SK: If you rank and compare the best selling games by genre in Japan versus, say, the US or Europe, it’s pretty apparent that there are different tastes in gameplay, but also there are cultural differences within the genres. Dating sims are a good example of mismatch in gameplay and cultural tastes for mainstream overseas gamers, so while there will be a niche of appreciative overseas gamers, the likelihood of any given dating sim game becoming commercially successful overseas is pretty questionable.

Having said that, we’d certainly localise & publish a game with low commercial potential if we believed in it and had the financial freedom and sufficient resource capacity to take it on. We actually have a small list of potential ‘passion project’ localisations that would fall into that category and we hope to be able to take a crack at one later this year. Fingers crossed!

DD: Does the job mean you get to travel to Japan a lot? What are some of your Japanese travel highlights?

SK: Presently I get to Japan two or three times a year. The highlights are definitely the Comic Market events. It’s always great to be in crowds of people that are passionate about the products and to meet the guys who make them face to face.

Thank you very much to Seon for taking the time to conduct the interview with us, and appologies for somewhat hijacking it to continue my quest to get Love Plus localised 😉