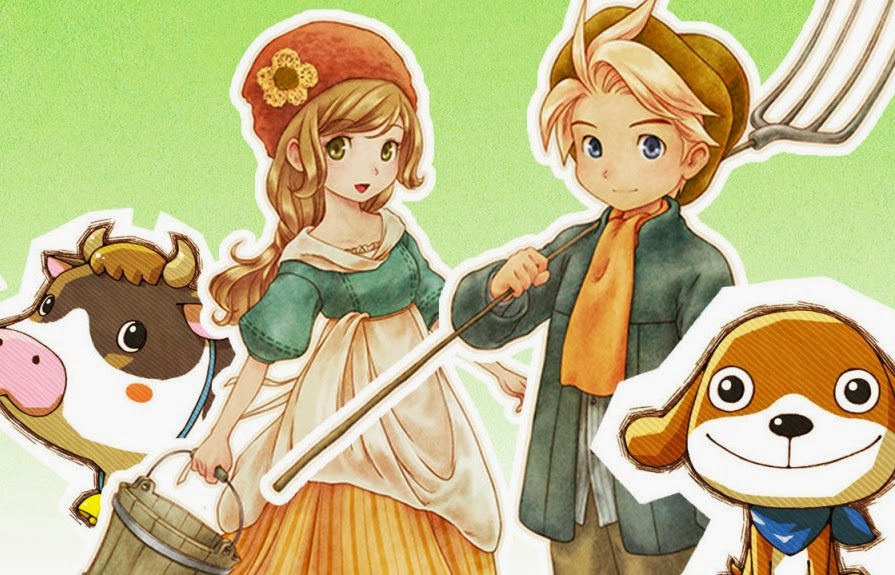 As I booted up Story of Seasons for the first time, I was greeted with a couple sentences that outlined the developers’ desire for players to appreciate farm life and respect nature as a whole. A message that succinct couldn’t reasonably articulate an impactful environmental message, regrettably, but perhaps that feel-good spiel was what overrode my cynicism and got me on the game’s wavelength. Season after season has gone by in-game but I find myself rustling my pockets at any prospect of spare time for my portal to the laid back town of Oak Tree.

If you haven’t been following Story of Seasons or the legal reasons behind its name, it’s worth reiterating that it is, for all intents and purposes, a Harvest Moon game under a new moniker. Should that brand’s name value be lost on you, what’s important is that Story of Seasons is a farming simulator with a social twist and a divine experience at that.

Despite seeing release months within Natsume’s Harvest Moon:The Lost Valley 3D, Marvelous’ Story of Seasons is poles apart in terms of farming philosophy. The Lost Valley was a game that championed experimentation but ultimately did so at the cost of the franchise’s fundamentals; both farming and socialisation were woefully inadequate. To its credit, the game’s opening hours threw players headfirst into constructing their own landscape and provided enough tools to tantalise players so I expect it won over a particular niche with great haste. 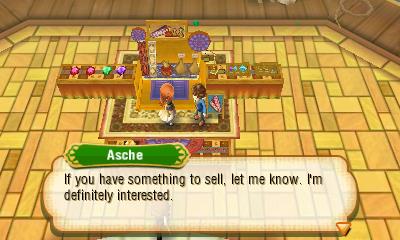 Story of Seasons is a decidedly slow burn by comparison and I say this in the context of The Lost Valley and Harvest Moon as a whole. There’s every chance you’ll invest over a dozen hours before assimilating a single chicken, dog, or sheep into your mammalian ranks. Yet despite how immediately locked up the world is from a technical perspective, its structure evokes an indefinable fondness for the countryside, particularly if you’re a jaded city-dweller like me.
Oak Tree Town’s construction is what won me over from the get go. Its landscape of green pastures is broken up into several smaller regions for the local farmers but it all feels more connected and cohesive than many prior titles. Between all the space allotted to farmland and housing as well as the gaps between points of interest, I found myself almost believing Oak Tree Town was a real place citizens could dwell and not just an overly streamlined video game representation. That’s not to say I require realism from a game where you can potentially go years without food or water; rather, the homeyness is an essential component of the charm in Story of Seasons.
My fondness for the landscape meant that daily trips to the general store and the shipping booth had an air of excitement to them regardless of how nonchalant the menial tasks I was performing actually were. Speaking of which, Story of Seasons features some of the snappiest farming mechanics out there. The layout of crops has been so simplified that you can set up a plot of land, plant nine seeds, and water them all in fifteen seconds. This means that although you’re going to be hard at work virtually every in-game day maintaining your routine of caring for livestock and crops, the actions can be completed swiftly enough to permit unseen levels of player exploration. 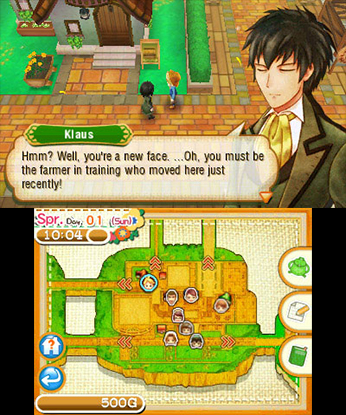 With that extra time and freedom comes an intriguing trade-off, however. Story of Seasons features the typical system where your avatar’s strength depletes throughout the day and through labour, so he or she will collapse if overexerted, but you’re far more likely to crash in this game than most others. Thus, there’s a certain finesse to living on the edge as you contemplate whether to chuck those fresh turnips into the fridge, the shipping box, or directly down the gullet. Thankfully, an optional easy mode lessens the impact of food choice (as well as a good deal of the monetary grind) so players can pick freely between a relaxing life and a more pressing one.
Story of Seasons is hardly starved for recreational activities either. As if fishing alone wasn’t enough of a life-sapper, here you can leap into bodies of water and nab them by hand or reach new areas to gather materials. The game sports many similar features to Harvest Moon: A New Beginning (albeit expanded here) and that’s a massive virtue in my estimation. The level of customisation is off the charts as you can manipulate your farm, house, character, and Oak Tree Town all to your taste.  The character creation in particular is so dynamic I had to resist the urge to mangle my poor avatar’s visage on a daily basis with all that plastic surgery.
Story of Seasons further distinguishes itself with its emphasis on international trading between various oddly-named countries. Various stalls open for business at a town square to distribute items, animals, blueprints, and other goodies. This is also the only real way to generate income, however, as you cannot sell items any standard store. The drawback of this is system is painfully obvious early on when you’re struggling to vend your crops before they lose their freshness, but having to check the calendar each day to plan does add a certain new wrinkle. Players have to be more conscious of their calendars than a game like Rune Factory 4. Unlocking new items and areas is made easier for social butterflies, too, so it’s pleasant that Marvelous put together a memorable crowd brimming with potential marital partners. 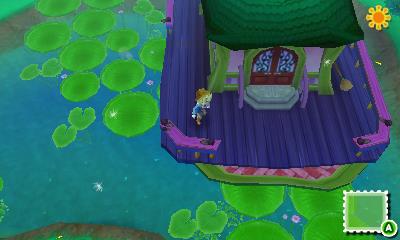 Beyond the expected assortment of activities and some captivating natural progressions are a few novel multiplayer options. Socialisation with actual human beings has never been this franchise’s strong suit and frankly, the options for get-togethers are too restrictive to be of any lasting value. That said, I reckon Marvelous could expand this to offer something reminiscent of Animal Crossing’s relaxed Wi-Fi sessions that improves on its past efforts. That would have been one method for Story of Seasons to truly catapult beyond its predecessors and the Harvest Moon format would easily distinguish it from Nintendo’s life sim.
Story of Seasons isn’t the farming franchise’s next evolution by any stretch, but it’s a solid indicator that Marvelous accepts what makes the franchise work in the first place, particularly in the face of past efforts that tried to get creative in all the wrong areas. The series has almost always been about players kicking off life as a fledgling farmer in a small town and giving them the reigns so as to be the arbiters of their own fates through important decisions like marriage. It’s a traditional formula that has been altered to include all the premium trimmings that enhance the mood exponentially. After all, tone may be one of the best things this franchise has going for it.

Related reading: For a bit more of an academic look at Harvest Moon, check out this piece.

I suspect a chunk of Harvest Moon’s veterans will skip Story of Seasons on account of its general resemblance to prior entries, but that would be a real gaffe since Story of Seasons is one of the finest iterations in years. While it lacks the outright ambition present in Natsume’s recent interpretation of the franchise, it utterly nails the atmosphere and offers impeccable trimmings that just might win over fans experiencing barnyard burnout. It goes without saying that those uninitiated in the ways of life on the virtual ranch had best brace themselves for hundreds of hours to be sapped away. Marvelous’ latest flaunts that irresistible charisma that attracted me to the series in the first place.

Anime Editor
Email me at: clarka@digitallydownloaded.net
Sign up for our weekly newsletter! Exclusive content to your inbox!

Star Hammer: The Vanguard Prophecy is one for strategy fans to watch out for