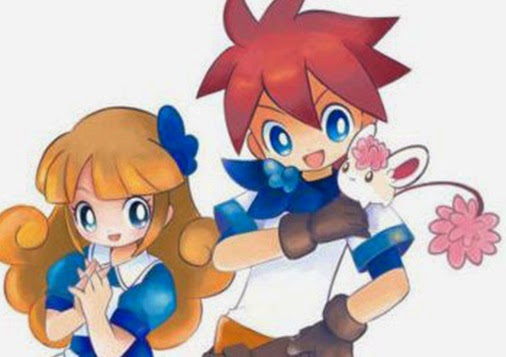 Game Theory is a regular column in which I take the opportunity to take a truly great game, and discuss some of its more philosophical underpinnings which are, to my mind, what truly separates these games from their peers.

This week we’re talking about the likes of Harvest Moon and Hometown Story, and how they relate to capitalist propaganda.

Noam Chomsky is well regarded as one of the fiercest, and yet most eloquent, critics of the capitalist system. He once said in an interview: “…capitalism is basically a system where everything is for sale, and the more money you have, the more you can get. And, in particular, that’s true of freedom. Freedom is one of the commodities that is for sale, and if you are affluent, you can have a lot of it. It shows up in all sorts of ways. It shows up if you get in trouble with the law, let’s say, or in any aspect of life it shows up. And for that reason it makes a lot of sense, if you accept capitalist system, to try to accumulate property, not just because you want material welfare, but because that guarantees your freedom, it makes it possible for you to amass that commodity. […] what you’re going to find is that the defense of free institutions will largely be in the hands of those who benefit from them, namely the wealthy, and the powerful. They can purchase that commodity and, therefore, they want those institutions to exist, like free press, and all that.” 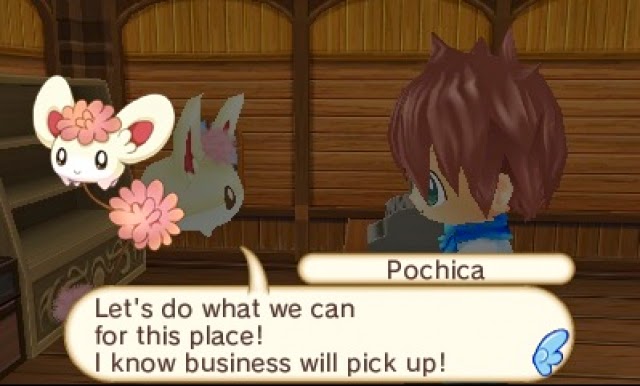 Without getting too political, it’s difficult to argue against Chomsky’s perspective. The basic reality of the capitalist system is that it’s structured to benefit the privileged, and that for all the rhetoric that success is nothing more than a period of hard work away, it’s simply not played out in reality.

That’s why Hometown Story, Harvest Moon, and other similar “work sim” games represent such a dangerous philosophy; they advocate a positively naive understanding of capitalism and hide a kind of insidious propaganda within them. These games call to mind themes that are similar to the artworks and films that Soviet artists were “encouraged” to produce by the Stalinist regime back in the day. In those art works, the audience was also presented with the ideal of the socialist economic system, and one that ignored the very real suffering that the system was causing in real life. There’s an unquestioning, deliberate, innocence about these games that, much like the Socialist Realist art of the Soviets, actively denies the reality of the world around them.

I’m going to refer to Hometown Story in this article, but much of the commentary applies to Harvest Moon as well. And, to get the bugbear out of the closet from the outset – I actually like these games. The kumbaya approach to capitalism intrigues me from an academic point of view, but highlighting it as a philosophical theme is different to being critical of the games themselves (as an aside, I’m also a fan of the aesthetics of Socialist Realist art). With that aside: 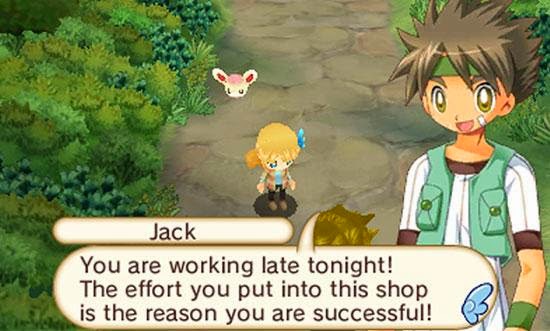 Hometown Story is a game that is hopelessly wrapped up with the idea that players need only work tirelessly in order to succeed. This is a game where from 6 AM, when the player’s character’s shop opens, through to midnight, when they can finally close up and go to sleep, their entire focus is on making customers happy. This service occurs either in the shop by directly serving them or outside by running errands for them. Almost everything the player does in this game is done to have a direct benefit to either their short term, or long term income.

There’s no time to take a break in Hometown Story. For seven days in every week it’s not even possible to leave the house in the morning without first opening the shop to business. When characters do open the shop they do so with the knowledge that customers will nearly immediately start to arrive in the shop and need to be served.

Then as we toil away with our on-screen avatar day after day, we’re constantly told via conversations with the other characters what a great job we are doing. There’s a positive feedback loop that’s built into the game’s narrative, in other words, which speaks to the idea that success and hard work are tied into one another. 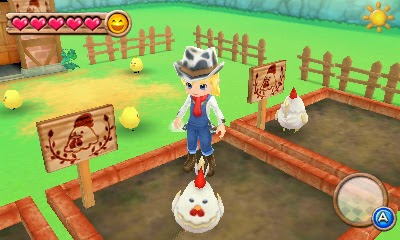 In Hometown Story, players start out with a tiny shop. They naturally enjoy a monopoly on selling stuff in the community, so the game neatly circumvents dealing with issues concerning just how difficult it is to break through that tiny startup stage in a capitalist environment. As players naturally and inevitably accumulate money (because the game also conveniently ignores the fact that the idea of “buy object X for $10, sell it for $15” doesn’t necessarily work out as a profit in a real capitalist environment), they are able to increase the size of their shops and buy and sell higher value objects.

This positive feedback loop works within the structure of a video game, as it gives players a real sense of progression as they play and watch their empires growing, but again, this loop boils success down to a simple process of “working hard,” which is how the capitalist propaganda machine would want people to think, but is in effect an oversimplification of not just the real-world systems around business management, but also of the real-world impact that capitalism has on individuals.

And that segues nicely into the second argument of Chomsky’s – that capitalism is a system that grants power to those with money, and it is easier to make money if you are a person with more money than those around you. In Hometown Story, when the player has upgraded their shop, earning more money becomes even easier. Here, too, the game deliberately turns a blind eye to the problems inherent with such a situation; because there’s no startups competing with the player’s growing shopping business, there’s no need to use competitive force to crush the rival business. Sun Tzu’s rules of war never come into play in the business environments of Hometown Story, and so once again players are provided with an idealised version of capitalism as they play. 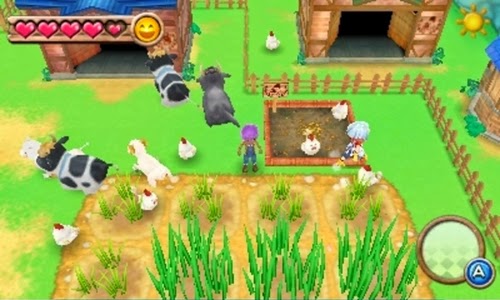 Hometown Story, and the Harvest Moon games, present a capitalist “perfect system,” where hard work produces personal wealth, and the rest of society around the individual benefits from the increased wealth. Many of the Harvest Moon games, for instance, have their towns grow and new services enter the town as the hero becomes wealthy. Capitalism in these games is always positive and is not meant to be criticised, and so these farming and shopping games represent a kind of propaganda for the economic system.

And this, in turn, is dangerous. Propaganda in any form is dangerous. We mutely accept games such as Hometown Story, and the economic systems that they idealise, because society has long arrived at the collective understanding that capitalism is the only economic system that makes sense. And yet, at the same time, it benefits no one for a game to so deliberately and completely ignore the very real issues that the capitalist structure creates within society.