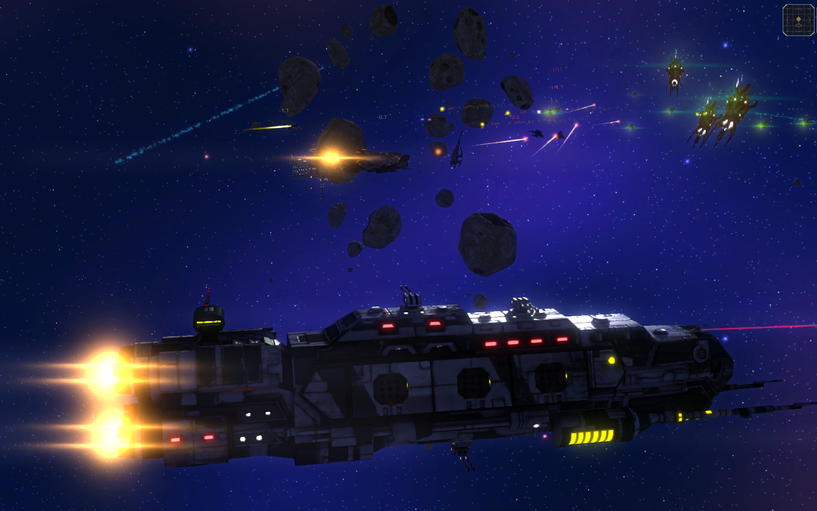 It feels like an age now, but back in 2011 I found myself mightily impressed by a space faring tactics game from a Perth (Australia)-based independent developer, Paul Turbett (who operates as Black Lab Games). That game was Star Hammer Tactics, and while it wasn’t the most visually impressive game, the underlying mechanics were rock-solid and the game itself was highly entertaining.

Sadly the game was a commercial disaster for Turbett and he ended up pulling the game from the digital shelves and he then left the industry briefly. Thankfully, though, not permanently, because Turbett is back with a new Star Hammer game, and this one has a far grander vision.

Star Hammer: The Vanguard Prophecy is much more than a tactics game. It’s a full strategy title with a 3D graphics engine, 60 missions (and branching missions at that), and is being published by strategy game specialists, Slitherine. With the backing of a significant publisher in the space, this game is far more likely to see the kind of success that it deserves (assuming it’s as enjoyable as the predecessor).

Related reading: An interview from 2013 with the director of Slitherine, J.D McNeil.

The ‘Warscale’ system, mentioned below, especially appeals to me. As someone who does like playing more defensive in my strategy games, too many titles punish anything but an aggressive approach to conflict. The idea that the game will customise the experience to suit my play style is something that, if executed well, I would like to see in many more strategy games into the future. 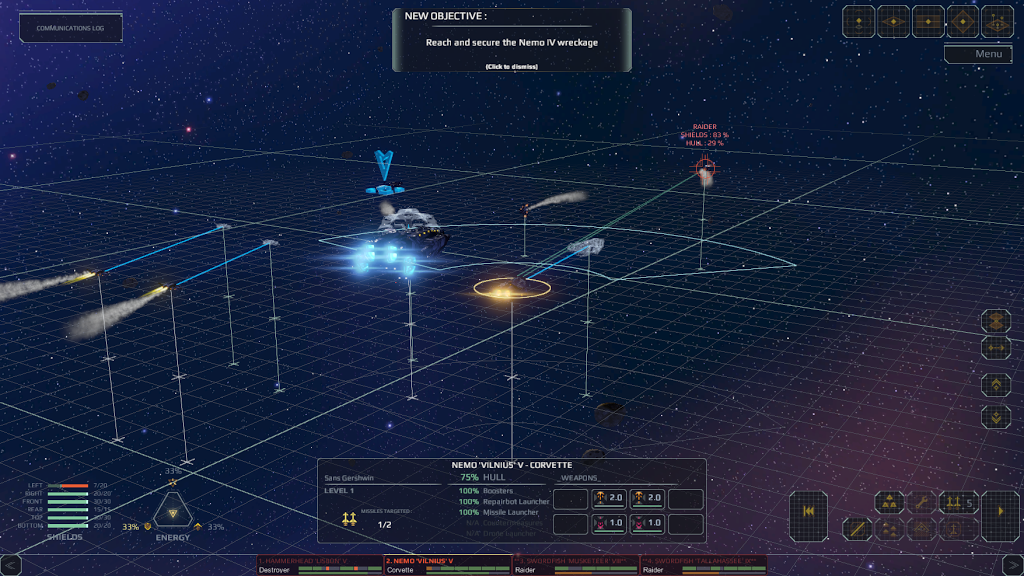 It’s coming to PC and Mac on June 4, and I took the opportunity to sit down and have a brief chat with Turbett about the game and what it’s like working with a publisher this time around.

Digitally Downloaded (DD): How will this game be different from your previous Star Hammer title?
Paul Turbett (PT): Whereas Star Hammer Tactics was an attempt to make a “casual” strategy game, Star Hammer: The Vanguard Prophecy is a full-sized and much more complex title. There is just more of everything: more ships, more opponents, more missions, more story, more characters, more detailed game systems, etc. Players will have more decisions to make as they take on their opponents, and the game systems are a lot more detailed. For example, sub-system damage and shield re-balancing are new systems. Also, the new game takes place in a 3D battlefield.

DD: You’ve partnered with Slitherine for this. What made you want to work with a publisher, rather than self publish? Why specifically Slitherine?
PT: The games market is getting really crowded. It’s getting much harder for developers to get the attention of the gaming audience, because there are so many games to choose from these days. As a developer, I recognize that our core skill is making games, not selling them. So I decided it would be best to partner with someone who can do a better job of getting the game out to the players.

As for the question of why Slitherine, I spoke to a few publishers and it just seemed like the best fit for this project. 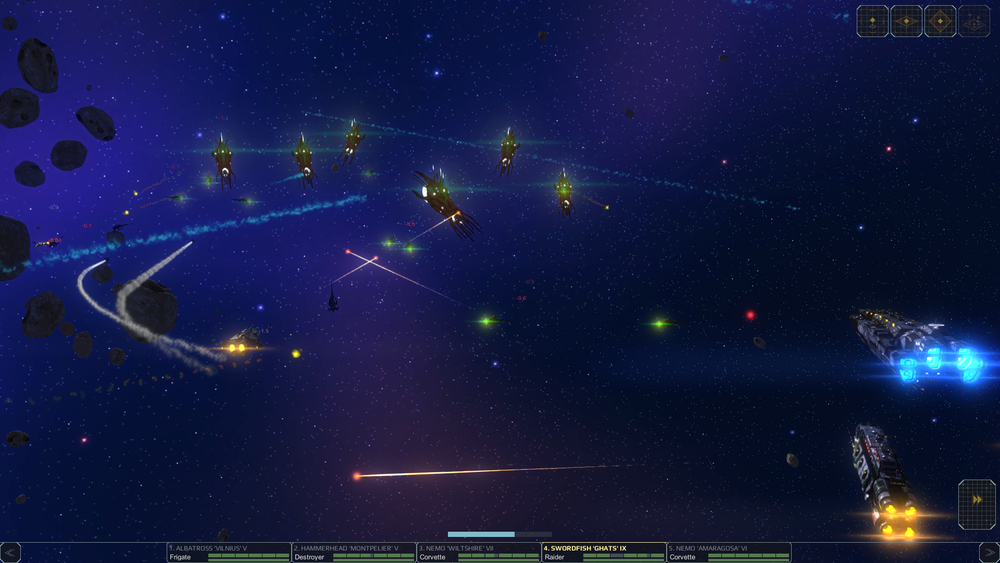 DD: The website mentions a branching mission structure. How will this work, and it will be based on player decision making, or how they perform in battle?
PT: A bit of both. The story of the campaign always moves forward from battle to battle. We’ve implemented a system called “Warscale” that takes a number of factors relating to your playing style into account. The story is split into a number of chapters, and availability of chapters to play is based on your Warscale score. An aggressive/ attacking play style will open up some chapters that take the story in one direction, whilst a most passive, defensive style will open up other chapters that take the story in a different direction.

DD: I remember Star Hammer Tactics was a clean, straightforward tactics game – how complex will the strategy of this title be?
PT: There are definitely more things to do in combat in this game. Most ships have a special ability, and there is also a crew skills system, and even a relationship system for your bridge crew: when they are getting along, you’ll get bonuses in combat. So it is definitely a more complex game than the tactics game we previously released, however we’ve worked really hard to ensure the UI is easy and obvious enough to understand, so people more new to the strategy genre will still be able to pick it up.

DD: How difficult was it to balance the strategy as an independent developer? Are you worried that players will find it “too hard” or “too easy?”
PT: We are doing beta testing at the moment, and working on getting that balance right. It’s definitely a challenge, but one of the advantages of working with a publisher is that we can more easily get the game to testers to do things like balance the difficulty. And on that note, signups are still open, if you’re interested! http://slitherine.co.uk/beta_test 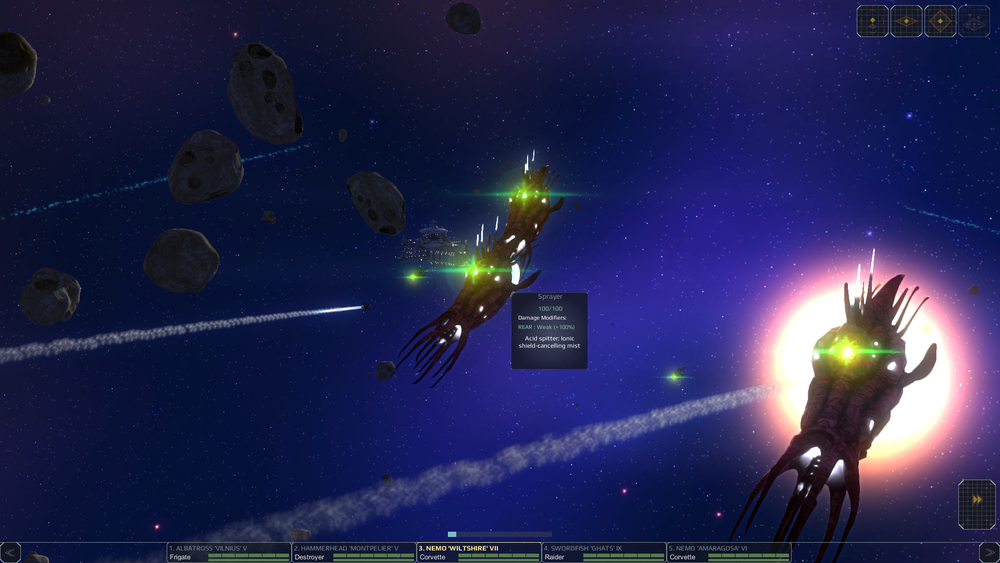 Stay tuned for plenty more coverage of this game as the release draws closer.