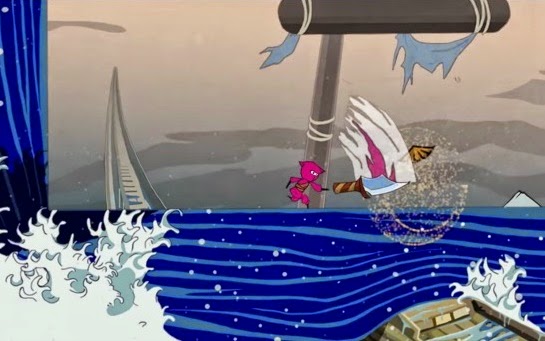 What is up with indie game developers and their love affair with notoriously difficult games? There’s Super Meat Boy, that makes all the veins on my forehead pop out, Braid, a mind-bending, time-twisting that confuses as it entertains, Fez, where some of the puzzles are surely impossible, and now we have Paperbound, a competitive multiplayer game which demands real skill and precision, and offers newcomers nowhere to hide.

Related reading: You can check out our review of the PlayStation 4 version here.

As something of a riff on Super Smash Bros., Dissident Logic’s new title pits you against three other fighters in a classic assortment of challenges: king of the hill, classic versus and survival. Besides the in-house characters, several playable characters from other indie games also make appearances, like Juan from Guacamelee and Captain Viridian from VVVVV. Utilising a setup very reminiscent to those who’ve played the modern classic, TowerFall Ascension, Paperbound is a static-screen brawler with an interesting twist: you can manipulate gravity as you work to gain an advantage over your opponents. This allows for unprecedented freedom and really exciting gameplay with awesome moments. The presentation of Paperbound is gorgeous. Its light, minimalist visuals and attractive artwork beguiles the intense, twitchy and exciting gameplay. An addictive little indie title, Paperbound is tailor-made to those who enjoy time-wasting multi-player games with their friends or those who yearn for the halcyon days of Nintendo 64 and Super Smash Bros.

There are three weapons to equip characters with, and all three require a different skillset to use. The first is the sword, the only melee weapon. The sword naturally does great damage in close-quarters combat but if you’ve got friends who’ve mastered the art of the other two (which are projectiles), then you are going to need to practice and practice until you have nimble fingers. Next is the bomb. No seriously, a bomb… made out ink, which creates a sizable explosion upon throw. This is great for taking out a dominating player and accumulating fast points by taking out groups of opponents at a time. But beware, if you’re anywhere near the radius of the explosion, your character will also die, as the bomb don’t discriminate. 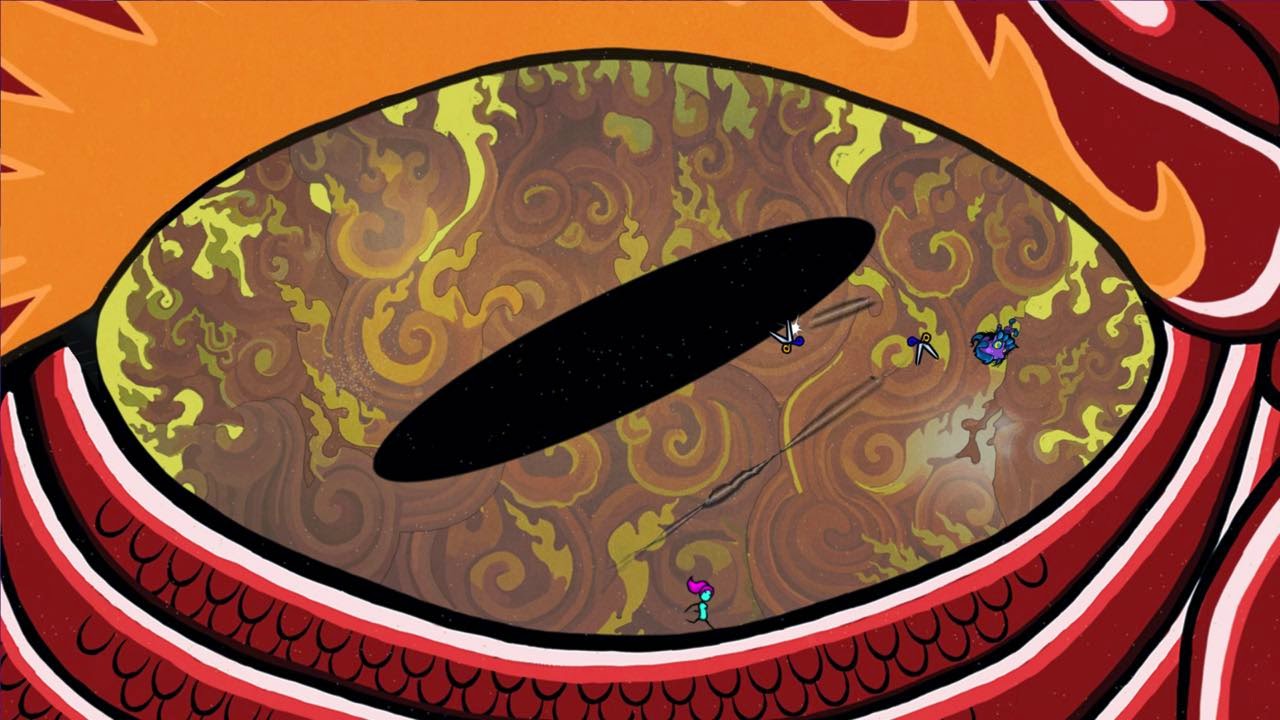 The third weapon, and the most difficult to master, is a pair of scissors, which are thrown. Scissors require extreme precision and travel in straight lines. Mastering the art of scissor throwing is akin to learning the AWP Sniper in a map full of elite players in Counter-Strike: Global Offensive. You have to be cagey, fast, a streak of lightning and most important of all, accurate – because every player is equipped with one pair of scissors, and should you miss your character will be defenceless until you can retrieve the scissor from the wall it got lodged to.

The aforementioned gameplay types spice things up a bit and break monotony. These modes are present in just about every multiplayer game out there, so don’t really need an introduction, but the Classic Versus mode is the most interesting as it employs a unique element. During a session, page tears pertaining to a player appear randomly over the map. To win the current match, the player simply has to exit through his respective tear. Maybe I shouldn’t use the word “simply” so carelessly here as the journey from your initial position to the tear is anything but. Anytime a page tears appears, the other players become that much more aggressive, and so the intensity ratchets right up, making for some thrilling conclusions.

The game has a thin pretence beyond the multiplayer hijinks, but then again, so did TowerFall. The gameplay isn’t quite as refined as that game, though, and the developers made the mistake of giving players a host of characters, but not differentiating them in any way. TowerFall was the wiser game to give every player the same sprite, because when there are differences in character design in fighting games, people expect there to be differences in fighting styles. All that aside, this is an entertaining game for people that can pull together a multiplayer party, especially if their skills as players are roughly similar.