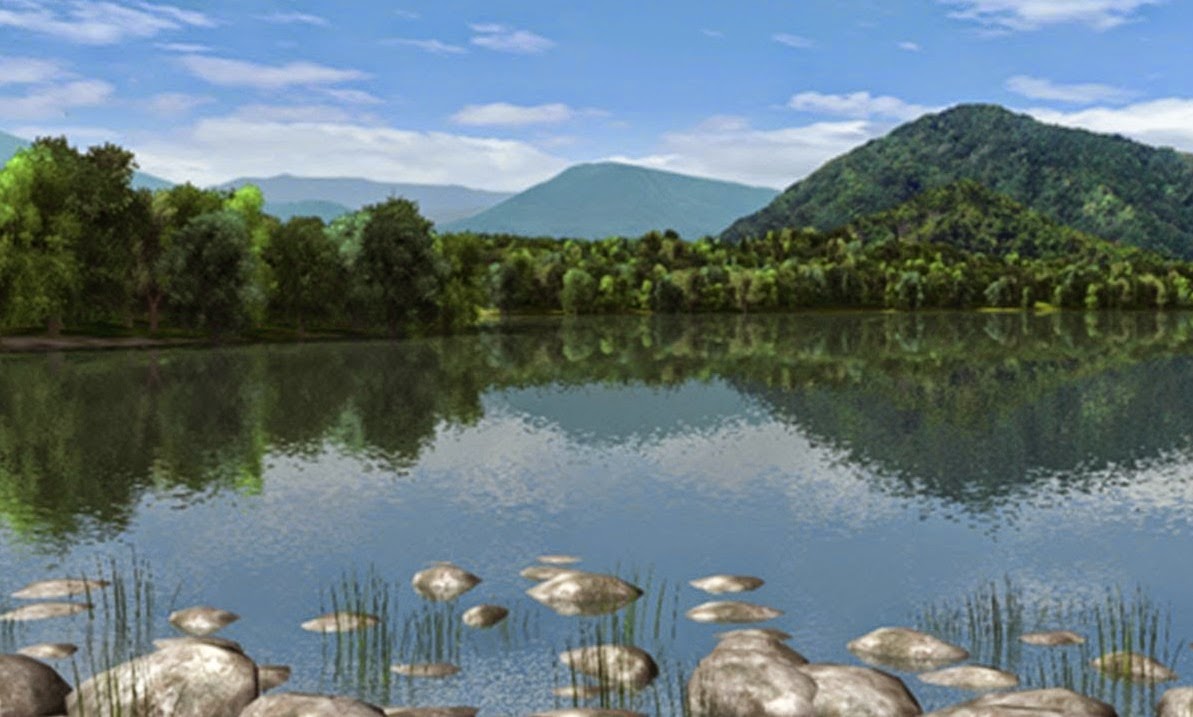 I love fishing. I’m terrible at it, but I love it.

But that’s okay, because to me fishing isn’t about actually catching fish (I’m allergic to them anyway so I can’t eat them). No. For me fishing is all about turning the brain completely off, having a beer on the side, and just relaxing. It’s the getting away from technology, video games, and life in general and simply connecting with nature – to the point where I realise that if I ever relied on nature to survive I would be well and truly screwed. 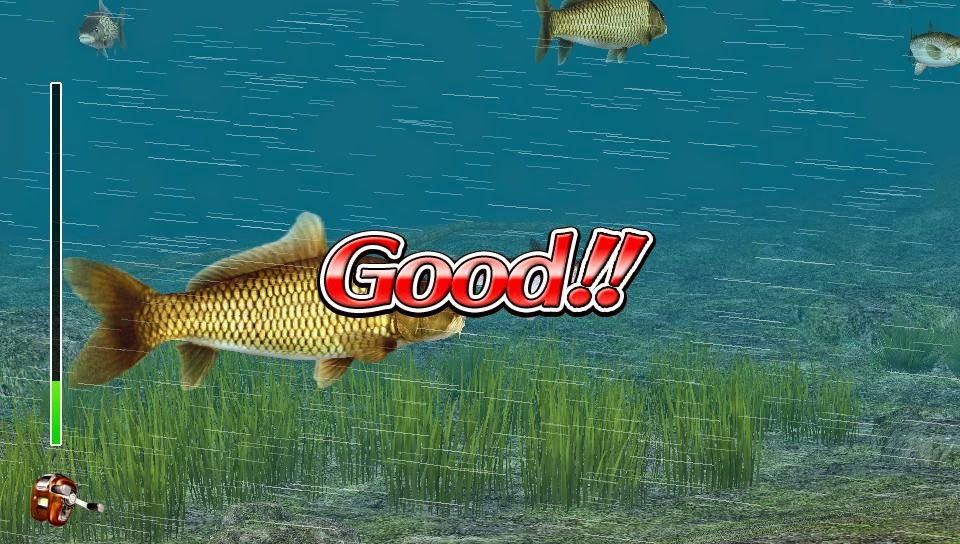 So it’s a little ironic that I enjoy the Reel Fishing series so much. For one thing, it’s a video game franchise, which means I can only play it on technology, which emphatically defeats the purpose of why I enjoy real fishing in the first place. And for the other, I can catch fishes in these games. In fact, I’m a darned good angler.

Why can’t it happen like this in real life?

Reel Fishing: Master’s Challenge doesn’t do much to break away from the established mechanics that have served the series so well since the original game back on the PlayStation. Players continue to use a wide range of bait to try and capture specific fish across a wide range of different locations in order to fulfill certain “missions.” Each location (lake, river, and so on) has a couple of different fishes of different sizes, and snagging the biggest fish in each category takes some training. Some missions are timed, others are not. 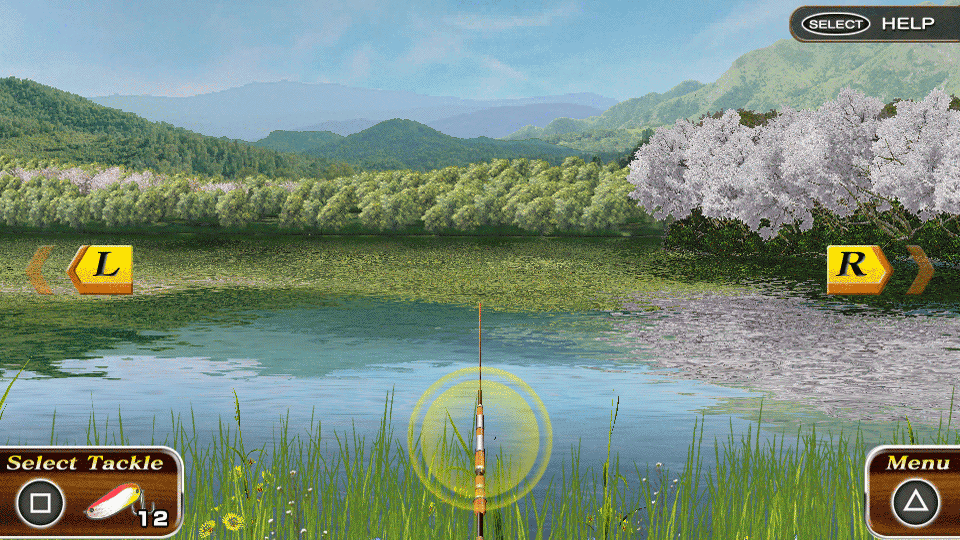 After casting the line, the fishing is quite simple. First, you’ll get the lure or bait to jiggle about to encourage the fish to take interest in it. Once the fish has latched on, you’ll enter an extended quick time event, where you’ll need to reel the fish in, while switching the direction of the line to oppose the direction that the fish is heading in. At the same time you’ll need to watch the pull of the line – to weak or strong and the fish will become unhooked or the line will break, respectively.

At first, catching fish is nice and easy, but catching the big and rare fishes takes a certain degree of practice. With that being said, Reel Fishing isn’t an overly difficult game. As with the real sport, it clearly aims to be a relaxing passtime, rather than a high-energy action game, and it certainly achieves that goal. While the environments themselves are simple, the fish look gorgeous and realistic in their movement. Snagging a big one brings with it a certain degree of satisfaction, but the laid-back aesthetics and minimalist soundtrack help to create a stress-free experience nonetheless.

Oddly there has been an attempt to throw a narrative into Master’s Challenge, and it’s even more odd that it tries to be profound in its revelations. Fishing doesn’t make people better parents, so it sets a weird tone for the game that Master’s Challenge tries to suggest such a narrative. The narrative is only told through text boxes between missions, and is hardly a major part of it’s tone, but I came to this game to recreate the experience of turning my brain off and throwing dead worms into a lake. I didn’t want to dwell on parallels between a game and Cats in the Cradle for this kind of experience – save those for the RPGs, I say. 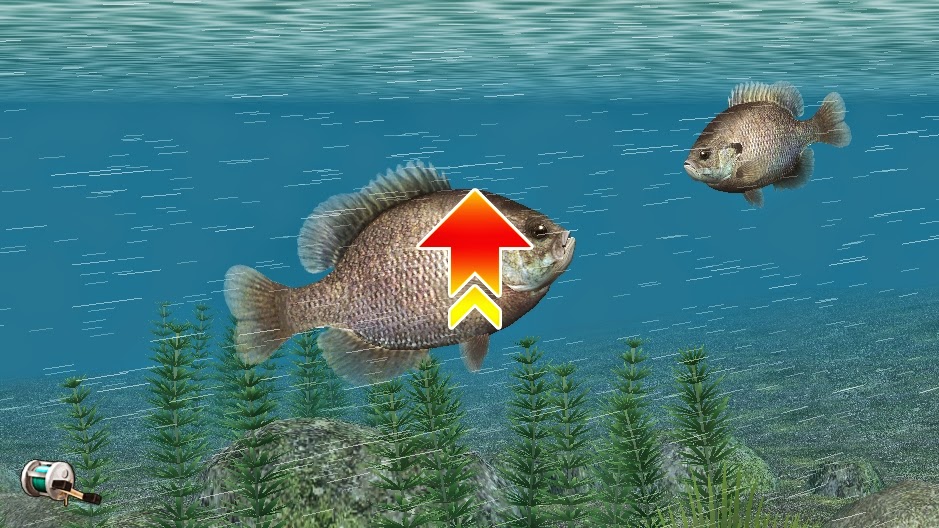 Plot aside, Reel Fishing is a very specific game for a very specific audience. It’s a reasonably casual game, but at the same time it can’t be expected to appeal to anyone who doesn’t “get” the appeal of fishing. But for people that simply want to toss a lure into the water, then this is a good way to get away from it all for little while, and for an inner city dweller like me, that’s a bit of escapism I appreciated a great deal.