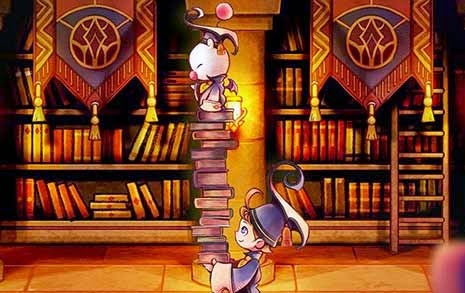 I laughed when I started playing this game. A few weeks ago Nintendo announced a partnership with DeNA to produce Nintendo mobile games, and people worried about the risk of a decline in the quality of the Nintendo IP and its games. Then Square Enix and DeNA’s Final Fantasy: Record Keeper lands on the App store in English after over five million downloads in Japan, and anyone who is still worried about the quality that DeNA is capable of is fooling themselves.
This is one seriously good free-to-play game. As with SEGA’s Chain Chronicle from last year it offers a near endless stream of content, and simple, accessible gameplay that anyone can pick up. But it’s a success not just because it’s accessible, but because it’s good fun and, in this case, a true love letter to the Final Fantasy series.
The basic idea of the game is that you’ll work through the narrative of all of the Final Fantasy games, with each one has been split into a large number of “stages.” Each of those stages offers a brief bit of text introducing a scene from the game, then you’ll fight through a series of battles against enemies pulled from the “real” version of that game. The final battle will be a boss battle, and after defeating him/ her/ it, you’ll be given another bit of text that ends the scene, and earn loot to improve and upgrade your characters. 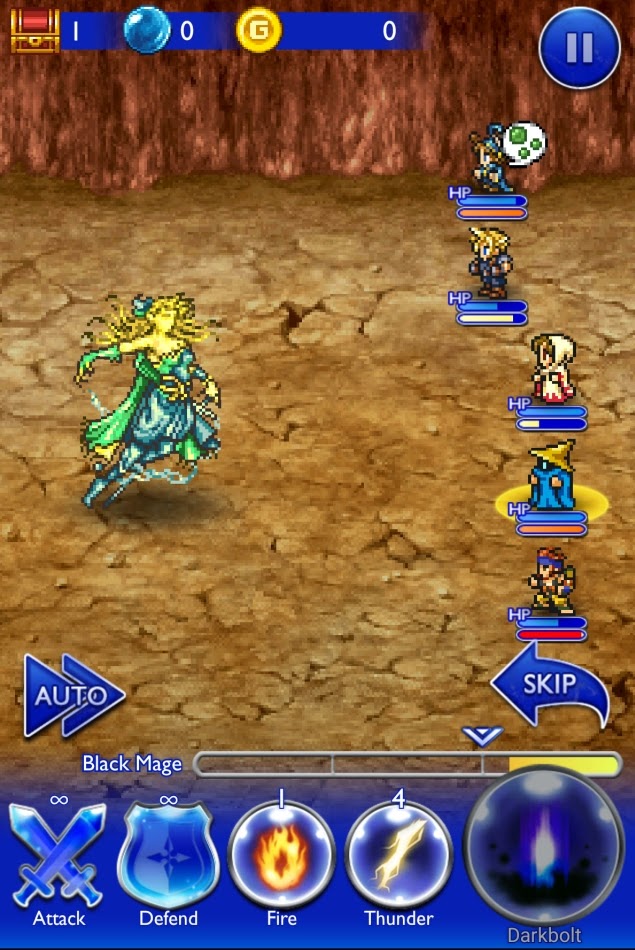 So, one moment you’ll be reliving the attack on Shinra in Final Fantasy VII. Then you’ll be fighting off Kefka’s hordes in his attack on Figaro castle in Final Fantasy VI, before heading on over to a scene in Final Fantasy X. For people like me, who have played all of the Final Fantasy games and remembers all of these scenes, it’s an incredibly nostalgic experience. The art style is a pixelated classic Final Fantasy style, and each scene is accompanied by music pulled straight from their respective games.
Combat itself is a modified ATB system that could have been pulled directly from early Final Fantasy games. Characters (which you earn from completing missions) are pulled from various games in the franchise (so you might have FFX’s Wakka working with FFVII’s Tifa and Cloud, and supported by FF1’s White and Black Mage). Each can have a handful of special abilities to go with a standard attack and defence command, which means there aren’t as many combat options as you’d have in the typical Final Fantasy title, but between stages you’re able to customise what skills and equipment characters take into combat, so forming a good, balanced team still takes some work. Battles are fast and stages fly by quickly, so the relatively limited in-combat strategy isn’t as noticeable as you might think.
Being a free-to-play game, there are of course all kinds of freemium features that are in the game. Most are harmless, such as the constant need to upgrade weapons to improve the power of characters and the random item lucky draw to gain the rare stuff. None of this requires spending real money, as long as you’re comfortable with a slower progress rate. There is an energy bar, however, and it is irritating. Each stage you take on will drain energy and you can either pay money to refill it once it’s run out, or you can wait for the energy to replenish itself over time. This energy drains far too quickly, meaning you’ll only get to play a couple of stages with each sitting. 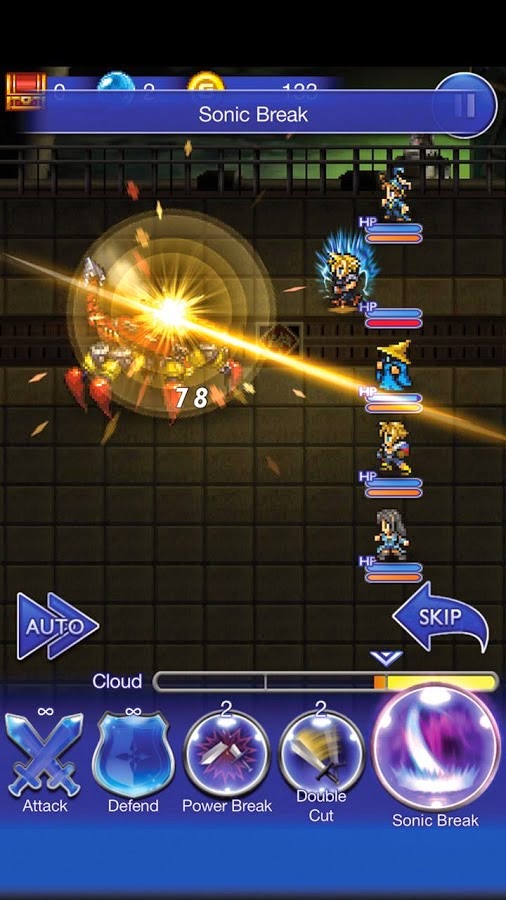 I have never understood why mobile game developers actually punish people who enjoy a game enough that they want to sit with it for long play sessions. It obviously works or the likes of DeNA would stop sticking them in free-to-play games, but it’s irritating nonetheless.
Aside from that energy bar, Record Keeper is a Final Fantasy fan’s dream mobile free-to-play game. The combat is simple, but well balanced and engaging, and the presentation and aesthetics are so authentic to the veteran series that it’s impossible not to play and get a nostalgic rush. Indeed, thanks to this game I’ve broken out my copy of Final Fantasy IV on the Nintendo DS to start a new play through. I might have only dropped $2 or $3 in the app itself, but Square Enix and DeNA have reminded me just how much I love this franchise.

More Hatsune Miku DLC, because you can never have enough