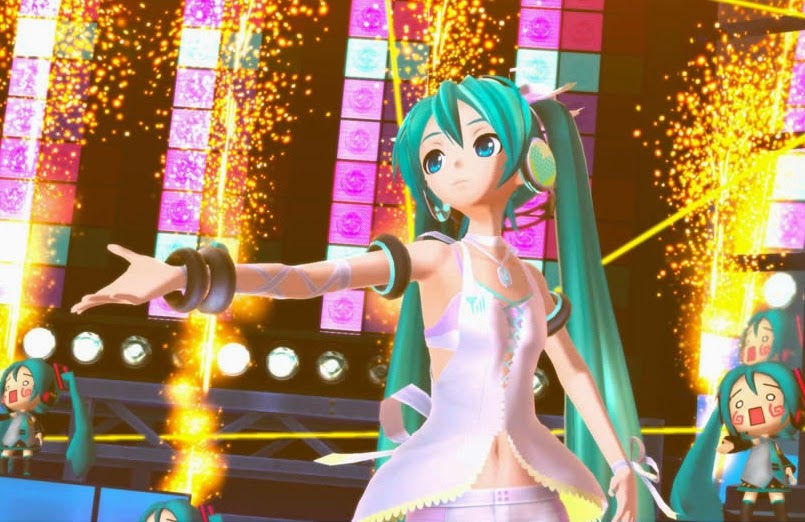 It’s always a nice way to start a new month; a load of new Hatsune Miku Project Diva f 2nd DLC to keep fans tapping along with the beat.

The new pack is Kaito heavy, for people who want to indulge in the masculine tones of the big guy. Kaito gets two new costumes – his Campus and Classic modules, as well as a playable music track in Rosary Pale, which is very much a Kaito-style song, being sad and melancholic and all that good stuff. The dude needs a holiday, he’s letting his virtual idol fame wear him down.


Of course, SEGA hasn’t forgotten who the real hero of the show is. Miku gets a new costume, her Cute module (And Rin also gets a Cute costume), and then you can dress the two girls up in that costume to perform the DLC track, Promise. It’s pure bubblegum stuff this one, and will no doubt charm over the more traditional Miku fans.
Not much else to say about all this, really. Go download, and happy Mikuing!