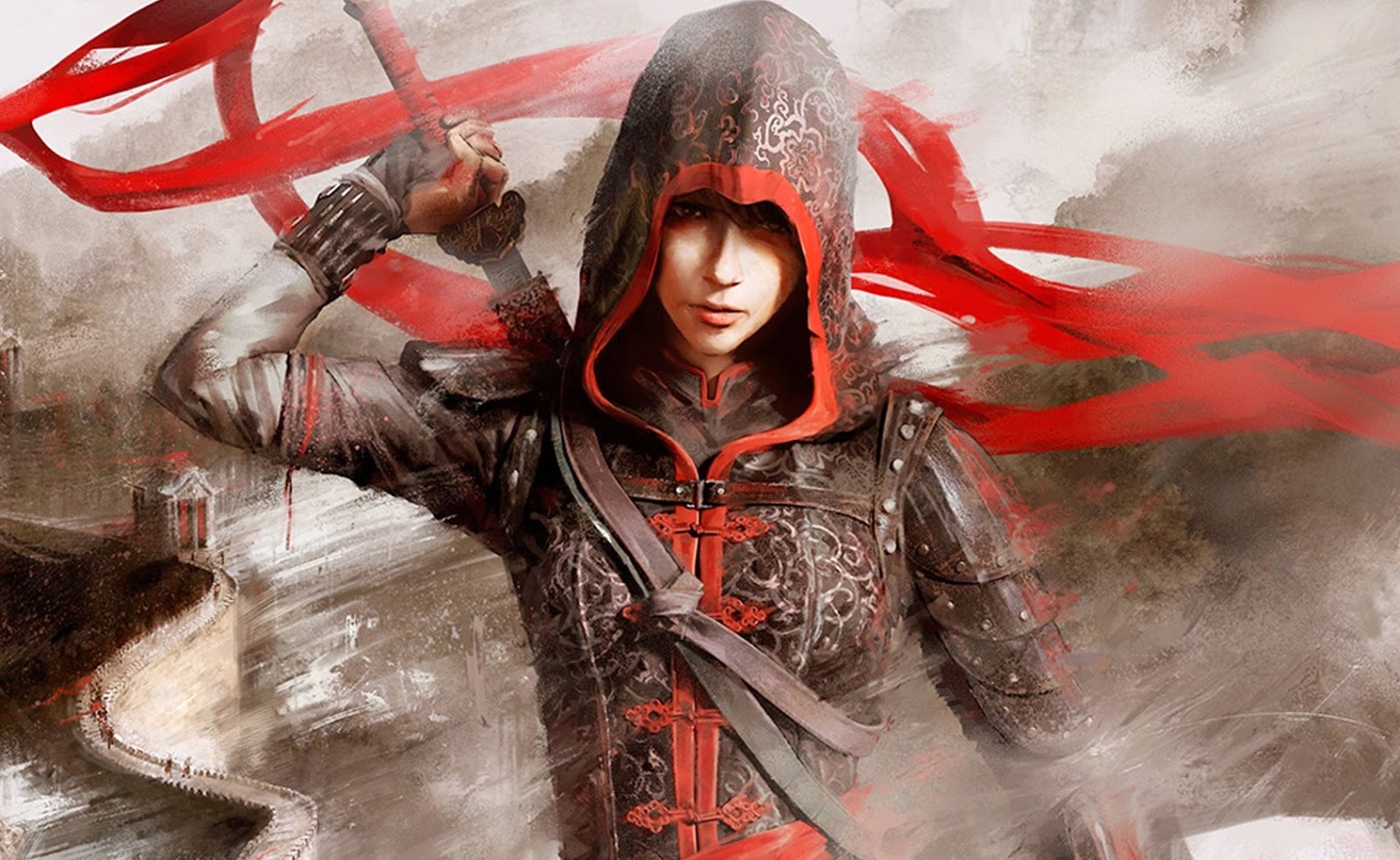 Assassin’s Creed is at its best when Ubisoft is willing to experiment with it. When developer teams are unburdened from the AAA-budgets, and left free to experiment with narrative and form, we invariably see the potential of this series hit its peak; we see games that make interesting use of the history surrounding them, and characters in each of them are a nice variation on the standard Caucasian male swashbuckler.

I’m talking about releases like Liberation, which remains my favourite in the whole series thanks the strength of leading lady, Aveline. But Freedom Cry with the African male protagonist was great, and even last year’s Rogue, sitting comfortably in the shade of the main release of Unity, took the opportunity to take some risks itself, and came away the better for it.
And now, as the next main Assassin’s Creed looms towards the end of the year, we have three Assassin’s Creed Chronicles games, which take place in settings that no main AC game would ever risk, and if the next two are anything like the first, China, then the overall trilogy will challenge Liberation as my highlight of the franchise. Because Assassin’s Creed Chronicles: China, while flawed in some areas, is good, albeit not for the reasons that I typically like the Assassin’s Creed franchise. 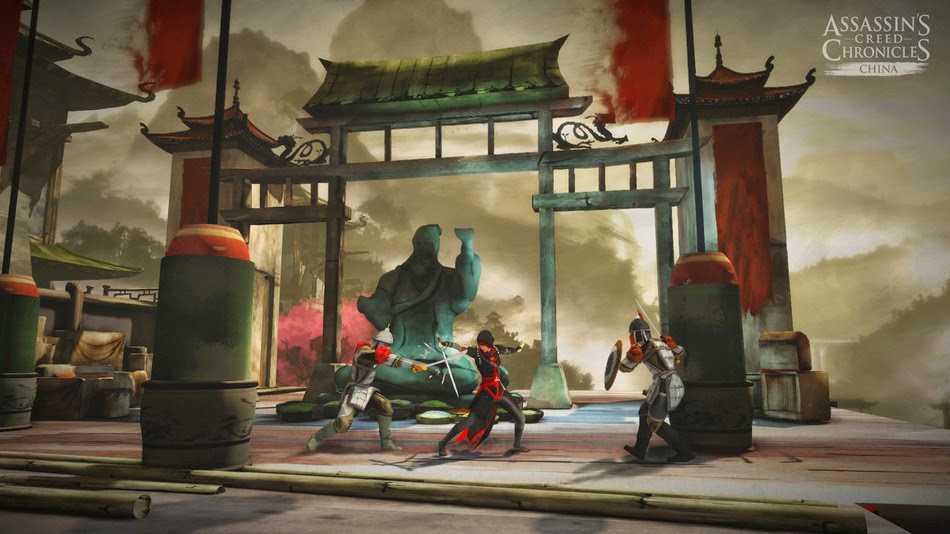 Asssassin’s Creed Chronicles: China stars Shao Jun, a female assassin active during the 1526 fall of the Ming Dynasty. With the asssassins all but wiped out from her little corner of the world, Shao spent time training with Ezio Auditore de Firenze (a name all Assassin’s Creed fans will recognise), before returning to China and allowing herself to be captured by the Templars, so she can figure out what’s going on and extract her revenge. It’s a fairly standard kind of plot for an Assassin’s Creed game, but Shao is a very likable lead, and the presentation of cut scenes (as brush painting stills), is impeccable. Within moments I was hooked on the world and Shao’s story, and while it was over a little too quickly given how invested I became in the character (it’s a few hour’s worth, and hardly the sprawling epics we’re used to from this franchise), it is paced perfectly and probably bowed out before it outstayed its welcome.
It’s not a open world game this time, which is a big departure for the franchise. Rather, it’s a 2D sidescrolling stealth platformer, where the goal from start to finish is to learn enemy movements and then figure out how to get past them. The game promotes heavily the idea that for an assassin Shao isn’t especially bloodthirsty; though she has access to all the deadly weapons of the trade, you’re penalised for stealth killing an opponent, and penalised even more for killing one in melee combat. The only way to get the maximium score in each level is to slip past every guard without hurting them, and this requires careful use of hiding places, climbable walls and scaffolding, and the ever-trusty whistle and noise darts.

At first it’s easy to slip past opponents following predictable, basic paths, but it doesn’t take long for Chronicles to start throwing complex movement patterns at you and, as athletic and nimble as Shao is, it requires an elaborate combination of quick thinking and pre-planning to sneak through the toughest rooms. 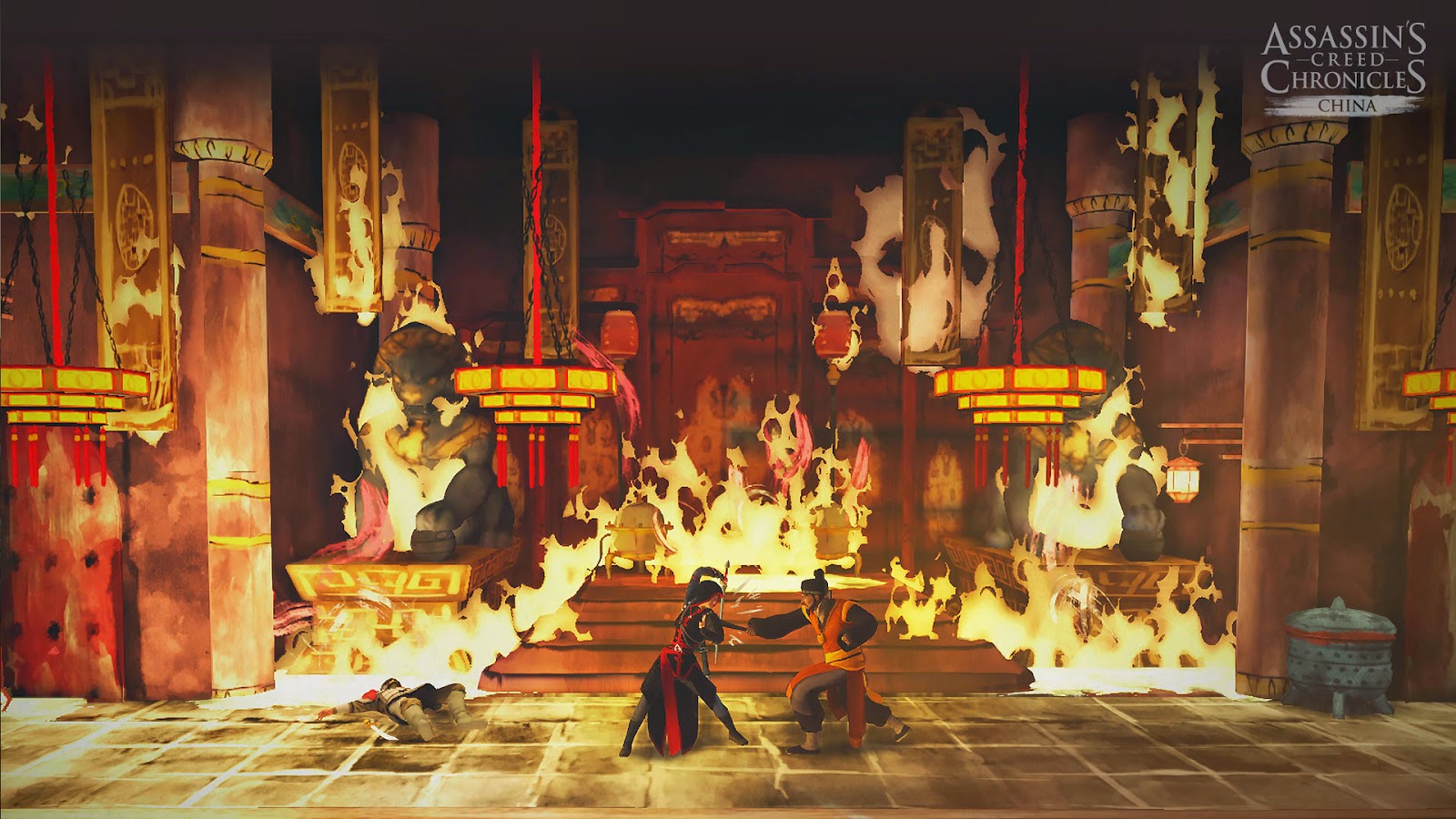 Levels are so well designed around the sneaking mechanics that it’s a genuine thrill to be able to get to the other end of a room without being spotted, and it’s just as well that it is this rewarding, because the combat itself is terrible. Despite the tutorials that the game gave me at the start, I never quite got an understanding of the timing of counter attacks, parries and dodges, and quickly got the point where, if I allowed Shao to be discovered, I’d simply let the guards kill her, so I could restart the room from the generous check pointing system and not lose my stealth points at the end of the level as a consequence. This helps pad out the length of the game, too, though people who like their Assassin’s Creed games with more action and combat will find the change in pace galling at times.

Supporting Assassin’s Creed Chronicles: China is some truly gorgeous 2D art that is strongly reminiscent of hand-painted, classical art. Every new area is a joy to discover for the vibrant backgrounds and detailed platforming environments that it offers, and Shao herself is catlike in grace, which emphasises and enhances her personality and raw proficiency as an assassin perfectly. With that being said, I am incredibly surprised that Ubisoft didn’t provide Climax Studios, the outsourced studio given this project, with the UbiArt framework to work with. As we’ve seen with Child of Light and Valiant Hearts (and Rayman, of course), UbiArt’s 2D engine is unparalleled in rendering intricate, artful backgrounds, and I would have thought it would be a natural fit here as well. That’s not to criticise the engine that is in Chronicles: China, though – I’m just surprised that development went this way.

However, I was disappointed on a couple of levels. As appealing is Shao is as a character, she is underdeveloped. We never really get a sense of her background or motivations (beyond a loyalty to the assassins), and thanks to her she doesn’t get to convey character through the eyes. She’s a touch on the sterile side as a character, and that’s disappointing because, like with Aveline from Liberation, I see great potential for her to be a killer female assassin (forgive the pun). I was also disappointed that they opted for a voice actor without an authentic accent. With an Indian and Russian assassin to come in later Chronicles games, I really hope that Climax is able to find more appropriate voice actors, because nothing kills the authenticity of a character more than having an odd an ill-fitting accent. Remember Jake Gyllenhaal’s weird English accent in that Prince of Persia film? It’s that mood-breaking. 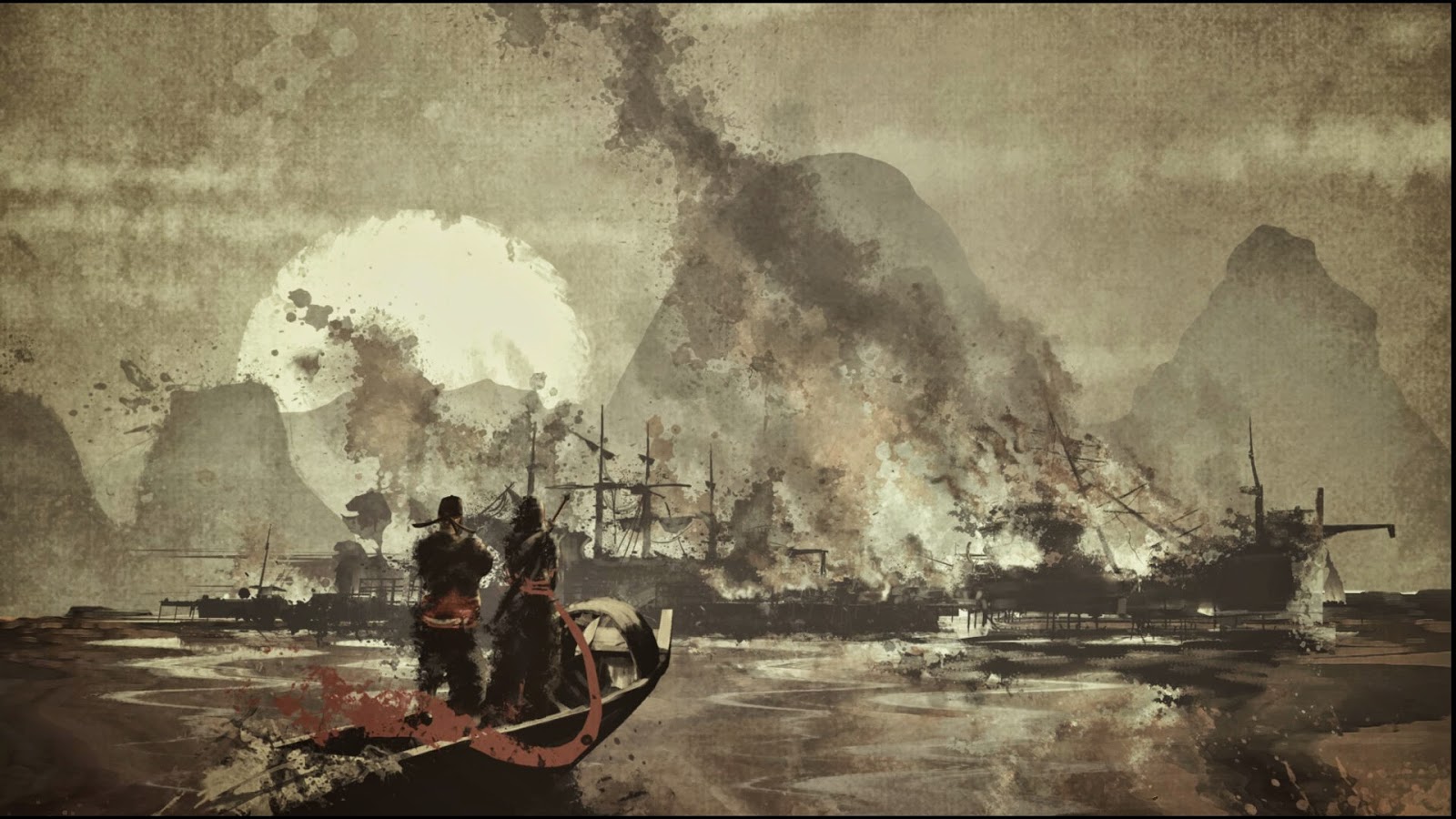 The other disappointing feature of Assassin’s Creed Chronicles is the weak use of history. This setting is a dynamic one for Chinese history, and while the general atmosphere is authentic enough, it’s clear that the same effort that went into historical research in other Assassin’s Creed games did not happen here. Rather, it’s quite obvious that the team did an afternoon’s research on Wikipedia and called it a day. Given that the historical context is a big drawcard for the Assassin’s Creed franchise with me (much as the history of Koei’s Warriors games are), I found the thin-if-not-empty context a little alienating.

And yet despite those two criticisms, here is a game that I played through in a couple of long sessions of play, and typically my patience with 2D platforms is very, very limited. I could have done with a stronger and more robust narrative, and I would have loved to get to know Shao better, but where I generally tolerate the gameplay of an Assassin’s Creed game because I find the world and history so inviting, this time around the reverse is true, and I rather like that.

Review: War for the Overworld (PC)