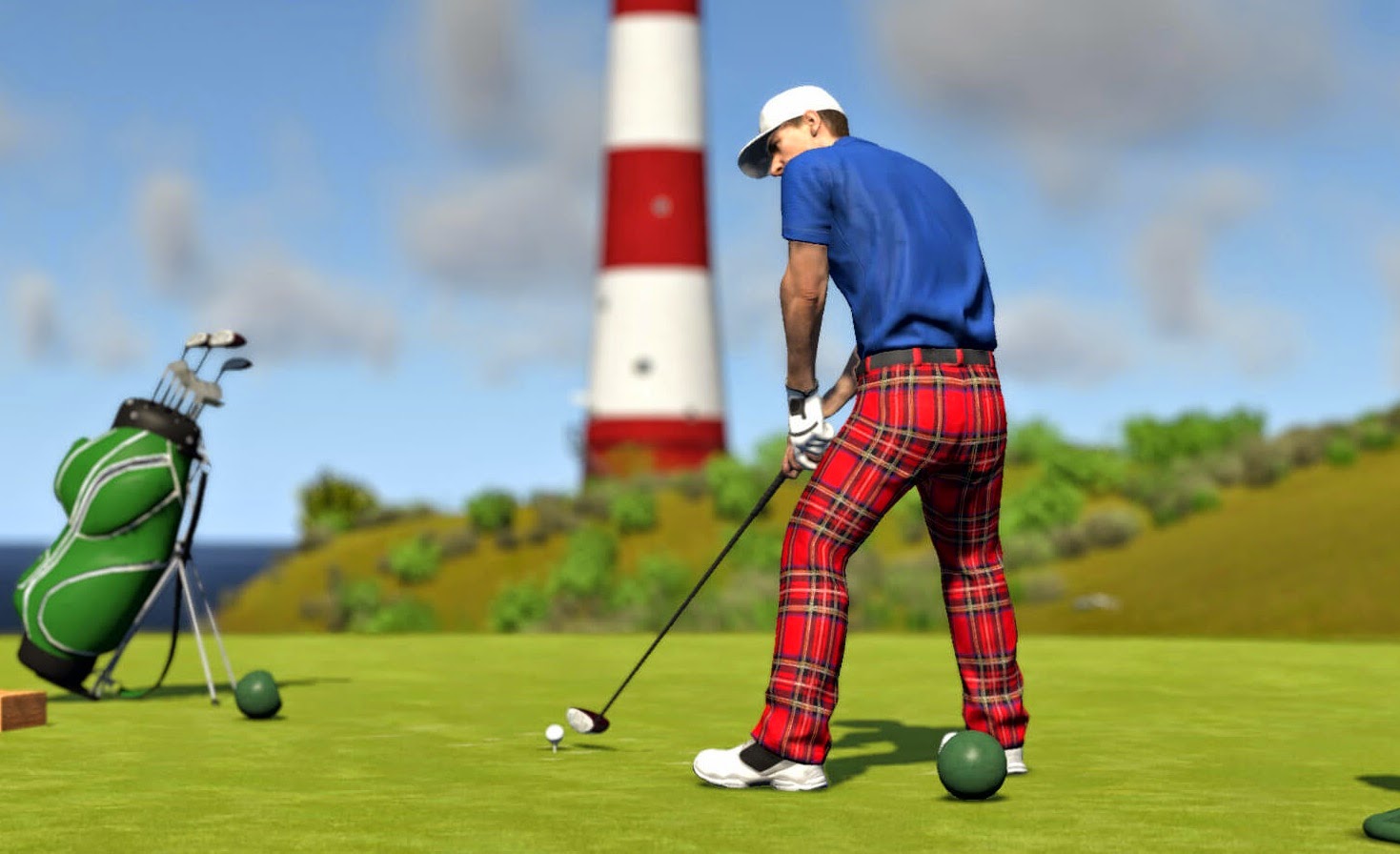 Last year The Golf Club launched on a handful of platforms with some pretty ambitious goals that were mostly met. however, even as I played the game then, I felt like there was room for more; it needed more options, more themes and more performance optimisation. Now, about a year later, The Golf Club Collector’s Edition comes out for Xbox One, PlayStation 4 and the PC, and by and large, I got what I wanted.

When this expansion was first announced back in March, I found myself immediately curious what the future could hold for this series. For those who missed the game last year on its first pass, it touted a handful of excellent features. Probably the two biggest were asynchronous competitive play against friends, and the incredibly powerful course creator. The first an excellent feature, because it basically charted your game and saved it online so your friends could compete against your score – without you having to be on. One of my best friends is a huge fan of this game, but our schedules typically do not even come closer to matching up, so we leveraged this feature a great deal.

Even more compelling than this competitive mode of play was the incredibly robust course editor. This had a few lumps when first introduced, in particular on the Xbox One. There were some performance issues and a handful of tools that did not work the way that they were intended. Thankfully the development team has been frequently releasing updates and has been incredibly transparent with the community, and this open dialogue has led to some of the new additions that help to round out The Gold Club Collector’s Edition. 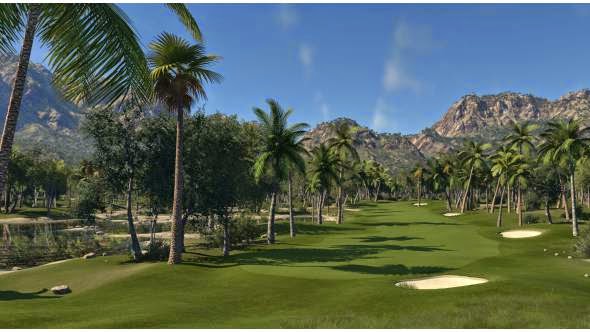 An improved toolbox has been one of the most prominently touted features, and it does hold up nicely in practice. The new tropical theme is excellent, and the cart paths make for a more realistic set of links. It feels like the performance has yet again been improved as well – a welcome sight for those who spend a lot of time in this mode. The number of amazing golf courses created over the last year has been impressive, but some additional locales and options should only help to further this. A lot of real golf courses have been painstakingly recreated, and now I suspect we will see even more given the tropical theme. My buddy has gone so far as to use Google Maps to study a nearby golf course that he adores (told you he’s a fan), and recreated it almost perfectly in the game. That is how solid the tools are and the Collector’s Edition makes it even better.

There is also an included e-book that offers some pretty scenery and pro golfer insights to the game that die hard golfing fans will probably appreciate, though for me it was more of a superficial addition. My favourite new feature is the addition of a Season Mode. The original game was really about single matches or tournaments that strung courses/matches together. It worked, but I did miss that feeling of progression found in a season or franchise mode that usually keeps me coming back to sports games over and over again. There is still room to grow this feature out, but the inclusion of the mode and its five Tour levels are incredibly welcome and where I expect most of my time to be spent going forward.

The core game itself is largely unchanged. This is still an absolutely gorgeous game of golf with quick loading holes and a swing mechanic that offers very little feedback outside of the visual cues. Some people will dislike that system, but I found it quite organic to the gameplay. The Golf Club is not an easy game, especially compared to its more arcade-like peers that offer all sorts of bars and gauges that help you line up perfect shot after perfect shot. Here you need to learn the timing of the swing, the way your character animates and how to properly read the greens. There are no real shortcuts, and I think The Golf Club is better for it. 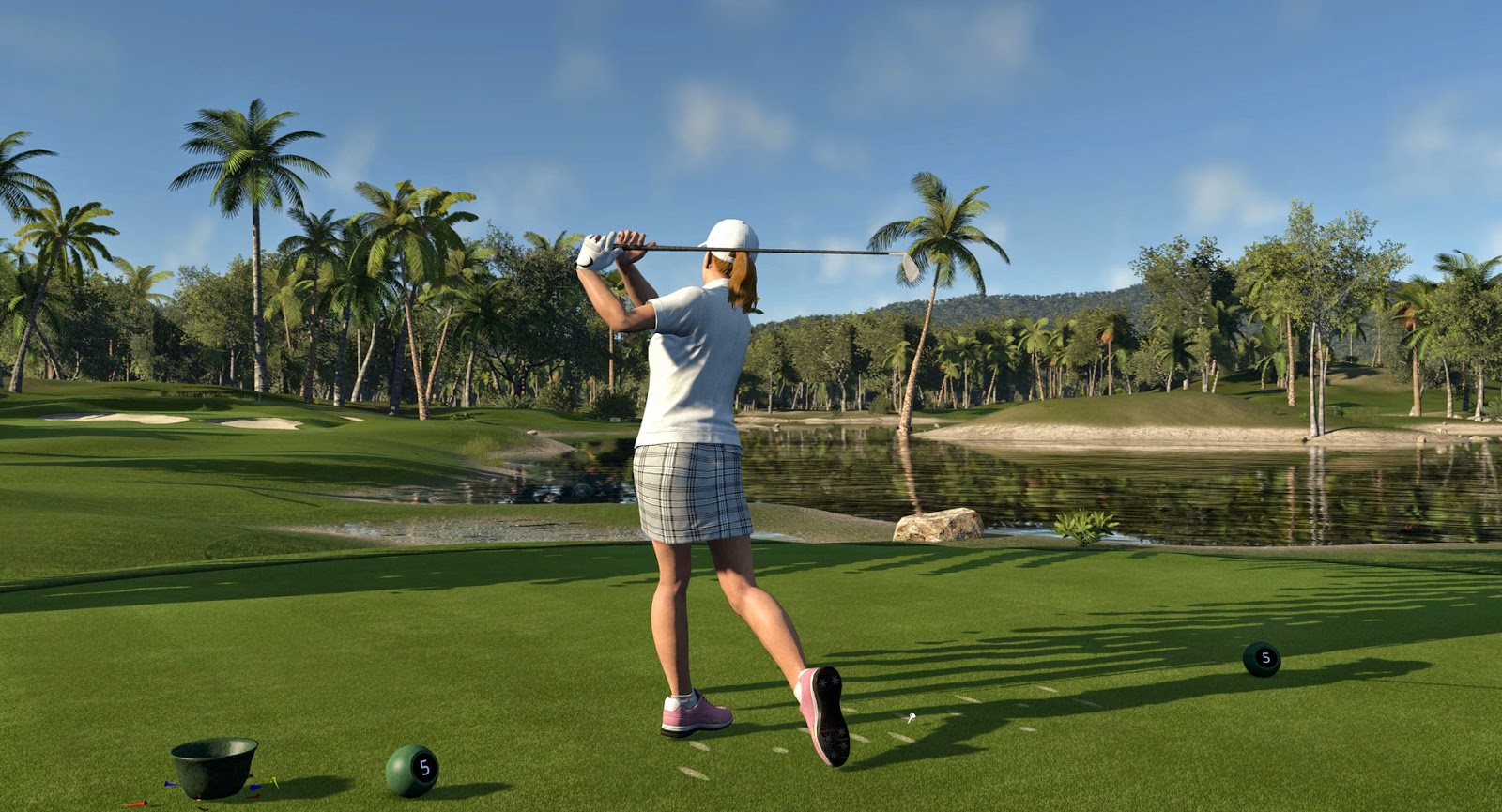 The Golf Club Collector’s Edition is a very polished version of the game that came out last year. It has all of the necessary patches, some new tools, a great new tropical theme and a season mode that I personally had been pining for. There has been a genuine sense of community built around this title and the Collector’s Edition is a natural extension of that. If you do not spend much time building courses or have little interest in season play, this iteration of the game might not be for you because the gains are minimal. However, if you fall into one of (or both of) those two categories, you will likely find a great deal to enjoy about this new release.