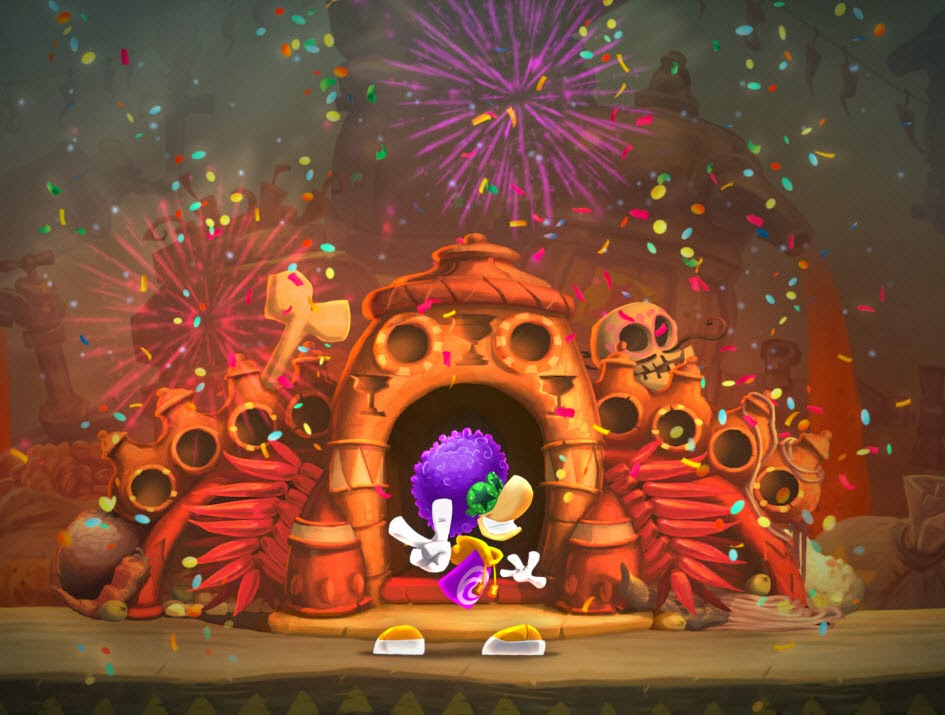 Platforming games were my bread and butter growing up. I had some older consoles like the TI99/4a and Atari to keep me busy as a little kid and then when the NES came out I got to experience the wonders of Super Mario Bros. and more.

That is why when a platforming title comes out that I find impossible to put down, I really have to give it a considerable amount of credit. Only a handful of platforming series feel like ‘must-play’ when they release, like the venerable Super Mario titles. I have only ever played one other Rayman game so far, and that was Rayman Origins on the Vita several months ago.

Between that experience and the newly released Rayman Legends, I am going to have to consider this series another essential among platformers. I do not say this lightly, but Rayman Legends was amazing. Frustrating, fun, fast-paced while also making me think, I had my kids all sitting around me in the living room watching me play it and giving me advice before trying their own hands at it. 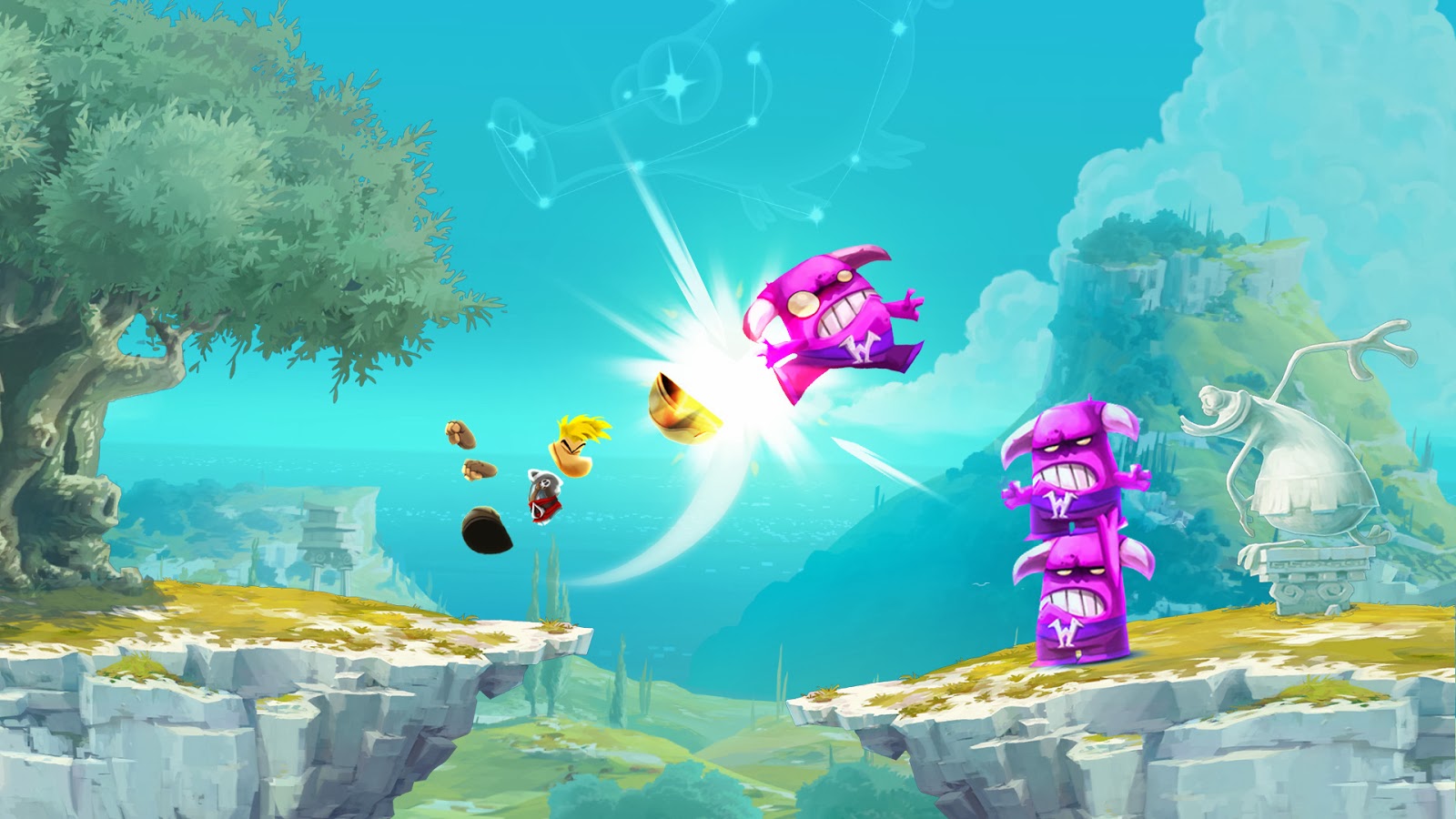 This is technically an update to the already excellent Rayman Legends that released last year. If you read Matt’s review, you can tell he too had a good time playing it. Rayman Legends is effective on so many levels, ranging from the brilliantly detailed and animated visuals to a charming soundtrack and tight controls. So on a technical level, Rayman checks all of those boxes nicely. However, if it just left off there, I might find myself struggling to stay interested in the game.

Thankfully, there is a lot more going on here than just simple running and jumping. Certainly these are the core mechanics, but there is a sense of exploration as you try to find hidden passages or power-ups that keep you alive a little longer. Boss fights require some trial and error (in my case, lots of error), but feel rewarding upon completion. You can zip through levels and make the game as straightforward as you like, but you can challenge yourself to try and complete puzzles and more difficult rescues as well. 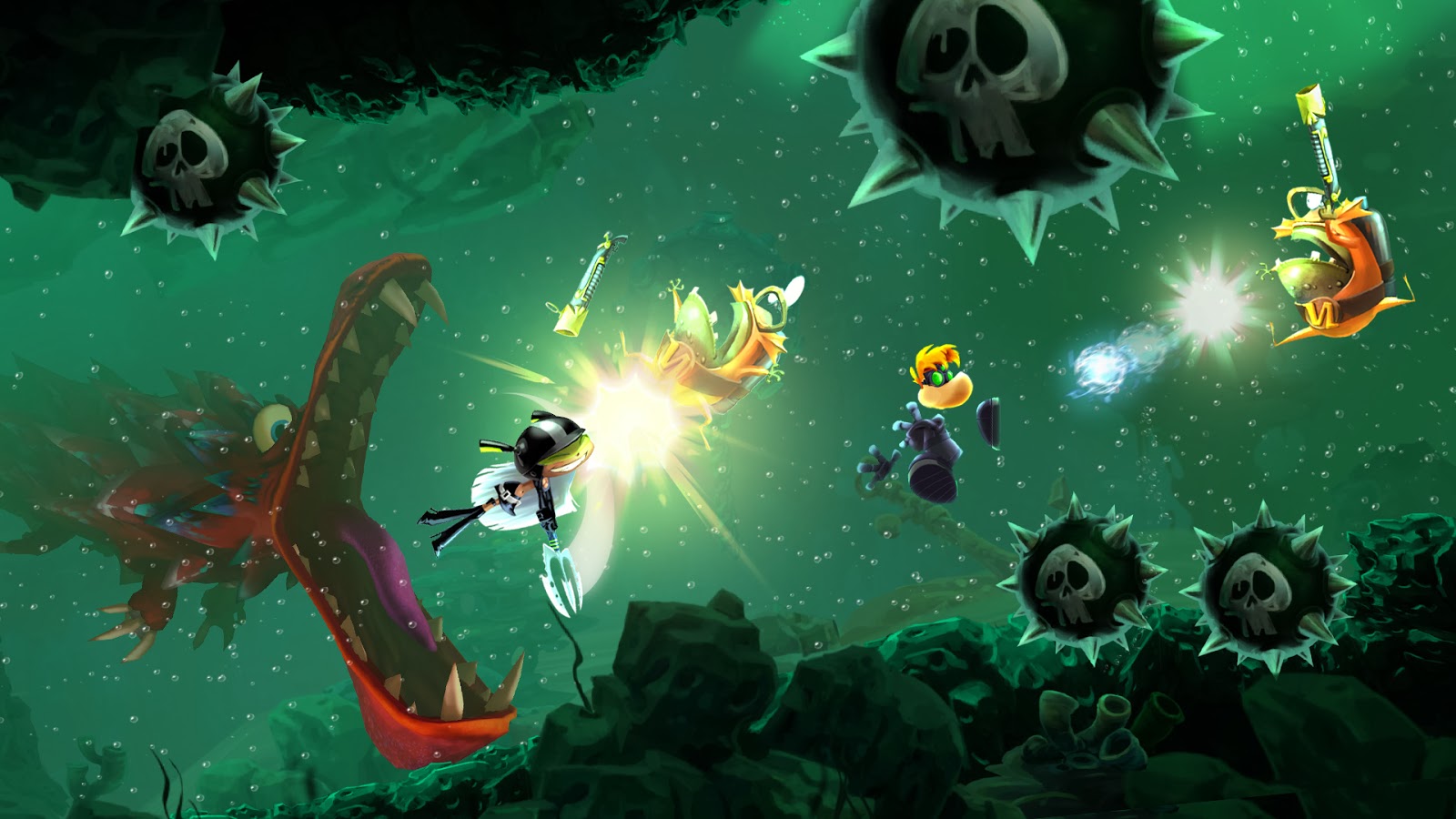 Rayman Legends manages to strike a delicate balance between difficulty and accessibility. Reflexes certainly played a part in my success (and failures), but so did how I approached some of the levels mentally. Friendly checkpoints and a lack of life totals might make this game seem too easy, but some of the tougher platforming elements still took me a dozen tries to figure out, especially on levels where there was more to do than just run and jump. For example, some of the levels give you an assistant of sorts, who lets you manipulate obstacles in front of you before you reach them. Sliding a platform back and forth or up and down and cutting a rope so you can swing across an opening all the while you are platforming definitely required some manual and mental dexterity.

Wonderful effects like bouncing from the foreground to a distant background and runs where you are facing a limited time (due to environmental hazards like a fiery wall steadily creeping in on you). Along the way you collect enough points to unlock new zones of increasing difficulty. Some levels, like a musically themed one are beyond charming and had my living room laughing at the zaniness and each person asking for a turn when I was done.

In case the primary adventure was not enough to pique your interest, Rayman Legends also packs in a few other goodies. On the Xbox One you can try to unlock ten limited time achievements wrapped around a series of challenges available for a short time. The daily challenges that allow you to try and do ‘distance runs’ against other players vying for the top spot of a leaderboard also give you a sense of competitive community. Want more competition? Try the soccer game, which was a blast in local co-op. Beyond unlocking levels, you can also unlock additional characters and gain pets through a lottery-like scratch-off game. 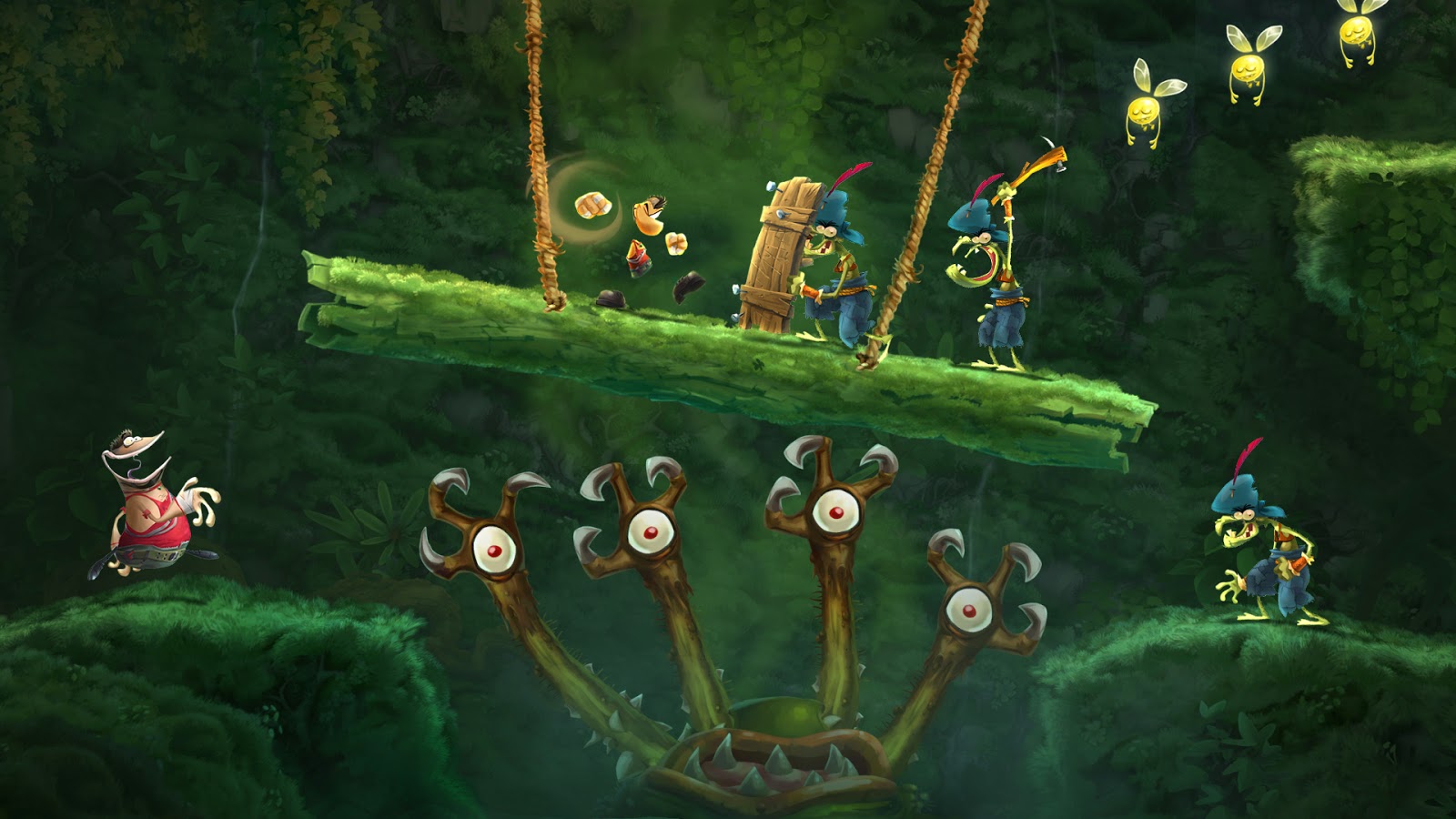 There are two particularly notable advantages to this new Xbox One re-release. The first is of course, updated visuals. The bright colours and detailed animations go from pretty to popping off of the screen gorgeous. Also, the load times are almost non-existent. The ability to pop in and out of levels or modes of play so quickly keep everything moving. This may sound like a small thing, but let’s be honest here – no one wants to stare at a loading screen any longer or more frequently than they have to.

If you are a fan of platforming games, Rayman Legends should be a pretty easy acquisition to justify. Even if dozens of levels of running and jumping usually are not your thing, there is enough quality content here to make Rayman Legends worth your while. No matter which camp you fall into, Rayman Legends on the current generation of consoles is the best platforming experience of this early 2014 year.