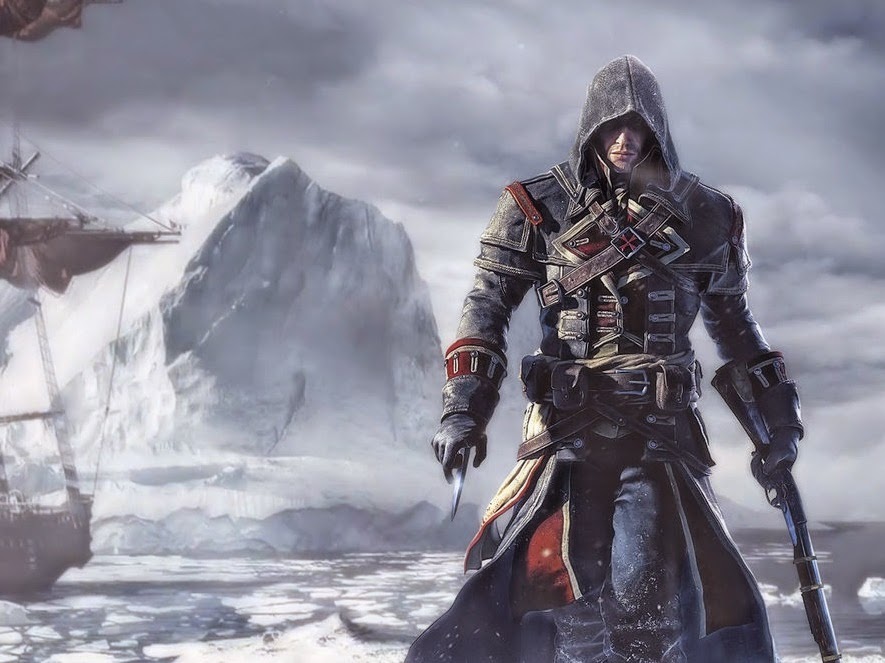 Forget Assassin’s Creed: Unity (well, don’t, our review for that game is coming soon, and we want you to read it). Rogue is the Assassin’s Creed game to buy this year. Actually, aside from Liberation, it’s a strong candidate for the most creative game in the entire franchise.

Liberated from the need to be the Assassin’s Creed game for the year, Rogue has been allowed to fly under the surface as “just a last-gen” game. And as so often happens (and as happened with Liberation), freed from the budget and commercial demands to a great extent, the teams that worked on Rogue have been able to be more creative and take some risks with this game. As it turns out, the risks universally work.

Set after Assassin’s Creed IV: Black Flag, but before Assassin’s Creed III (how’s that for a trilogy delivered in the wrong order), Rogue stars Shay, a swarthy dude with one of the sexiest Irish accents I’ve ever heard. The dude starts out as a member in good standing with the Assassins, taking down Templar targets as we have seen play out in so many Assassin’s Creed games before. 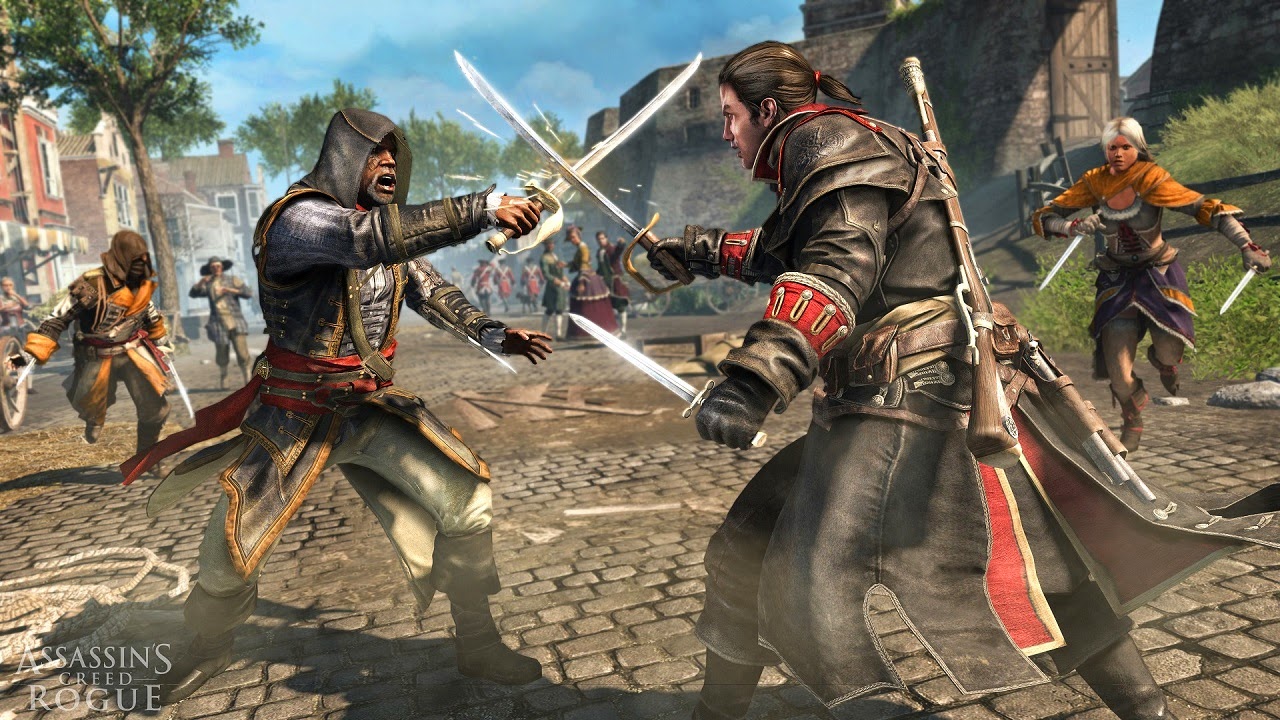 But Shay’s a bit different. Soon enough his unflinching support of the Assassin’s order is brought into question when he’s been told to do some questionable things. He falls into a moral quandary, and finds himself increasingly at odds with what he’s been commanded to do. And then he does the unthinkable. Through the game’s surprisingly tight script we’ve got an adventure that ventures into some pretty dark places. Rogue isn’t like other Assassin’s Creed games that offer a narrative that is little more than a game of cops & robbers with some sneaking thrown in. Instead, there’s a distinct undercurrent of anger that permeates through the narrative from the outset, as it asks some tough questions about the morality of the entire order of Assassins and notions of loyalty and trust. It’s compelling almost from the outset, and we’ve never seen Ubisoft so willing to take the “good guys” of its most valuable franchise, and air all of its dirty laundry in one go. Make no bones about it – this game will make you question the motivations of the entire Assassin’s order, and question some of what you’ve experienced in previous games, and that’s an incredibly risky narrative strategy in a blockbuster franchise, where audiences typically expect things to be nicely split into what is ultimately a black-and-white dichotomy.

Because the game is so reliant on deconstructing expectations of both Assassins and Templars, it helps that Rogue has a direct heritage to draw on, and I can’t recommend this game to anyone who hasn’t completed the other North American-set Assassin’s Creed games, at minimum. With Ubisoft using this setting and historical time period for four full games (and one DLC side-narrative), there’s a host of characters and in-franchise historical events to play on, which the writers have taken full advantage of. The Assassin’s Creed games have always reworked real history as Koei Tecmo’s Samurai Warriors or Dynasty Warriors franchises have, but it has always done a good job in appropriating just enough real history to mix in with its fabrications. With Rogue, we are lucky to get both – we get the real history elements, as well as the creative works of a bunch of previous games to contextualise Shay’s own exploits.

We’ve seen other developers use previous games in the franchise to equally powerful effect. Bethesda’s Skyrim, for instance, was in part so compelling because the narrative and background to the game was informed by four previous games. There were entire libraries of in-game history in that game. And that was one advantage that Skyrim had over more recent settings, such as Bioware’s Dragon Age: Origins; in Skyrim, players had a connection to the game’s long history to draw on before they even started playing. So too are we already invested in the story of Assassin’s Creed: Rogue from the opening seconds, because we’ve already become so in-touch with the world and characters from the stories of Connor, Aveline, and Edward. I hope that Ubisoft does turn each of its settings into multiple game mini-franchises in the future. Perhaps the follow up to Assassin’s Creed Unity could have a Cossack running around Russia in winter taking down targets from Napoleon’s army. 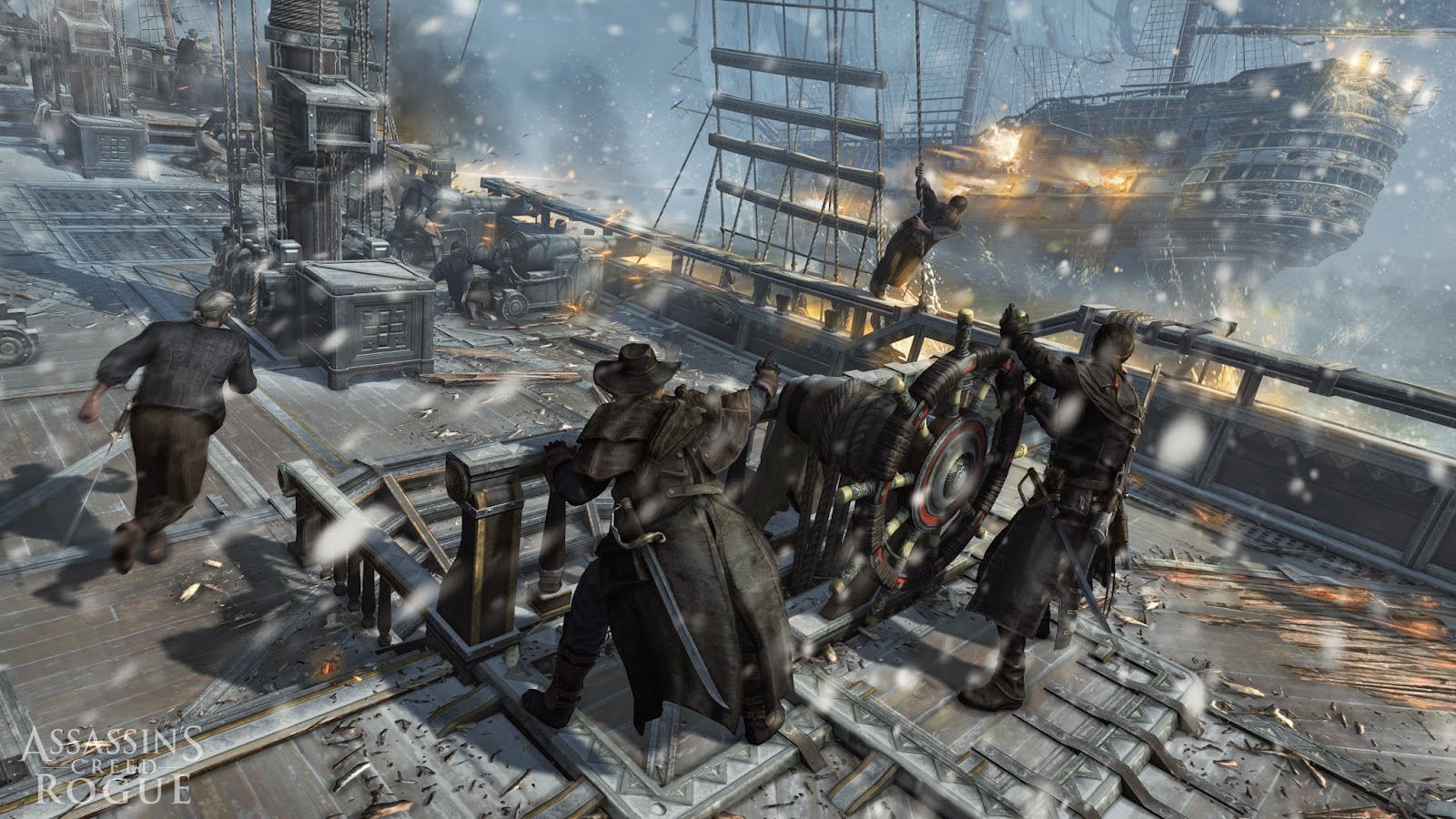 Actually that would be the the most compelling Assassin’s Creed setting yet.

But back to Rogue. While it’s set in the same approximate time period as Liberation, III and IV, we’ve got a different setting to play in this time. Rogue takes place in the north, where it is both cold and unforgiving – an adequate parallel to the harsh, frozen narrative tone if ever there was one. The core gameplay leafs from Black Flag, in that Shay is doing a lot of sailing around and exploring relatively tiny towns and cities as he performs a range of missions that will be immediately familiar to anyone who has played an Assassin’s Creed game before. There hasn’t really been much done to upgrade any of the gameplay systems, though there are some small tweaks to ensure that the ship-to-ship combat is even more exciting than before, and the tweaks to the melee engine gives hand to hand combat even more impact.

I’ve been playing Unity at the same time that I’ve been playing this, and it’s worth mentioning just how empty the villages and cities are in Rogue’s engine. What was once impressive for sheer scale (and Black Flag was incredibly impressive when it was current), the open world of this trilogy (and Liberation) is now limited by comparison to what the Unity engine is capable of at its best, and to be honest it’s a little eerie wandering around some of the smaller villages in Rogue that are empty aside from a shop keeper or two and all the soldiers to take down. Even Rogue’s largest cities are positively empty, and it’s good to know that cities will never be this empty in open world games again. It doesn’t ruin the narrative of Rogue, but the tiny populations do dampen the game’s environmental storytelling.

On the other hand, because this is a familiar engine to Ubisoft’s development teams, it’s also far (far) less buggy than the shiny new one that was used in Unity. As an open world game there will always be bugs, but Rogue’s engine still manages to look pretty and grand without nearly as many immersion-breaking quirks. Were it not for the hopeless AI that did some crazy things sometimes, I can’t actually recall any other specific moments of instability. 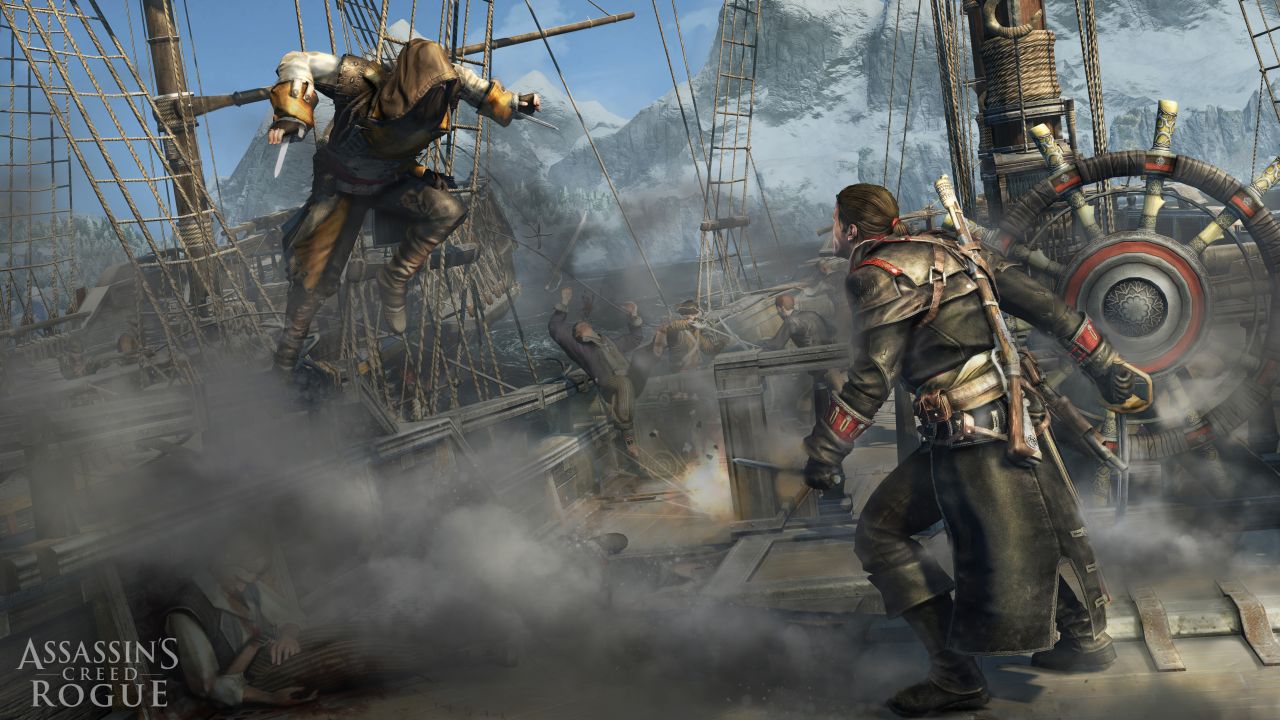 Yes, it’s a game that looks aged on release thanks to the decision to drop it on last gen consoles (though I’ll bet my house a remastered version of the entire trilogy lands on the new gen consoles at some point… hopefully with Liberation as well). But Rogue has something much more important going for it – it has an intelligent and often risky lead character for the first time since Liberation, and the most edgy and envigorating narrative that we’ve ever seen from the franchise. Shay’s anger, and his utterly compelling story to justify the anger and turn him into a sympathetic character, makes Rogue a game unique in tone. It is something Ubisoft needs to learn about its games on a very fundamental level: when the company isn’t sanitising its narratives and characters to target a Call of Duty-sized blockbuster, it makes better games.