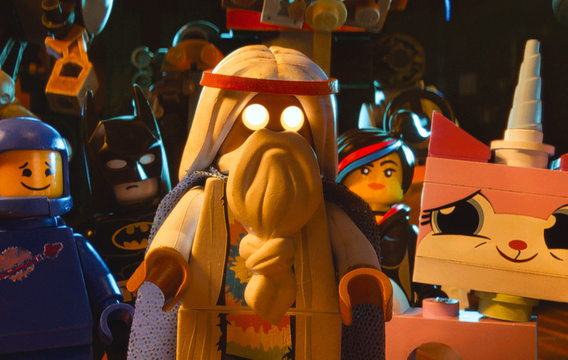 It was bad enough when Disney did it. It was even worse when Nintendo did it, by doing it at such low quantities that there were worldwide scarcity on launch day.

What am I talking about? Turning physical toys into physical DLC packs for video games. The Disney Infinity miniatures have been brutal for people who are fans of Disney (though I have Donald Duck, so my life is complete). The Nintendo Amiibo miniatures are even more brutal for people who buy into Nintendo games and consoles, because each Amiibo is sold out on the day it is launched (I’m anticipating riots once the Yarn Yoshi Amiibos land)

But both of those franchises pale in terms of sheer collectability to LEGO. LEGO is all about collectability, and the moment Warner Bros. announcing LEGO Dimensions, I think we all felt a disturbance in the force, as though millions of parents simultaneously screamed out in pain.

LEGO Dimensions will be utterly brutal on the wallet. As with the likes of Skylanders and Disney Infinity, players will buy themselves a physical portal with the base game, and then by placing special LEGO minifigs on the portal, they will summon into their game various characters and objects to play with. In other words, these miniatures will act as physical DLC, and fans of the game will need it all in order to see and experience everything that Dimensions has to offer.

Already Warner Bros. has promised that there will be LEGO miniatures to go with DC Comics, The Lord of the Rings, The Wizard of Oz, LEGO Ninjago, Back to the Future and The LEGO Movie. The base pack will include a couple of miniatures, as well as the Batmobile, but after that you’ll be on your own to buy the rest up.

The game itself is being developed by TT Games, the same developer that has handled all the major LEGO releases in recent years. That fact alone all-but guarantees quality, but the big question will be just how expensive this all gets. Collectible LEGO minifigs are not cheap. The LEGO company itself has released a range of randomised miniatures, and these go for around $Aus5 a piece. This is cheaper than the Nintendo Amiibos, for example, which sell for around $Aus17 each, but then there is the potential for Warner Bros. and LEGO to have so many more miniatures to sell through this system… knowing full well that collectors such myself will buy into it all.

Anyhow, putting all that aside, the announcement trailer for LEGO Dimensions looks spectacular, and I can’t wait to get my hands on it. It’s going to be available on the PlayStation 4, Xbox One, Xbox 360, PlayStation 3, and Nintendo Wii U – yes, that’s right, a major publisher is releasing a game on Nintendo’s beleaguered console.

It releases September 28, and will no doubt be a hot item come Christmas time. In the meantime, enjoy the trailer!

Australia’s Government hasn’t got a cent for game developers, but blows $4 million on a propaganda film

Interview: What’s next for TyranoBuilder?