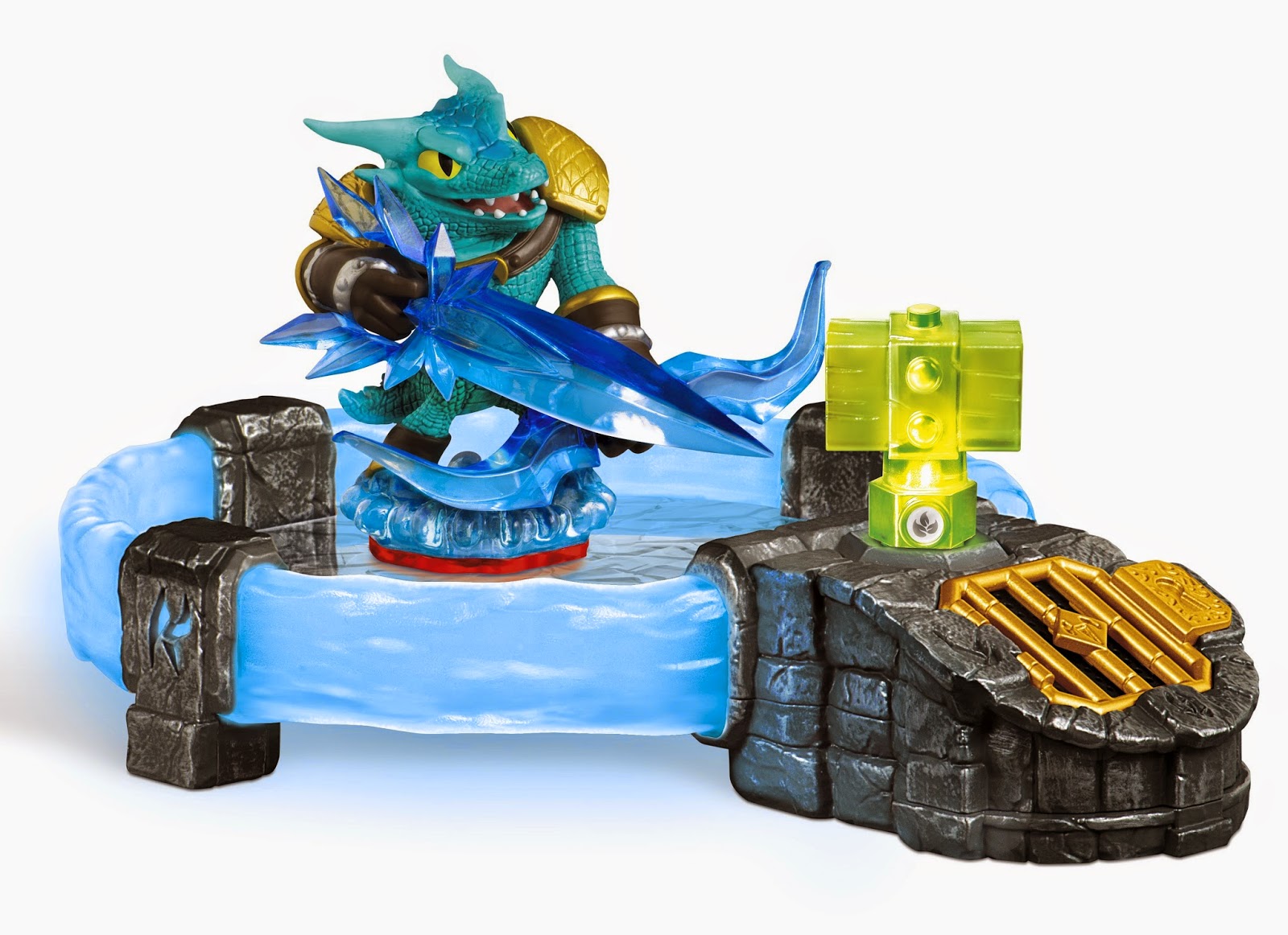 I feel a little sorry for Toys for Bob, the developers of the Skylanders franchise. After coming up with what was nothing short of a brilliant commercial idea (a game that relies on collectible miniatures!) Skylanders proved itself to be too popular.

Now Skylanders needs to compete with not only the might of Disney, which has a fan base so loyal that they would literally buy poop if it had Mickey Mouse ears, but Nintendo’s decided to join the party too with its Amiibo line… and anyone who thinks that Mario and Zelda miniatures are going to be anything short of a resounding success needs to have their heads checked.

Because the outlay for these kinds of games are so expensive (there’s only so many plastic miniatures that you can spend money on before you start to feel like a horder, and most parents are sure as hell not going to buy into multiple series for their kids), Skylanders has gone from being the only player in this particular party to one with incredibly stiff competition. 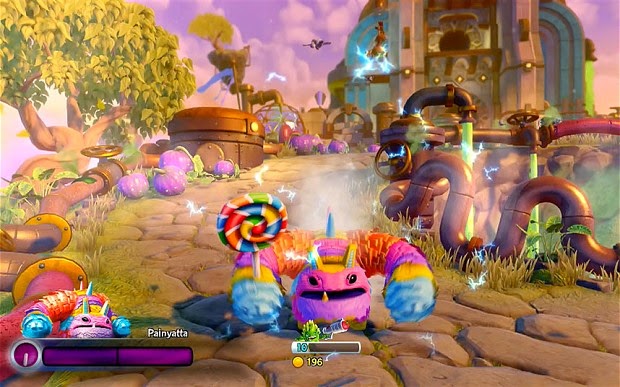 Trap Force is the latest in the Skylanders series, and while it’s not the most innovative game, it’s the kind of game that kids who are already fans of Skylanders will get right into. As with previous games in the series players will slam down miniatures onto a specially-designed “portal,” and this sill summon that miniature into the game world. They can then control their toy and use him/ her/ it to explore some basic, light puzzle platform environments.

The presentation of the toys and portal are gorgeous The plastics in use are high quality and the miniatures look like a perfect replica of themselves in the game. Because there are areas within the game that are locked off to people that don’t have a miniature of the right type, Skylanders is constantly encouraging players to spend more cash in order to see the whole game, but it is worth saying that you can complete the story with the default starter pack. Within Trap Team there are also “crystals” that players can use to trap bad guys, and then use them in their adventures as well. These crystals do a great job in encouraging people to spend even more money on even more plastic things to be able to collect ’em all, but they do add variety to the package.

Skylanders Trap Team also does nail the kind of experience that young kids are into these days. The visuals, dialogue, and character designs all look like they’re something directly from a Sunday morning cartoon. This is of course par for the course with the franchise, and the additional power of the PlayStation 4 hasn’t been used as well as you might have hoped from one generation to the next, but the clean, bright colour and silly humour combine to create a game that’s inoffensive as you would hope for something that’s designed for pre-teen kids first and foremost. 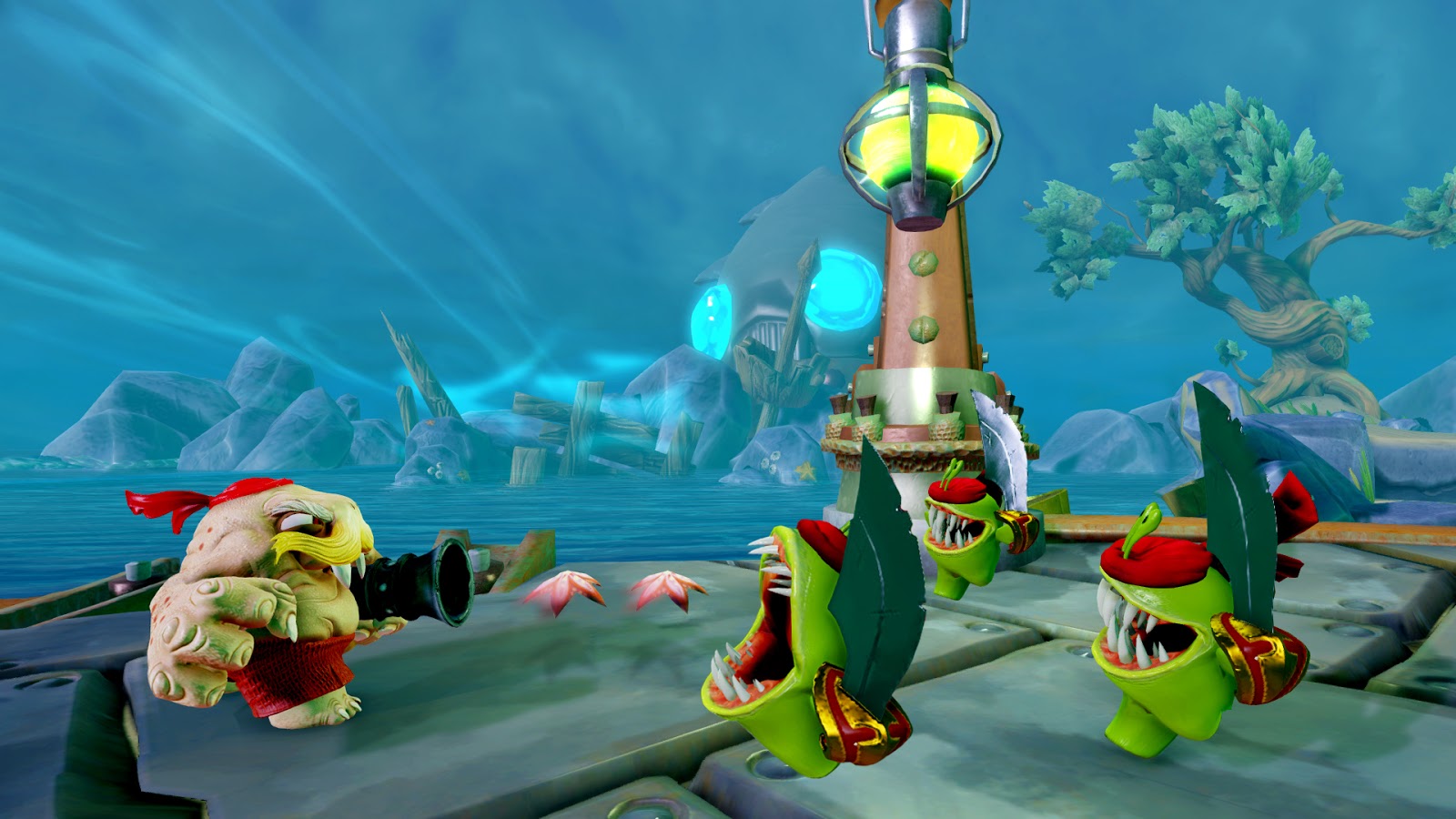 What I do really (really) like about Skylanders: Trap Team is that unlike so many games designed for children, this one doesn’t insult the intelligence of its audience. Far too often are children’s games designed so that someone with a lobotomy would be able to complete it. But children are capable of more, and the better children’s games understand this. Skylanders move fairly slowly and there’s nothing so complex to deal with as block buttons or combots to deal with in the combat (aim and fire and you’ll get through it). There are puzzles, which are simple, and platforming, which is also simple, but for all this simplicity it’s not like other kids games which literally play themselves out or are frightened to even hit the player with the lightest of challenges. There are even secrets to track down. No one is going to ever suggest that a kid’s game is some kind of epic experience, but the scale and variety is certainly beyond what most other kids games offer.

There is great variety in characters, levels and enemies to fight against as well, which perhaps reflects an understanding that children would have a limited attention span for repetitive action. This also plays into the constant encouragement to change the Skylanders miniatures on the portal – the more you have, the more you seem to be swapping between them. As an adult I find this approach all very ADHD, and I do prefer the more sustained experience that Disney Infinity (I still need to upgrade to the sequal) offers – the encouragement to spend a couple of hours in a single level with a single character gave me a more satisfying experience than constantly bouncing around with what I am doing. But, again, I do understand the wisdom behind what Toys For Bob did with this game, and it does make sense in the context of the target demographic.

A good kid’s game, film, or book is one that children can spend hours of time on. A great one is a game that children and adults can enjoy equally. Skylanders Trap Team is closer to Saturday Disney than Harry Potter, but that’s not really a criticism of it. It’s a highly focused game designed explicitly to fill up the Christmas list of the child in the household. But it is a well produced game, well above the standards of most children’s games, and those miniatures are highly collectible stuff. The kids will love having this under that pine tree.