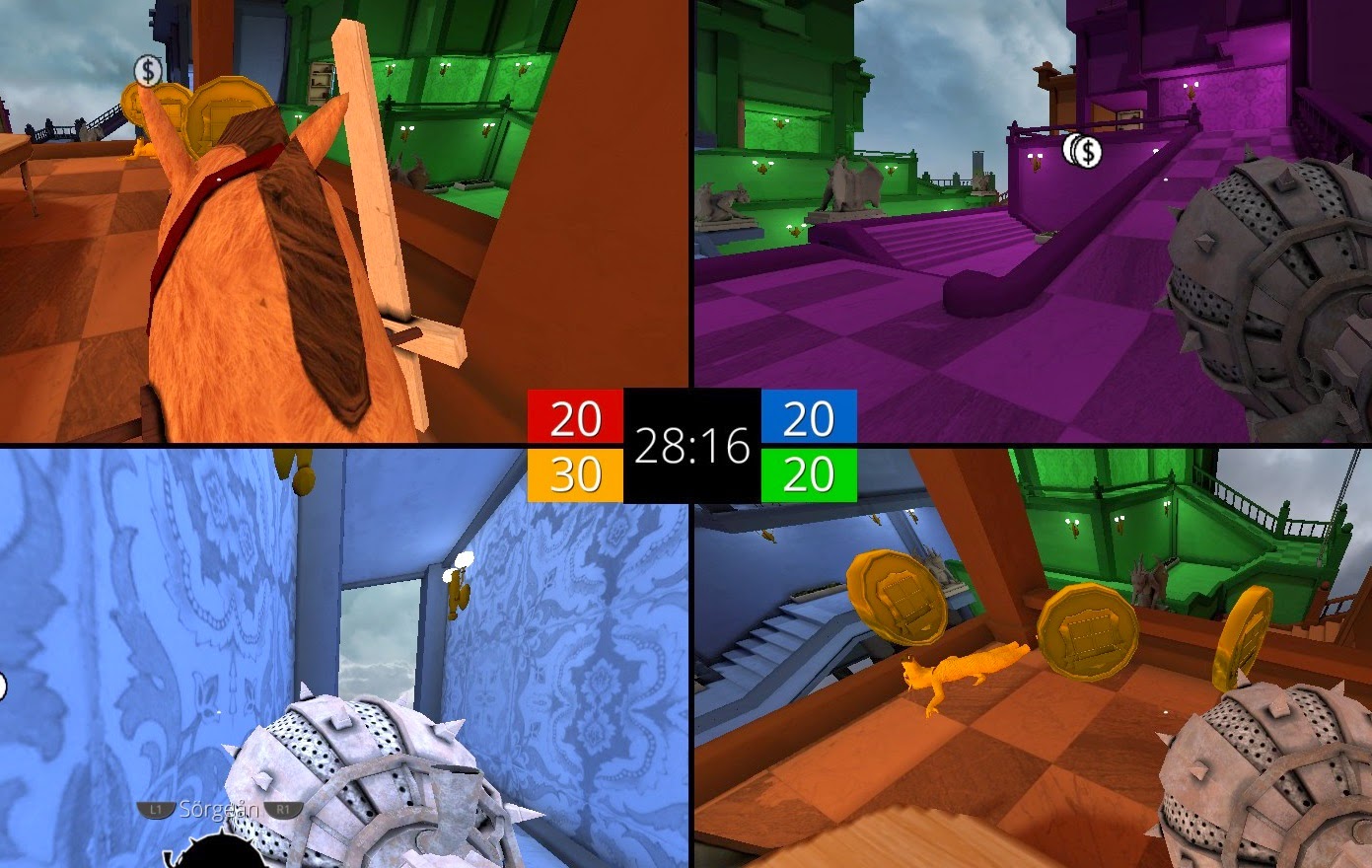 Screencheat was one of our favourite PC games from last year. As a multiplayer-only game it provided all of the necessary elements for a quality, classic local multiplayer experience; tight mechanics, well-balanced gameplay, and an entertaining concept that would allow competitive players to really get stuck into it.

The basic concept of the game is simple as things get; it’s a split screen multiplayer FPS, but with a twist; you can’t see your opponents on your section of the screen. Instead, you need to figure out where they are by looking at their section of the screen. Within moments of your first game the overwhelming memories of games like Goldeneye 007 will come streaming back, and before you know it you and your friends have ordered pizzas, grabbed yourselves a tank load of beer, and have settled in for a long session of multiplayer gaming.

Then, last week, the developer, Samurai Punk, announced that it was developing a PlayStation 4 version of the game. Now with ten maps and weapons, the game is surely going to go down well with the same kinds of people that enjoy the likes of TowerFall Ascension. 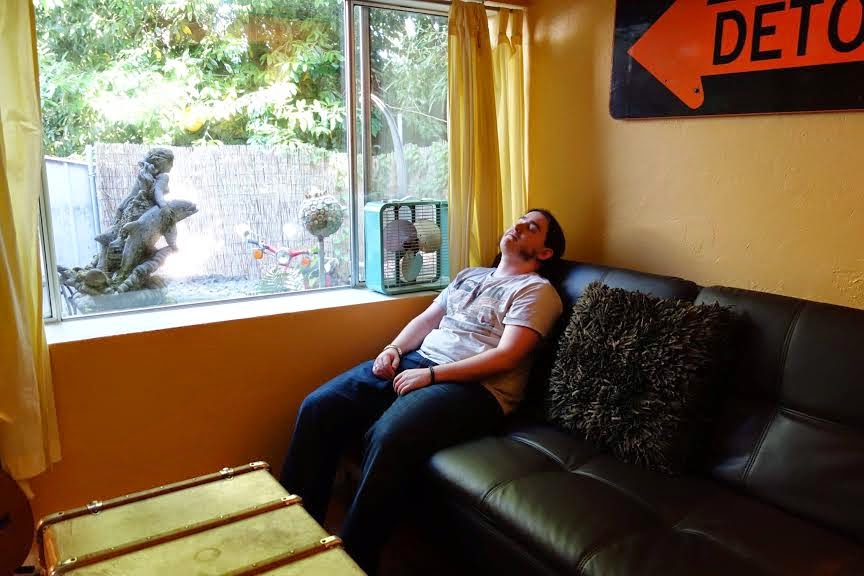 I sat down to have a brief chat with Samurai Punk’s Nicholas McDonnell about his team’s games, how they expect it to go on the PlayStation 4, and some of their plans for the future.

Digitally Downloaded (DD): Congratulations on getting Screencheat to console! Were you happy with how people responded to the game’s PC release?
Nicholas McDonnell (NM): Thanks! We were very happy to see the overwhelmingly positive response from the community. It’s been great to see both the competitive and casual communities develop around the game.

DD: Did you encounter any particular challenges bringing the game to console?
NM: Not really, since we’re developing on Unity the porting process has been fairly smooth and both Microsoft and Sony have been great in supporting our questions as we bring the game across.

DD: I love that it splits the screen into nice pieces for local multiplayer. It’s like a weird guns version of The Brady Bunch. There’s been a lot of talk about the decline in local multiplayer, but this game is best enjoyed that way. What is your take on the future of lounge room multiplayer gaming?
NM: I love it too and I think we’re going to keep seeing indies providing this kind of experience. I think local play will always have a place and there’s room for it to come back to places like bars or pubs as the general populace continues to accept games more widely. 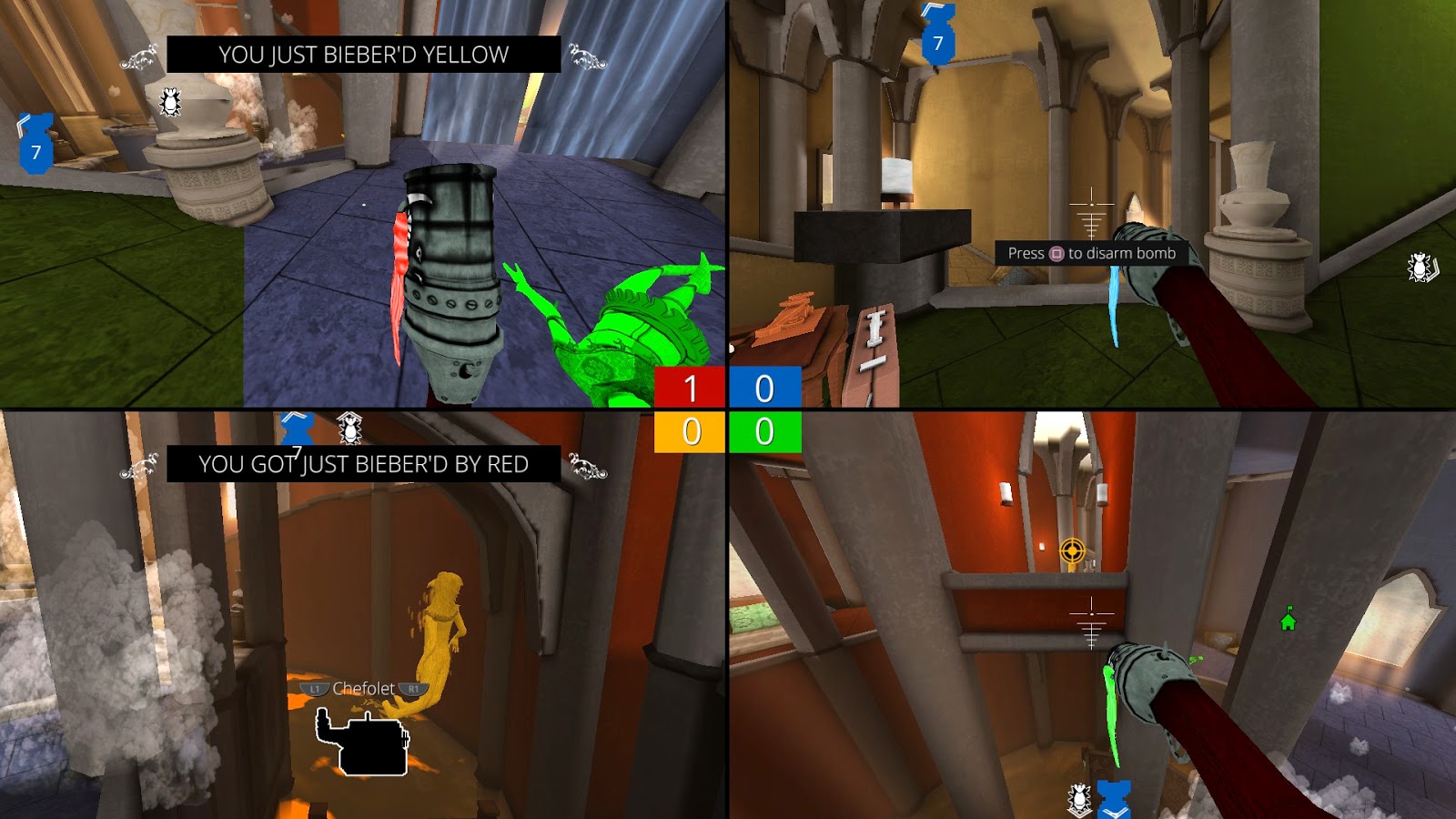 DD: Was the feedback from the PC version taken into account for the PS4 port at all?
NM: Absolutely, though we’ve been designing with consoles in mind from the start, with features like being able to invert your controls without opening the menus or showing players names on screen to make streaming from consoles easier came about after watching a lot of people play on PC. Additionally, since the PC release in October we’ve been patching to resolve issues as well as add content continuously since then, so the console version is going to benefit from over eight months of additional development.

DD: It’s a little disorientating at first, playing a game where you can’t see your opponents. What made you decide not to put a tutorial or single player game in, so that people can get familiar with the game before they start playing?
NM: What we found showing the game at loads of conventions and events is that the majority of players just managed to pick up the game and play, getting the hang of the game after a round or two at most. We’d been the designing the game to be pick-up-and-play so every element was focused so the core mechanic was the only thing players would have to learn when approaching the game for the first time.

DD: You have steadily been adding both weapons and stages to the game since its release. Do you have more planned?
NM: Yep, we’ve got another content drop planned which is looking like its going to be as big if not bigger than the last major update. 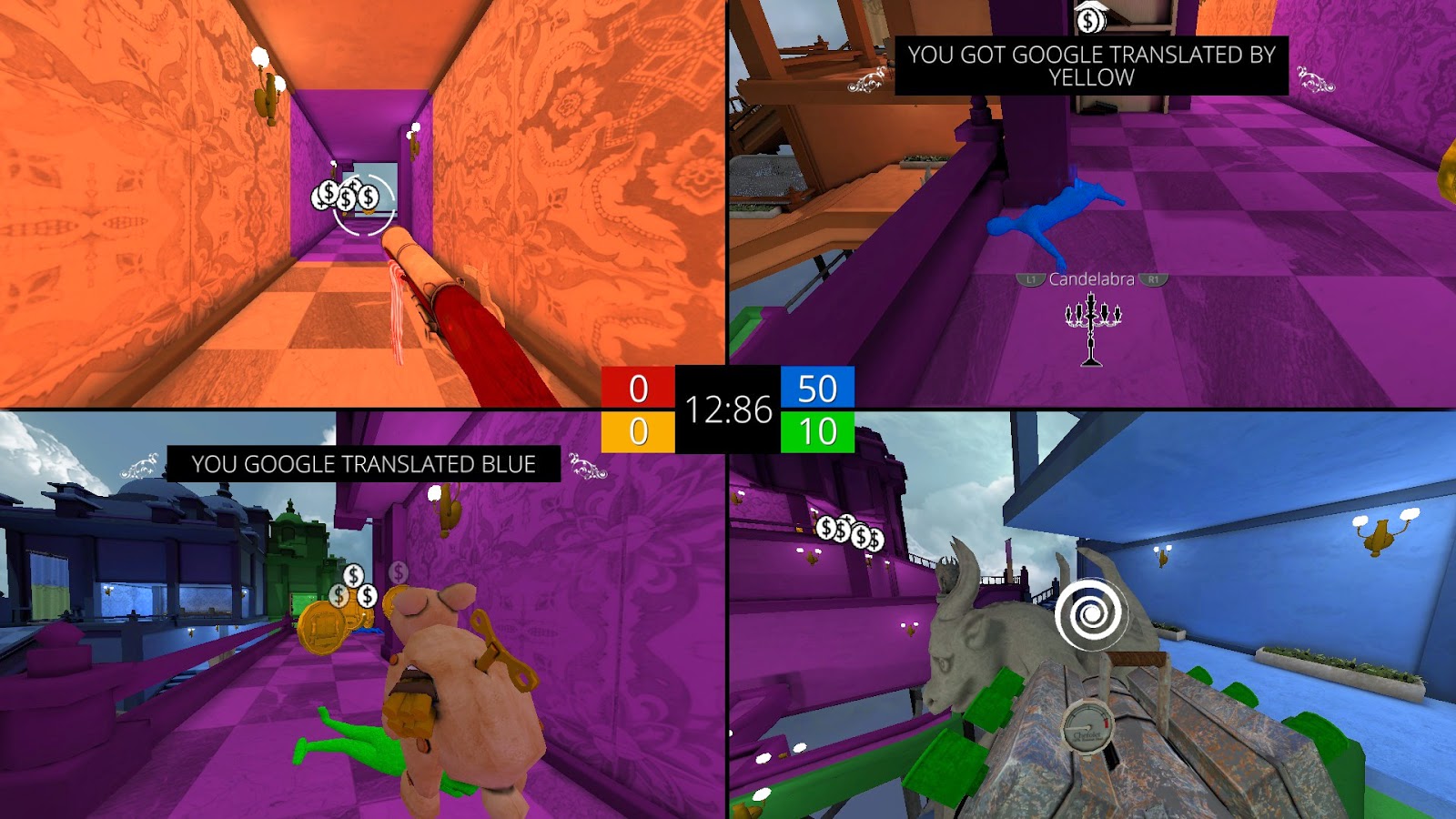 DD: What are some of the funniest moments that you’ve seen in Screencheat?
NM: I think the funniest moment was getting destroyed by one of our community members live. Now he has a quote from me on his steam profile in memory of my defeat.

DD: Though it’s a game for pick-up-and-play fun, there’s room to become good at this game through serious skill. Have you considered adding “eSports” like features to the game as well?
NM: We’ve mainly provided features to improve readability for streaming like showing player names in game. Though to improve the skill ceiling I’ve made sure all our maps have good room to allow for advanced movement paths and maneuvering. As well the diverse range of weapons we have allows for a good amount of competitive play with each weapons strengths and weaknesses showing through on certain maps or in the hands of different players.

DD: Looking further ahead, do you see potential for a sequel to the game? What kinds of ideas would you like to implement that weren’t in the original game?
NM: I don’t think we’d do a sequel, more than likely if the game is really well received on console we’d provide some more support in terms of content to show our thanks to the players.