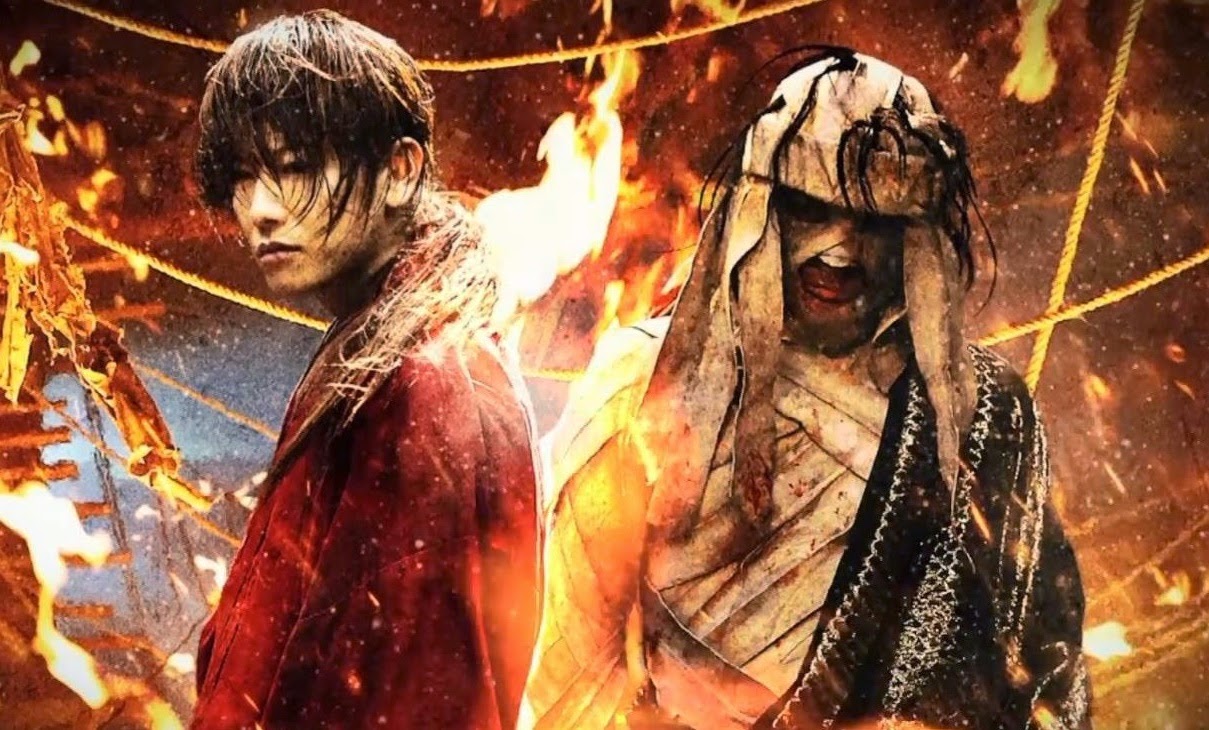 The Rurouni Kenshin series of films is what 47 Ronin should have been. Stripped of the formula that marks a Hollywood period film, and replaced with an actual understanding of the Japanese culture and philosophy (as you would hope, given that it is a film native to Japan), Rurouni Kenshin is authentic, believable, and a breathtaking fantasy, underpinned by a real history from a dynamic period of Japan’s past.

Having done away with the Tokugawa shogunate, Japan around the 1850’s was going through a period of dynamic modernisation. The country emerged from its strict isolationist stance to become part of the broader global community, and with its new Meiji government, started swiftly adopting elements of culture from overseas. Men started wearing pants, rather than traditional garb, for example. Guns, which had for centuries been a relatively small part of Japanese armies, really began to render the kind of melee combat favoured by the samurai obsolete.

It was almost a time of mourning, as Japan shed values dear to it to embrace the future, and this has been captured in films in the past. Tom Cruise’s The Last Samurai, for example, did a surprisingly decent job in reflecting the nuance of Japan’s melancholia over losing much of its heritage, and what drove that film came out of this time period. As with any dramatic period of change there were significant portions of the community that wanted to hold to traditional values, and as a result Japan through this era was socially and politically tense, as tradition and modernity squared off against one another. 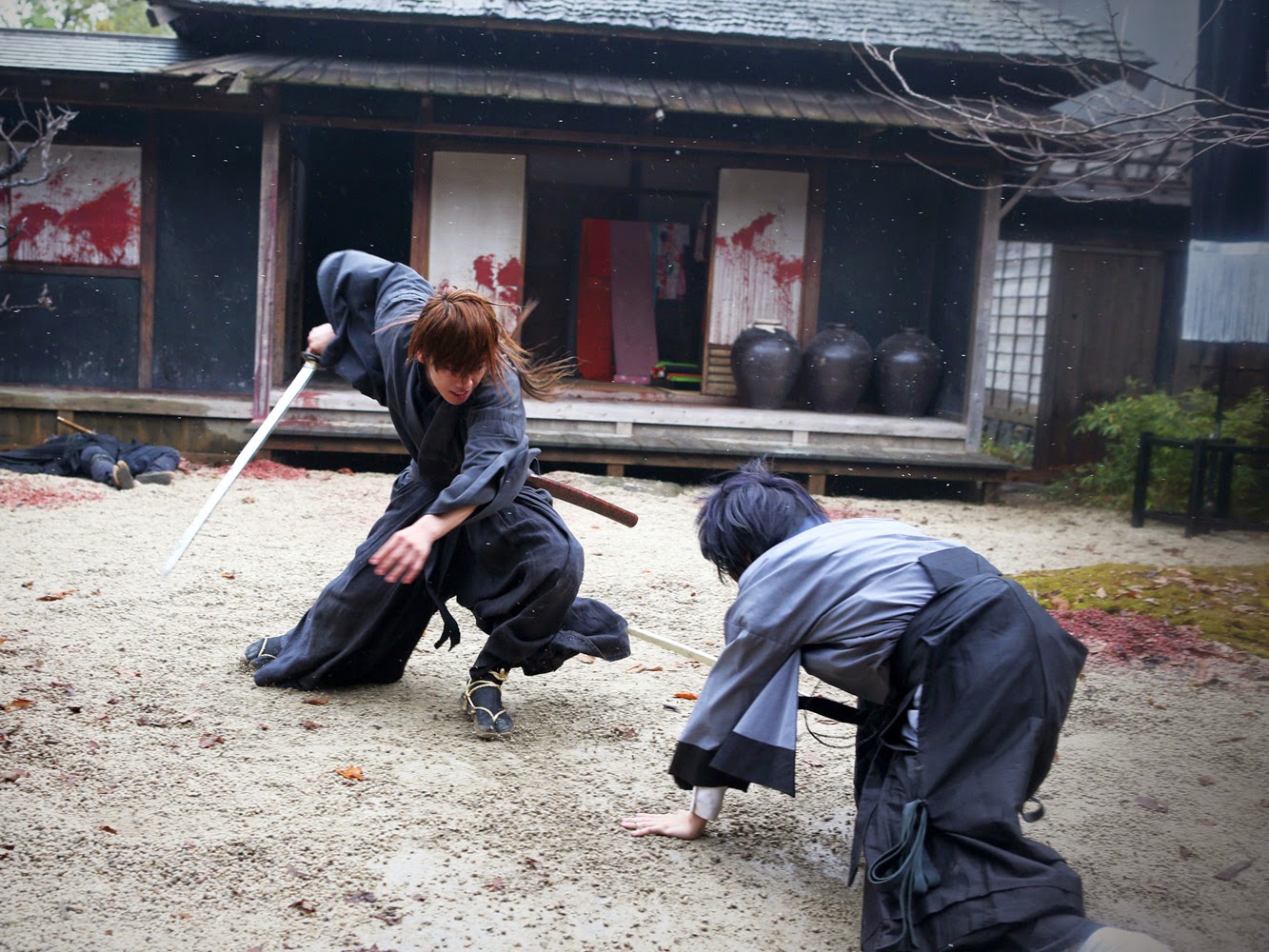 It is this tension between tradition and modernity that underpins the drama of Rurouni Kenshin. Kenshin himself is a character of fantasy, a manga character with talents and powers not dissimilar to Batman, but he was based on a real-life assassin samurai famed for his incredible skill with a sword (I guarantee you that you will find no more awesome hero than an assassin samurai). The real man’s name was Kawakami Gensai, if you’re keen to read further. He had sworn off killing and become a hermit living in peace, but compelled into working for the fledgling government, it falls to Kenshin to protect Kyoto from an impending attack by another, equally powerful assassin and his legion of mercenaries and soldiers that want to see the shogunate restored.

This setting provides ample opportunities for flashy sword fights and duels, which it takes full advantage of, as well as the opportunity to represent Japan’s great love of Japan. With the pants-wearing new Japan portrayed as either doddering old fools or violently effective but empty soldiers, the heroes and anti heroes alike are the ones to be admired, and they universally represent the “old face” of Japanese culture. Even with the guns, strength and bravery continues to be the ability to face an opponent down, face-to-face, and the film makes a big deal of musing on honour justice, and other such topics that have forever conflicted the great thinkers from Japan.

This love of tradition is perhaps best exemplified by the idea that the weapons that the heroes of Rurouni Kenshin wield have stories of their own. In Quentin Tarantino’s Kill Bill we saw a semi-satirical take on the reverence that Japanese culture has traditionally had for weapons, and the people that made them. In Kyoto Inferno there is a particularly long sequence that explores deep the relationship that warriors have with their weapons. This scene won’t necessarily make a lot of sense for people less attuned to the traditional Japanese mindset, but it’s capped off with a killer duel sequence, so it all will be forgiven at that point either way. 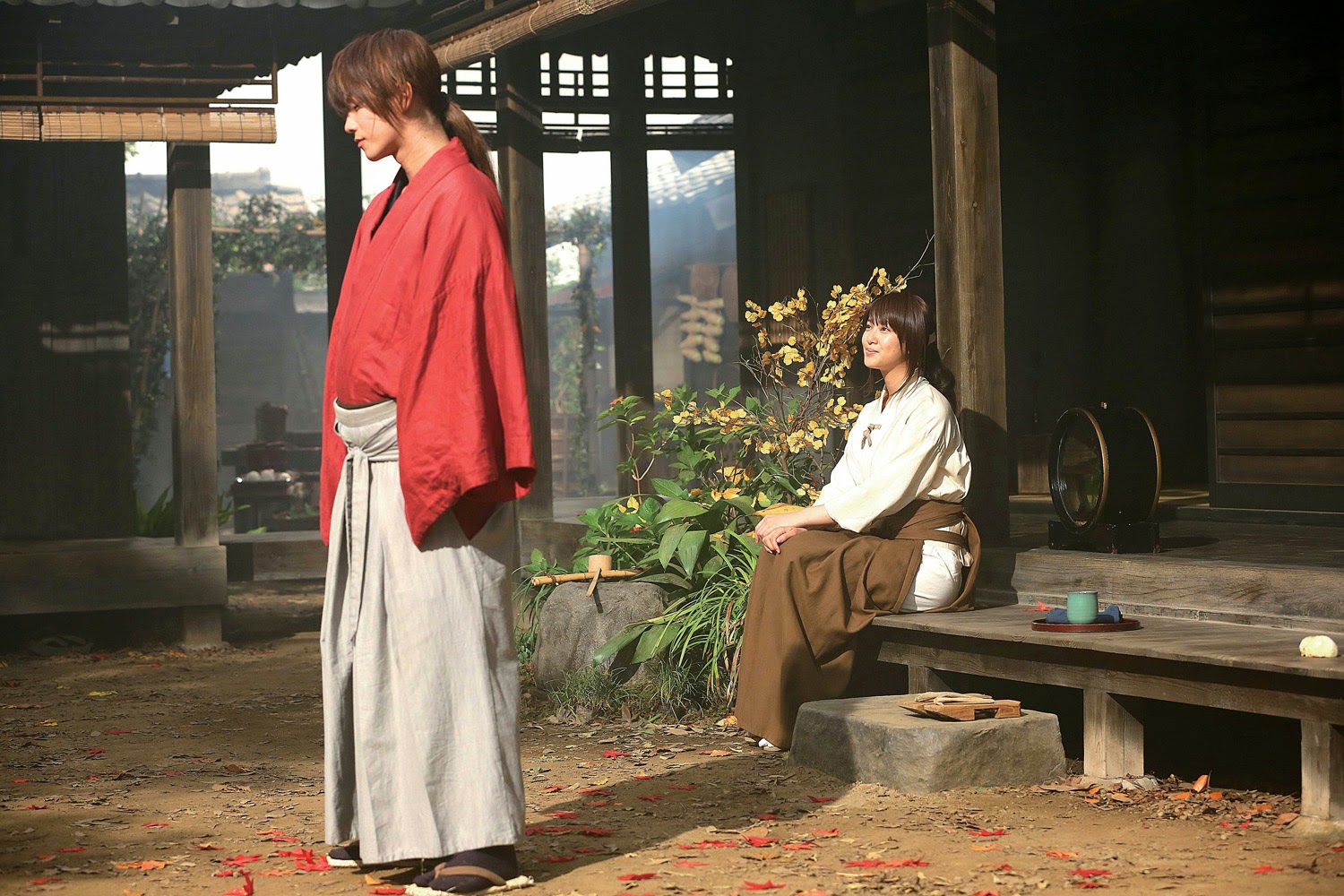 In taking on Takeru Satoh as the leading man, the producers of the Rorouni Kenshin series found the perfect Kenshin. Slight of stature and humble (while attractive) in appearance, the moment the man adopts a combat stance he demands respect. He’s also softly spoken, and does a brilliant job in representing the inner conflict of an incredibly violent man who has sworn off killing, and desperately seeks to maintain that balance in the face of sheer horror at what his rivals are doing.

Supporting performances are are all solid, but of course the real heroes of the film are two fold: they are the fight sequences, which are consistently masterful displays of swordplay, and Japan itself. Keishi Ohtomo is a relative youngster in film making, and has worked primarily in television, but he was the right pick for this particular film series. Confident in allowing the quiet and serenity of Japan itself contrast with the political strife, Ohtomo’s very direction represents the conflict between tradition and modernity that the narrative plays out. And, unlike many Japanese action filmmakers, Ohtomo doesn’t have a great love for violence. There’s some bloodletting, but this is no Takashi Miike or Kinji Fukasaku project, and it’s going to be very palatable to the kind of people that enjoy a Hollywood approach to blockbuster cinema.

My only real disappointment with the film is the way it ends. Kyoto Inferno finishes in the middle of a key scene, with absolutely no sense of closure. This is because it’s part of a two-part film, but the sequel, The Legend Ends, isn’t available locally yet. This means that you’re going to become very invested in what’s going on, only to be given the middle finger and told to wait until some time in May to pick up where you left off. 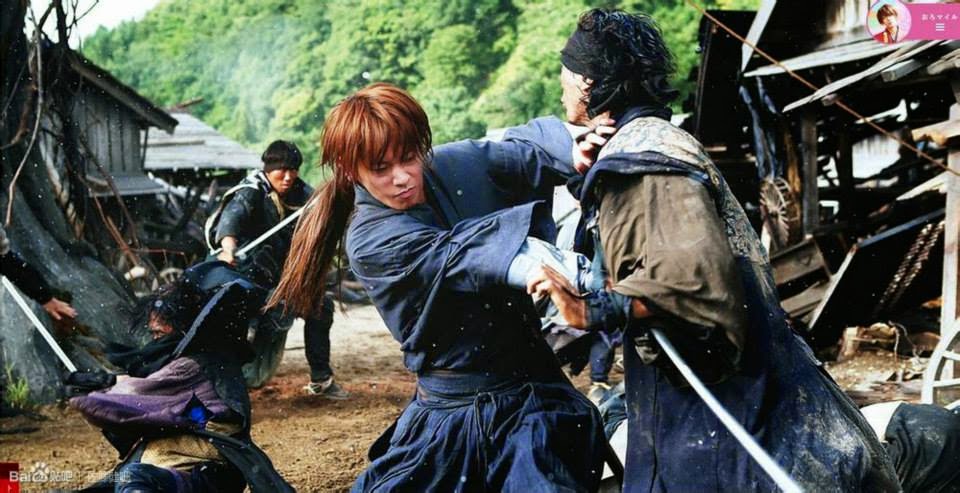 Say what you like about films like the Lord of the Rings or The Hobbit, Peter Jackson was masterful in making sure that each film, while leading to the next, at least provided a closure and ended on just the right note that minor story arcs were completed even as the grand narrative was left as a ‘more to come.’ But Kyoto Inferno finishes in the middle of a key scene, and that is perhaps Ohtomo’s television background coming to bite him: cliffhangers no longer work when the audience is going to forget about the film by the time the next one rolls around.

With that one criticism aside, I loved every moment of Rurouni Kenshin: Kyoto Inferno. It’s a mass of contradictions at times; it’s confidently Japanese while making comfortable use of Hollywood cinematic techniques, and it’s historically accurate while being a complete fantasy fabrication. But more than anything, it’s a breathtaking epic, and I will remain incredibly frustrated until I’ve had the chance to see the sequel.