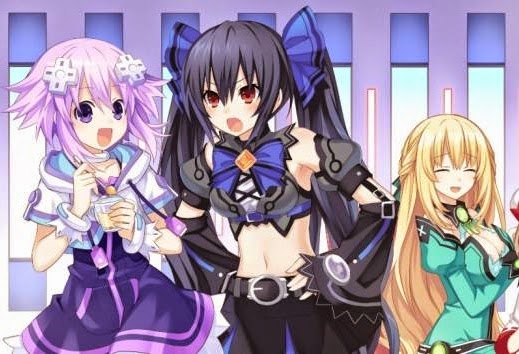 Hyperdimension Neptunia is clearly an important and commercially successful franchise for Compile Heart and Idea Factory. After three “main” JRPG releases on the PlayStation 3, ports of all three to the PlayStation Vita, and the first PC release in the franchise, we’ve also seen the publisher experiment with bringing the series to other genres, with an idol game already out in the market, and an action RPG on the way later this year.

But we’re here to talk about Hyperdevotion Noire, which takes the franchise on yet another tangent. Coming to us from the reliable Sting Entertainment (developers of the likes of Riviera, Baroque, and Knights in the Nightmare), Hyperdevotion Noire is a turn-based tactics JRPG, and while it might not be up to the standard of the genre greats like Fire Emblem, this latest effort does a great job in servicing fans and providing an entertaining, engaging game in its own right.

I had always thought the enemies of Hyperdimension Neptunia would work great as enemies in a tactics RPG, and as it turns out, I was right, as they make the move to Hyperdevotion Noire nicely. Each level throws crazy beasties that range from walking carrots through to parodies of Pac-Man’s ghosts and the space invaders. While there is a lot of palette-swapping that happens on a visual level (some ghosts are blue, others are orange, and so forth), each enemy does have different attacks and strengths, and the variety of opponents that the game throws at you is quite impressive. 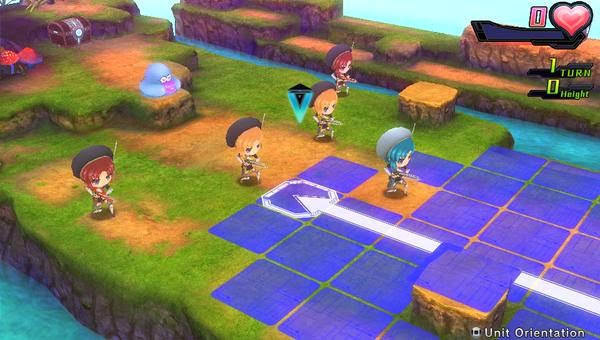 Equally, Noire does a superb job of keeping the variety in the level design varied and strong. Each mission has its own quirks that fundamentally change how it needs to be approached. Some levels feature moving platforms, or areas that are difficult to access in groups – in such levels you need to carefully select which character should lead the charge, as they’re likely to be swamped by enemies. Other levels force you to move quickly with imposed time limits, and still others feature nasty traps lying about the place.

Overcoming the environmental challenges is often more difficult than taking on the AI, which is very simple. Enemies will typically sit around and wait for a character to come into range, and while these enemies can be challenging on the higher difficulty levels, that is more because they have extreme amounts of health and do a lot of damage with each attack than because they require any particular strategy to overcome. Battles tend to take place on large battlegrounds that you’ll slowly make your way across, but as long as you still have all your characters by the time you’ve waded through to the boss, you should be okay. And while each character can learn a fair number of skills to use in combat, you’ll typically find yourself relying on just a few proven ones for each character. That much works just like the ‘real’ Hyperdimension Neptunia series, so veterans will be comfortable with the structure, but newcomers might find themselves a touch disappointed with the variety on offer.

Of course, as strange as this is to say about a tactics JRPG, with Hyperdevotion Noire, you’re going to either love it or find it deathly boring because it is so heavily focused on the fanservicey characters and the fanservicey situations they find themselves in. As with the ‘main’ Hyperdimension Neptunia games, this title is a top-to-bottom satire of the videogames industry, with the main characters each representing a console manufacturer (Sony, Microsoft, Nintendo, and somehow SEGA still hasn’t been demoted in this universe). This time around there’s also a greater emphasis placed on the peripheral characters, with “generals” serving the main characters, as personifications of individual games such as the likes of Metal Gear Solid, Street Fighter, Final Fantasy and Dragon Quest. The interactions between the Final Fantasy and Dragon Quest heroes especially amused me, because they very much play into the videogame industry’s own “Star Wars vs Star Trek” fan wars. 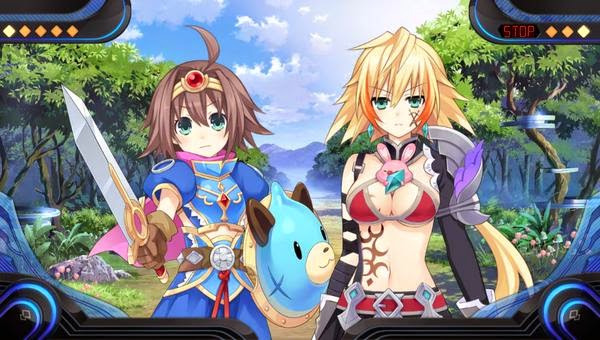 It’s a all-girl cast again, so all these characters serve two purposes – they allow the team at Sting to explore the political and social issues that play out in the games industry (though I didn’t find this game to be quite as sharp or edgy as the work of Compile Heart itself), and (perhaps more importantly), the all girl cast sets up all kinds of sexy scenes, and Sting takes this even further than Compile Heart does. Noire is the franchises’ most popular character, so the fact that she’s pictured naked in the shower except for a tiny bit of strategically-placed soap suds within the first couple of missions should be enough to tell you the kind of tone this game sets (and goes a long way to explaining the R18+ rating, though there are certainly scenes later on that render this one positively innocent).

As with the other Hyperdimension games, this exploitation is in itself a commentary for how exploitation works in the games industry. There’s never the sense while playing that the humour is going out there to reinforce the tropes or encourage them further, but rather to highlight through hyperbole that this is how female characters are treated in just about every game out there. Individual lines of dialogue and the narrative scenario itself isn’t quite written with the same clean dialogue that I am used to from the franchise, but I found it entertaining and provocative nonetheless.

The art style for Hyperdeviotion Noire is simple, but very effective. Chibi characters with oversized heads run around the level bopping monsters with special attacks that will be instantly familiar to anyone who has played any of the ‘main’ Hyperdimension Neptunia games. Amusingly enough given how completely SD these characters are, there’s still plenty of panty shots and the like, further building on the satirical nature of the game design – it’s simply impossible to take Hyperdevotion Noire seriously when it takes the sexuality of the series to even greater places of silliness that I would have expected possible of the series. 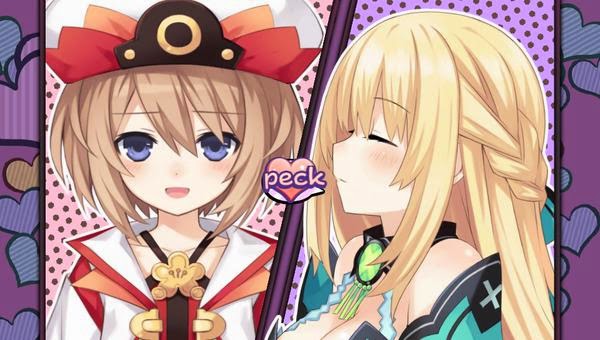 The downside is that unlike in a game like Fire Emblem, appropriating attacks from more traditional JRPGs means that combat plays out very slowly. Watch each attack and movement play out and the pacing of each individual battle plummets to a slow grind. It’s possible to skip these attacks, but that draws some of the personality out of the experience, and as a result, it’s hard not to wish that the team at Sting created more original and shorter, sharper attack animations to better reflect the difference in pacing in tactics JRPGs.

So it is not a perfect game and as you come to grips with its systems it stops being difficult even on the highest difficulty levels, but Hyperdevotion Noire is a deliberately silly, irreverent game that is hugely entertaining and technically competent. As someone who can’t get enough of the tactics JRPG genre, this is one I couldn’t put down.

I do wish it was about Blanc though. Blanc’s my girl.