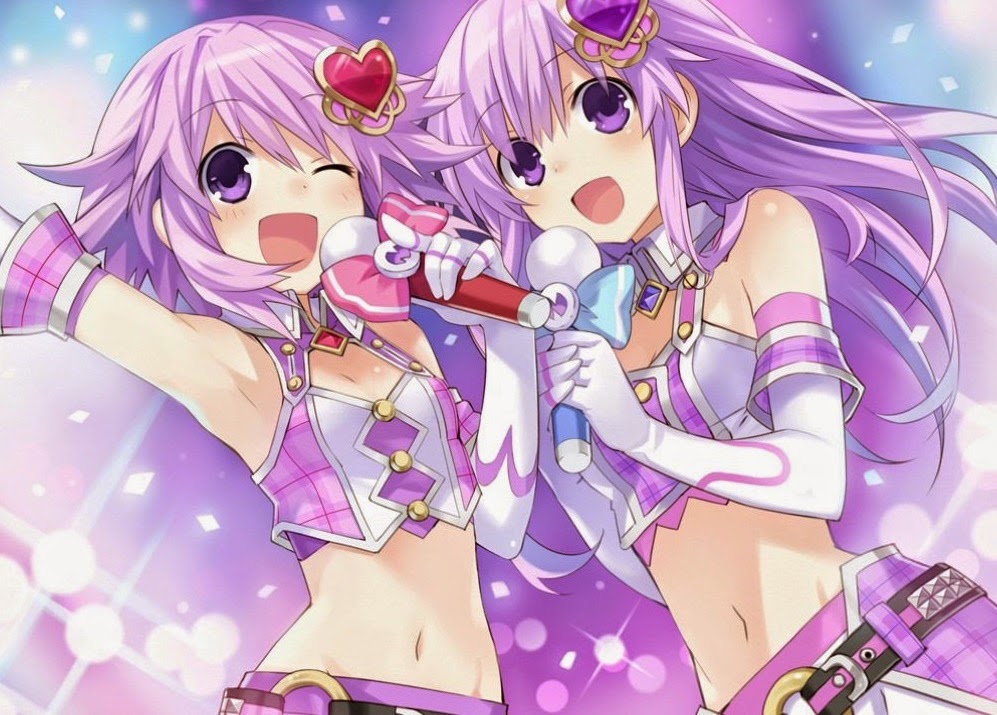 It’s safe to say that idol management games are an untapped niche in the west. They’re hardly mainstream in their homeland of Japan either, but releases such as the Idolmaster series in Japan have kept the genre alive and well.

Hyperdimension Neptunia: Producing Perfection is an attempt to blend the idol management sim with the crazy universe of Hyperdimention Neptunia, and it largely works. There’s a thin premise at the start that a idol group called MOB48 (a play on the insanely popular AKB48 in Japan, if you weren’t already familiar with idol culture) is stealing all the fans away from videogames, and so the girls from Hyperdimension Neptunia decide to become pop idols and steal those fans back. And that’s where you, as the manager, pick one of the girls and proceed to mange her career. 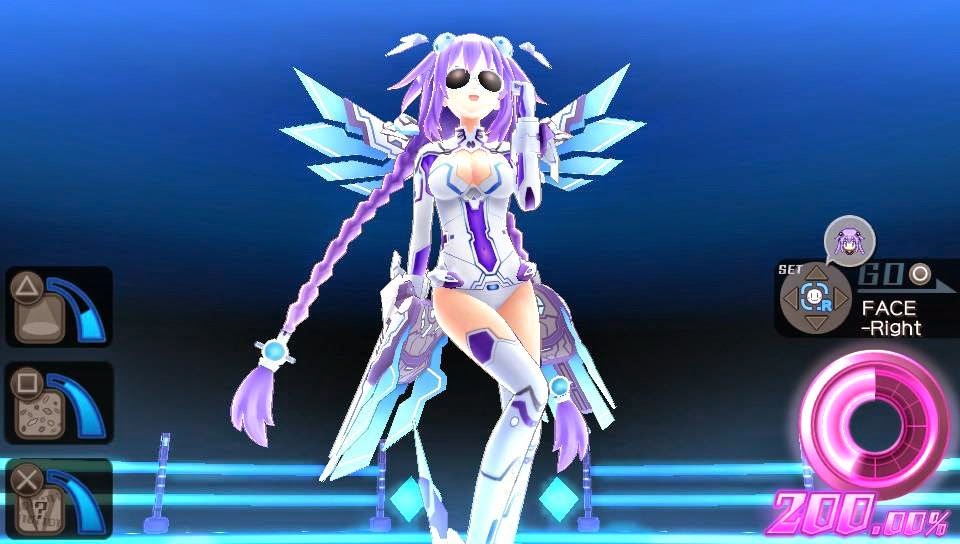 You’ll need to set the girl’s daily routine, and train up her skills in singing, dancing, and presentation. You’ll also need to manage your relationship with her, with better results coming as the affection meter grows. You’ll need to make sure she doesn’t get too stressed by having days off. Finally, you’ll need to organise for her to participate in concerts, and then act as the cameraman and set manager during the show. Eventually whichever girl you choose will be joined by the others and you’ll be managing an entire idol group.

That’s about all there is to the “gameplay” of Producing Perfection; a series of menus to pick what activity to do each day. It’s a very simple, very casual management game and is not dissimilar to the way dating games work, if you’ve ever played one of those. The game plays out at a gunshot of a pace, with in-game days literally flying by, and this makes it very easy for very short bursts of pick up an play fun.

Humour is very important to Hyperdimension Neptunia, and it plays out as you’d expect in Producing Perfection. The franchise has always been a personification of the games industry, with Nintendo, Sony, Sega and Microsoft represented as cute anime girls, and within that context the game never fails to deliver sometimes biting satire at each company and what it represents within the industry. Microsoft is the supposedly mature console manufacturer and its games focus on adult experiences such as Gears of War and Halo. In Hyperdimension Neptunia, Microsoft is represented by the sole character with big breasts and who outwardly displays a veneer of maturity, only for it to all melt away the moment she’s playing a game. 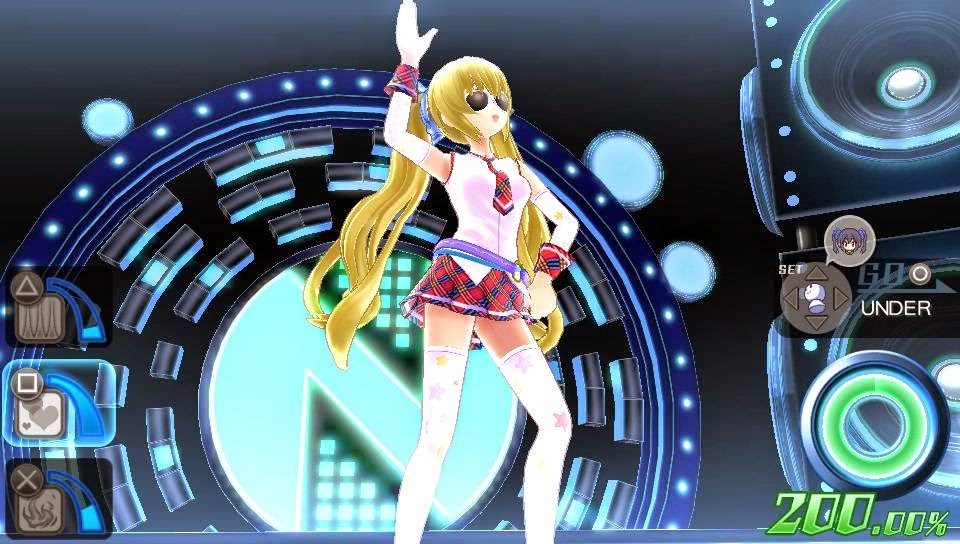 Nintendo, meanwhile, is represented by Blanc, a cold, distant woman that reflects the experience many have in working with Nintendo. She’s also plagued by twin little sisters, playing into Nintendo’s theme of being a family friendly environment for everyone. As with any Hyperdimension Neptunia game how much you get out of the narrative depends on how familiar you are with the games industry itself, and innumerable in-jokes will read as awkward at best to anyone less familiar with the rivalries between these console manufacturers.

Producing Perfection works additional layers into the narrative, however, because the game is more a commentary of Japanese entertainment culture in general than the games industry specifically. Producing Perfection is a satire on the very idea that entertainment is fickle and based purely on manufactured trends; that being good at anything in popular culture is simply a matter of dedicating some time to understanding how to properly tick all the boxes towards success. There is no room for creativity in this game, for instance; players follow a methodical process of raising up their girl’s statistics, and as they do that she performs for bigger and bigger crowds from a set list of available music tracks, and then she finds her popularity surging through the charts.

To understand how satirical the mechanics behind Producing Perfection are, it helps to understand how idol groups in Japan are manufactured. These groups are inevitably more famous for the girls themselves than the music they perform, and each of the girls conforms to a neat set of criteria that the producers check against before even hearing them sing. They actually rank each girl in the group based on how popular she is. Those within AKB48 live their lives to a strict regimen and set of rules. Something as simple as having a boyfriend can be a big controversy, as the producers of the group want to create an environment of fantasy for the fans. One girl shaved her hair off as an apology for being caught out on a date. It’s a sterile and carefully controlled life that doesn’t last long – people tend to leave AKB and other girl groups fairly quickly – but it’s proven to work and generate all kinds of sales and merchandising opportunities, and so these groups continue to operate this way. 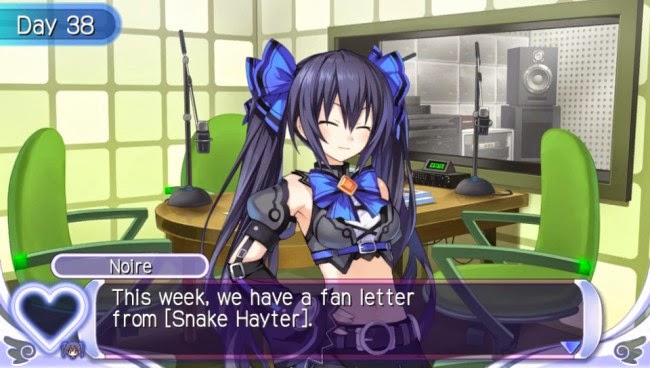 To the west, this all seems insane. To most Japanese, it’s a little like the response many of us have to Lady Gaga and her own carefully manicured success, but the point here is that the mechanics of Producing Perfection are a nearly perfect representation of how clinical and cynical popular celebrities need to be. Players tick boxes, and their girl’s fame rises. Others might argue that these mechanics are “too simple,” but I think in the context of satire they fit the theme perfectly in this game.

Oddly enough, given that this is a Hyperdimension Neptunia game and what’s more it’s an idol game, there isn’t nearly as much fan service as I had been expecting. Costumes and settings are more or less what you’d expect from an idol group, and while there are some very silly scenes, I didn’t encounter much that pushed boundaries as far as, say, CFW Trick from Hyperdimension Neptunis mk2, and nor are the fan service scenes nearly as common as we’ve seen in the past. The music is a fun series of remixes of games from the Neptunia series. Interestingly enough there are only a handful of tracks that can be performed in concert. I’ve seen a couple of people voice concerns about that, and I think it’s worth pointing out that the actual performance of the songs is not the focus of the game at all, so the lack of variety doesn’t bite as much as it would were it a rhythm game.

It was a bold decision by NISA to localise a game so resolutely Japanese for the western market. With so little context to latch on to, very few people will truly love Hyperdimension Neptunia: Producing Perfection, and that’s a pity because, as far as satirical games go, this one I’ve enjoyed more than most.

Mario Kart sends Wii U sales soaring 666% in the UK