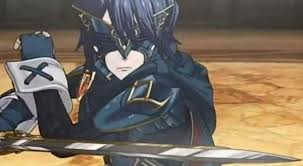 Leave it to Fire Emblem to get me playing my 3DS to the point where the battery is dying. I hadn’t seen that little red light for months, what with the majority of my time with the console being spent enjoying short spells of silly rhythm games and Virtual Console time wasters.

Then I get into Fire Emblem Awakening and my Activity Log data goes into overdrive again. This is everything any tactical strategy or JRPG fan could hope for, and then some. It’s deep, intelligent and compelling from start to finish. And here is a game where DLC isn’t only enjoyable, it’s essential. Not because Nintendo’s holding back and forcing people to open their wallets to get the full game, but because you’ll want to consume every second of gameplay possible in this, one of the finest examples of one of Nintendo’s finest franchises.

If you haven’t played a Fire Emblem game, then you’ve got some homework to do – there’s a couple of them across Nintendo’s handheld consoles, and then two on the Gamecube and Nintendo Wii, and they’re all essential. These are story-heavy JRPGs which feature tactical battles. Those are common enough, but what sets the game apart are a couple of features that have managed to remain unique to the series despite the series’ age. 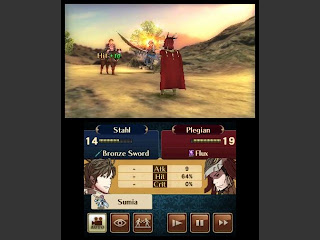 First, the game features a large cast of characters who all have well-written personalities and you’ll grow to care about Every. Single. One of them. As characters fight side-by-side with others in battle they become attached to one another and between battles they’ll have little conversations that can be funny or touching, or even mellowing, but they will all achieve one important common result – you, the player, will care about these characters, their motivations and their pain. We might not be talking about academy-award winning performances here, but think of the best manga you’ve ever read; this game’s about there.

Which makes Fire Emblem’s second unique quirk especially effective; if a character dies, they’re gone for good. Yep. This game features permadeath and it is brutal about it. Battles can take as long as an hour and if a character dies in the final moments players have the choice of either restarting the battle or going on without the character. You’ll restart the battle though because, not only do you need every character available and all their experience levels to get through the really tough missions found within this remarkably challenging title, but you’ll also restart the battle because you just can’t stand the idea that your cute, clumsy pegasus knight heroine is dead, gone from your life forever. OK, perhaps it’s not that dramatic, but the attachment you develop to these characters does mean there is an overwhelming impulse to turn your back on an hour’s work just to try and save them the second time. 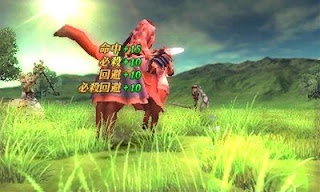 Yes, Fire Emblem has an easy mode, and it does offer newcomers a safety net option whereby “dead” characters do come back after a battle is finished – as with more standards tactics JRPGs. It’s nice that Nintendo made the concession to less focused or strategically-minded players, but that is not the way to play this game. If you buy this game, do not play this game that way. You’ll be missing the point that makes Fire Emblem so magical. Here is a game about being challenged, emotionally and strategically, and succeeding despite those challenges. It is no surprised that ATLUS has teamed up with Nintendo for a Shin Megami Tensei VS Fire Emblem title; the two games share a brutal love for making players earn their success.

Even for players who are playing on the harder difficulty levels there are a couple of concessions that have been made from the traditional Fire Emblem formula that make things that touch easier. Random battles allow players to grind a little to get their experience levels to a less desperate situation. The aforementioned DLC opens up the opportunity to gain powerful items and other additional support. As a real purist I avoided that stuff as much as possible to keep the game as traditionally challenging as possible through the majority of the game, but it’s nice that there are options built in here. It means more people might finish the story rather than give up halfway through over and over again. 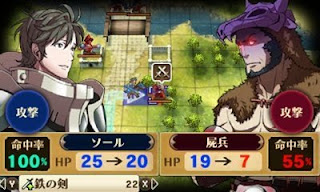 Not that I can imagine people would want to give up. Even after that thirtieth replay of the same mission the game simply demands that people keep trying. Slick cut scenes and a dramatic story keep rewarding players for getting through each objective. A nice use of 3D lends the combat sequences a nice dynamism well beyond the primitive 3D of the home console Fire Emblems and previous 2D spite-based handheld games. The music score is also soaring, and well worth picking up the soundtrack for beyond owning the game itself.

Returning Fire Emblem veterans can even enjoy a couple of new features like the ability to pair up heroes to directly support one another in combat. There is simply no reason to think that anyone would fail to get something out of Fire Emblem: Awakening. It’s just that intelligent and entertaining.

– Matt. S
Editor-in-Chief
Find me on Twitter: @digitallydownld
And also on MiiVerse: WaltzIT

Interview: Paradox Development Studio on strategy games, design, and why this genre doesn’t work on consoles