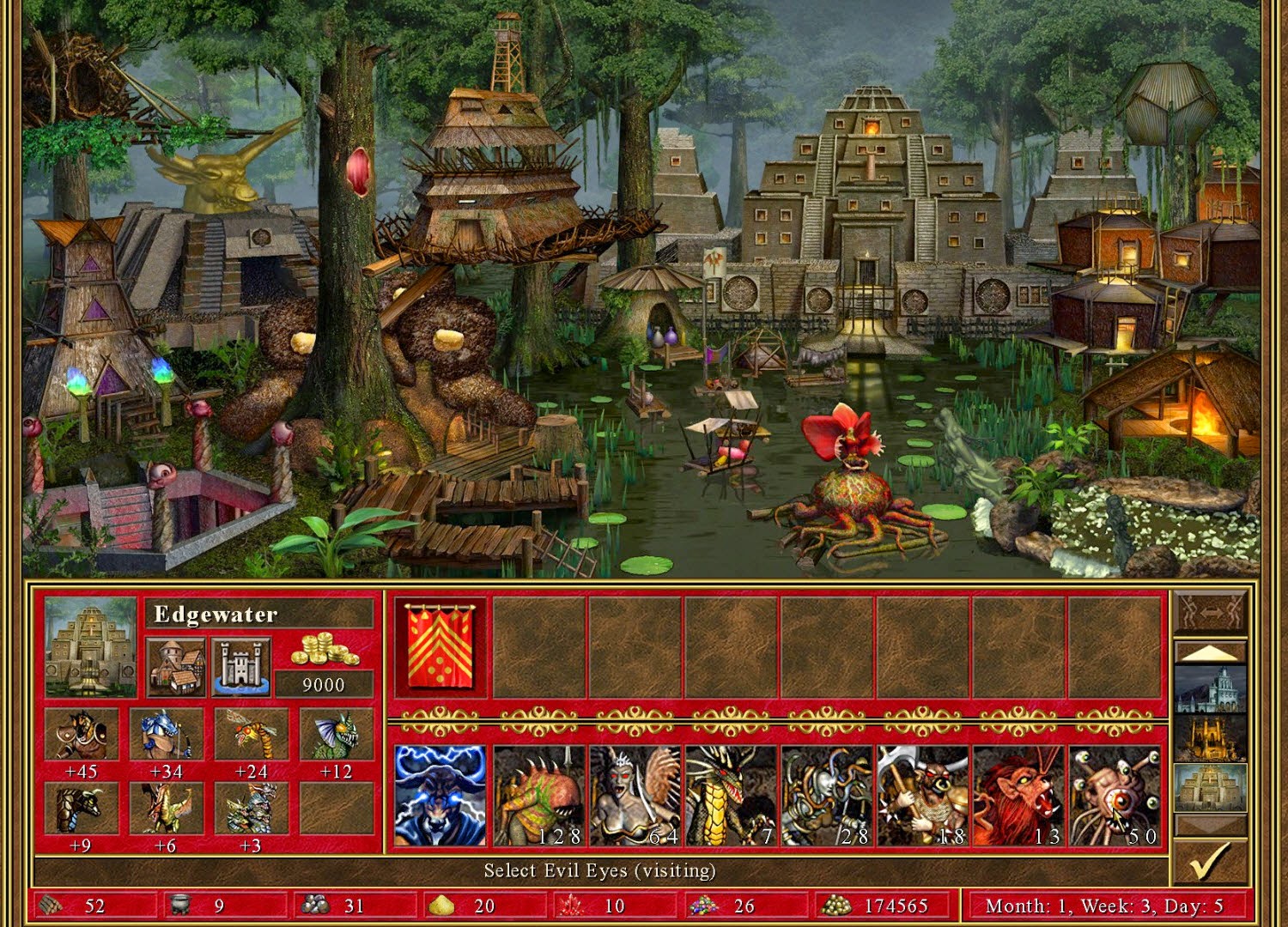 Heroes of Might & Magic III HD is not a game I believe many people were asking for, yet it is such an amazingly well-balanced tactical experience that it should be appreciated by people who missed their chance in the past. There are newer iterations in the series of course, and they are all excellent games, but we can pinpoint this instalment as the one that really helped to set this franchise up on its proper course and as a result has often served as an example for other games in the genre.

In terms of games aging well, I would argue that the strategy-RPG hybrid fares better than most. And in truth the core formula has not changed much over the years. For example, Fire Emblem Awakening is still one of my favourite 3DS games, but it is fundamentally very similar to older titles like Warsong and Shining Force. Heroes of Might & Magic III in that context is still a very current experience to play, especially when you consider that you’re managing actual armies rather than individual units. 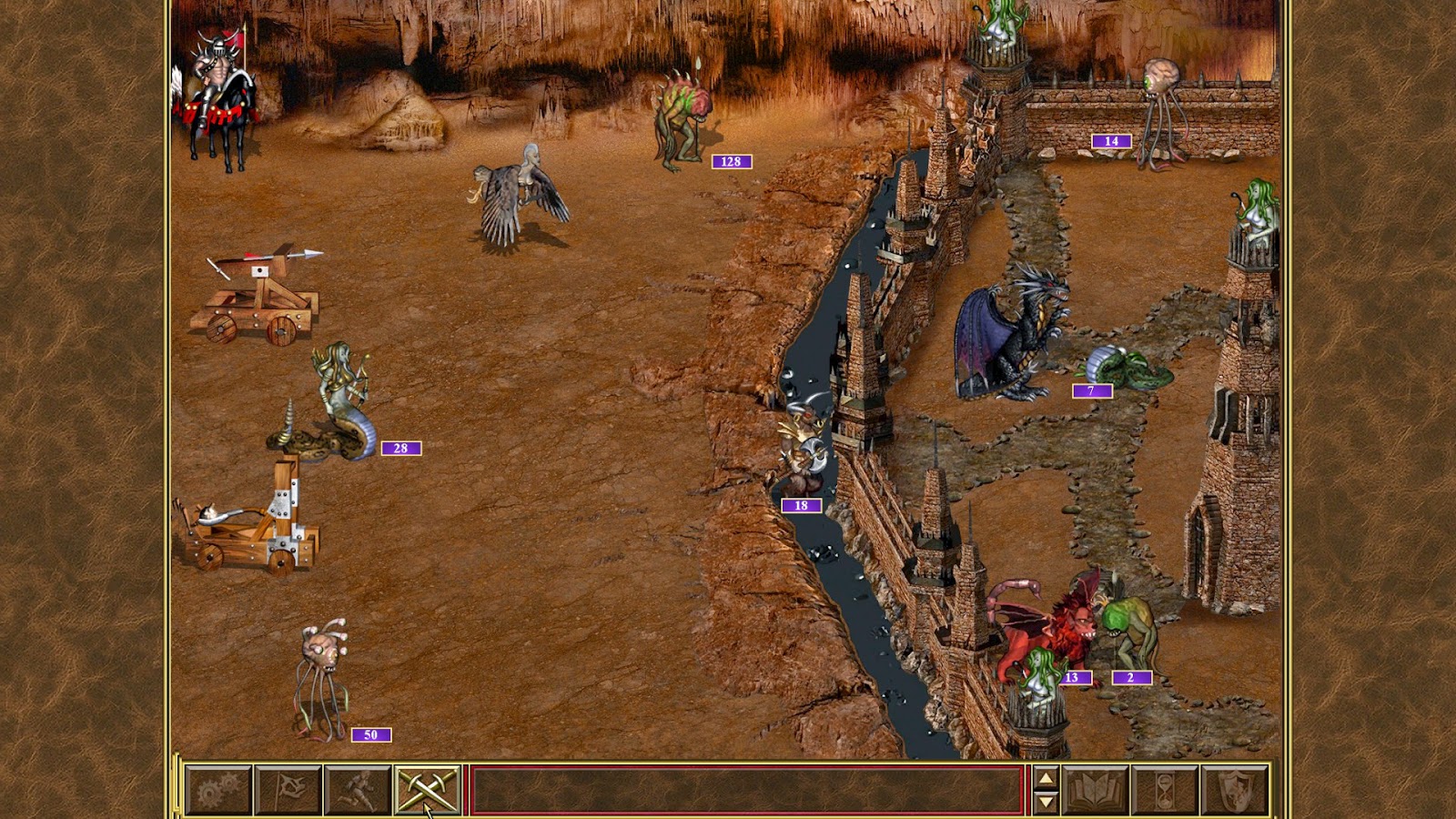 This re-release of Heroes of Might & Magic III serves two primary functions, but does feel like it missed an opportunity as well. The visuals are certainly an improvement – even more so on the bigger monitors people tend to play on now as opposed to in years past. In his review Matt talked about his days of squinting at the Game Boy Color screen studying units when he was growing up with Heroes of Might & Magic, and while I used a monitor when the first game came out, I can wholeheartedly appreciate how easy on my eyes the current visuals are. However, the update is a simple one, with touched up sprites and the like rather than the full 3D re-imaging that would have really offered a new experience.

The online accessibility is the most significant addition to the game. The new online lobby provides opportunities for competitive play that the original (local multiplayer) game cannot, and for fans of multiplayer strategy, this and Steamworks support could prove significant. I do wish the experience was a little smoother though; for a game such as this that should not have a lot of graphical data running through it, turns sure did run slowly.

It’s also worth noting that Heroes of Might & Magic III HD is based on the original Restoration of Erathia game from 1999. As such, it does not have the expansions that come packed in when you plunk down and pick the bundled complete edition found on Good Old Games. For me the ability to play in high resolution with online options is enough of a reason to play this updated version of the game, but those who are familiar with the Shadow of Death and Armageddon’s Blade expansions will no doubt miss their presence. In particular the lack of a random map generator is a bummer for those of us who beat everything the game had to offer and wanted to continue playing. 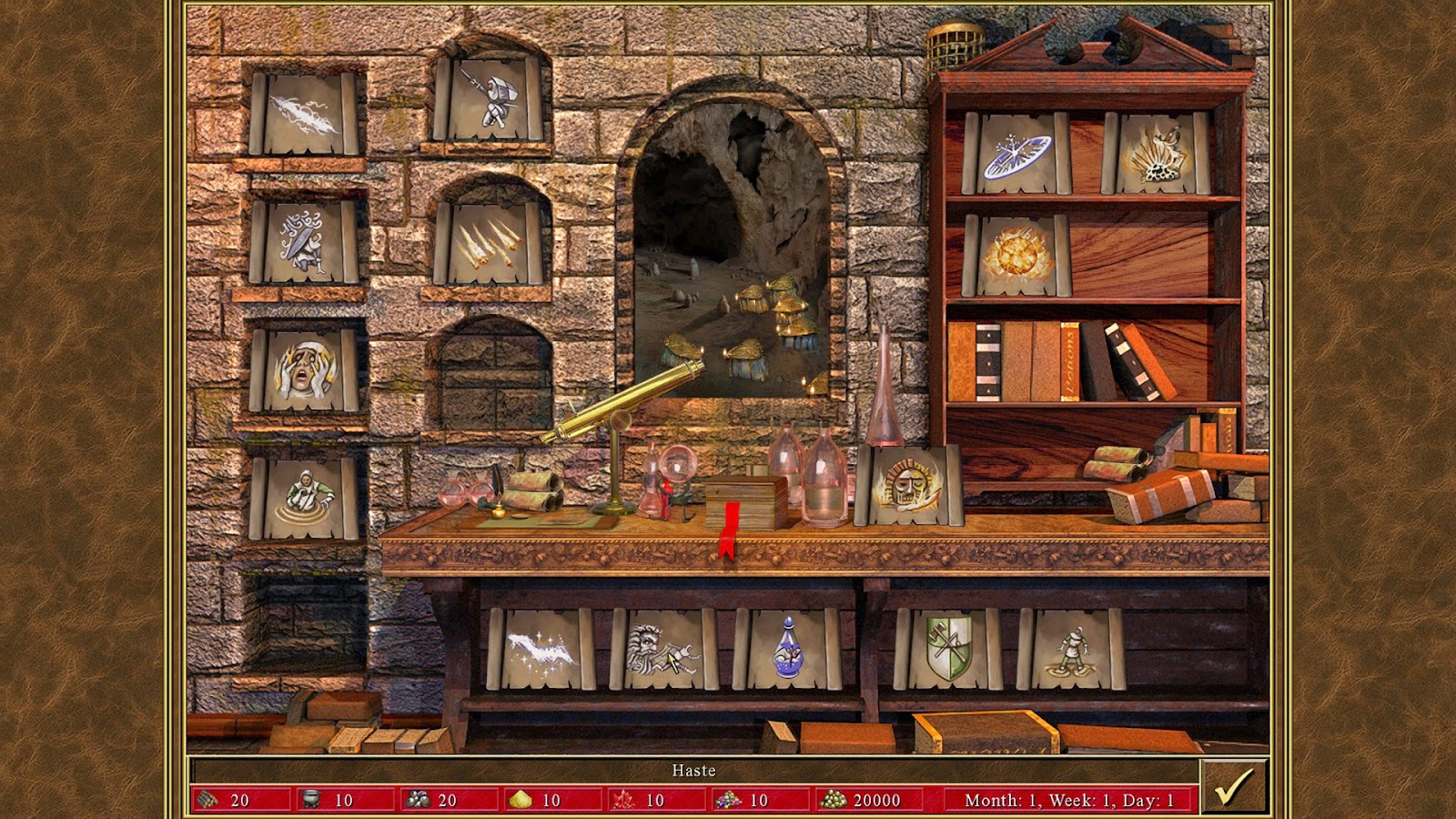 The interface is good at a glance, but some odd design choices like a cursor that returns to a previous position each move can be a little off-putting at first. No doubt the experience is still smoother on a PC than mobile, for those trying to choose between the iOS and PC versions. I have seen some complaints from other users about the game running slowly at times, but I did not personally see that myself. I have a fast computer, and aside from the lag in multiplayer, Heroes of Might & Magic III HD runs very smoothly.

So there is a lot up there about what is new and what is not here, but what is the game all about? It’s a turn-based strategy set against a fantasy world with some light RPG elements thrown in for good measure. The AI and the original campaign maps still hold up beautifully even today. While the more recent iterations of Heroes of Might & Magic owe a great deal to this title, some could successfully argue that none of them have achieved the level of balance found in the this version.

These are slowly paced games, with a tactical burn that challenge you to weigh your offensive and defensive strategies. The cast of fantastic creatures are varied – not just visually but in their stats and abilities. One or two brilliant moves can easily turn the tide to your benefit – but it only takes one boneheaded decision to see even the best of plans start to crumble around you. 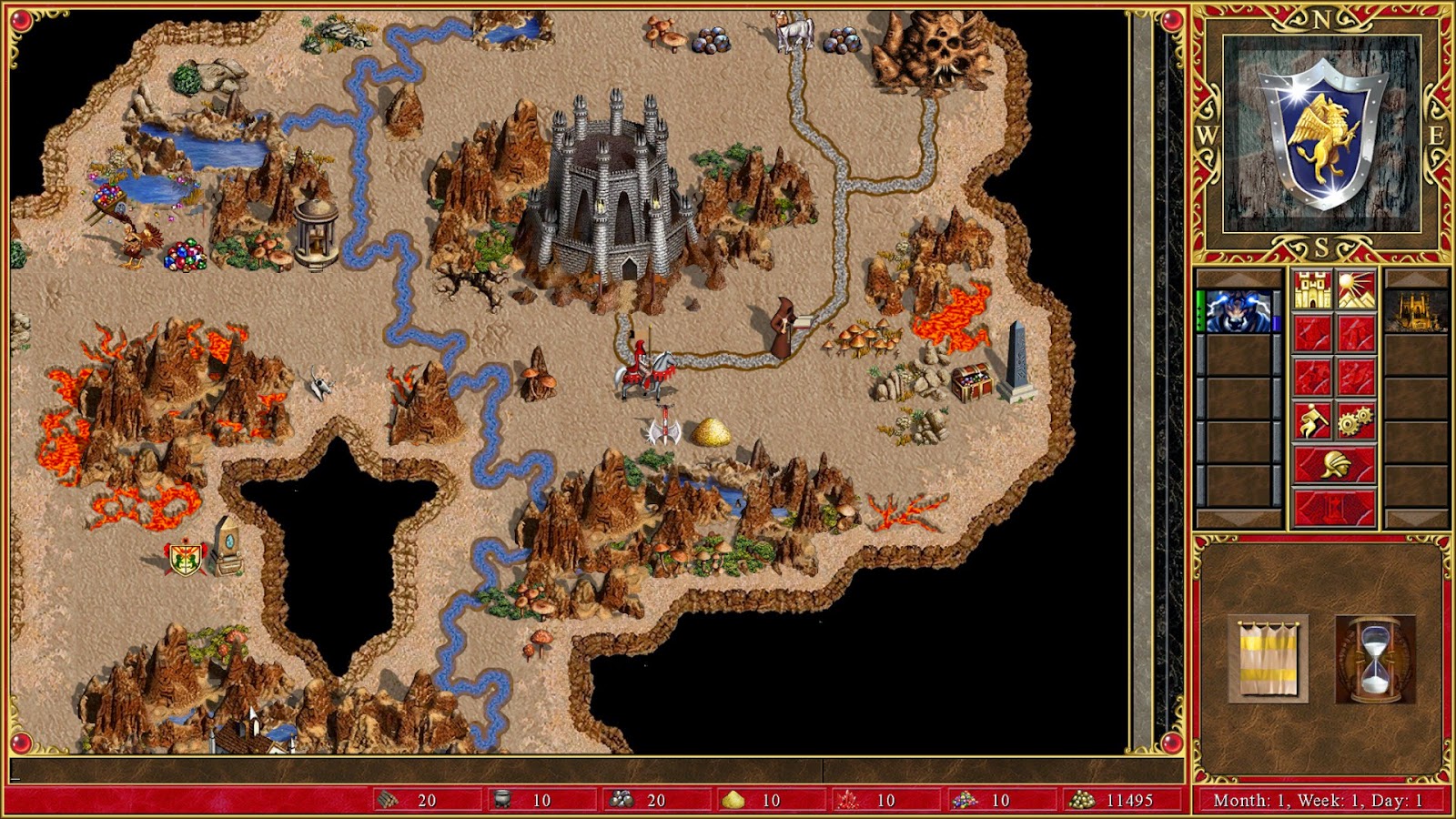 This is the same game you should have played before. If you already own it complete with random map generator and expansions and have minimal interest in the online, then this remake might not have enough going for it to convince you to buy it. However, if by some chance you missed this game before and enjoyed other tactics game, or you’re just looking to take on real people to see how good your strategy really is, then it’s easy to recommend nabbing the update.