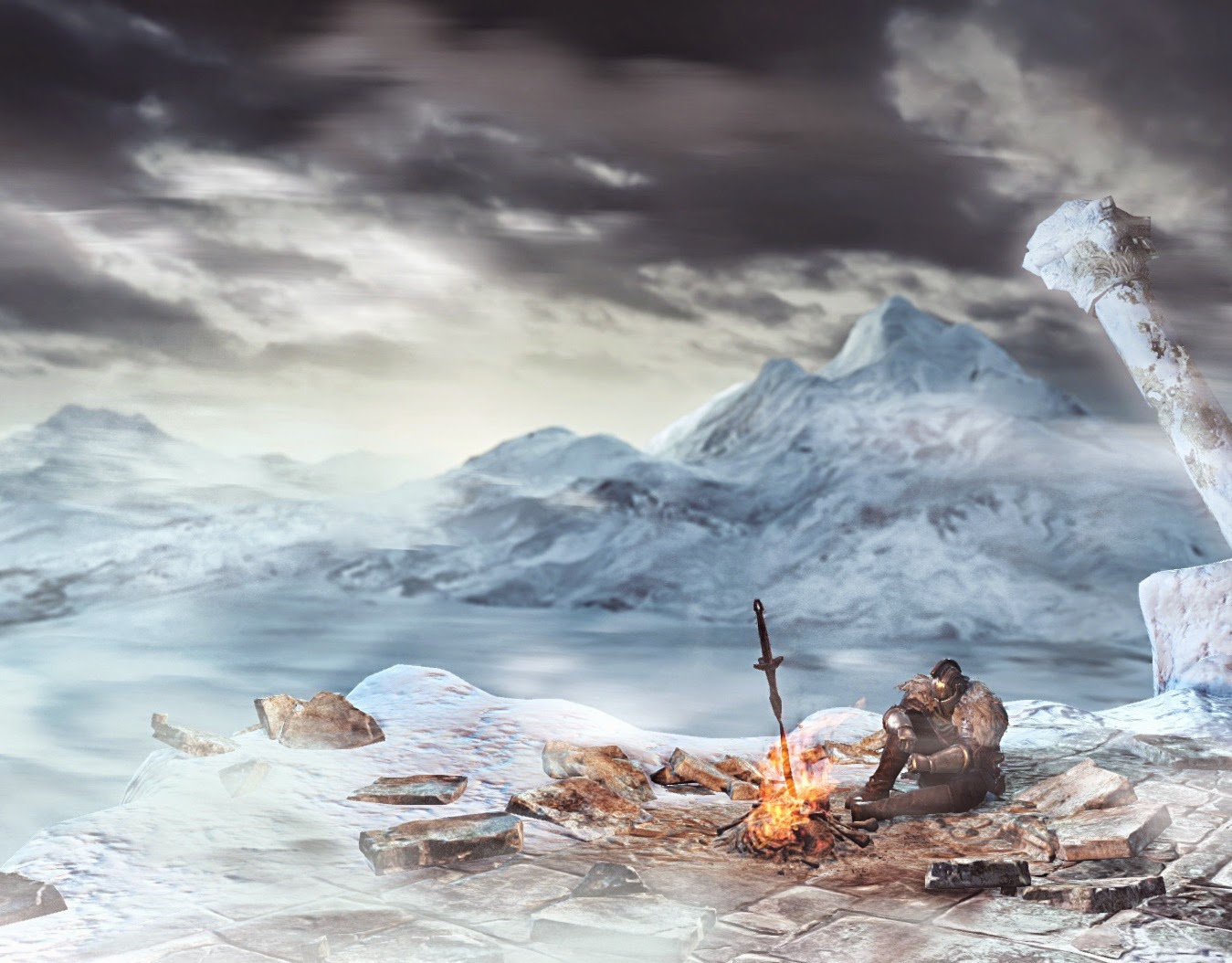 Well, this is quite the way to wrap up what has become one of my favourite games of 2014. How is it From Software has managed to take a brightly lit, snowy environment and make it just as desolate and foreboding at any of the caverns or swamps that came before in Dark Souls II? I’m not entirely sure how, exactly, but that’s what it has in fact done. The level design is brilliant, the boss battles absolutely deliver and in the end Crown of the Ivory King is an excellent parting gift to fans of Dark Souls II.

It has been an interesting arc of DLC to accompany an interesting attempt to better the brilliance of the first game. That first core game delighted and punished me with its challenging bosses and an artistic design that still impresses me with how it can so successfully dangle hope in front of the player like a carrot before snuffing it out completely. Crown of the Sunken King was the first DLC to release, and it succeeded on two fronts. First the labyrinthine level design reminded me of earlier Souls titles, but also the way the environment worked and shifted felt like it brought something new to the table that we hadn’t seen in the original release.

Crown of the Old Iron King was less inspired in terms of both boss battles and level design, though the way the common enemies were used with the environment certainly brought the pain and challenge. So with all of this in mind that I ventured forth into the DLC for Crown of the Ivory King, unsure of exactly what to expect, and I came away impressed with what is my favourite of the three expansions. The story was satisfying, the end battle incredibly satisfying and the urge to explore this new piece of land was overwhelming. 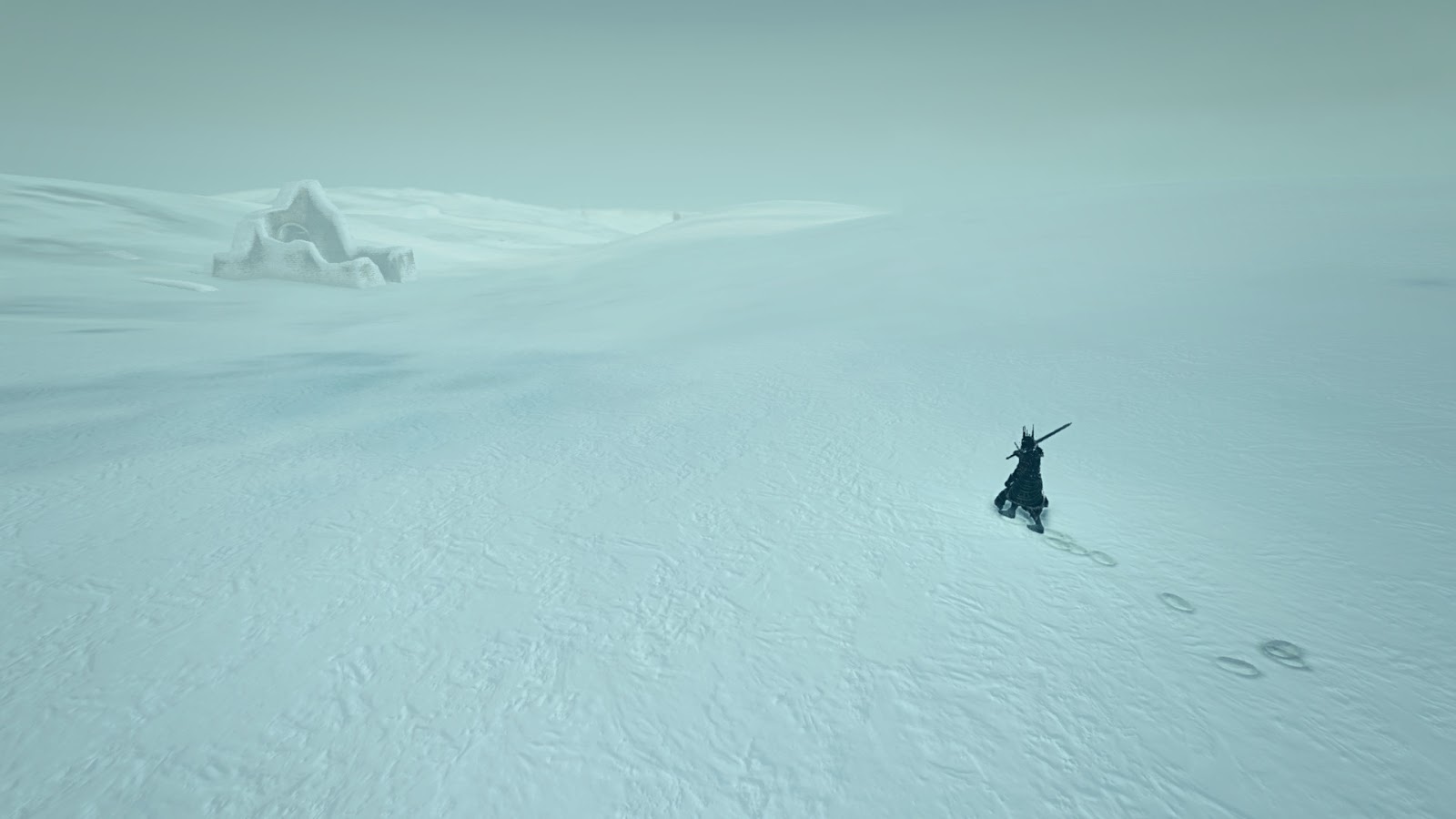 Crown of the Ivory King is that – it is an expansion. Trading in swamps, dark forests and passages for the snowy expanse was a brilliant move that makes Crown of the Ivory King something different and unique from the start. It somehow manages to be even more desolate and lifeless than even the underground caverns that litter the game, and is one of the most effectively deadly wintry plains that we’ve ever seen in a game before. As I was walking through the powdery snow all alone and quite lonely I was left with a certain heaviness to this last leg of the adventure; a sensation that I had reached the furthest reaches of the game’s world to complement the final moments of my time in the game which was both appropriate to the theme of Dark Souls II and gave me a nice sensation of closure.

Setting aside, enemies are less inventive than the ones found in Old Iron King. By now veterans of the game will know what to expect from each critter that is thrown at them. Aesthetically they do look different to fit in better with the icy environment, but in execution they are not all that different from the countless hordes that players will have slain to get up to them.

Perhaps because the developers knew that there would be no new surprises in enemy design, this DLC pack compensates by being arguably the most challenging of the three. As with the other Souls games at their best, this difficulty at no point felt insurmountable, and it took about half a dozen hours to go through and see everything that it had to offer, which is reasonably short, but in meant the Ivory King didn’t outstay his welcome. 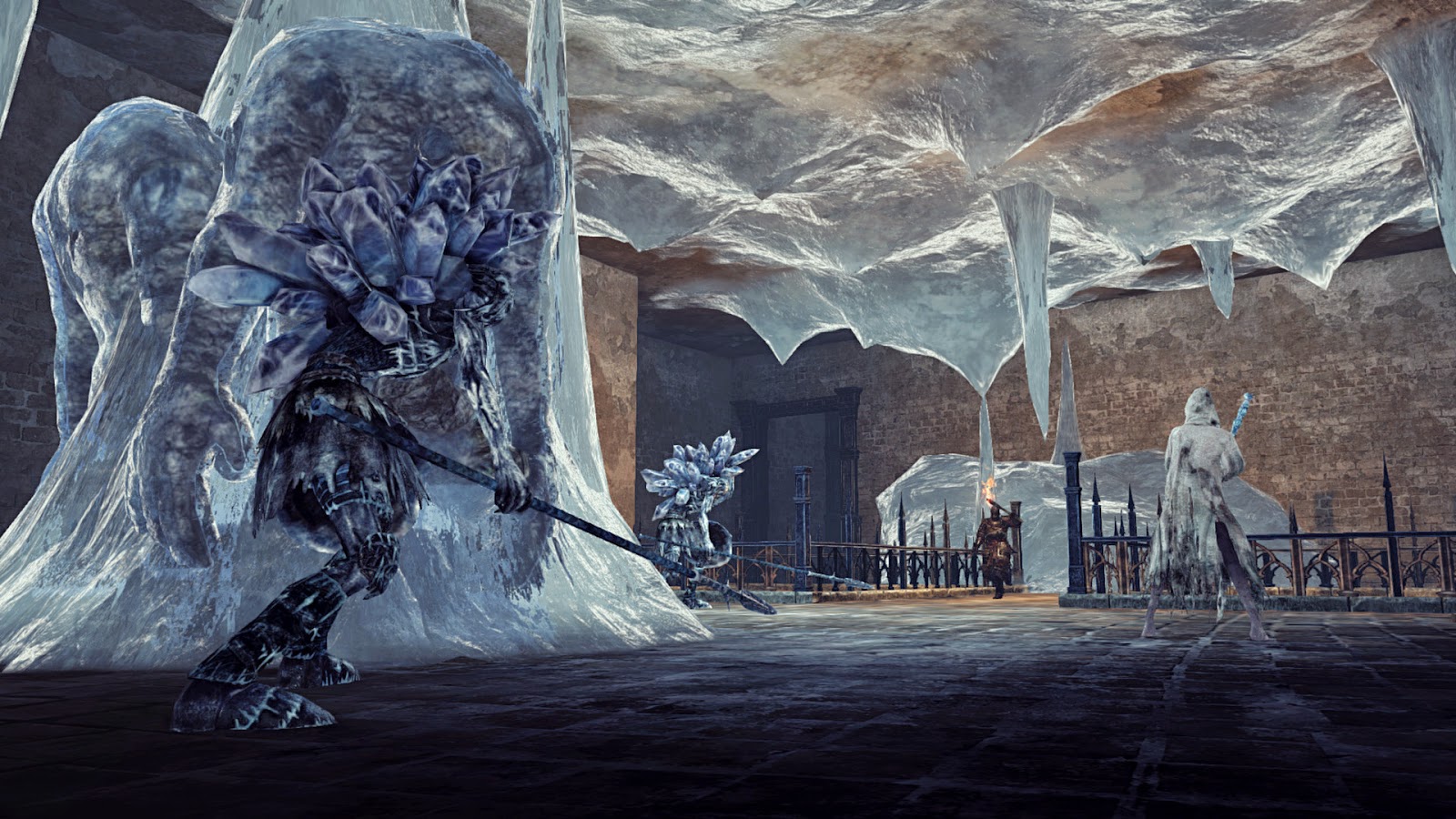 I need to make a special note about the boss battle, which somehow managed to awe me to the point where I had no idea how I was ever going to overcome it, while also avoiding frustrating me by behaving cheaply. Everything this thing did was reasonable to the player, in the sense that there were no dirty tricks that were impossible to predict or counter. It was simply that this DLC’s final battle understands perfectly how to challenge everything gaming skill the player can muster.

Now that the story of Dark Souls II has been fully told, the theme of persistence is key. I think back to my initial review, where those brief flashes of light and life offered hope against overwhelming, almost oppressive odds and darkness. Dark Souls II: Crown of the Ivory King concludes the adventure, the player has earned the sense of hope that he/ she is left behind with. At least until you begin the adventure anew and Dark Souls II ups the difficulty and prepares to make you die yet again.