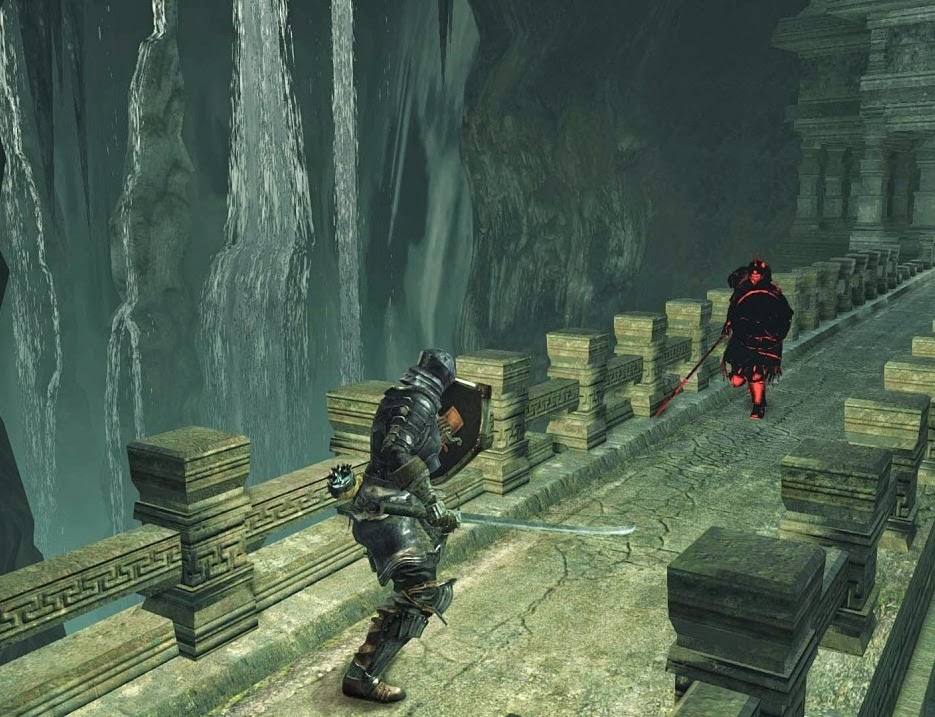 Dark Souls II has been among my favourite titles of 2014. It has a palpably dark, heavy setting that has weighted in on me throughout the journey, making even small victories seem more important than they probably are. It is one of the ultimate high risk/ high reward titles, and Crown of the Old Iron King feels right at home as the newest addition to the series.

The last DLC – Crown of the Sunken King – was more puzzles orientated than players who had worked through the main game might have been expecting. The way that players needed to use levers to work though a rotating, shifting structure was reminiscent of the older Souls games, or even the King’s Field series that predated Demon’s Souls. In Crown of the Old Iron King the walkways are cramped for space and I frequently found my warrior treading very carefully because the dimly lit corridors that stretched out inside of the iron towers offered freedom but promised a swift death to the careless. There’s not much room for puzzles, but simply surviving is as difficult here as anywhere else the game to date.

Not everything is quite as dark and dank as you might be expecting in Crown of the Sunken King, however. There are some beautiful moments where the scenery is simply amazing, especially when you head on outside. Dark Souls 2 may not have the most powerful graphics engine ever, but the designers understand art design better than almost anyone in the industry. While most of Dark Souls II is shadowy and oppressive, the moments of hope that these beautiful vistas provide allow allow for a break, meaning that the plunge back into the darkness is all the more intense. 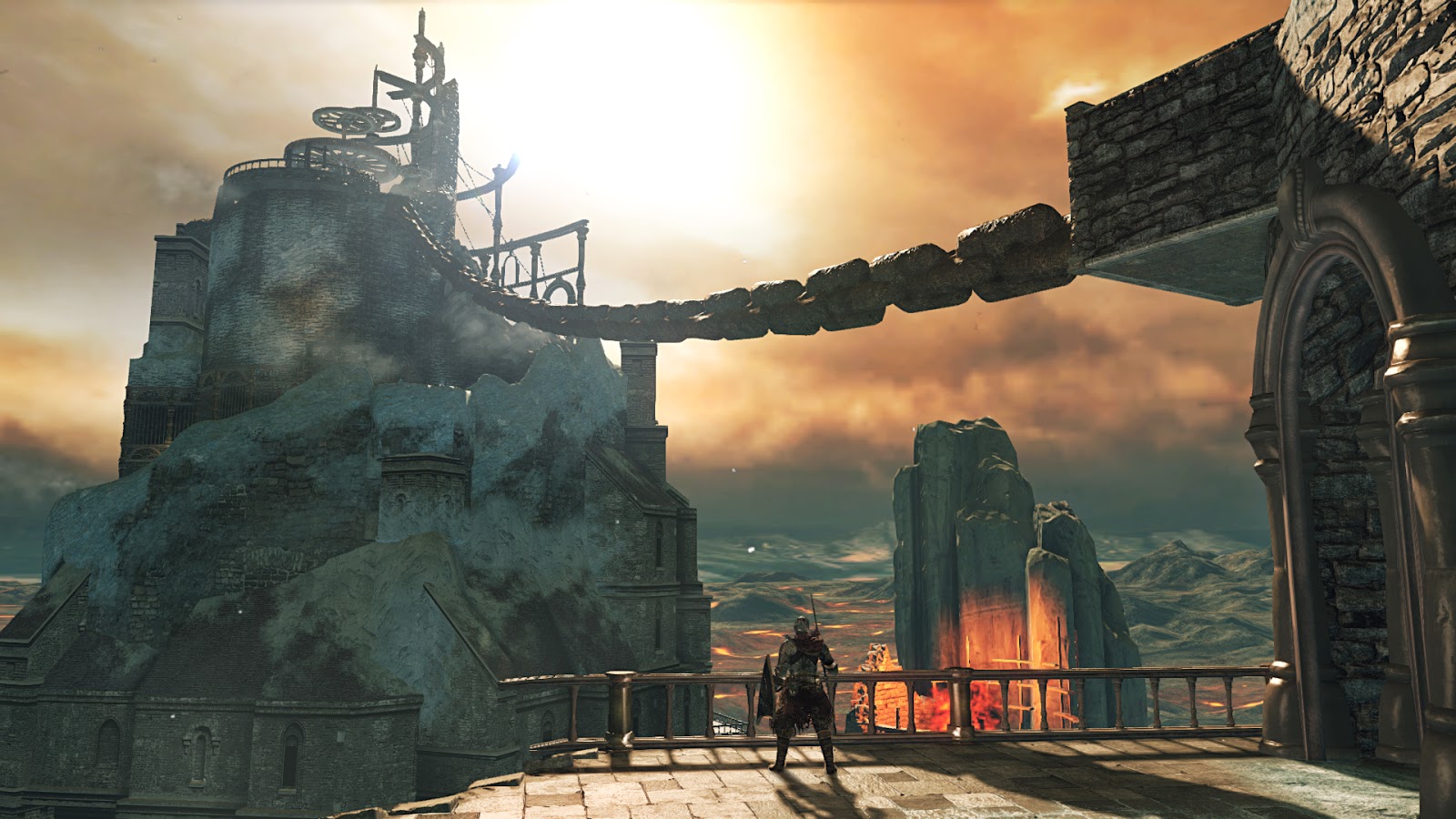 Both of this DLC’s bosses (and there is a third optional one) are challenging, but and while each individual player is going to find different bosses in these games “unfair” or frustrating, to me these were better balanced than we saw in Crown of the Sunken King. At the same time, their behaviours are much too familiar at times. I’d even go as far as to argue that one of them is the Souls equivalent of a palette-swap. The regular enemies are incredibly aggressive and more than capable of forcing a misstep off one of those narrow platforms. Others will mob your hero with superior numbers. However, there are some excellent rewards to be had for those that fully explore what this tower has to offer. Fire and iron feel like an easy extension of the base Dark Souls II formula.

I actually liked the level design better in Crown of the Sunken King, but there’s an inconsistency working into the DLC which is not entirely for the best. The puzzle elements that made the first piece of DLC something that built on the Dark Souls 2 base were gone, and there’s the sense that the developers are running out of ideas, beyond upping the aggression levels of enemies and throwing them at you in bigger groups. There’s a lot of deaths to be had, but it’s almost generic about it now.

And the actual run time of the DLC is short, too. Too short. Perhaps because the puzzles and level structure of Sunken King provided more trial and error and time spent experimenting with the layout, it took me longer to work through that one. So, while this expansion is still fun, it’s the least worthwhile addition to the Souls experience to date.