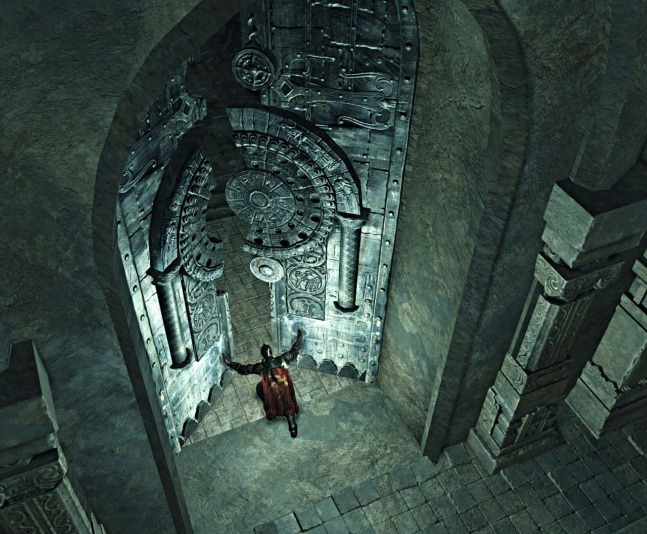 Hot off of the heels of punishing myself by playing Dark Souls II, I immediately jumped back into the world of Drangleic, this time to explore the game’s first DLC expansion – Crown of the Sunken King. For what it is worth, I was initially skeptical. I had my doubt that an expansion could bring something new and truly interesting to the table, but despite a few missteps, Crown of the Sunken King marks yet another solid entry into the Souls series, leaving me very excited to see what developer From Software will turn out next in its DLC strategy for this series.

Oddly enough, it was not the new creatures or bosses that kept me most engaged during my first time through this content (which clocks in around five or so hours, if you are digging into every available nook and cranny), but it was rather the world design and the level layout, which in many ways is an improvement from the core game. I felt that Dark Souls II wasn’t especially well connected, with the bonfires transport system freeing the developers from needing to create loops in the labyrinthine dungeons to allow players to drop back into the main adventure as they play. It has made a glorious return in the Crown of the Sunken King DLC with intricate environments filled with shortcuts and grand loops to explore.

Another addition seen in the expansion is the introduction of triangular switches. When activated, these switches shift and shape the land around your hero, conjuring pathways and structures that open new avenues but often present new enemies as well. There has always been an emphasis on planning and execution in the Souls games, but the inclusion of these switches adds a whole new layer of strategic thought to the game. Aside from just unleashing monsters and new paths, these shifting landscapes also dangle new collectibles to tempt you into further risking your hero’s life and limb. 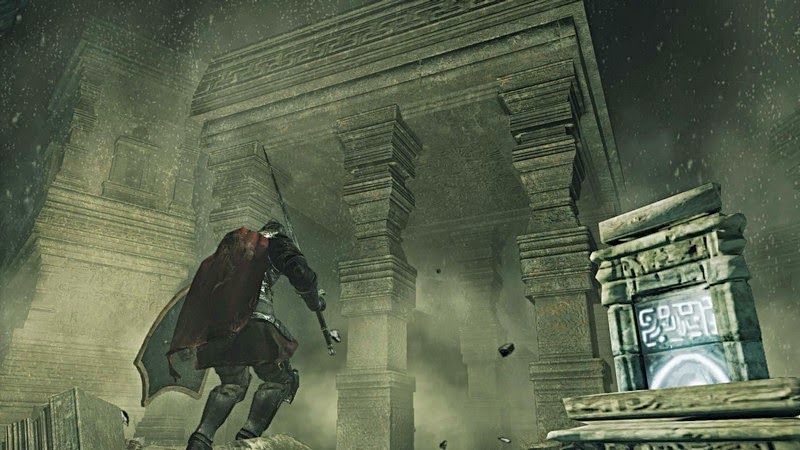 Regardless of world design, combat has always been the main focus of the Souls series, and it is largely the same in this DLC as well. There are a handful of new creatures with three new bosses providing the bulk of the challenge. Two of these bosses feel largely like reskins of older bosses with the third one being comprised of three human-sized characters.

Lack of boss originality aside (not to mention a difficulty curve which would great benefit from some tweaking), Crown of the Sunken King builds upon the already well-established formula that Dark Souls II laid out, all while adding another layer of complexity. The core game streamlined the experience with linear levels and the ability to warp about using bonfires, but Crown of the Sunken King returns the series to its roots.

Chances are, if you are a fan of the Souls series, you were going to pick this DLC up regardless. However, if you enjoyed the original Dark Souls more than the sequel and were disappointed by the sequel, this DLC might feel a bit more familiar and a good deal more up your alley.